You are using an out of date browser. It may not display this or other websites correctly.
You should upgrade or use an alternative browser.
Was Brad Delp (Boston) a much better singer than Michael Jackson?

Bradley E. Delp (June 12, 1951 – March 9, 2007) was an American musician, best known as the lead vocalist of the rock band Boston. Delp was known for his extremely high range, and is often cited as a key influence in the rock music vocal scene.

Though well known for his [size=small]"golden" voice with soaring vocals and range[/size],
Brad Delp was also a multi-instrumentalist, playing guitar, harmonica, and keyboards.
Additionally, he wrote or co-wrote several songs for Boston and many other artists.

While reading about the Boston (1976) album I found this:

By the way, this is what Head-fi'ers say about Michael Jackson's singing. 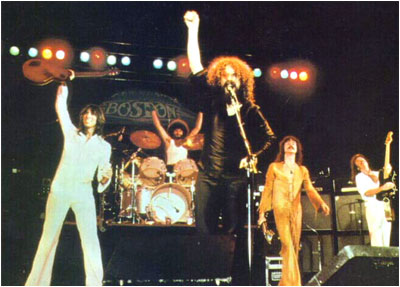 IMHO, Brad Delp knocks Michael Jackson down in the first minute of the first round!

Yes, easily. Better musician too. But that's why I couldn't really compare the two. I saw MJ as a dancer more than anything else.

to understand the results of the poll?