You are using an out of date browser. It may not display this or other websites correctly.
You should upgrade or use an alternative browser.
Violin Sonata In D Minor ('La Folia') (From 'Jefferson In Paris')

I'm only starting to build my Classical collection. Most of the stuff I have I've got from Soundtracks albums and such. But I really like this track, especially the Violin in it. What else should I check out? Just looking for ideas.

Buy albums that have the words "Folia" or "Ostinato" or
"Chaconne" in their title. (There are several, not least
from Jordi Savall and his band Hesperion XXI on his own
label Alia Vox.)

Alternatively you can try listening to more Corelli
(Violin Sonatas, Op. 5 of which La Folia you heard
is a part, boast several good recordings - Andrew
Manze and Richard Egarr on Harmonia Mundi is one
of them.)
team classical and early music
team sennheiser AND stax AND ety

Whats the significanc/meaning of those? 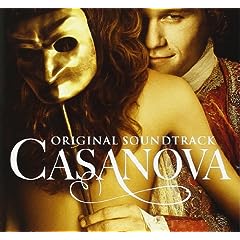 Ostinato: Short melodic pattern (motif) repeated in the same pitch through out a musical composition. Here's a link to explanation and examples.

Chaconne: Originally a triple time dance (similar beat to minuet or waltz) popular in the Baroque period, now refers to the variations of a motif repeated throughout a piece of music (similar to an ostinato). Purcell's Gordian Knot is a very famous one as is Bach's Chaconne from the D Minor Violin Suite.

Thanks for all the info guys. Appreciate that.

Corelli was really active primarily at the Papal court in Rome
but the Folia de la Spagna theme he composed his piece on
was popular throughout Europe. An album called this is
recorded by Gregorio Paniagua on the Harmonia Mundi label.
The sound is so sensational it is now released on SACD
even though the recording was made back in 1982.

Thanks. Interesting store.
You must log in or register to reply here.