Taking the plunge into Stax with an SR80 (well, SR-84). $50 eBay gamble, we'll see if they even work. I expect the earpads will be shot, does anyone know if the regular Lambda series pads will fit?
In the beginning, God made the light.

The first mistake was called 'Man.'

The second mistake was called 'Wo-man'

And the third mistake was the invention of the poodle.

Good all around thread, even if replies are intermittent.
Recently grabbed a pair of SR-3 clones ( not SR-3 "NEW").
One side is taking it's time coming up again and I am gambling it does over time, vs. having some issue that is getting worse by me running them longer.
Why I say this is because when I tap the side of the cup that the lower volume driver is on, I get an annoying springy twang sound.
All connections and wires look solid, I do not think it is the pvc coated wires vibrating that are held tight after the capsule is seated again= it sounds more metallic than that.
Has anyone ever experienced that twangy sound when tapping their cups?

I suppose I will have to reopen them, then hold the wiring with some pliers to isolate the driver capsule in mid air and tap that.
Thenn isolate the empty cup outer itself doing the same thing
Sure hope a stator has not loosened off, but the way everything is clamped in the design likely not the case.
Worst case I find an equivalent replacement, and/or open the capsule and recoat them both.
Most likely the former as recoating is a waste of time on these best to simply swap in others.
Last edited: Jul 2, 2017
" The rock n roll jam session was terrific. " -Wesley Willis
" I don't chew my cabbage twice. "-Major Frank Burns
" Such mix, cocktail in sounding, ice cream from above, cream with fruit from below–cold detailed treble and warm bass together with the pleasant middle " -An Eastern Bloc Orthonaut
" Skeptics ignore things they don't want to be true " -patrick82
"If you look long and hard enough you can always find somebody who doesn’t hear it." - Old audiophile expression
Share This Post
post-13747046
Post #213 of 224

I got a SR-44 set up around 1975. It eventually developed an intermittent signal loss in the L earspeaker and fell into disuse. So sad!
In 2014 I bought a used SR-4. Happy again. Also, that was my introduction to eBay. Eventually I found a SR-34. I actually think I like the SR-44 better. Four months ago I Picked up an SR-X Mk III/Srd-7 for $165. Clearly the best of the 3. So 2 weeks ago I took the SR-40, SR-30, and SRD-4 to a local Audiokarma meet. I figured I's sell whichever set-up the buyer preferred. Lots of compliments. No sales. Each listener said they were not "a headphone guy." Philistines!
Share This Post
post-14199616
Post #214 of 224

Hi
I recently bought an Srm1-mk2 amplifier from Japan, but it appears that the transformer looks damaged
I found a schematic from the amp but the voltage of the secondary is not specified in it. Anyone have the specification of the transformer? I will be able to replace it
Thanks
Share This Post
post-14349993
Post #215 of 224

This week end my old stax Lambda professional fell to the ground and the left earspeaker's driver separated from the baffle. Initially it just moved within the case with full volume - but after some time, the volume was reduced very significantly - I have to move balance 100% to the left to notice that side is playing. Also treble balance seems to be poor.

Initially I disassembled it and then pasted it back to the baffle frame. Same problem. Then i saw that the contact connecting to the lower part of the driver assembly was broken. I soldered it after removing a lot of rust with Caig Deoxit, but it still doesn't work well. Checked the contacts with a multimeter and everything seems to work.

May it have happened that the broken cable made contact with another cable, shorting something and damaging the RD7/Professional driver? Where to test for that? I only have a single energizer since I sold a WEE and I cannot check with another Stax or energizer either. DC Voltages seem OK, but the problem may be on the signal

The other side works fine, thanks.

I have a similar problem with my SR-X Mk III/SRD-7; but on a much smaller scale. I am not sure if it's the earspeakers or the Driver; but I think it would be corrected with a driver that has separate volume control on each channel. I've been looking at a SRM-313. Does anyone know how it compares sonically with a SRD-7?
Share This Post
post-14360460
Post #217 of 224

Compared to the other questions in this thread, this one may be rather simple: I have a Sigma Pro and it works fantastically, but the adhesive securing the ear pads to the chassis is losing its adhesive properties. What would be the best option to re-securing the ear pads? Double-sided tape? Some type of glue? And I am assuming I should simply use rubbing alcohol to remove the old adhesive? Thanks for any help.
Share This Post
post-14360574
Post #218 of 224

Double-sided tape will work fine. Just be careful with using cleaning fluid, use very little to make sure that it doesn't get anywhere near the transducers. But the safest way is to remove the adhesive without using it.
My old feedback & new feedback
Lavry DA11 -> Stax SRM-727S + SR-Lambda / CEC-HD53N + Sony Qualia 010 / Sennheiser HD 250 Linear
Share This Post
post-14387946
Post #219 of 224

I’ve recently acquired a set of very old SR-Lambda (serial number is around 2000) in a very good condition, but the continuity of the cabling next to the strain reliefs are broken. The sound is flawless except that some static can be heard when I am moving my head.
My question is that if it is possible to cut back and remove the damaged section of the wires and reuse the same relief somehow, or they are glued together?
Is it something that can be done without damaging the earspeakers?

spritzer said:
Most of these are due to the massive volume mismatch between the headphones and speakers connected to the loopout. Forget to turn down the volume before turning the switch and you get 400+Vp-p- on the stators and the diaphragm starts to arc.
Click to expand...

Sound is great from the left channel but the right volume is much lower.

I understand there is an issue with the channel inbalance with old Stax. I opened them up and took a look and noticed that there are 3 wires going into each diaphragm with very thin wire then going into the plastic sealed unit. Sorry for the poor use of terminology. From a sight look the wire is so flimsy on the channel with the low sound that flimsy silver wire isnt there on the left channel. Does this look like the problem? Any opinions appreciated. 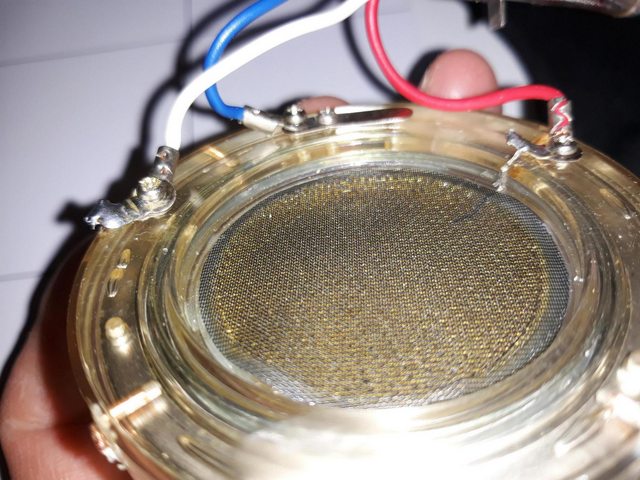 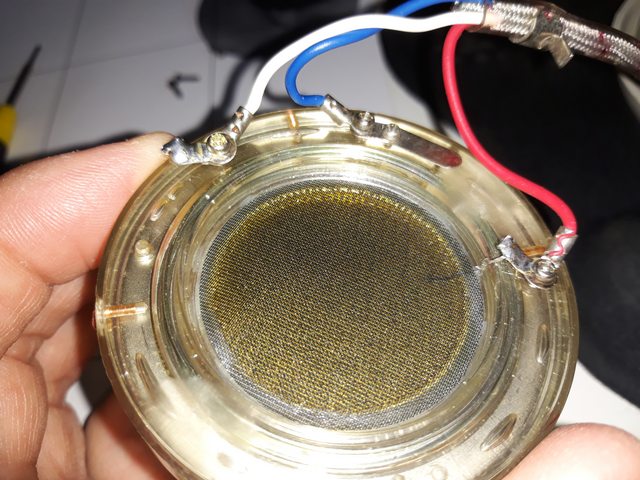 Stax SRD7 / SB
Does anyone have a schematic for the self powered Energizer?
Or a manual?

I recently got a SRA-3S and except for balance issue it sounds and works wonderful. The volume and balance control however are in bad shape and I want to replace it. Does anyone know if it's a specific size or value or I can swap it with just about any volume and balance pot? Also I want to convert one of the sockets to a pro bias. I looked through a few posts already but I still don't know how to do it for this one in particular. Any help would be appreciated.
Share This Post
You must log in or register to reply here.
Share:
Facebook Twitter Reddit Pinterest Tumblr WhatsApp Email Link