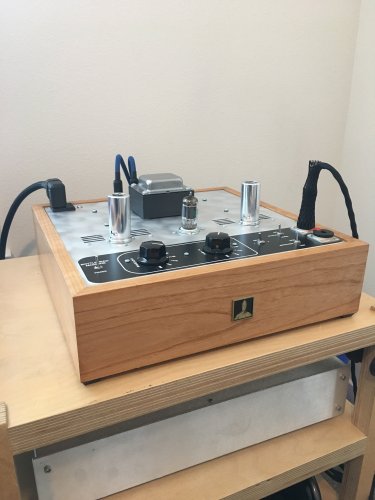 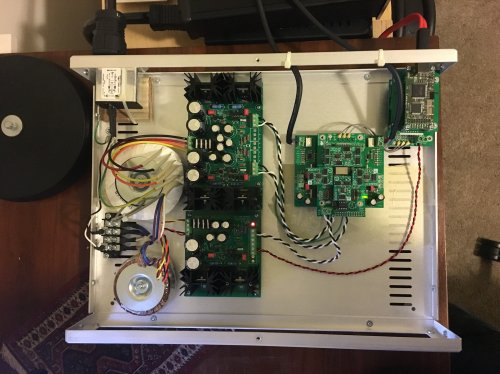 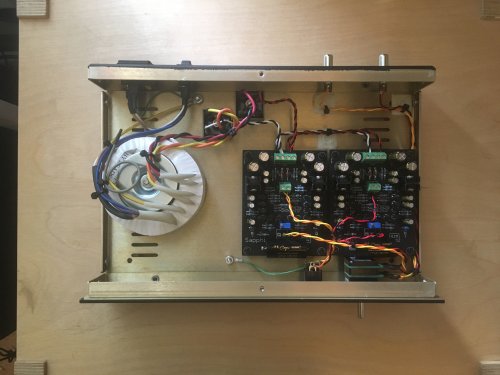 Looking to get some guidance on amps for the HD800s, which I plan on purchasing next month.
The DAC I'm using is a Twisted Pear Audio Buffalo 3 SE (9038Pro). I recently finished building it with the Cronus reclocker and have no plans on replacing it. Previously I've had an Ayre Codex, Bryston BDA-2, PS Audio Nuwave DSD and so many other less expensive DAC's. This one is here to stay.

Besides the DAC, I have an HD650 with CK2III, and HD700 with an RJM Sapphire v4 (this one seems less familiar here).
The HD800s will replace the HD700. I will initially use them with the RJM Sapphire, which I hear from some places is a good pairing.
I built the Sapphire without intention of sale and parts alone cost me over $500. (TKD pot, Mundorf input caps, Kimber RCA's, Furutech IEC, Parmetal case, etc), so I'm reluctant to replace it, unless something can offer a noticeable improvement.

I am intrigued by a Tubes option, and am willing to go DIY.
Ones on my radar that could be worthwhile:
Bottlehead Crackatwoa or Mainline
Decware CSP3
Elekit TU-8600
Budget is around $1500

Attached photos of my Sapphire and Buffalo builds, for those less familiar.

In my opinion you should definitely go for the Mainline. You can build one and are willing to, and it's one of the best pairings for the HD 800 (so should also sound really nice with the similar HD 800S, which I have used but not with the Mainline), and Bottlehead amps are just some of the best tube headphone amps money can buy. You can also upgrade the Mainline as you see fit while you build it, such as using more highly regarded capacitors (e.g. Mundorf).
Share This Post
post-14533526
Post #4 of 8

itsikhefez said:
No HD800s owners out there that tried these tube amps ? (Mainline, Crackatwoa, CSP3, Elekit ...)
Click to expand...

The Elekit is a lovely sounding amp - I wouldn't hesitate to buy (and build) one. The version I listened to had the Lundahl transformers.
There's a fine line between hobby and mental illness.

I've heard the HD800S at a store on a tube amp, and it sounded very smooth and thick.
The sound changed a tiny bit in tone when on a solid state.
it really depends on your taste, id say go for tube power for these headphones if you're able to.
Headphones:
Sony Z7m2 / Beyerdynamic DT1990 Pro / Bang & Olufsen H6 (Gen 2) / Sony MDR-7506

Thanks for the suggestions so far!
Mainline and Elekit each have a +1.

I was actually at a Head-fi meet at Bottlehead HQ a few months ago, and I listened to their amps as well as the Elekit which someone brought.
Although, the listening environment wasn't ideal at all.
The rooms were pretty noisy and I wasn't familiar with most of the music that were connected to the amps. I was also using my HD700's primarily.
I do remember that I liked the Elekit, and that it was hard for me to distinguish between the Crackatwoa and the Mainline, but again, the environment was less than ideal.

I ended up building a Mainline... which I am super happy with.
While it does pair great with the HD800S, it actually brought my HD650's to life.
I just posted my HD800S for sale, because I find myself using the HD650 more.. (oh and because I pre-ordered the ZMF Aeolus