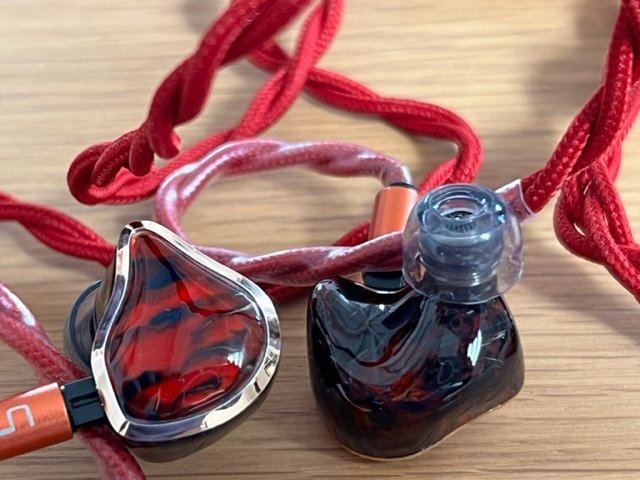 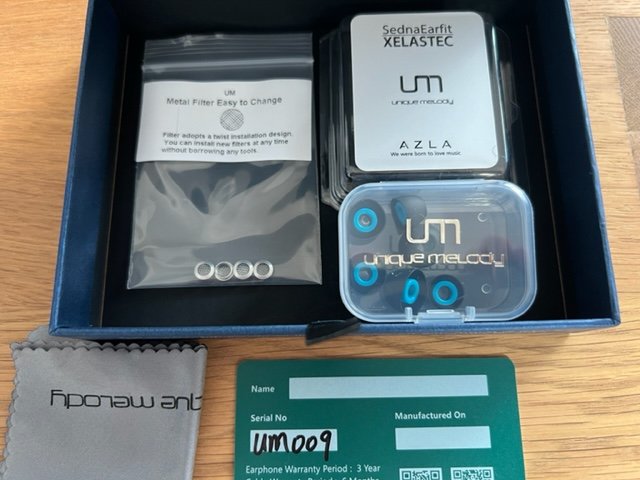 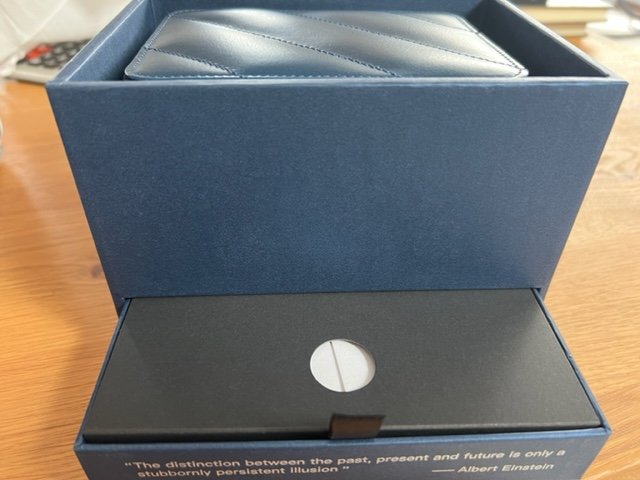 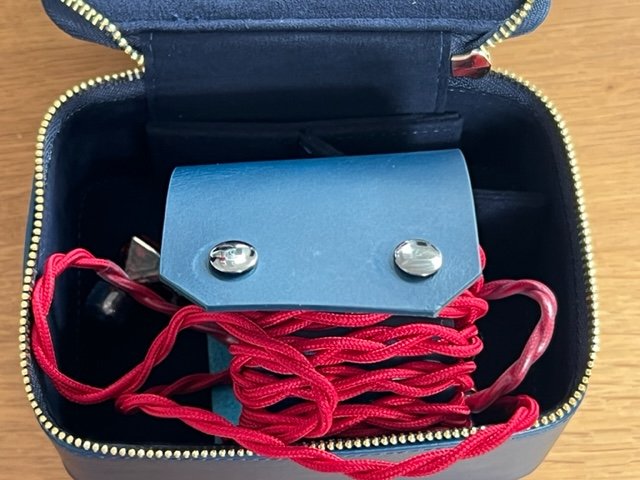 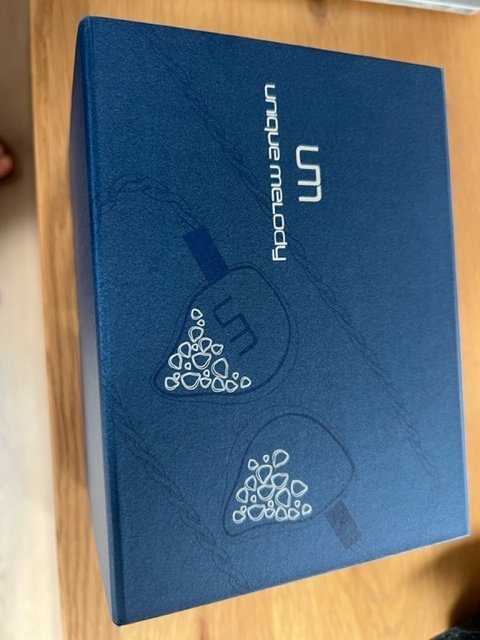 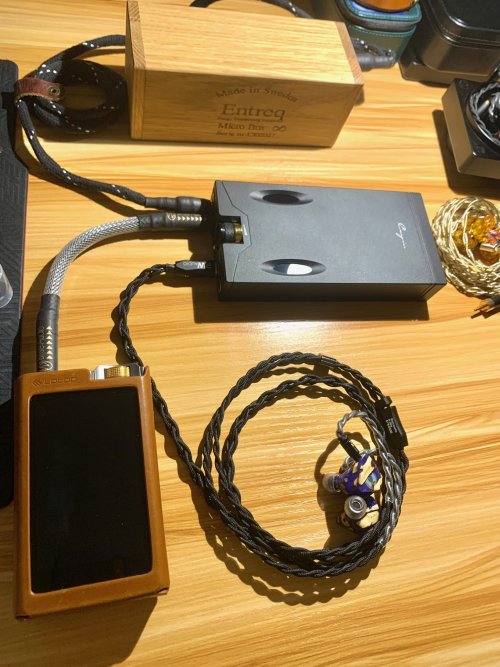 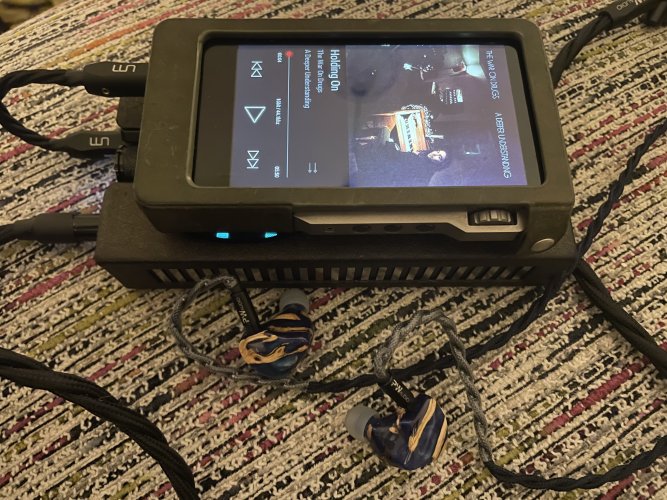 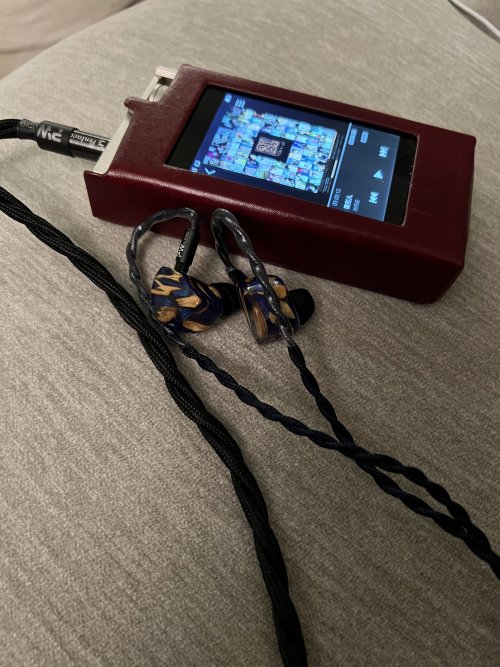 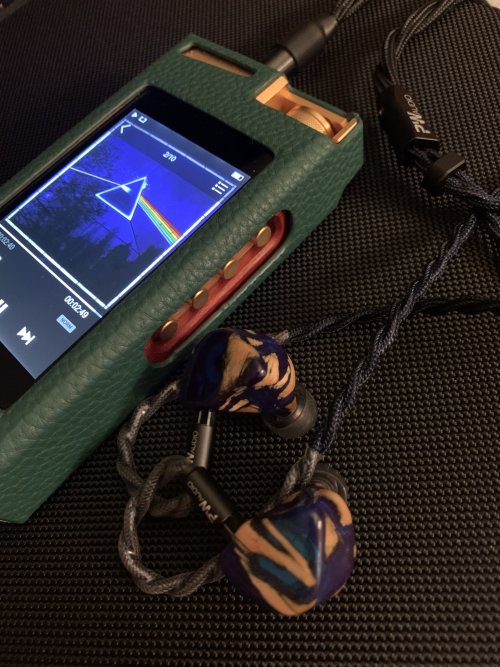 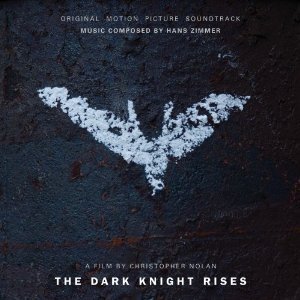 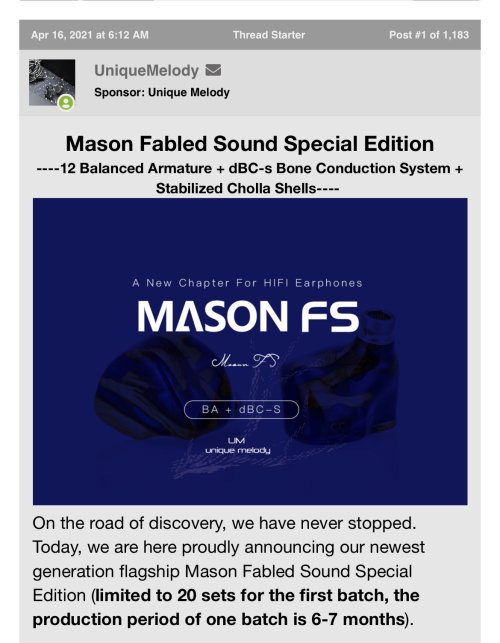 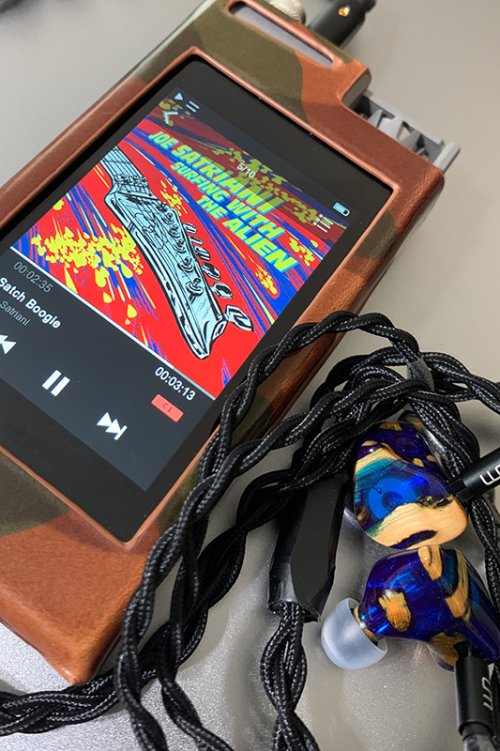 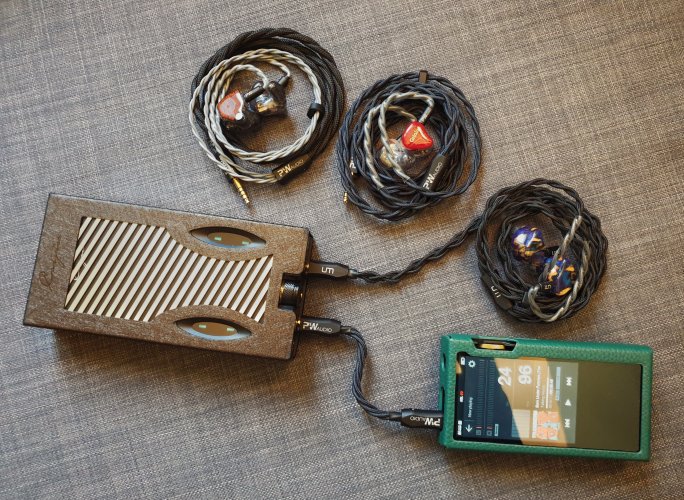 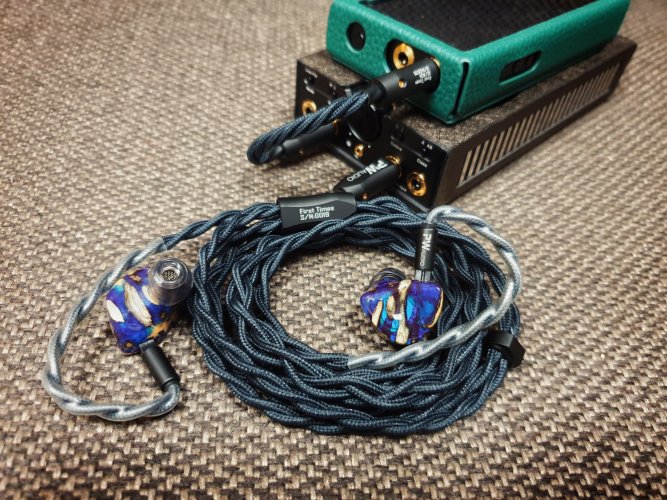 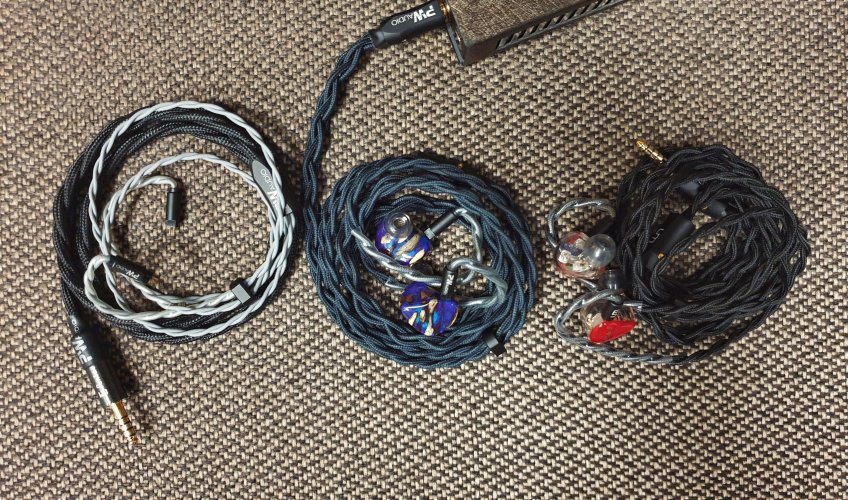 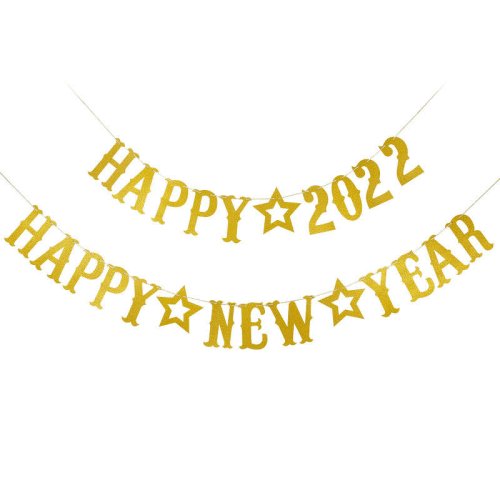 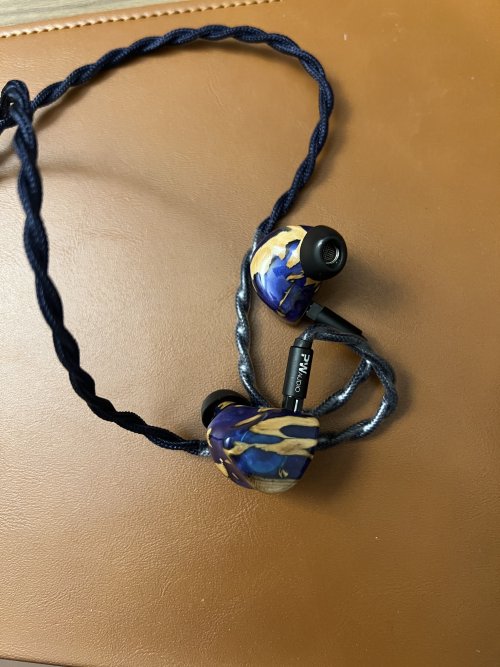 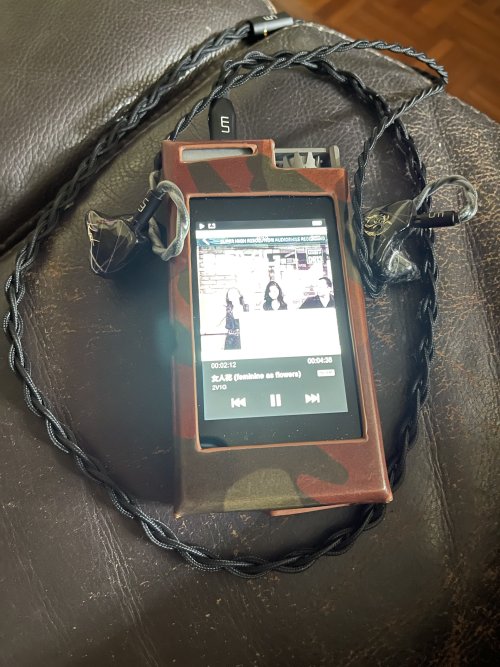 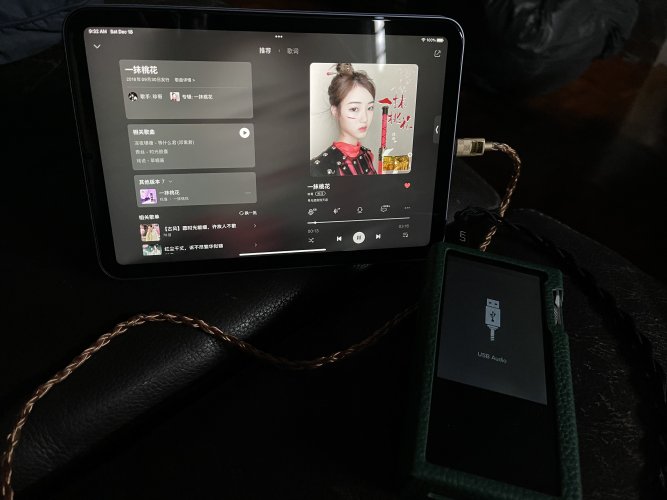 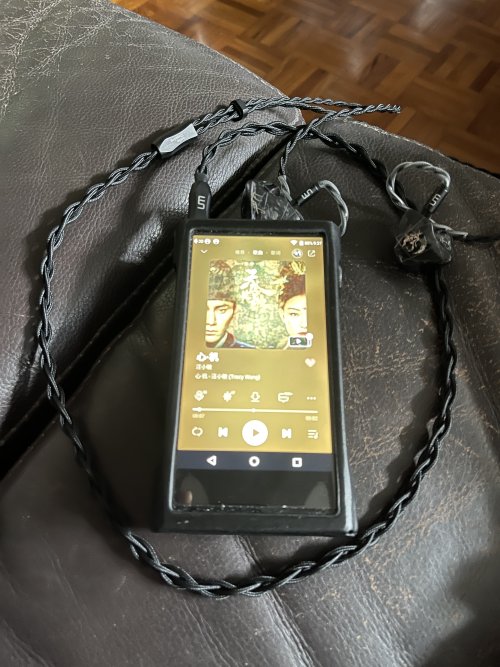 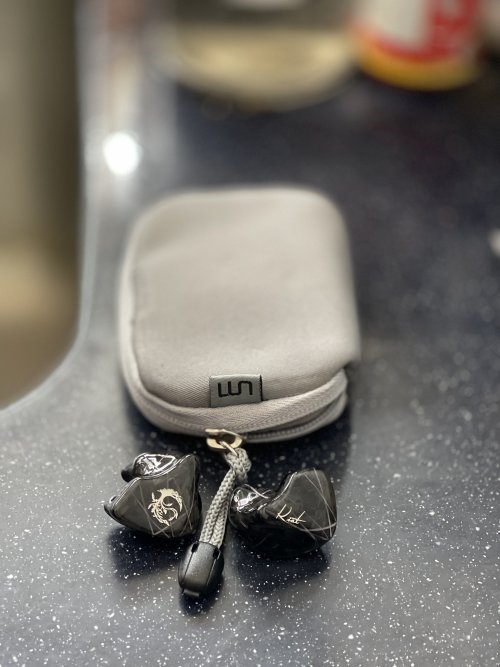 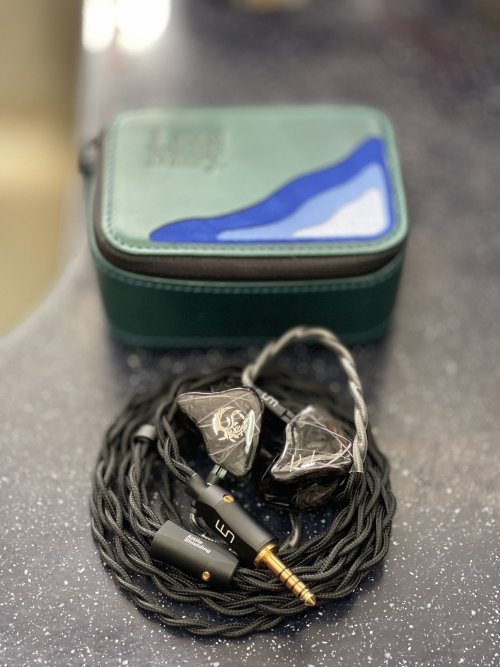 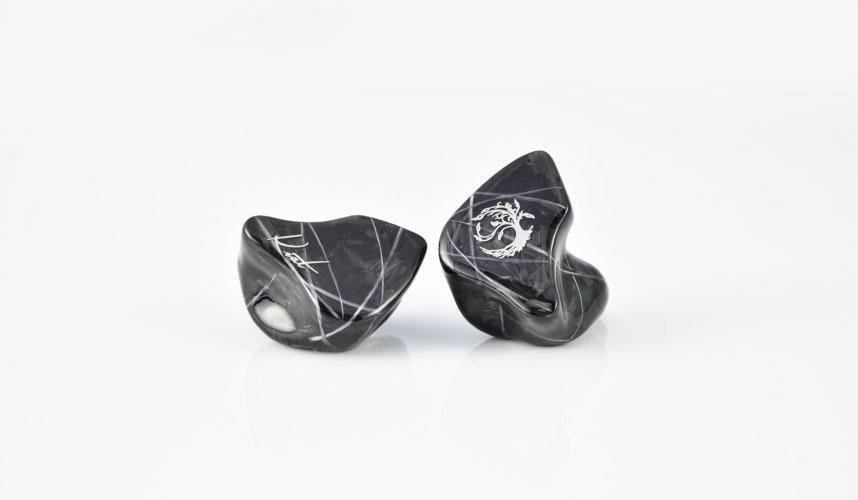 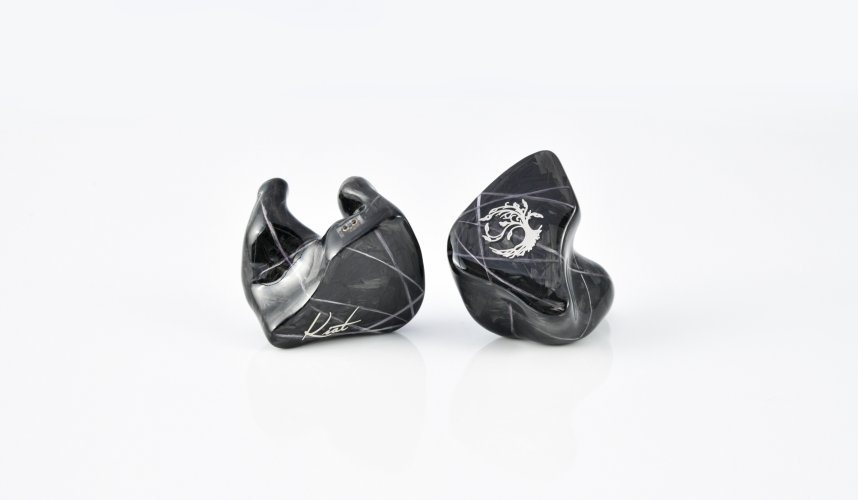 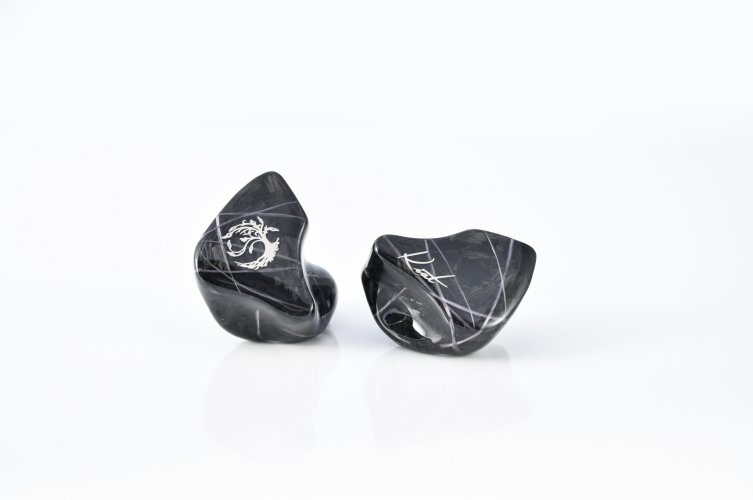 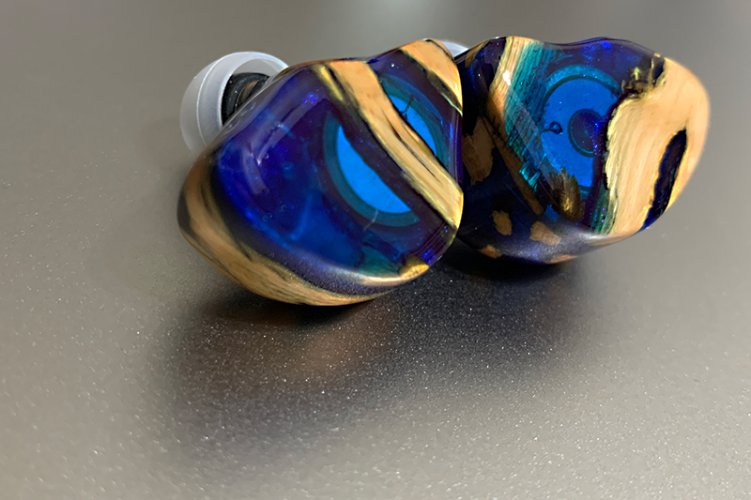 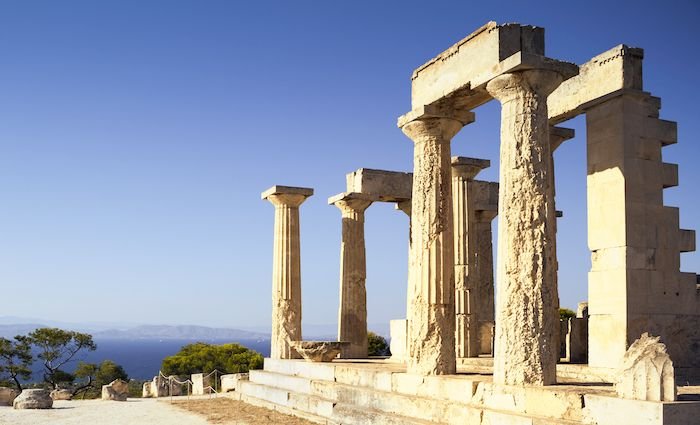 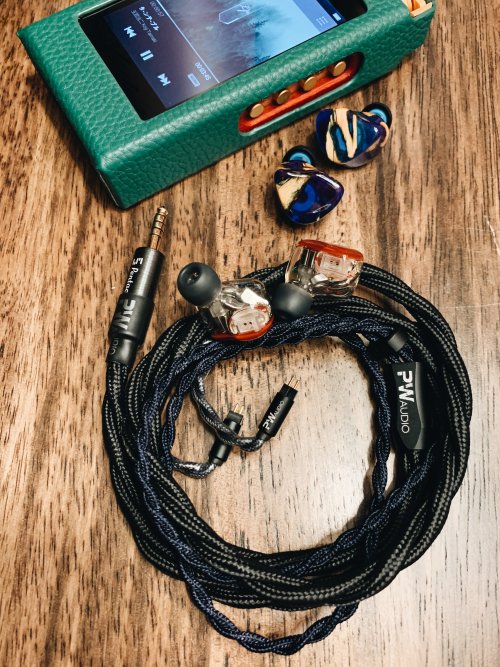 You are using an out of date browser. It may not display this or other websites correctly.
You should upgrade or use an alternative browser.
Unique Melody Newest Flagship-- Mason Fabled Sound Special Edition/Mason Fusang CIEM&UIEM

From what I have heard the Orpheus is an 8 core Cardas Clear cable with shielding. Maybe someone else can confirm this but it's just what I've heard. If that's true then I think we can all agree Cardas sources some of the best conductors in the business so the performance of the Orpheus makes since. Have no clue how many they make but I'm sure they would make one upon request.
"The answer is simple...I don't know!"

jlbrach said:
I have a cardas clear cable that cost 799 retail that I got for about 500 dollars
Click to expand...

I never said it wasn't overpriced. Haha
"The answer is simple...I don't know!"

sounds like the most overpriced piece of audio equipment I have heard of and I speak as one who has spent tons of money on most any and every piece of audio gear
Chord Dave/Blu2, Hugo 2, 120 Titan, Abyss AB-1266 PHI TC, Susvara, Raal SRH1A , mason FS,Oriolus Traillii(the bird) ,hsa-1b,Formula S/Powerman, bakoon amp13r,KG CFA3,shure 1200,innuos zenith 3,innuos phoenix,sonic transport i5

Does not sound so bad when you think about it that way. Pushes my comfort level, too much for a cable, best for me not to hear it.

LOL, the longer something is, the more expensive it can be! So I guess it`s ok to sell a 1 Million Dollar spaghetti as long it is 100 meters long?

Current DACs (I did it and went DAPless!

Mine has a serial nr that says 96. It's a year old. So maybe 200 by now? It's worth its price btw. It's worth its price because it elevates every single IEM you attach it to by a whole level or two. Without exception. If it doesn't, the source is the problem. Adjust the source and blam, now it does. U18t? Blam, it's stage is 30% larger than with 1960 four wire u18t, the treble is silky smooth, the bass is incredible... it's just the perfect u18t and then some extra things you didn't even imagine it could do. Fourte Noir? Same thing, treble peak is tamed, you never have to worry about that treble ripping records apart again, soundstage (a little disappoint to me on the Noir) is vastly improved and so on. Trailli? It turns it into... god, I don't know.... it's like you're sitting inside the analogue mixing desk of some incredibly expensive Californian recording studio where Crosby, Stills and Nash used to record or some crap. It sounds historically good. Like people describe Orpheus the Sennheiser headphone sounds, Trailli/Orpheus has that effect on me (not with EVERY recording of course but still). Mason FS? Brilliant, improves everything but mids get too thick. Solution -- switch to a source that has thinner mids, like Dx200Ti through C9. Then you can further fine tune with interconnects. If you have a lot of high end gear and like to play around with sound chains, switching out gear to find new and special combos, Orpheus makes that game twice as fun. If you're looking for one end game "sell all the rest of my gear" IEM chain and price is no object, I can not imagine Orpheus not being part of that chain right now.

The improvement it adds isn't a tiny 4%, or a 10% either. To my ears, adding Orpheus feels like a whole price gap jump. Like coming from my JH Audio Layla to U18t. Not quite as huge as adding c9 which was the biggest single jump in quality to my chain ever. But soooorta like that. I love cables and I've had plenty, but their embellishments. This one's the (co)star of the show. You're listening to Orpheys Trailli. Orpheus Mason. Orpheus U18t.

Far be it from me to judge how anyone spends their $$ but I could get a DNA Stellaris and a Verite C for the cost of one of those cables....I just can't wrap my head around that. YMMV and all that.
Astell & Kern SR25 MKii => Eletech Victoria + Campfire Audio Supermoon, Campfire Audio Dorado 2020
Watercooler Thread, IEM Reviews
Currently lusting after: Trifecta, Ragnar, Odyssey, RS8, WM1Z2, Gaea

Rockwell75 said:
Far be it from me to judge how anyone spends their $$ but I could get a DNA Stellaris and a Verite C for the cost of one of those cables....I just can't wrap my head around that. YMMV and all that.
Click to expand...

And yeah, each to their own. My entire setup costs way less than all of your portable gear so it's all about what suits you best.
Last edited: Apr 14, 2022
CIEM: Aroma Audio Jewel CABLE: PW Audio First Times Shielding DAP: Cayin N8ii DONGLE: Lotoo Paw S2
Genre: Rock, Alt., Grunge, Metal, Funk, Soul

Rockwell75 said:
Far be it from me to judge how anyone spends their $$ but I could get a DNA Stellaris and a Verite C for the cost of one of those cables....I just can't wrap my head around that. YMMV and all that.
Click to expand...

I really really don't mean this in an argumentative way, just explaining why people do this insanity I don't want a DNA Stellaris or the Verite C, because I'm always moving -- because the rental market is f-d and my landlady throws me out, or my boss fires me, and I have no long term sense of security whatsoever. So I feel like IEMs can go with me anywhere. However bad things get, I can always put them on and go to that beautiful, immense soundstage they produce. And leave this place behind. Feels to me I can listen to my Orpheus-FS under the bridge, or in a tent in the beach in Brighton, in March, if it comes to that. What will I do with a DNA Stellaris there? Orpheus makes that soundstage I'll go to feel like Louis XIV's summer home. I can also sell it more easily, and post it more easily, etc, when I need to turn it into cash. (At least it feels like that)

I don't have anywhere further to go with IEM's than the summitest of TOTL. And I don't have rental security for anything else. Economics, and generational economics especially, affect hifi a lot. In the 70s people knew they'll have a BIG ASS HOUSE. So they got speakers and a stereo system for that. Totally useless nowadays. We're packed so tight into apartments I can't listen to anything above laptop speakers without the neighbours coming to knock. I got Emit M-100 speakers somewhere in a storage unit costing me money just to keep them there. This is the economy behind the head fi boom we're all seeing for the past 15 years. I think IEMs are better suited to soothe that uprooted anciety than full sized cans. That's why we see endless special editions and variations on earphones, huge leaps in earphone tech, thousands of releases every year -- and immense, cutting edge material science in cables especially -- but headphone releases are much slower.

Another thing is, I just love cables with IEMs. They're whatever for speakers and meh for full sized cans. But IEMs dont' have a soundstage, so, for some reason no one quite knows yet, the cable forms a massive part of the soundstage the mind constructs. It's genuinely mysterious stuff. Why do these gauge differences and wire architectures and exotic material combinations have such a striking psychoacoustic effect? Cable manufacturers don't know either. They just try out a ton of different things, experiment until something has a cool effect, then they refine it, etc. It's kinda like they synthesized amphetamine and LSD in the thirties and twenties. Those were the molecules, they made them, took them and reported what they do to the human body. Many did nothing. Some did amazing things. They didn't know why and how they do those things, what neuroreceptor the molecule affects etc. But they made them, and tried them. They were psychoactive. We're flying blind with cables like that too, cables are also psychoactive. PW Audio "first times" is named that because Peter Wong tried, for the first time, combinations of copper that that no human had ever tried to listen to. He spent lockdown like that. We get to listen to metals, listen to wire architecture...

I don't know, I just think it's a very cool thing to participate in, cooler to me than tube amps currently, which have been around forever. Tube amps are gorgoues though. When I no longer feel like I'll be thrown into Poor Jail if I sneeze the wrong way, I'll get one

This has been off topic and verging on cable-arguments -- please don't take this as an invitation to derail thread to cable fights Just wanted to share what the Orpheus means to me economically and conceptually.

So that this also inludes some Mason FS, I am glad to report that the yes, second day of test listening and the Orpheus is a much, much better cable for the FS than Attila. I can't imagine there is anything better out there right now either. What you need is a source that has lean mids so it balances things out. Orpheus adds mid thickness, source removes, end result is perfect. You get immense soundstage, better separation, and a touch of magic on top. Problem is, there are no lean-mids sources out there that I know of. Even AKs are fat, and L&Ps especially very juicy. The dx200Ti is that, but they don't make them like that any more.
IEM: Oriolus Trailli, UM Red Halo FS, UM Mason FS, U18t, Fourte Noir, JH Layla
Source: SP2000, Cayin C9 (amp), dx200Ti, L&P P6 Pro
Cable: PW Orpheus, Eletech Iliad, EA Janus D, ALO Reference 8
You must log in or register to reply here.