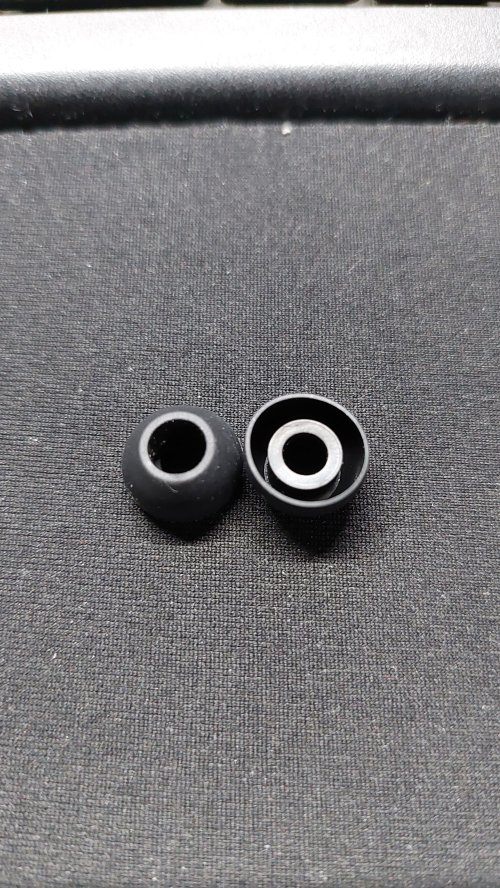 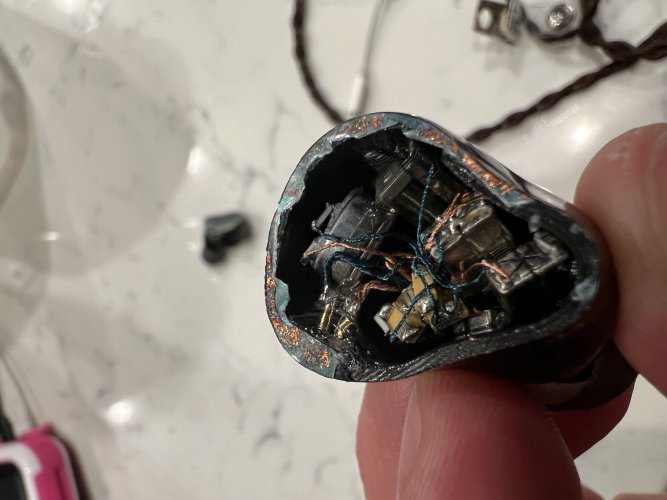 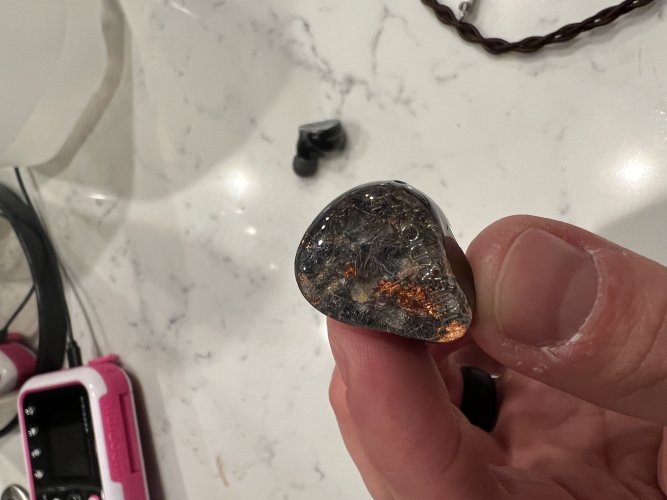 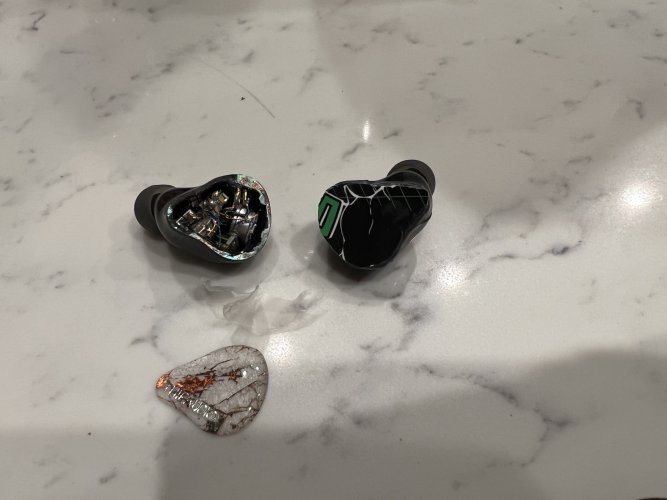 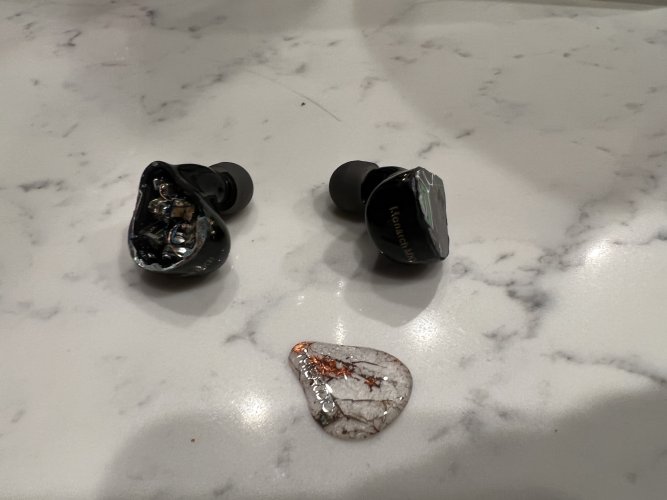 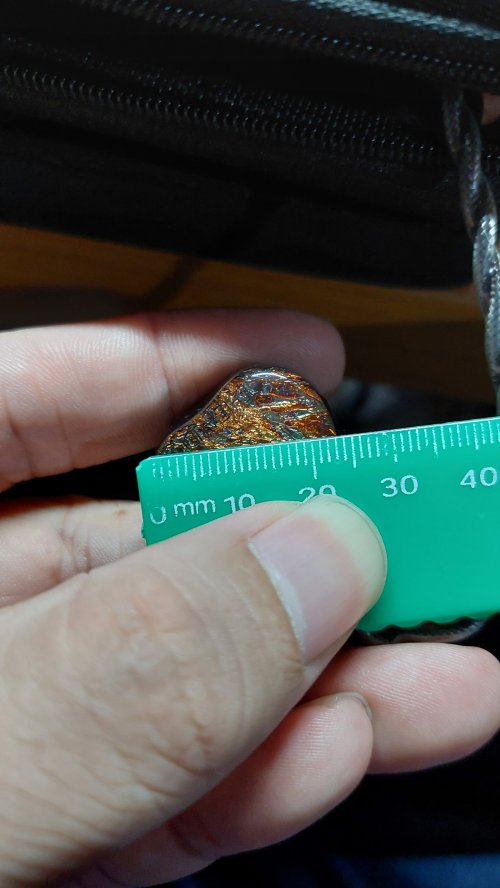 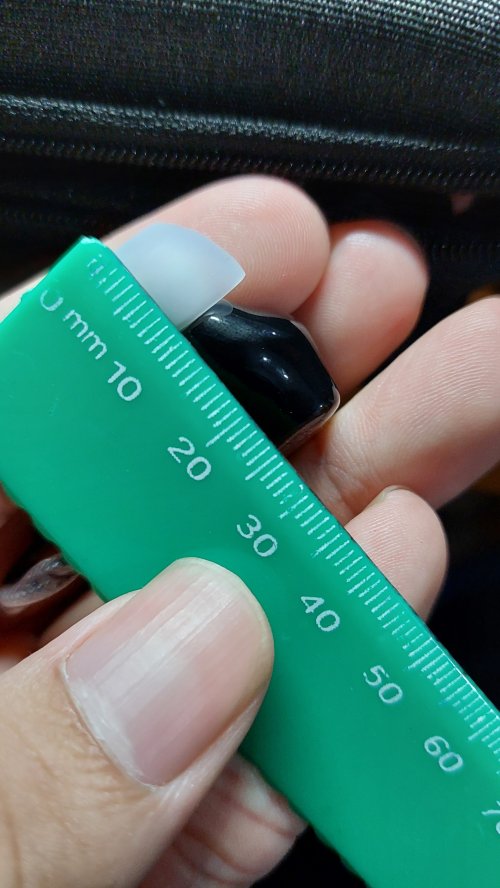 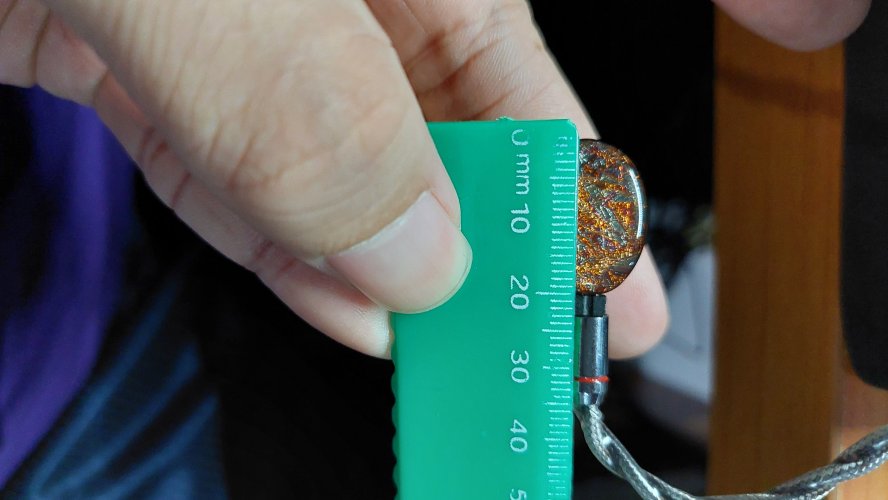 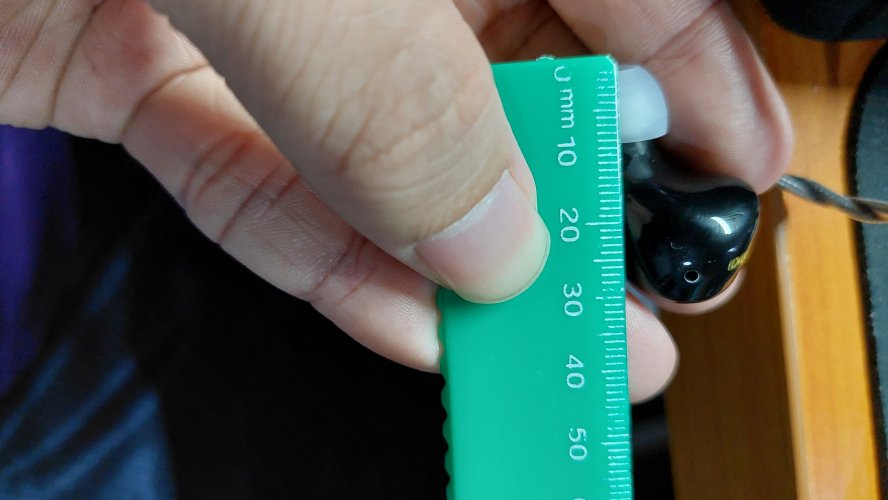 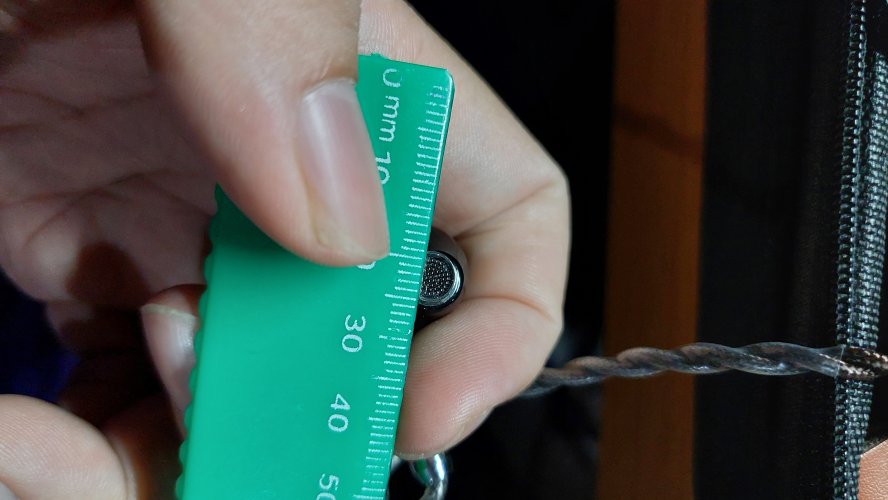 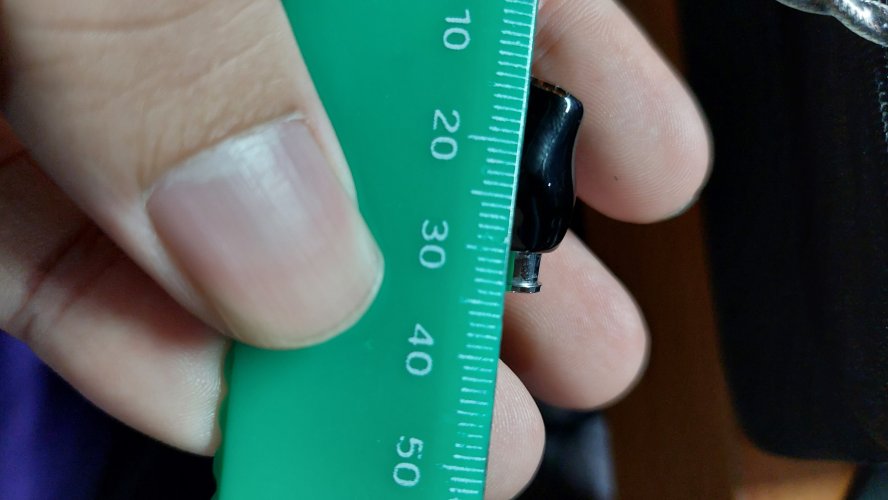 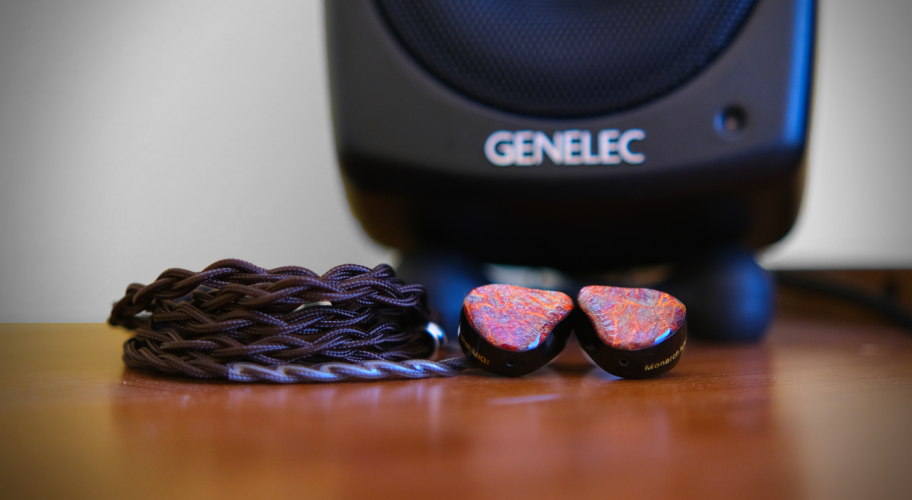 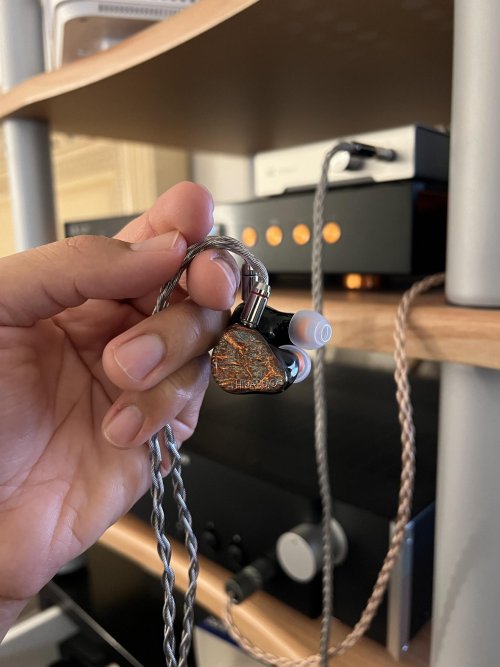 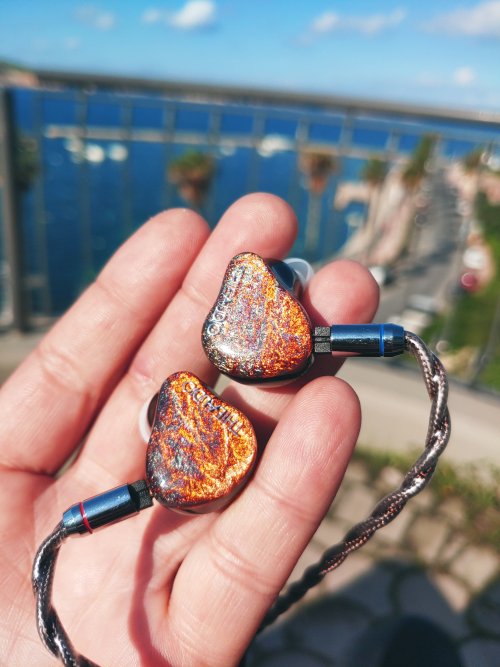 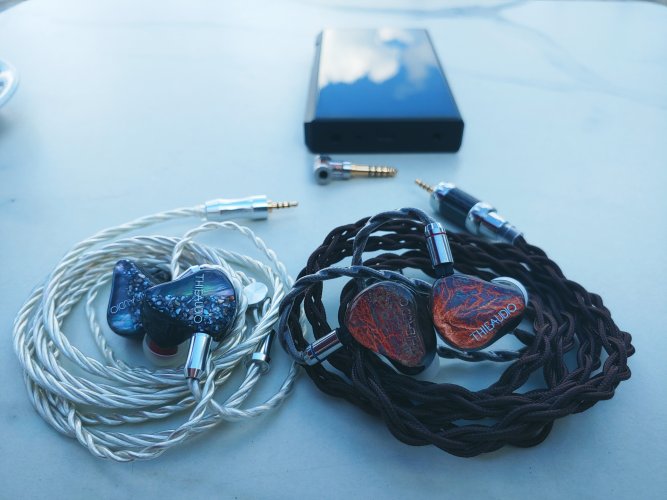 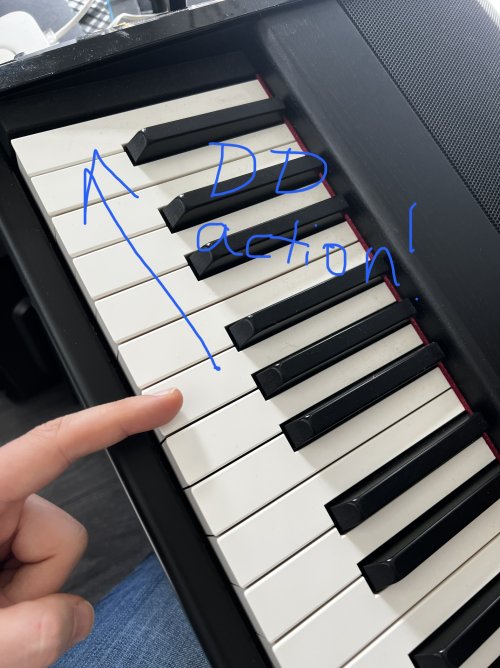 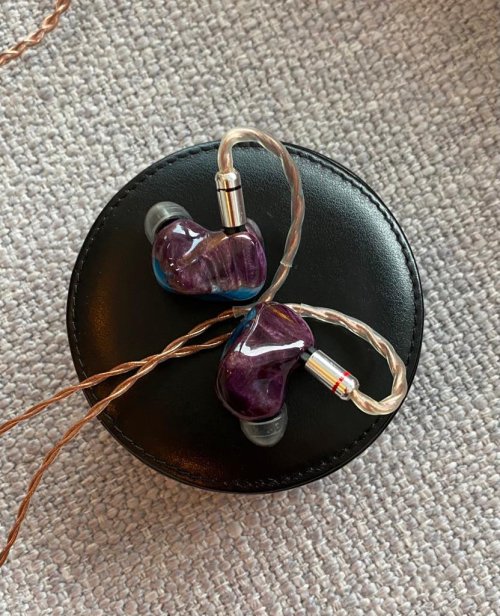 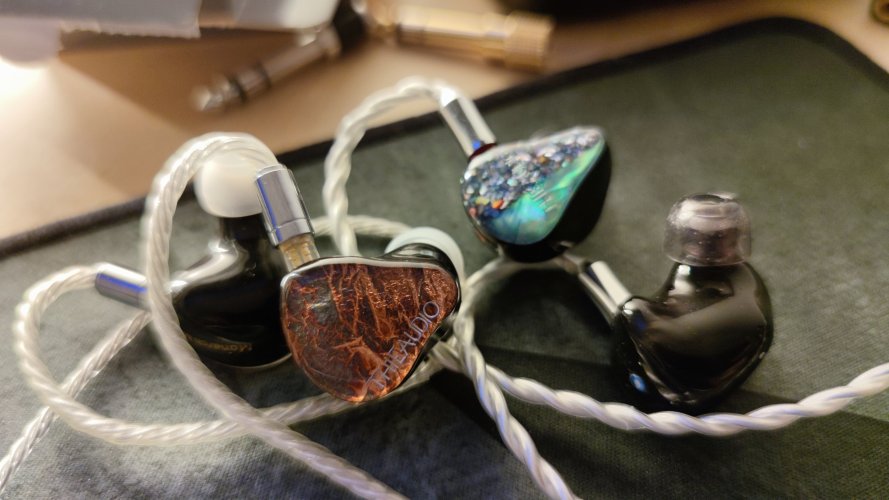 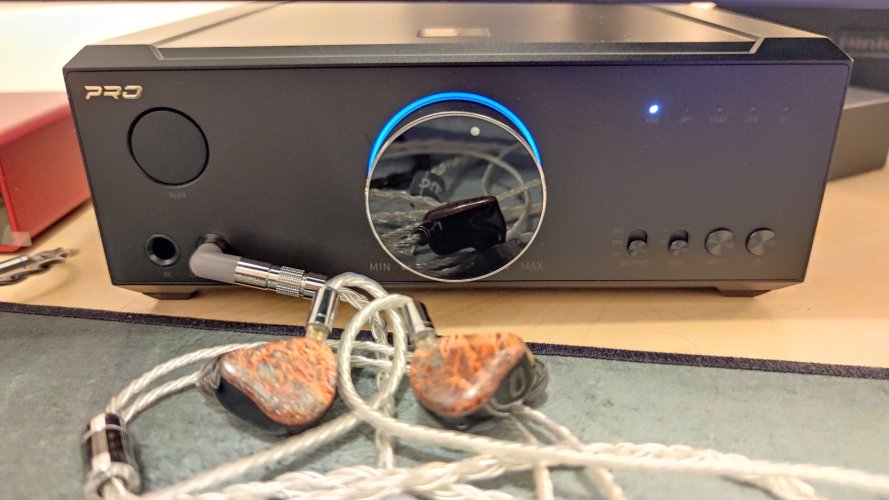 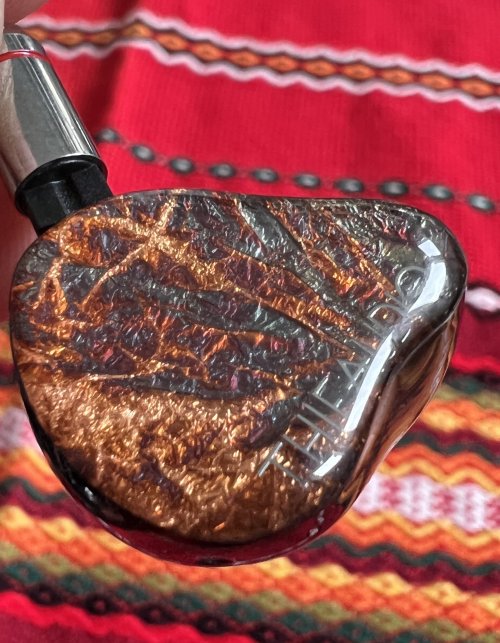 You are using an out of date browser. It may not display this or other websites correctly.
You should upgrade or use an alternative browser.
ThieAudio Signature Series Tribrid IEMs

HiFiHawaii808 said:
I don't think that listening preferences are as binary as you are making them out to be. I believe there are distribution curves of preferences and the average preferences are probably different. But, a specific Western or Eastern person may prefer either tuning.
Click to expand...

Yea it’s a high-level definition, within those two there ara sub strings, like Eastern-Japanese, Western-European.

But as you see, Thieaudio releases binary, so it’s just a big picture. And yes, I’m asian and prefer more in favor of western tuning. It’s just a standard pfetence, not necessarily attached to specific ethnicity, but the cultural differences do exist, so does profiles.

Also, it’s not only the tonality preference, but the major economic market of hifi products, Asian market and Western maket.
Last edited: Apr 24, 2021

Monarch angles is more like blessing2 type wider than 100 degree, whereas clairvoyance is more 90 degree. I believe Thieaudio even used Western ear molds samples to build Clairvoyance, same to Monarch while using Asian ear molds.
Back then I worked for Sony in entertainment business, but I was able to get employee discounts, but not anymore so that’s another psychological let down for keeping new sony toy.
Click to expand...

thats really an interesting approach to building the twins one based on western another with asian. I guess im an asian with western ears hah

Polky74 said:
I don't know the clair ... (because they haven't arrived yet) but for sure the Monarchs are almost ciem for me, while the Z1R leave more air around my ears
Click to expand...

I agree the Monarchs are the biggest IEMs I own. The problem in fit with the Z1Rs are not the size, but the angles

I am a citizen of the world.
Click to expand...

I am a citizen of the world.
Click to expand...

What you are is a very lucky guy

firesign said:
What you are is a very lucky guy

I am deciding what my next IEM will be, but I am hesitating between Z1R, U12t, Nio ... I am even considering 3DT.
Click to expand...

Looking at your sig you already have Mest and Clairs, if I were you and I wanna choose another iem to buy I would buy a less colored/not as warm sounding type to better compliment the two. U12t's would be a good choice.

Did I understand this correctly that if I would buy a new Thieaudio tribrid to complement my Clairvoyance then it would be Oracle (to have variance) and then I'd basically have two IEMs that look pretty much exactly the same? I mean I'm gonna pass on these anyway, but a bit weird

Prices are too close, they look almost identical and there are no customization options, so I think there will be really very few of us who have Monarch/Clairvoyance and will get one of the new ones.

sateric said:
Looking at your sig you already have Mest and Clairs, if I were you and I wanna choose another iem to buy I would buy a less colored/not as warm sounding type to better compliment the two. U12t's would be a good choice.
Click to expand...

At least to my ears, both the Mest and the Clairvoyance are quite bright, not at all warm. In fact the Clairvoyance is too much on many albums with their upper mids so high (I only listen rock, progressive and metal, a lot of metal).

GDunlop said:
So is the consensus here that the Thieaudio Oracle looks like it will sound more similar to the Monarch rather than the Clairvoyance? I'm no expert at reading frequency graphs but it looks like the Oracle has more sub bass than the Excalibur. Like others have said though the naming convention seems a bit confusing.
Click to expand...

It seems so. The sub bass looks the same to me, between the Oracle and Excalibur. The Excalibur has much more mid bass and midrange in general. The Monarch has more sub bass than the Clairvoyance. The Oracle looks to have really clean, flat mid bass, but also late pinna gain, so I fear mids may sound quite recessed overall

IEMusic said:
It seems so. The sub bass looks the same to me, between the Oracle and Excalibur. The Excalibur has much more mid bass and midrange in general. The Monarch has more sub bass than the Clairvoyance. The Oracle looks to have really clean, flat mid bass, but also late pinna gain, so I fear mids may sound quite recessed overall

, but we’ll find out soon likely.
Click to expand...

The difference in Monarch and Clairvoyance vs Oracle and Excalibur really can't be compared to each other.
From the start, the tuning difference in Monarch and Clairvoyance in of itself is quite small, whereas in Oracle and Excalibur is quite large.
I guess Oracle is similar to Monarch in the sense that it's got a subbass boost that's pushed back, giving a really clean and neutral mids.
But when it comes to the Excalibur, it is a more typical mild V shaped tuning, and is not that similar to the Clairvoyance.
I'll post some more specific comparisons between the 4, and also the Dunu 112 later. 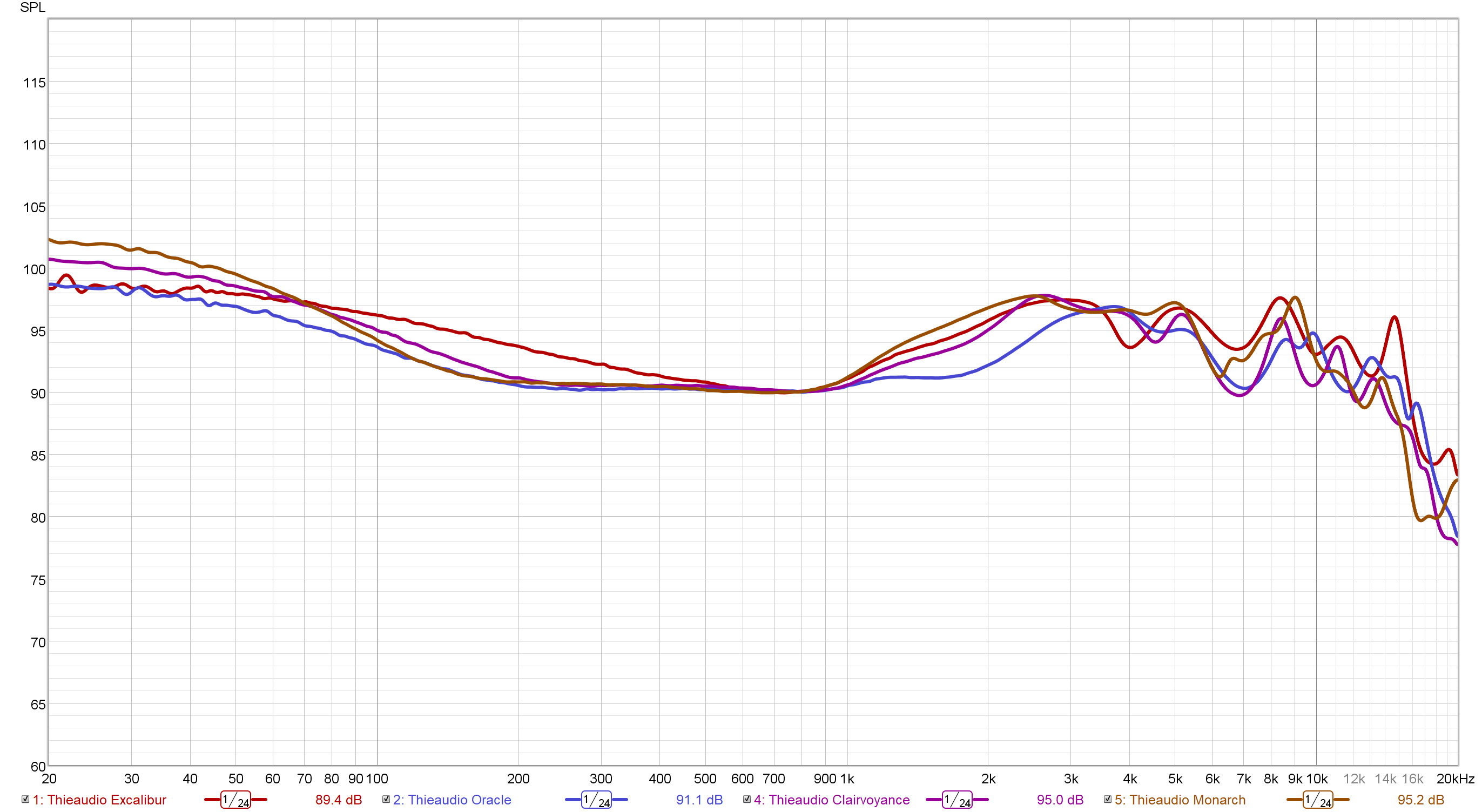 In terms of build quality and accessories, Thieaudio’s been pretty consistently lately with their quality control, so let’s just get straight to what matters: the sound. 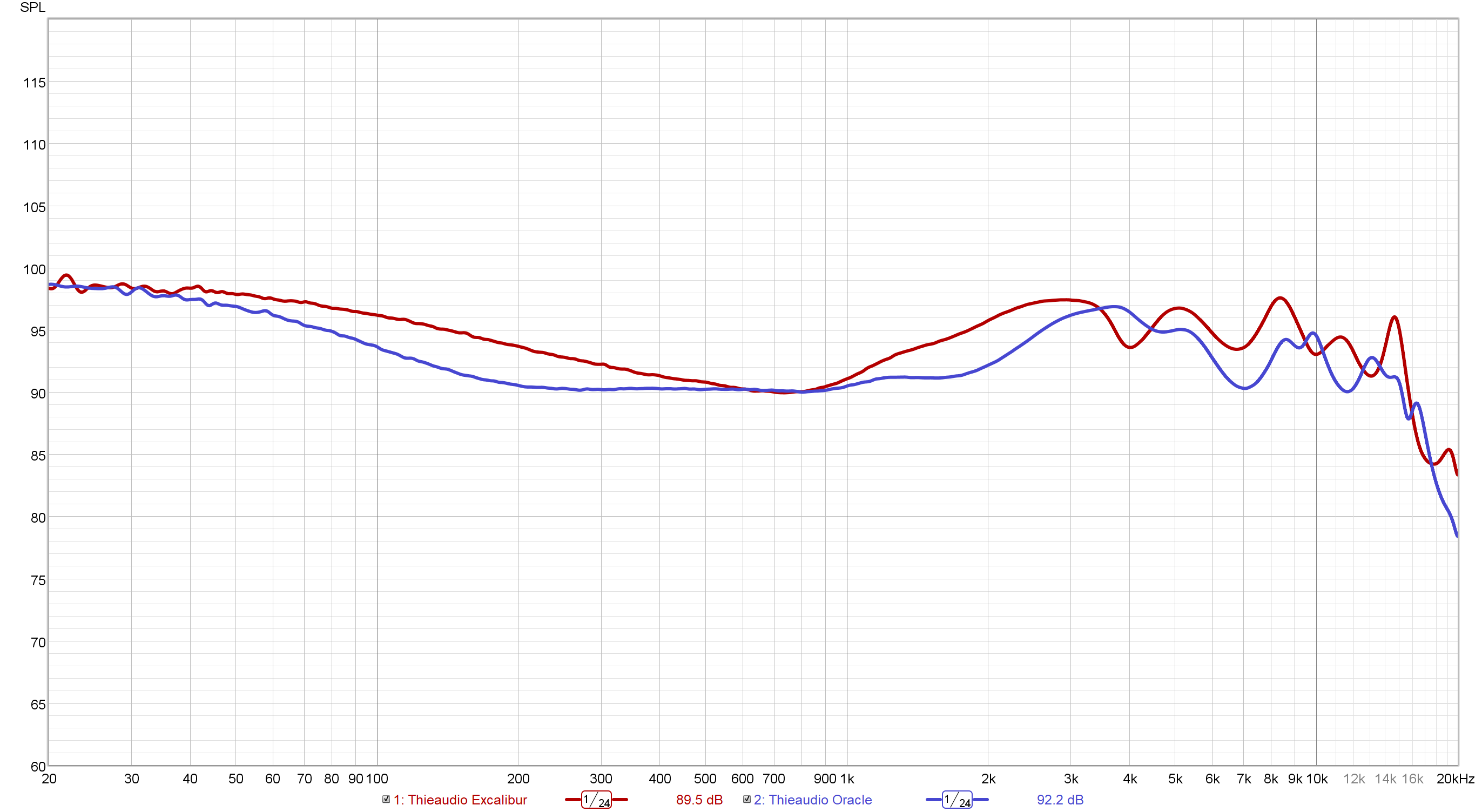 Starting with the Excalibur, the tuning is styled more like a typical mild-V shape like most of what’s in the current IEM market today. Emphasis is on the quantity of the subbass and bass as well as crisp treble. The slow rolloff in the bass shelf (the bass rise starts at 600Hz and keeps rising towards 20Hz) means that the mids on the Excalibur are on the warm side, rather than neutral. This makes lower tones, such as bass guitar, more audible, and thickens up the body of most instruments and male vocals. Probably suitable for rock/metal genres where you want that in-your-face excitement of thumpy kick drum, toms, and bass guitar. The amount of pinna gain (the rise from 800Hz to 3kHz) compensates for the amount of bass, giving it a good balance for the warmth. Normally with warm mids, the issue lies with vocals sounding like they are behind the mix, but the 3kHz placement of the pinna and 7dB quantity keeps the vox still clean and clearly discernible within the mix. EST implementation is well done, and its typical hot/metallic timbre is quite noticeable. That is just the nature of the EST drivers, and some may like it, others may not. It extends the upper trebles very well and gives a good sense of space and resolution, but it’s not as natural sounding as typical BA tweeters. Anyways, you’re getting your money’s worth for the EST implementation.

The Oracle is the same driver configuration as the Excalibur, but tuned differently. Whereas the Excalibur is going for a more typical “fun” and enjoyable sounding IEM, the Oracle is tuned specifically for neutrality. A completely linear (flat) mids from 200Hz to 1kHz means you’re getting the sound as it is, no extra coloration. You can think of them as studio monitors vs home theatre systems. The amount of neutrality gives the sound quite a bit of sterility, and it is definitely something that mostly professionals will appreciate. These are monitors to the truest sense of the word. In the mix, vocals come front and foremost, with really well articulated crispness. The subbass on the Oracle still gives enough thump to keep the mix energetic, but the emphasis is more directly on the kickdrums rather than bass guitar. This style of tuning definitely lends to a more lean signature, but thankfully, the treble is tamed after the pinna gain, meaning it isn’t overly bright. Treble emphasizes more of the natural instrument overtones and gives cymbals a nice shimmer.

Between the two, if you are just a music enthusiast looking for a good set of earphones, the Excalibur is recommended. The Oracle is specifically designed for studio engineers and performing musicians in mind. They are studio monitors designed to reproduce the sound as uncolored and true to the original mix as possible, which allows engineers to precisely mix on the board, but may also come off as “boring” or unnatural to regular listeners. 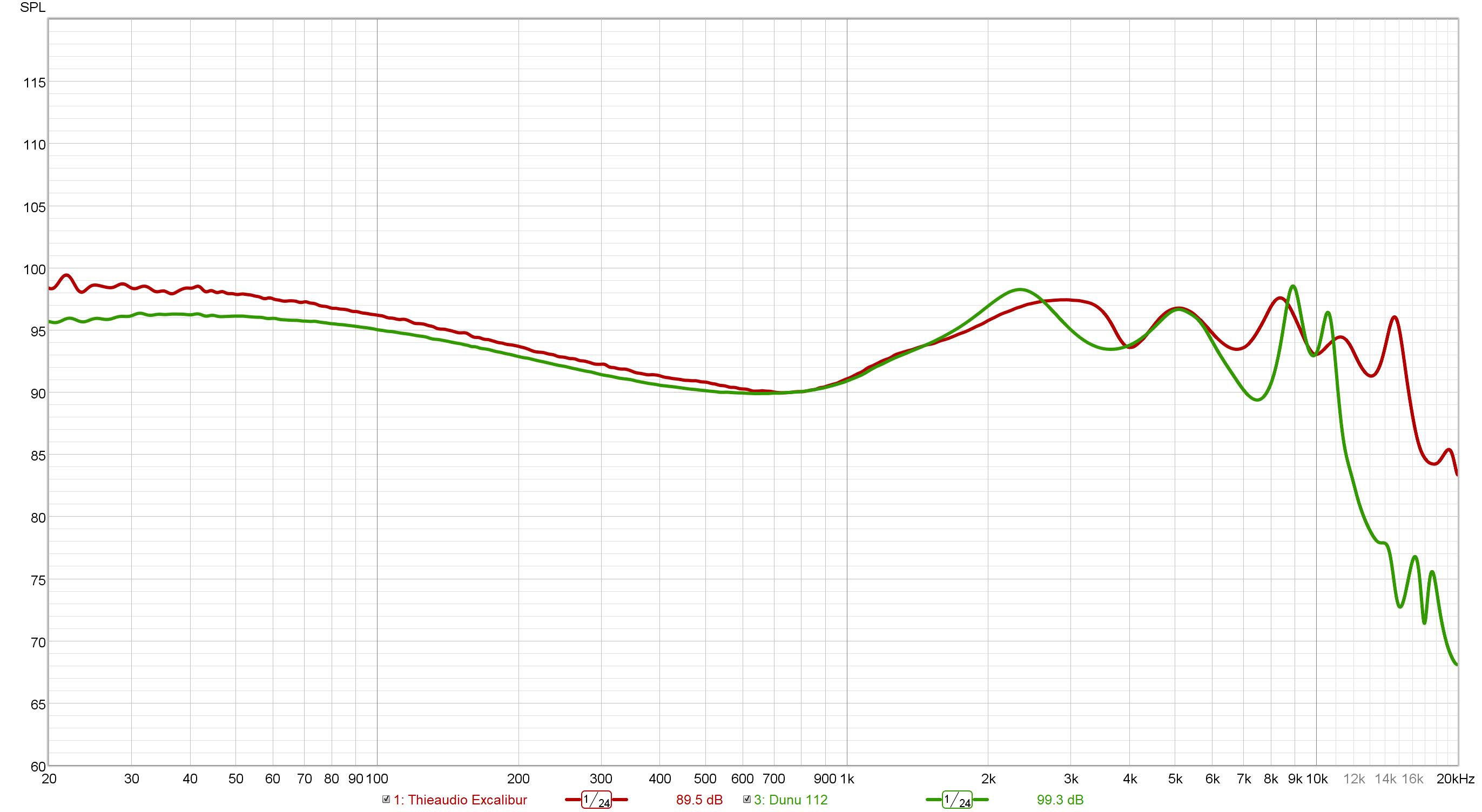 The biggest difference is in the resolution. Particularly noticeable, the 112 mids falls behind in resolution and definition compared to the Oracle or Excalibur. The 112 is also a much smoother listen compared to the Exclaibur, which has a more engaging upper treble. The 112 sounds almost hollow when directly compared with the Excalibur. Vocals gain a little more presence and bite on the Excalibur over the 112 for this reason. However, the 112 does have a better textured bass, being a little more tighter and punchier than the Excalibur. 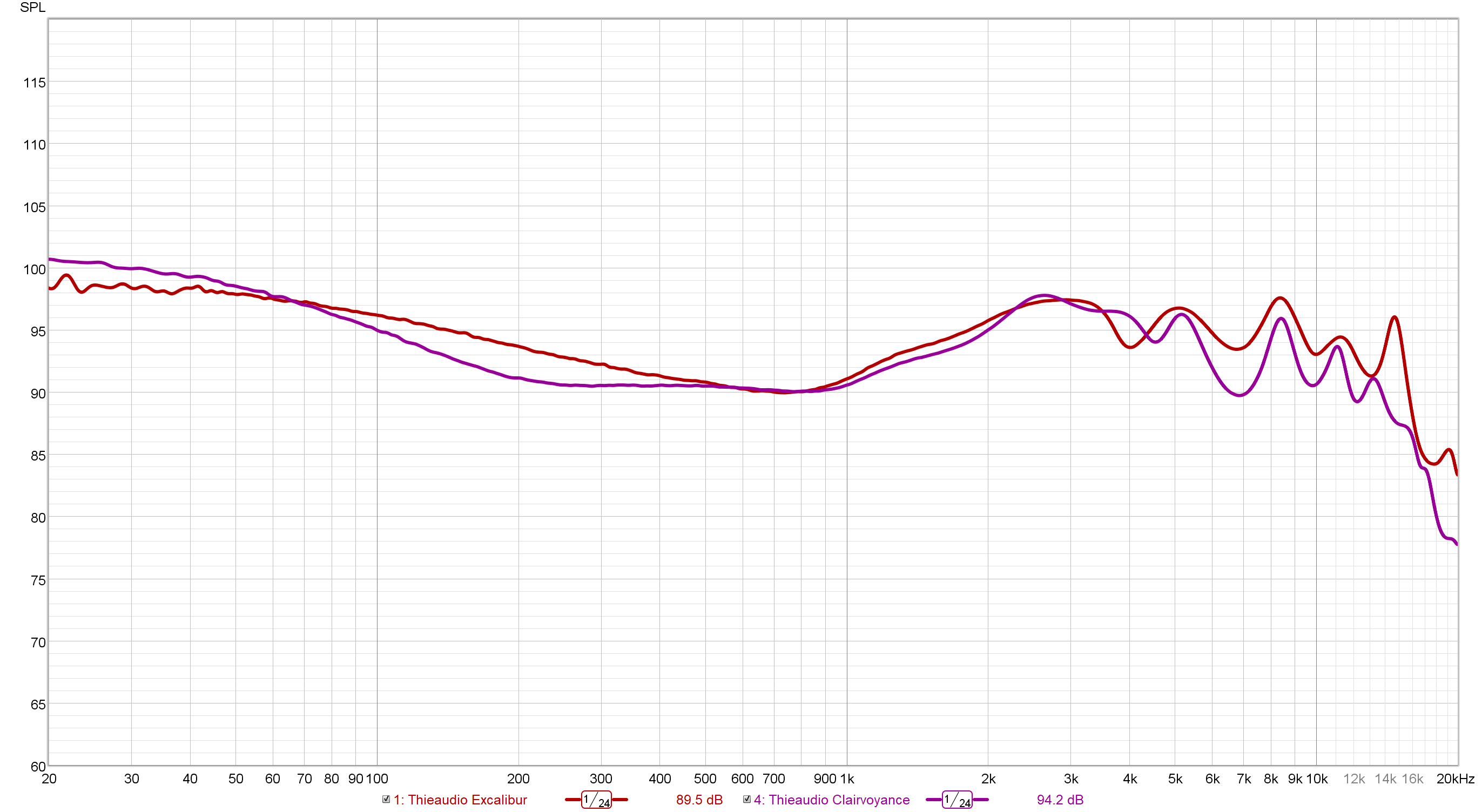 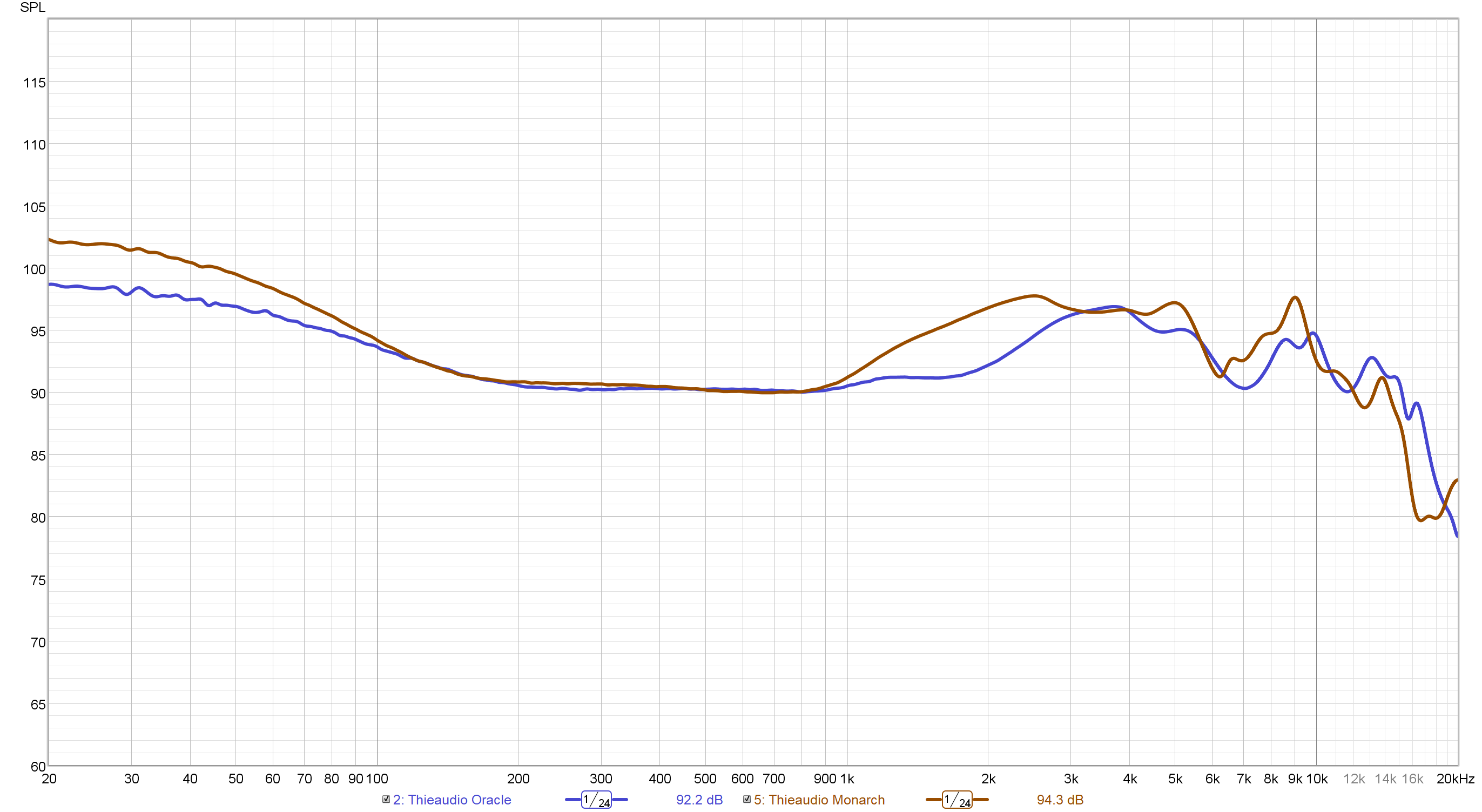 Monarch has a significantly punchier and more impactful subbass than the Oracle, which in direct comparison feels limp. The Oracle has a more relaxed and smoother treble than the Monarch, which in turn, is more engaging in the upper treble. This however, does make the Oracle feel a little more balanced than the Monarch. Vocals on Monarch are slightly more forward and mid-upper emphasized, while the Oracle emphasizes more of body and bite. This is quite easy to visualize on the graph, with the Oracle having a scooped 2kHz region. This less aggressive pinna gain makes the Oracle not as forward as the Monrach, which I know some have complained about. Better resolution on the Monarch.

Thanks for the comparisons! What are the size differences? Are the new twins smaller than the old? How do they compare to the Dunu in size and comfort? Thanks
You must log in or register to reply here.