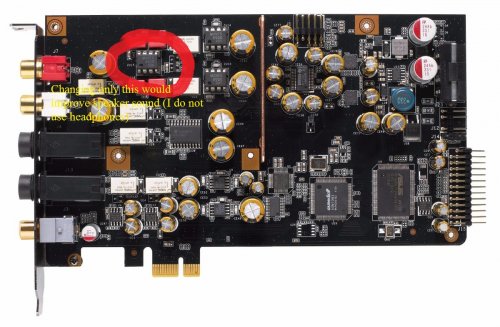 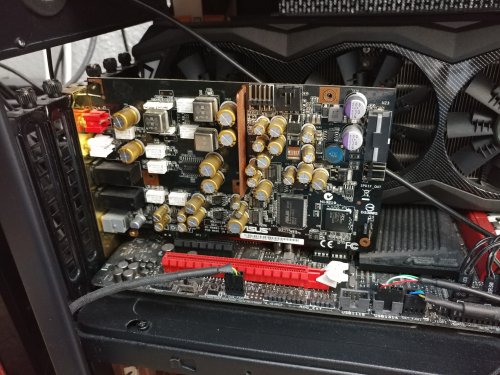 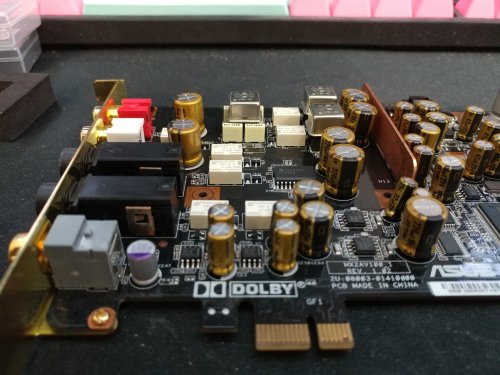 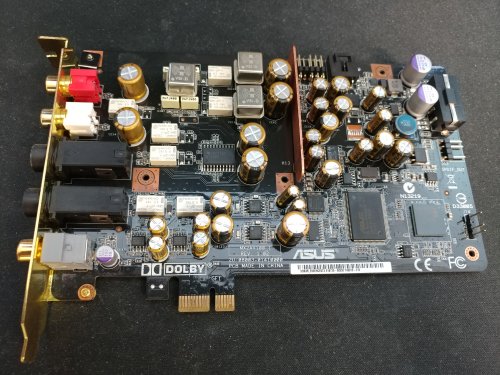 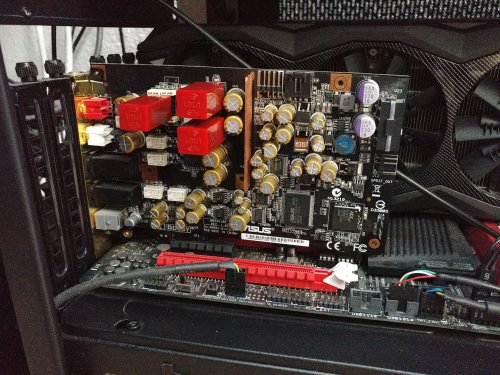 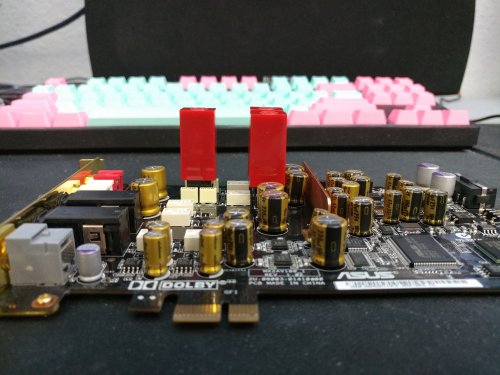 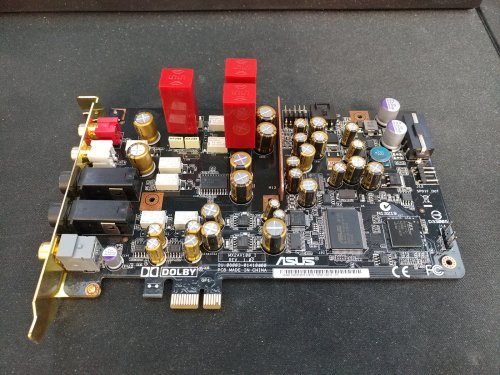 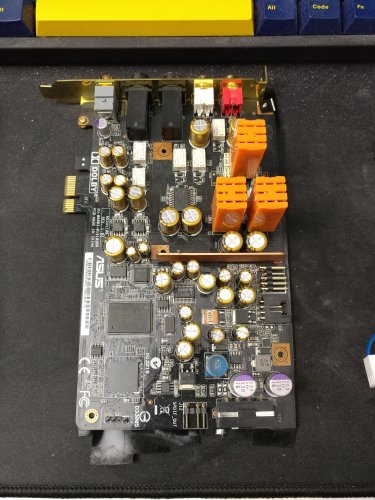 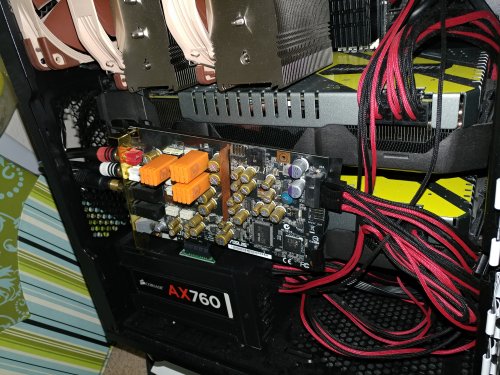 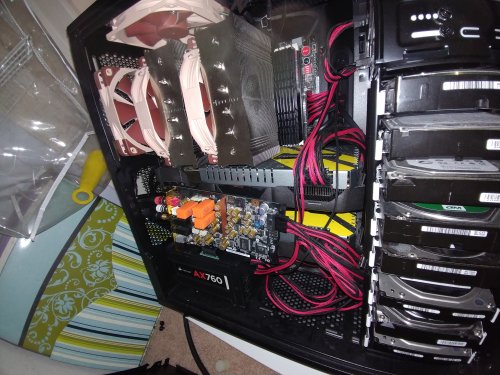 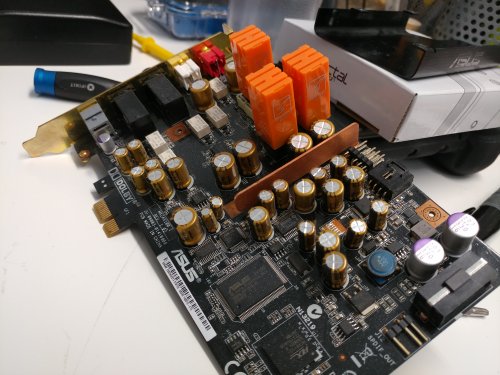 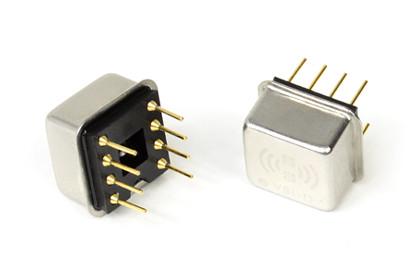 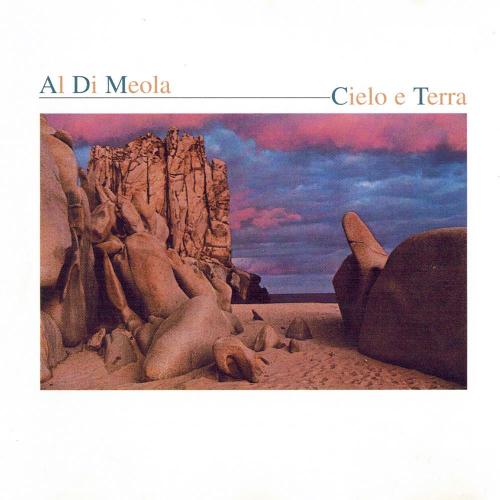 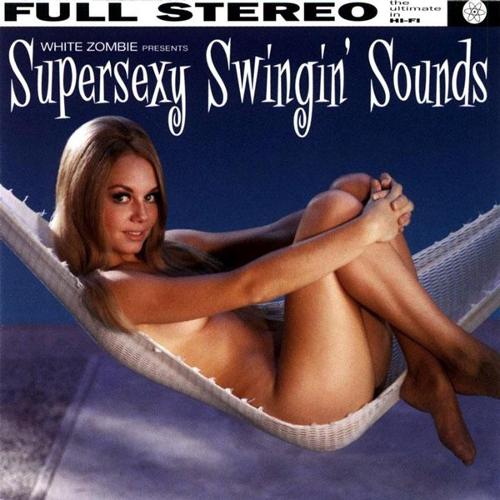 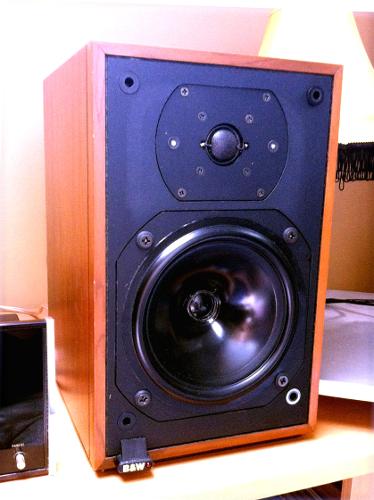 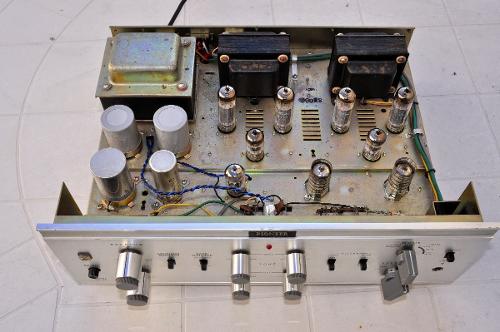 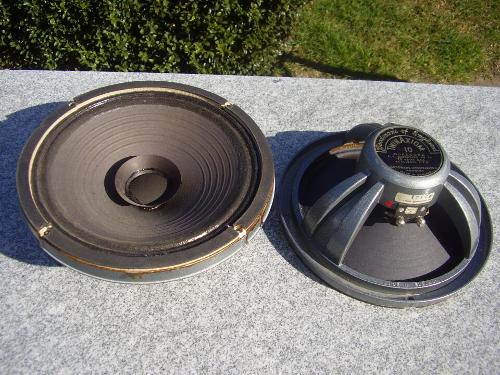 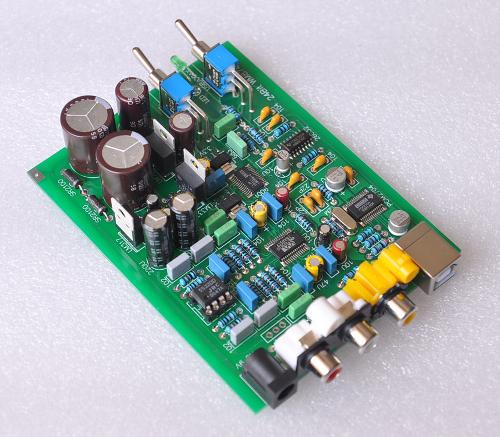 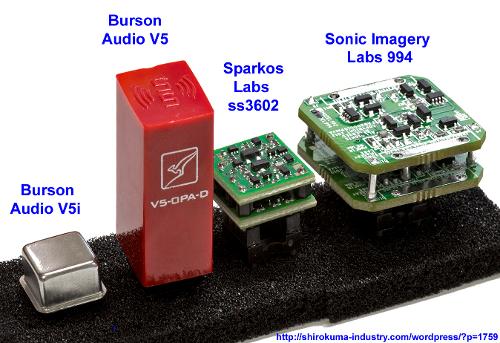 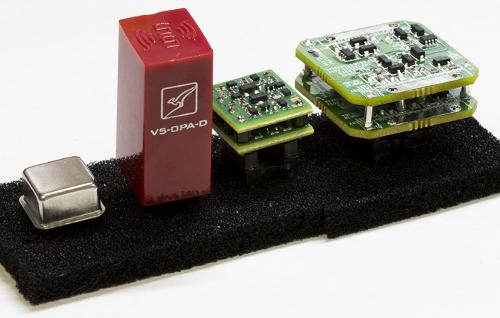 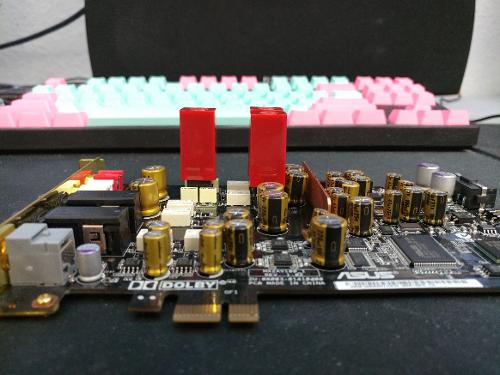 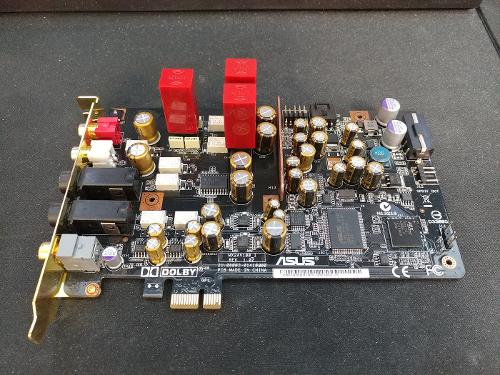 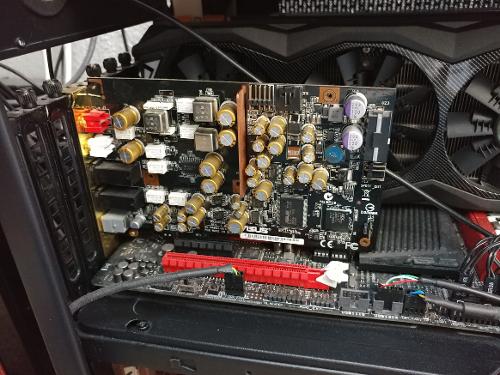 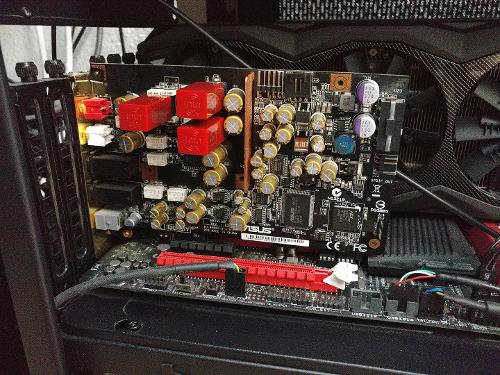 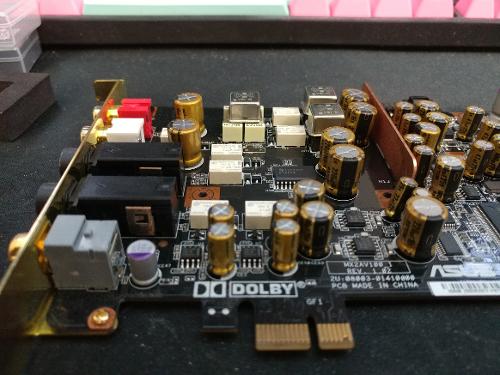 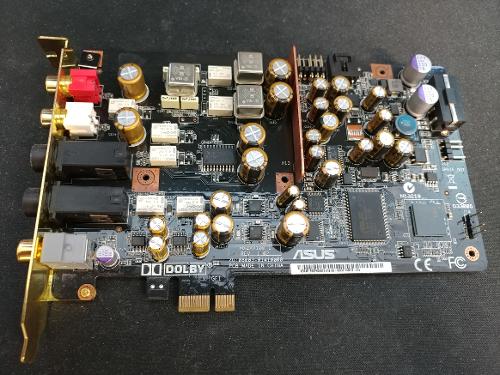 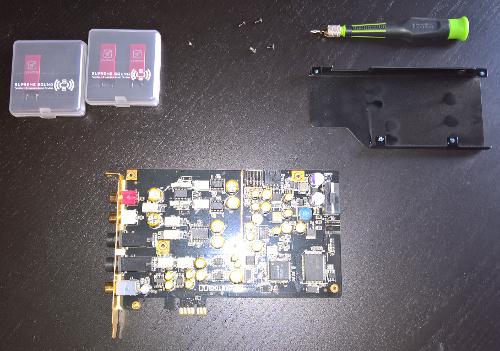 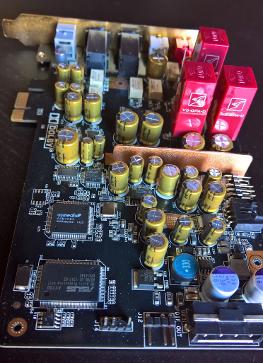 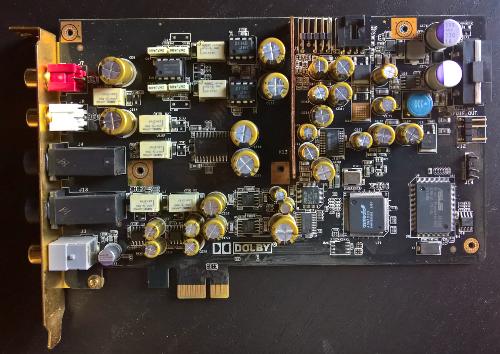 You are using an out of date browser. It may not display this or other websites correctly.
You should upgrade or use an alternative browser.
The Xonar Essence STX Q/A, tweaking, impressions thread

The Asus Xonar Essence STX is a PCI-E audio card designed for high-end computer-based audio playback. It has many interesting features such as:

Essentially Asus has created an audio card that cost less than $200 that can provide an EXTREMELY high quality signal directly to headphones, an external headphone amp, or powered speakers. Swappable opamps mean users can tailor the sound to match their listening desires and equipment.

FAQ:
Q: Is this card better than XXX other card?
A: While that's pretty impossible to answer, it's damn good for the price. It can power pretty much any headphone you can plug into it and sounds phenomenal. You can swap opamps to match your listening desires or the strengths or weaknesses of your headphones or speakers. It easily matches up to external DACs/amps costing far more (although you obviously lose the portability those have). It's likely better than most other sound cards in the price range (it's probably safe to say the E-MU 1212m is superior for less money), but when you add in the quality headphone amplifier it's certainly better than any sound card in the price range (that I know of).

Q: What is the difference between the ST and the STX?
A: The ST is a PCI compatible card, the STX is a PCI-E compatible card. The ST has a "better clock" which concievable leads to "less jitter". People report that they have distinctly different sounds that can easily be discerned. The ST also has an optional daughterboard that allows for analog 7.1 output. Rather than post anything more, I'll just link out to some of the threads I have found:

Q: What's the deal with interchangeable opamps?
A: The card has 3 swappable 8-pin dual opamps. The two matched I/V opamps impact the headphone out alone, while the 3rd "buffer" opamp impacts the RCA out. If you are only using the headphone out you only have to worry about the 2 I/V opamps. They can be removed and replaced using your fingers, a small flathead screwdriver, needle nose pliers, etc.

Q: What opamps are people using in this card?
A: Here are a variety of quotes from users:

Q: What's the proper way to set this thing up for headphone listening?
A: Quote:

Q: Should I use 192hkz, 96hz, 44.1khz or what?
A: It's probably in your best interests to set the Xonar Control Panel to the sampling rate of the music you are playing back. However, it's up to you to tell if you can hear a difference between the settings. If you don't play any 24/96 sound files, just stick it at 44.1khz. I am currently reviewing this thread to learn more about sketchy bitperfect playback issues, will update when I can!

Q: What's with kernel streaming, ASIO, and all that?
A: That's a larger topic discussed elsewhere, but the cards support both quite well. You should probably use them.

Q: Can this do 3-d gaming sound and surround sound?
A: "For gamers, the Xonar Essence STX supports EAX 2.0, as well as the Asus DS3D GX 2.0, when using digital output. This lets both XP and Vista users play both EAX HD 5.0 and DirectSound 3D games with full surround audio. The EAX 5.0 emulation isn't perfect—we heard occasional quirks like voices picking up unintended echoes—but overall the 3D effect remains convincing and true to the original intent." The card isn't designed to be a gamers card, but for the casual gamer who would want excellent stereo or EAX 2.0 audio, it will fit the bill.

My impressions of the card is that it is totally worth the cost, and a total steal at that. For the individual who listens to most of their music at a computer, it's a no-brainer, unless they want to build a costlier system. Note: there is likely some competition for this card at this point, I will update when I can.
Music -> S.M.S.L. M500 -> Shure SRH1540. Wooo.

Nice summary. Many of these posts got lost into oblivion in the massive sneak peek thread.

Just got my card, so this is a definite read for me (tomorrow when I'm not dead tired ^^)

I know this thread is for STX,but I fiqure since the HDAV has the same I/V and buffer layout minus the headphone amp. I fiqure post here too.

Mainy seeing how it will sound so when I pair it with a Quipu Q2 amplifer stock tube(just gotta start fiquring out tube amps) so I know what to expect. If you get what i mean.

Thanks for doing this Telix

I've found that if one is using the headphone output on the STX, the LME49720's sound the best, and without the slightly undefined bass that I feel they can have at times through the line-outs.
Source: Audio-gd DI20HE > Audio-gd R7HE
Amps: Coda No. 8, HE9, HSA-1b, Jotunheim R, Kinki EX-M1+ with upgraded Opamps
Headphones (balanced): SR1a, AB-1266 Phi TC, Susvara, Arya, HD800, HD650, KSC75
Speakers: ATC SCM19, Martin Logan Electromotion ESL, ADAM ARTist 5, Audioengine A5, SVS SB3000, Klipsch R12SW

Both kernel streaming and Asio work well in XP sp3, but I have not tried with 32 bitdepth... The Essence only supports up to 24 bit depth so maybe it doesn't work, or maybe you lose quality. The switch to kernel streaming really improved sound quality, and I recomend it highly...
Home:
Source: Apple MacBook Pro
Headphones: PSB M4U2
Stereo: Onkyo A9355->MS Avant 906i Floorstanders
Portable: iPhone 5 -> XTZ EarPhone Sports

ok thanks for the feedback!

but the stupid drivers resample everything to the sample rate you set in the drivers?!

goddarn, they've managed to screw up on the drivers...shame oh shame

The whole idea of kernel-streaming and ASIO is to by-pass all Windows interference with SQ, so playing 24 bit shouldn't be a problem. As for changing speeds with varying bit depth and frequensy I haven't noticed any change of speed or similar problems, although I haven't played that many 24 bit flacs...
Home:
Source: Apple MacBook Pro
Headphones: PSB M4U2
Stereo: Onkyo A9355->MS Avant 906i Floorstanders
Portable: iPhone 5 -> XTZ EarPhone Sports

well, yeah I agree! you bypass KMixer w/ KS/ASIO, but not their stupid drivers

I've put a 24/96 file here if you could try : RapidShare: Easy Filehosting

what is required is an "auto" samplerate selection in the drivers

I just installed the vista 32 driver for my STX and it seemed to have screwed up the sound app in the system tray. Now when I click on it, the volume bar won't open.

Any body with this issue?