Looking at the simplified schematic, it appears that this amp uses an output differential amp with drain resistors running 6 mA current per side. Unfortunately, this wastes a lot of the signal current in the drain resistors. If the designer had used a constant current load in place of the drain resistor, he could effectively more than double the output power while concurrent decreasing distortion without changing the operating conditions.
Share This Post
Reactions: VandyMan, statfi and DaddyWhale
post-15449072
Post #18,276 of 18,307

A likely divisive opinion: when comparing the BHSE (+Psvane) with the Phenomenon amp, I was surprised to find the latter even better in natural dynamics and sound stage, being similarly smooth and natural. A far cry better sound than any Stax energizers, for similar price. Very solid build, too. It drives difficult loads effortlessly. I know nothing about the internals or the sanity of the design, but the sound is excellent and looks like something that will last for a long time. I guess it takes a leap of faith to order it, but I am pretty much convinced it's worth it. Myself I will give some more chance to tubes, but this is now the next strong contender on my radar.
Share This Post
Reactions: DaddyWhale
post-15450017
Post #18,279 of 18,307

zolkis said:
A likely divisive opinion: when comparing the BHSE (+Psvane) with the Phenomenon amp, I was surprised to find the latter even better in natural dynamics and sound stage, being similarly smooth and natural. A far cry better sound than any Stax energizers, for similar price. Very solid build, too. It drives difficult loads effortlessly. I know nothing about the internals or the sanity of the design, but the sound is excellent and looks like something that will last for a long time. I guess it takes a leap of faith to order it, but I am pretty much convinced it's worth it. Myself I will give some more chance to tubes, but this is now the next strong contender on my radar.
Click to expand...

Looks like made in Russia? Are you in Russia, if not, how much was shipping cost?
Sometimes I'm envious of audiophilles in Europe, China, as there seem be more options, especially at seemingly lower price points than U.S.
Second photo is China's Brio ES Stat amp. 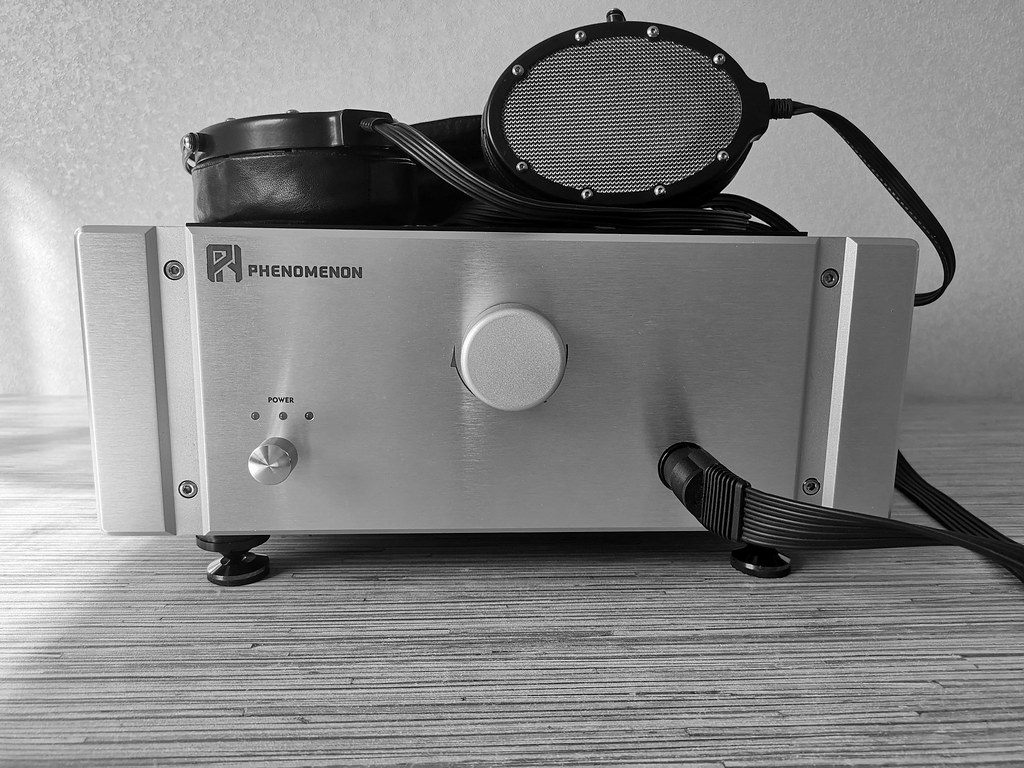 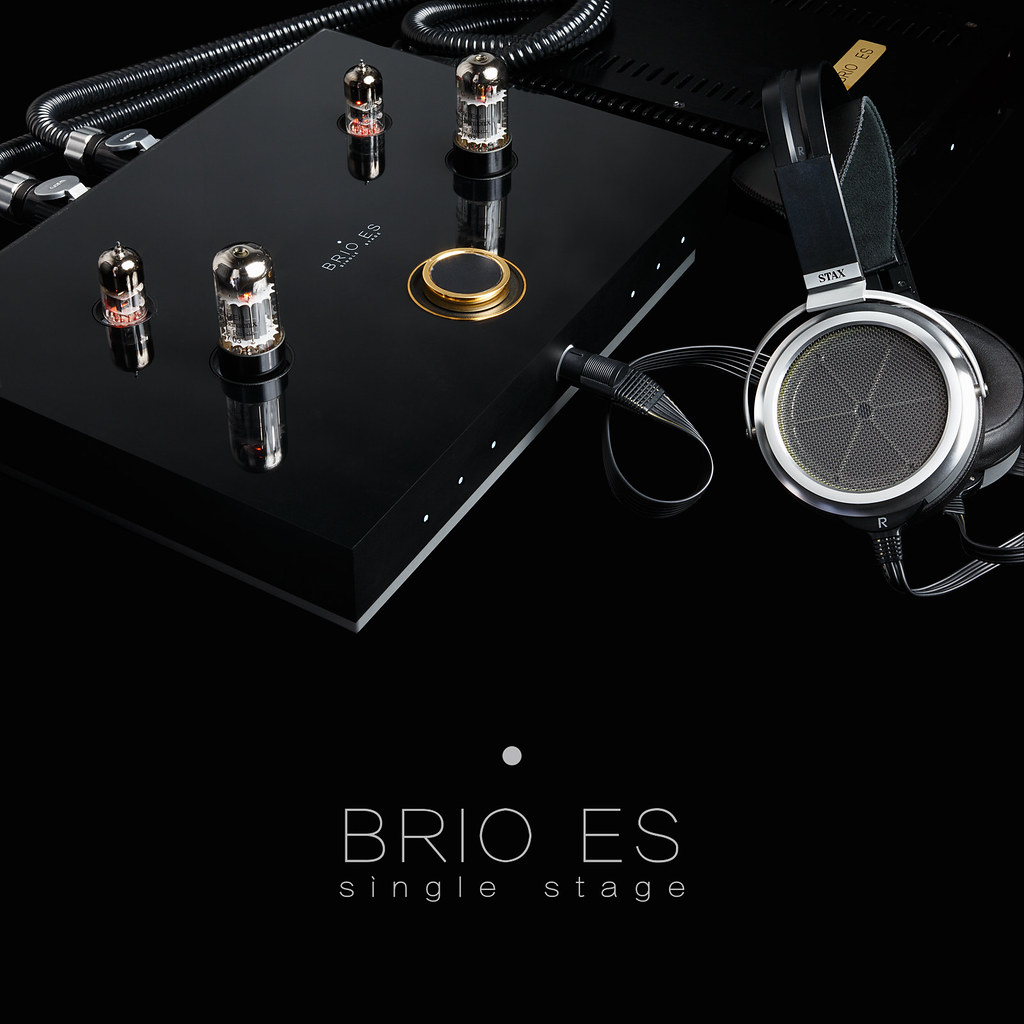 Hi, Stax people, I’ve only been a couple of months in the Stax world and want to share some impressions about the Stax headphone modding. I have an L500 with SRM-006tII. It seemed to me that the original pads on the L500 are uncomfortable and do not fit snugly to the head. Obviously stax doesn't have enough bass. Therefore, I ordered special pads from Vesper Audio. By the way, I saw their record somewhere here on the site. They are based in Belarus, Minsk. I saw this from the delivery box with their address. So what about impressions? I think this is a Must Have option for any Stax user. This is not a kind of advertisement for Vesper Audio. In fact, they just sent them to me after payment, they did not even inform me of the date of sending, they did not ask if I received them)).
What's the sound? The bass has become much nicer and bigger. It has become closer in sound to dynamic headphones. Became more fleshy and enjoyable. In some songs where there should be a very low bass at the level of the building's jitter, standard staxes did not have it. In mods, it is present and sounds right. I remember this from the dynamic headphones and from my wireless bassheads. As a result, we have the speed of electrostats and sufficient bass. At the same time, it remains the same fast and clear unlike dynamic headphones, well, you understand what I mean.
I will not give links, this is not advertising, just my review. I am now very pleased with the way stax sounds. There is another 500th and I can compare the sound instantly changing the headphones, especially 006 has two outputs.
Here is my review, I sincerely wish those who's Staxes give a feeling of insufficient bass to buy any modified ear pads that are thicker than original and made of genuine leather. Mine by the way made from thin sheep skin. Very soft, comfortable. I bought my L500 as used and it was unpleasant to wear them with old pads after somebody else...

I'd occasionally lurk here, but frankly saw not much reason to register; until i had this very question. After an apparently incomplete Google search as i found only one related mention, i made a thread in the new members section to enquire; then here i am, scrolling through the Stax pages i'd not read and voila.


JimL11 said:
Put it this way: you could buy a used SRM-T1 for $500-600, replace the old electrolytic capacitors and do my constant current load mod for about $100 in parts, and get higher drive capability with lower distortion, better bass and cleaner highs, than either the SRM-007T II or SRM-700T.
Click to expand...

And as it appears, you've also answered my question regarding the merit of 'upgrading' from a T1 to a 007tii.
Rather baffling given the difference in both pricing and years, i'd have expected the very opposite; nonetheless, my gratitude.

Now i need explore even more expensive options it seems; lovely. And what a surprise, never before, i swear ...

Went straight to it and only now realised -sincere apologies- i neglected the basics..

Not exactly a well off person, but partly a relatively frugal living (most things i enjoy revolve around mental exercises or practices) partly good planning, i've managed O.K. hobby-wise

I own a Sigma (the 'panoramic'), a Lamda Nova Signature Pro, a Classic(s[?]) Pro and an SR-3 or 5, i'm not sure right now; white casing, white cable; all in exceptional condition, you'd honestly think they're brand new. They're my babies

I wish i could tell you i also own the 90s Omega, lol, but.. yeah.. i don't.
I'd say the Sigma is my favourite by far, the Nova Signature a close second, though they all have their charm and knowing them well by now, i occasionally alternate between them, music and circumstances depending.

While not exactly 'required', am in the process of saving up for a new one; i don't buy used electrostats, never have; all the above have been purchased brand new. Too sensitive for one (even the altitude/humidity is a factor and who knows where the previous owner lived, let alone how they treated them) and of course with headphones it's a bit more personal isn't it? I don't want to wear what who knows whom was wearing before me. Can't exactly wash mashine earpads now can you

Not quite certain as to which model i'll be purchasing just yet, but way i see it, only two options:

- Second in order of preference, the L700 mk2.
Honestly? Just that new brace.. arc..(?) is enough of a reason; my love for those i own notwithstanding, it's been my complaint since day one; with the exception of the SR, i fear even moving my head too abruptly in case they fall off me, very, very bad fitting. Honestly don't know why they kept it for so many decades, escpecially given the pricing.
Then of course it's a Lamda, it's also their best Lamda from current offerings, and by now it's had its quirks remedied (always a thing with Stax huh).
And a bit enticing that they incorporate 009 "technology", whatever that may actually mean?
Actual leather band and pads a cherry on top.

- First in order of preference, the 009s.
Yes, yes and no, i don't care. Because those very certain few (ahem, and always the said same certain few, what a surprise) that complain the loudest also happen to be among those who have posted the most about Stax phones in general; you read enough of their posts, you get an idea of their preferences; and suffice it to say, not worried about the 009s, not in the slightest.
Though if i go this way, i'll be in need of a better amp. Given JimL's track record, lol, i'm thinking of an SRX Plus; what worries me is obtaining the PCBs, but.. that's if and when.
And while rather immature i suppose, frankly i've never had an Omega, not exactly in my typical budget. And i do want one.

I really love Stax because i really love music. Music and books; they make my personal world (nutshells and headaches) beautiful, unique, mine.
And for listening to music?

There is only Stax. No one else.

Now as to which of the two it shall be? Am giving it a bit of time, we'll see

(emphasis on "a bit", as i honestly worry they're gonna close shop yet again. Partly their most decidedly refusing to go along with the times in advertising and exposure, partly subpar but el-cheapo "competition" from Chinese brands or that Caldas brand now [i mean Jeesus, bolted wires? Seriously], and partly or rather mostly? The times.. both in what genres are predominant today and in the way folks like to listen to; heck, some actually believe IS the way to listen to. I've no knowledge of Stax's current finances, but given the above, sincerely worry they'll shut down. For good this time. So i won't be waiting too long. Just one last addition please)
Last edited: Feb 15, 2020
Share This Post
post-15470218
Post #18,283 of 18,307
T

You may also want to consider the SR-007 MkII. Although it fits in between the L700 and 009 in price, some persons, myself included, prefer it to the 009, when modified with spritzer's port mod. It has a warmer sound, compared to the brighter sounding 009, which can give the impression of more detail. Among others who prefer the SR-007 with port mod to the 009 are Tyll Hertzens, who was the previous editor of InnerFidelity, and Bob Katz, the well known recording engineer - you can do a Google search to read their impressions. Of course, at this level, it's more a matter of personal taste and preference rather than absolutes.
Share This Post
Reactions: Aenra and DaddyWhale
You must log in or register to reply here.
Share:
Facebook Twitter Reddit Pinterest Tumblr WhatsApp Email Link

Users Who Are Viewing This Thread (Users: 2, Guests: 6)