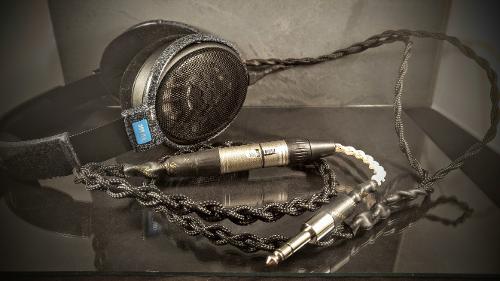 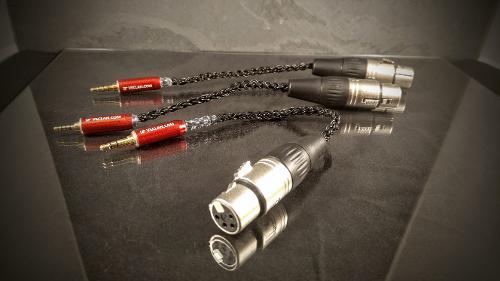 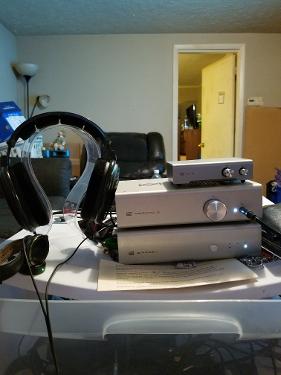 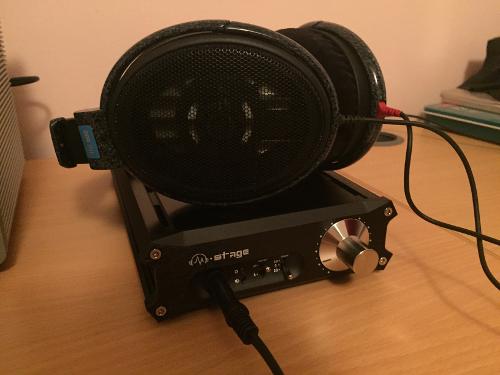 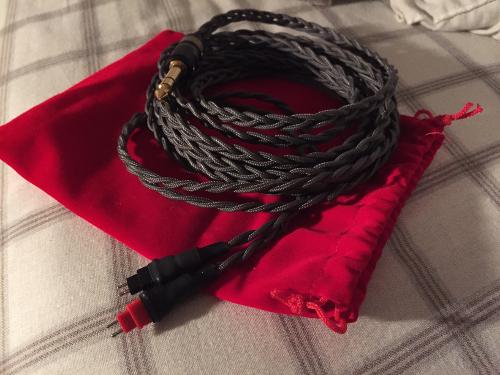 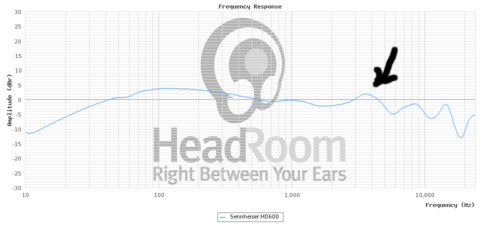 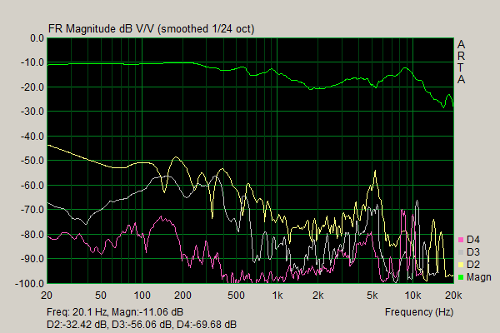 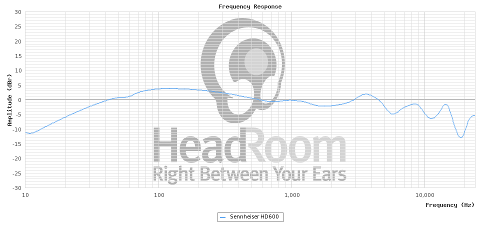 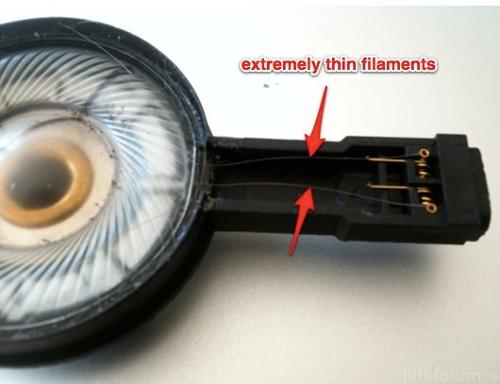 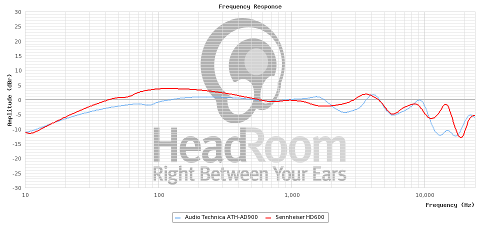 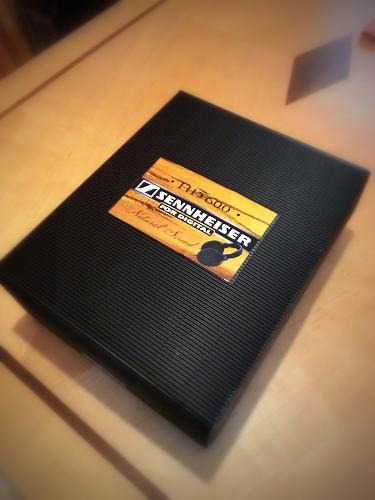 See full thread gallery...
You are using an out of date browser. It may not display this or other websites correctly.
You should upgrade or use an alternative browser.
The Sennheiser HD-600 thread

Haven't heard the "new" version but if Sennheiser claims that there is no difference in sound i see no reason not to believe them. I may be wrong...

If there was substantial difference in sound, and for the better, wouldn't they be praising it at all doors and holes to get people to upgrade to the "new" version?

I can definitely see there being a little difference. Maybe no night and day. After all even the housing makes a difference
Team Delicious and Juicy Sound

Thank you very much for your elaborated answer, very helpful. I still very interested in the AD2000 (your description in it is exact, from that i have readed (recently too)); as in it too, but the bass and speed in it (HD600), can't be enough for me (not sure completely, but...). Ahggr, this is a predicament...
Quote:

Hey donunus, the mids aren't recessed at all in my DT990 (very little at worst in reality) in my setup. The problem is that the upper mids, doesn't have the enough body and energy (aggresiveness) for the music that i listen more (the EQ helps much but not with the speed of the headphone mids).

About the AD2000, can be..., but my Arietta + crossfeed can help here with the mids, i like agressive upper mids (it convey the emotion in the music (well with aggresive music) it get your (as it's called here) toe tapping...). (Even, i feel sometimes the prominence in the DT990 mids (i think that it is in the medium midrange zone, and lower midrange) in some music and TV). {remember that i have the HFI-780 [I use it for less than 40 hours (while the drivers works]}
However the HD600 seems again very interesting, but i can be worried about this headphone performance (it can have excellent tonality, but even so, it can't totally involving/faster for my complete satisfaction...,). it's is a predicament, a difficult choice for a musical (and with a more mids emphasis headphone) the same for the Denon D5000 which is in the list too.
Where i can buy the HD600 (newer version headphone)?
Thanks
Quote:

Thats what I meant wilashort. If You think the dt990 mids are close to neutral then the ad2000 will be too much maybe. The hd600s are in between but they have a sweeter sound than both. As for the speed, The 600 isnt slow IMO. I feel that opinion is highly overbloated here on headfi. They actually have a more natural sense of speed than anything Ive heard except when you are talking about the bass. Its faster than beyers just to have a frame of reference. Grados to me for example are not really super fast either, they just seem like it because of the extra highs in the region where you will get fooled into thinking there is some major speed in the sound of the cans.
Team Delicious and Juicy Sound

Over the weekend, I was able to listen to the DT990, HD600 and HD650 and Grado 225. They were in two hi-end Portland audio stores and plugged into meaty looking headphone amps.

I found vocals in the DT990 to be recessed and thin, but the phones did have a nice extension in both bass and treble. High notes were not shrill and the sound seemed to be pretty balanced, without particular emphasis on any notes. I definitely would not buy them because the sound had an airy quality as opposed to a weight.

My re-audition of the Grado 225 was pleasant. They presented a nice layering of sound and a fantastic clarity without being overly bright. I'm not sure if this qualifies as colored sound, but everything sounded like it had been bumped up an octave. Not an awful headphone at all, but I could imagine finding it fatiguing after a bit. The sound just had a high resolution quality to it that demanded attention, and that could be a drag after an hour or so.

The HD600 was great - more mellow than the Grado, more weight than the Beyer, fantastic vocals and full-bodied bass. Highs seemed natural and not rolled-off. The phones were comfortable too. I want to give them another listen to ensure I am really smitten, but I think they might be for me.
Seattle, WA
[Sony DVP-S7000]-->[Darkvoice 336i]-->[Sennheiser HD600 w/Cardas cable]

Maybe about the mids in the AD2000 can be too much for me with some Vocal songs (those that i listen are less frecuent and slower). But the majority of music/material that i listen is mixed (vocals/instruments/effects or only effects) and almost never vocals only.
I want a bigger impact in the music that i listen more. Specially that, that use a lot of electronic effects (well electronica, but somethimes it have a mix of various kinds of music as Techno and New Age (and others that i can't known that classification has)) and i think that the AD2000 is the most suitable for my likings.
Really i want to buy something different/radical to my DT990 and at the same time that complement my DT990.
The HD600 again seems interesting, but i think that it will not cause a very big impact in the music diferent to my DT990 that i listen more as the AD2000.
iIn other hand, the bass and treble isn't as important as the mids in speed, And yes, i understand what you say about grados.
The treble smoothness in this headphone (ad2000) is very benefical for me, because this headphone reach very high volumes that should be very sharp/shrill to bear than with other brighter headphones (MY DT990 are almost smoother with my setup but it doesn't reach very loud volumes with my amp (it only give me "ringing ears" when i listen music with much treble and artificial amplification added)).
Quote:

Both the ad2k and hd600 are great. HD600s jut give more organic mids. The ad2k is louder in the mids but boxy sounding timbrally in comparison
Team Delicious and Juicy Sound

i finally decided to try hd600. sennheiser's $50 rebate program sounds very good.
where can i buy them at the lowest price?
amazon and ttvj have them at $300, and headphone.com has them at $320.
is there any other authorized dealer that sells (and accepts paypal payments) hd600 at lower price?
Headphones: HD600, ER4-P/S
Amps: Pico
DAPs: iBasso Dx50, Cowon D2

Now that I'm thinking about it...

With other headphones that I've tried, different sources/amps didn't make enough differences to make me turn from love to hate with any of them. I guess I was bothered in some way by each of the cans signature colorations more than what different amps would do to them.

With the 600s, Swapping amps is another experience altogether. It seems that my disease is going toward that direction instead of worrying about the headphones themselves

First impressions are that now the hd600s sound much less strained; more "alive", more forward, more detailed/dynamic, and overall sound smoother/less harsh now while not making the sound warmer than it was before.

got my hd600 last week. listened to them for several hours over the weekend.
i prefer these cans over hd650 by far. to me, hd600 sounds like hd650 and sr325i combined in ways that i like about them.
gonna DIY a cable with cardas connectors and spc wires tonight.
Headphones: HD600, ER4-P/S
Amps: Pico
DAPs: iBasso Dx50, Cowon D2

I LOVE MY HD600! they have become my #1 can over my SE530s and DT770s. now all i need is a good home amp for them instead of using my headsix. even with the headsix they sound great, i can only image how they would sound properly amped.

I always love the grado sound, but to me there were only subtle differences from my sr80's. Great sound but i'll upgrade my grados another time. So i decided to try out the sennheisers...

Tried the HD595's... gahh i wasn't very fond of them. It was too dark. It had a lot more bass and it felt that the highs were behind a silk curtain. So i tried something better along the line. The HD600's.

WOW.. These things are awesome.. bass is much more controlled, the highs are much more clearer and wow the soundstage. Much better than the 325i's. I'm certain this will be my next purchase, or the hd580's which i hear have the same signature with a different design. To my dismay, the local hi-fi shop is selling this baby for a whopping 600 dollars (Canadian eh..). Hopefully i can find some used pairs that are half this price.
Feedback
You must log in or register to reply here.