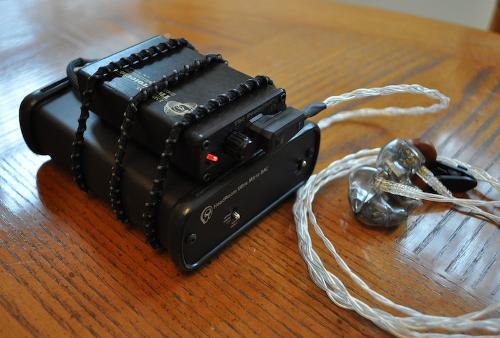 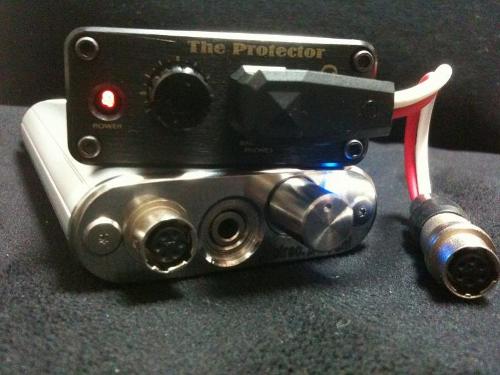 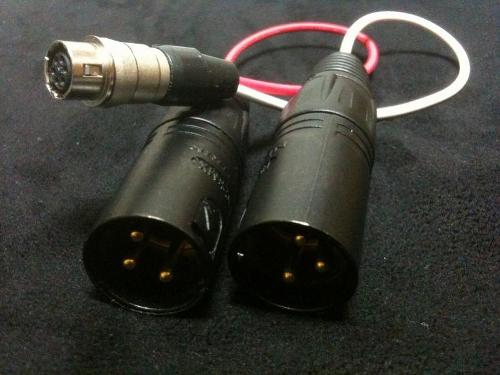 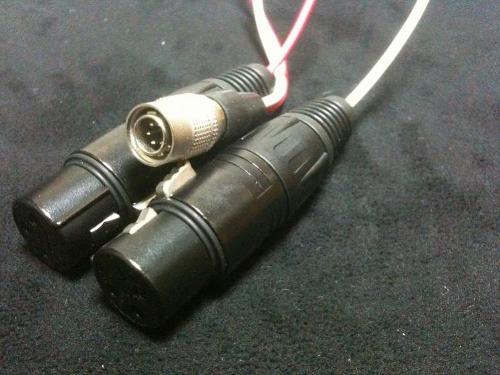 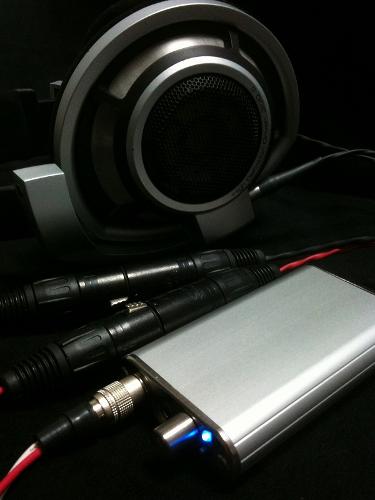 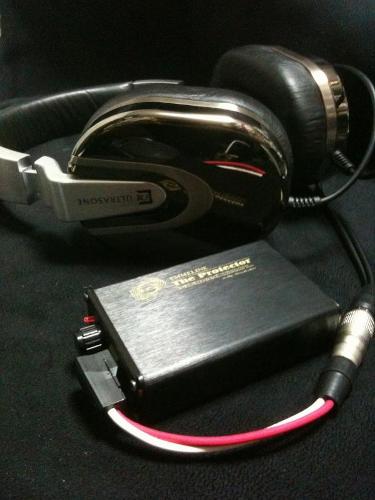 You are using an out of date browser. It may not display this or other websites correctly.
You should upgrade or use an alternative browser.
The RSA Protector balanced portable: Images and impressions 1st page, Please post your impressions . .

How does the Protector/iPod combo stack up against the HiFiMan HM-801? Hmm, at the end of your audio journey? Yeah, right... ; )

How much is the Protector? Price is not in the RSA site
Stax and Bach. Avatar is Thomaskirche in Lepzig

u forgot about the 3% paypal fee

normally how long do they take to get shipped your protector after purchased?

I needed to re-write my most recent comments above, but wanted to save the original post above to show that I am not changing anything or back-peddling, but mearly clarifying what I meant to say:

The impressions were not the same using balanced vs single ended, and we listening to the Protector both ways. Balanced was better. But, SE vs balanced didn't affect the synergy with the various IEM. To me, the synergy is how well the frequency response characteristics of the amp and IEM mate with each other. The ES3X sound best on an amp that is a little more laid back in the mids as they have a bump or plateau in the 2K - 8K range and roll off some after that; and the JH13Pro sound best with an amp that is a little more energetic in the mids, as these IEM are a little less forward in the 1K - 5K range than the ES3X (fortunately the 6K peak is short and not very audible). I've always called the ES3X an HD800 in an IEM with it's more prominent and crisp mids, while I've said the JH13Pro are more like an O2 Mk1 in an IEM, with the bass a little more more prominent than it's mids.

However, I did feel the Protector's balanced mode gave all the IEM a little wider and deeper soundstage than SE mode; and while Blutarsky agreed with that, he felt the differences were not as huge as I thought they were. I don't recall exactly what Sherwood said in that regard. It's generally accepted that IEM have more headstage and less soundstage than full size headphones, because the pinna of the ear is not involved in imaging and so HRTF are out the window. I think that it's much easier to hear the benefits of using balanced mode with full size phones than with IEM; but the fact that the soundstage opens up and becomes wider, deeper and more transparent at all when switching from single ended to balanced with an IEM is more significant than I may have made it out to be. It shows that the amp's channel separation and micro-detail is improved in balanced mode; so that cues involved in air, ambience and space are improved, despite using IEM that only present the sound deeply in the ear canal.

With HD600 the Protector balanced mode is noticeably better than single ended, and the synergy with HD600 is fantastic. The Slim struggled more to drive the HD600 in terms of power, but Justin has made it clear that it is designed primarily with IEM in mind. The Slim did respectably well with the HD800 in terms of synergy, where the frequency response of the HD800 with Warren Audio cable on the Slim was a little nicer than Protector, but it was not nearly as powerful as the Protector. The Slim was mostly good for quiet to medium volume levels, where its frequency response matches the HD800/WA cable in a pleasant and enjoyable way at low to medium volumes. I would still take the HD800 balanced with Protector over single ended off the Slim, because of the improved soundstage, imaging and power.

It needs to be said that in my Warren-Aduio (AKA Fidelity-Audio) HD800 cable review I noted that the aftermarket cable increased the detail and treble levels of the HD800. This was easy to tune a full size tube amp to match it, but a solid state amp's state of tune is fixed and you can only tune it with the source and cables. I've always maintained that like to use a warm DAC and tubes with my HD800. Even with as much as I have gushed about my Nuforce HDP with HD600 and HE-5, it doesn't perform as well with my HD800 as my WA6 or ZDT (nor does my Amphora). So it's no surprise that with HD800/WA cable in balanced mode that the Protector was slightly bright - I haven't had time to try the HD800 with stock cable and 4-pin XLR with balanced Protector yet, but this should sound less bright.

Last night I did try the warmer sounding uDAC as source to the Protector/HD800/WA cable, and this was a better mach, just by changing my source. In another review I've noted that the uDAC is a better DAC via RCA outputs than it is a headphone amp; and I found that the uDAC RCA out was a nice match for the eXStatA electrostatic amp and SR-Lambda, HE-60 or Jade. Now I can add the Protector/HD800/WA cable to the list of amps that do the uDAC justice. I've been using the Protector with different portable sources like DACport, Pico DAC, and iBasso D4 DAC, until last night when I added the uDAC. At this point, I do plan to try the Protector with a desktop DAC like my Apogee mini-DAC, Nuforce HDP, PS Audio Digital Link III and PS Audio Perfectwave DAC. I'd like to see how well the Protector scales up with IEM and full size phones with a desktop source. With HD800/WA cable I suspect the DLIII and PWD will be the best match, but we'll see.

I know I will get more questions about Protector vs the Pico Slim here, but I wont be able to try the Slim further with these sources because the input jack broke and I have to send it back to Justin today. In the 4-5 months that it's been sent around the country as a demo amp it's probably seen a lifetime of plug insertions and removals, and it may have been accidentally abused as well. Some plugs really grab and hang onto the jack's contact springs, and my ALO jumbo cryo silver x iMod LOD may have been the culprit since I can barely plug it in and remove it from the Protector as well. I don't think this will be an issue for people who buy one, but I'm sorry I wont be able to provide more comparisons.
Larry Head-Fi Feedback
See my PUBLIC PROFILE for links to my reviews (being updated)
Recent Reviews: (1) V-MODA Crossfade M-100 Review
(2) JH Audio JH16Pro Freq-phase custom IEM
(4) Westone ES60 custom IEM

There's currently about 200 Protectors made for the first batch and I'd guess at least a few of that batch are left, which are available for immediate shipping, after which it'd take probably 3 days to arrive. After the first 200 are completely gone though, I think he'll take a bit of time to get more out.

and for a plug, ill be bringing mine to our Dayton OH meet, and ray is letting me borrow his 2 x 3 pin xlr to protector adaptor for the meet, in case anyone was in the area and wanted to try it

I haven't gotten the new GAME IEM amp yet, and for now my HM-801 sometimes is a bit bass-shy of what I want it to be, and volume control range could be better. It is a very refined sound, however.

I haven't tried my iMod->Protector yet, and won't use my iPod anymore (why would I, with my iMod?) so I'm probably not a good source of info on this front.

Using HM801 + Protector makes it perfect, but I know that's not your question. When I am bringing my equipment around in a bag, HM801+ Protector is my first choice. For ultraportable uses only, HM801 is perfect. Simple, no ICs, great SQ.

Well, this is the end of my equipment journey. I'm gonna focus my efforts on finding good music next. Onward to music-fi!
Reviewer, theheadphonelist.com: Fit for a Bat! Flagship IEM Shootout

John, I just wanted to let you know that I've been following your reviews with great interest even though I've only recently joined the forum. As you can see from my signature, I've invested quite a lot recently in audio tech and my JH16s should arrive by the end of the week according to Jamie Harvey. I'm busy breaking in the Predator/Shadow with my Whiplash Twag cable (currently hooked up to a TF10) until the 16s arrive.

I would be very interested in hearing your impressions what would going balanced would add to the overall experience between the Predator->Twag->JH16 vs. a Protector->Balanced Twag->JH16 configuration.

Evan replacing the stock cable on the TF10s connected to the Shadow produced a jaw-dropping 1.5-hour "moment" for me...can't even imagine topping that further. Then again, I've been there before...

Having Ray's other 2 x 3-pin XLR was a great help in letting me start my balanced amp burn-in a few days before I got my Whiplash Audio balanced 4-pin adapter. And Seamaster was kind enough to loan me his 2 x 3-pin Equinox HD600 cable, since all my balanced phones have a 4-pin XLR cable and can't be used with Ray's adapter.

I just wanted to publicly thank them for the loans, or otherwise my impressions would have been delayed further. I've sent back the Equinox cable, and will be sending the balanced adapter back today or tomorrow, unless Ray calls me and asks me to send it to another head-fi user who wants to do a review or a meet and doesn't have a balanced adapter.

I will probably wait until I have 300 hours on both the Protector and the cables before I post more impressions. At that point I would like to call burn-in complete, based on comments by Ray and Craig (although some have asked me to do 500 hours). I think this morning I hit about 225 hours on the amp, and 145 hours on the cables, and I am running the music through them non-stop right now, with a couple of hours break on the amp occasionally. I am burning in the SE adapter and 4-pin XLR adapter with my Apogee mini-DAC and CD player, and the amp with balanced JH13Pro with my Macbook (except when I take it with me and it's getting a break).
Larry Head-Fi Feedback
See my PUBLIC PROFILE for links to my reviews (being updated)
Recent Reviews: (1) V-MODA Crossfade M-100 Review
(2) JH Audio JH16Pro Freq-phase custom IEM
(4) Westone ES60 custom IEM
You must log in or register to reply here.