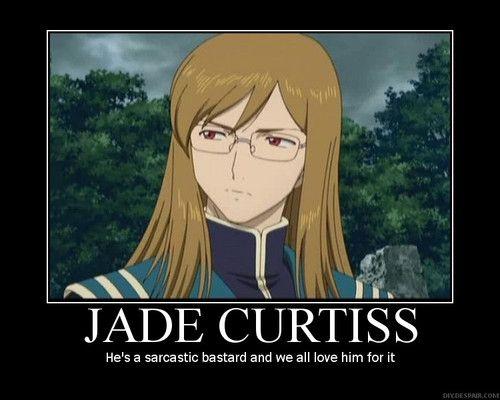 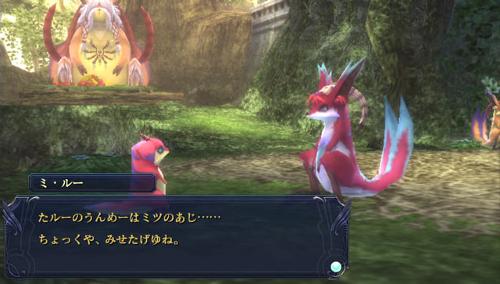 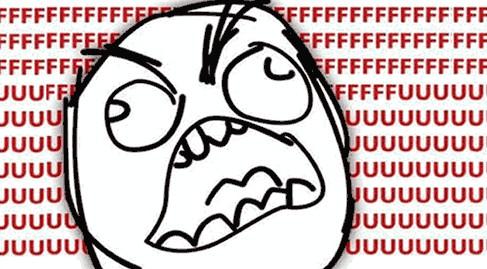 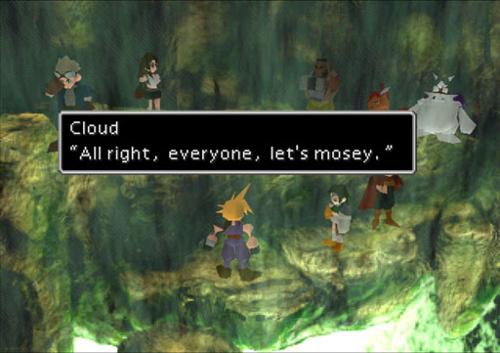 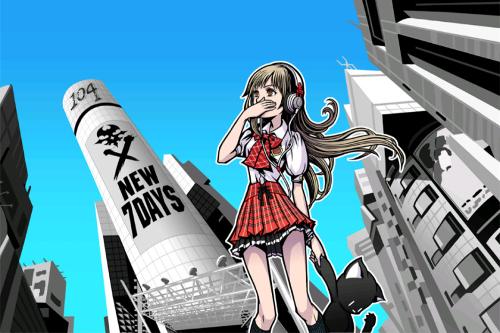 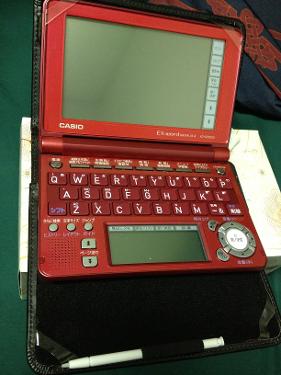 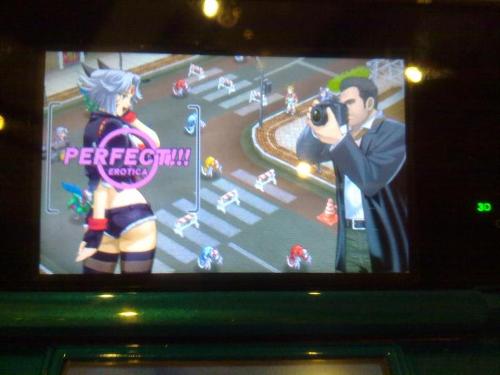 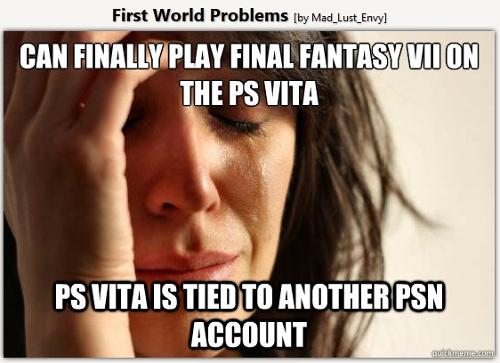 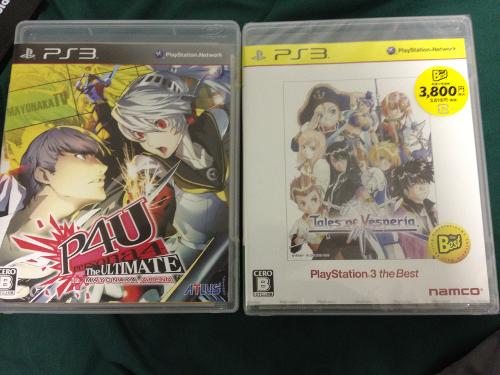 In order to keep this section from being spammed with a thread for every JRPG video game (yes, redundant) in existence, I'm attempting to make this thread for the purposes of speaking about them in general.

From non-popular or niche titles that not many people would discuss, or just random games in general. For example, I'd like to discuss Breath of Fire, a series long dead, but still well known to JRPG fans in the time of its prime. There is no reason to make a thread about it, as its not exactly a Final Fantasy or Kingdom Hearts, etc. That, and its been long dead.

These are examples of games that are NOT JRPGs: Mass Effect, Skyrim, Oblivion, World of Warcraft, so no discussion on these here.

What are your fave JRPGS, guys?

My absolute faves that I can remember are:

Star Ocean 2 sure brings back memories...
Heaven's closed, Hell's sold out, so I walk on Earth.

Me too. Its the best Star Ocean. The game really helped me to fall in love with action JRPGs, and was a gateway into my Tales Of fandom. Star Ocean/Tales are distant relatives (a lot of the same people worked on both series at some point).

My killer team in SO2:

That team would just eat anything alive. Chisato had two arts that just destroyed everything by sheer number of hits.

mad lust envy said:
Me too. Its the best Star Ocean.
Click to expand...


Did you ever do a 4 fighter team?

Claude, Ashton, Opera, and Bowman or Chisato makes an interesting team.  Its a shame you can't work Diaz in there though.
Heaven's closed, Hell's sold out, so I walk on Earth.

As JRPG fans, I implore all of you that owns a PS3 to please buy Tales of Graces F. It comes out in a few days in the West, and we really need to support the series, so Namco Bandai doesn't neglect us anymore.

Wow, how could I forget Bowman? Of course I used him too, whenever I didn't have Precis (for obvious reasons). My last PSP version run was:

As my main group, using the others to keep them leveled, but not really using them.

Lol, the ending had Bowman and Opera together, DOH. I was trying for a Opera/Ernest ending. Hahaha. The canon couples ended up NOT together. XD
Mad Lust Envy's Headphone Gaming Guide: (Updated 3/10/2020: Updates to Audeze LCD-1, Mobius , Fixed Missing Images)​
Share This Post
post-8213776
Post #8 of 831


What did they do with those remakes...  I just had to look that up and make sure I hadn't lost my mind.

I've got the original Playstation version around here somewhere.  Hell, that game is why I bought a Playstation in the first place.
Heaven's closed, Hell's sold out, so I walk on Earth.

Both the PSP Remakes (well, the first one is a true remake, the 2nd just has some tweaks) had Welch as an extra character.

She's pretty mediocre in battle, but trust me when I tell you, she is the funniest character Enix has ever created. Her private actions alonemake it worthwhile playing both games on the PSP.

One thing I miss about the original SO2 is the cheesy voices. The PSP remake re-did the voices, and some aren't as unintentionally hilarious as they used to be. Noel was so soulless in the original. Now he actually sounds real, lol.

Did you like SO4? One of the best current gen JRPGs, easily. I don't understand why people had issues with it. That game is classic. Other than Sarah and Lymle's voices, the game was stellar. Had to re buy it for the PS3, since it has the Japanese voice option. Lymle sounds much better, but Sarah is... still, ugh.
Mad Lust Envy's Headphone Gaming Guide: (Updated 3/10/2020: Updates to Audeze LCD-1, Mobius , Fixed Missing Images)​
Share This Post
post-8213795
Post #10 of 831

mad lust envy said:
Did you like SO4? One of the best current gen JRPGs, easily. I don't understand why people had issues with it. That game is classic. Other than Sarah and Lymle's voices, the game was stellar. Had to re buy it for the PS3, since it has the Japanese voice option. Lymle sounds much better, but Sarah is... still, ugh.
Click to expand...


Never played it.  I don't even own any current gen consoles.  I haven't played any games in long time actually.  I keep wanting to get back in but I never seem to for some reason.
Heaven's closed, Hell's sold out, so I walk on Earth.

Ah, its understandable. I have so many JRPGs I wanna play, replay, but life just doesn't give me enough time to do everything I want. I work 6 days a week, and when I come home, I'm usually catching up on TV/anime/movies, that I can't focus on games like I used to. That and I'm getting old, lol. Almost 30, NOOOOOOO. Hell when I have girlfriends, it eats away at my free time too. I'm sort of glad I'm single atm, because it let's me catch up on other things. I'm one of those geeks that doesn't really look like one? Lol. I'm a proud geek though, so whatevs.

SO4 has probably my favorite combat of the current JRPGs, but it's utterly horrid in almost all other aspects. Annoying stereotype anime characters, overly long dungeons, forgettable plot. Tales of Vesperia does everything better except combat, which lacks the control of S04. Having played Abyss, I just couldn't deal with it anymore, and never made it out of the forest.

I started Lost Odyssey, pretty good if you're into the old-school turn-based combat. The short story-like "memories" are well-written, though often lengthy. I'm only a few hours in, still waiting for the game to pick up in pace.

Only JRPG series I truly care for now is Persona. The games aren't perfect, story pacing was problematic in Persona 3 and I was never a fan of randomly-generated dungeons, but the atmosphere and characters are just wonderful.
"D'you know why I wanted to start this war?... To make sure people like you aren't remembered when you die."
Share This Post
post-8214973
Post #13 of 831

I don't really consider Zelda a JRPG series, more like an "action-adventure" genre. I suppose that's because of the lack of more obvious RPG mechanics like XP/levels/stats. Also, general gameplay/combat, but I can't say that counts either because there's plenty of JRPGs with non-"DVD menu" combat (like the entire Tales series and Star Ocean from The Second Story onward).

Anyway, it's about time I started making use of the Wii's backwards compatibility. Which should I start going through first: Tales of Symphonia, or Skies of Arcadia: Legends?
Please don't PM me with audio questions. Ask on my guide thread, or Mad Lust Envy's guide thread after reading the respective guides!
Share This Post
Reactions: chickennuggets
post-8215404
Post #14 of 831

Hey envy  have you ever played lost odyssey ? It has an amazing story and theres a part which had crying

first and only game that done that to me
If you don't know who's the man in my picture is please do me a favor and watch this video on youtube, if you dont cry watching this video something is terrible wrong with you.
Share This Post
post-8215427
Post #15 of 831

I'm quite fond of the Kingdom Hearts series (I, CoM, II, BBS) and Final Fantasy VII and X. However I never finished the latter two. I always end up getting stuck underleveled somewhere, or missing an item somewhere and end up starting over to a new file. I will be very happy when the next console Kingdom Hearts game comes out. I'm getting tired of all of the side games, though 3D might be worthwhile when it comes out.
Share This Post
You must log in or register to reply here.
Share:
Facebook Twitter Reddit Pinterest Tumblr WhatsApp Email Link