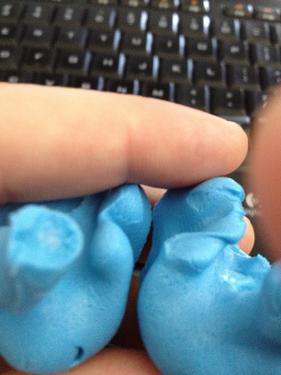 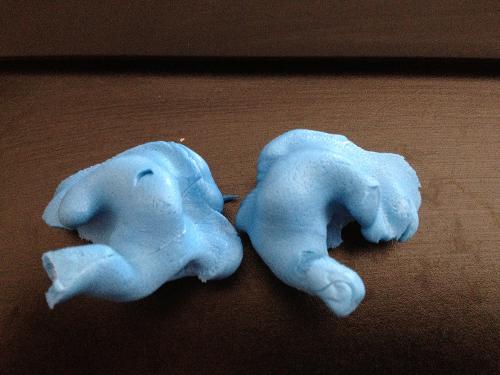 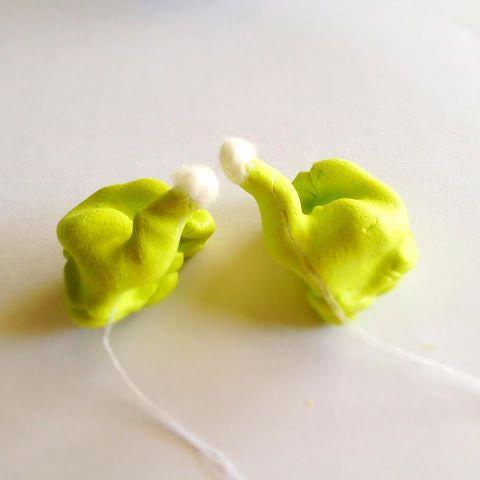 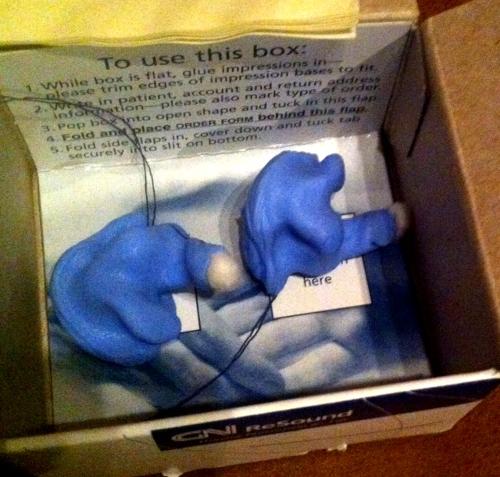 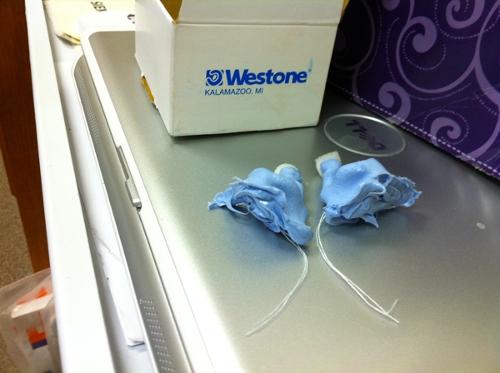 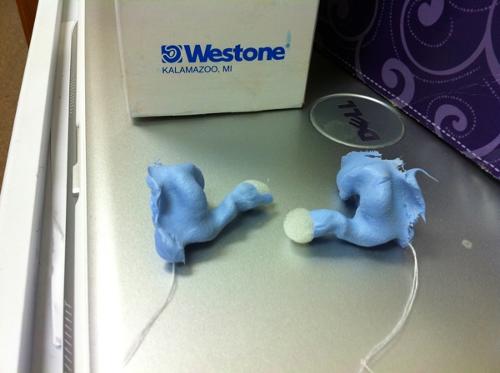 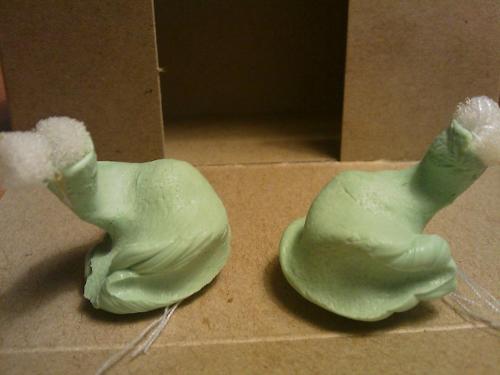 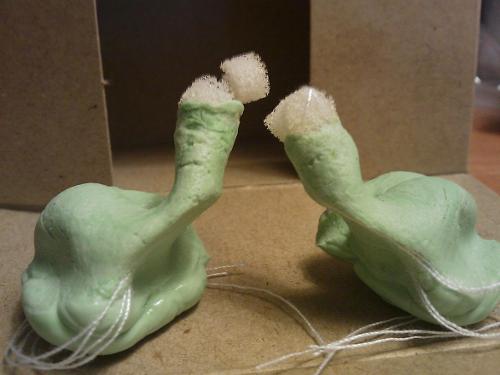 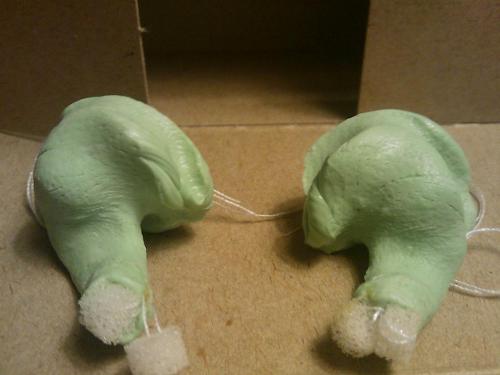 See full thread gallery...
You are using an out of date browser. It may not display this or other websites correctly.
You should upgrade or use an alternative browser.
the Audiologists impressions thread (pun most definitely intended ;) )

How much does Sonus charge you over there? The Sonus places I've called in the Chicago area have quoted me $100-$150, even though they each claim that they use the exact same pricing that's set by the company. I have a feeling they're not understanding what I want.
last.fm
photography

Not sure if this is the proper topic for this or not, but from what I've read I think it is. Gonna just start it off with my story.

So I got the UM3X about a month ago, and I'm quite happy. A bit less bassy and less soundstage than my Klipsch X10, but better in the rest of the spectrum which is what I wanted. However, being unhappy with having to buy Comply Foams a lot, and not liking the Klipsch Gels or Shure Olives on them, I decided, why not, and decided to get custom tips for them.

Having read that Westone offers their own tips (The UM56) I decided to look them up. On their site, however, they're listed as motorcycle plugs? Anyone know about this, did they change it? Regardless, I found a distributor for their stuff, and made an appointment.

At first, when I made the call, the person who answered didn't really understand what I was asking, but after speaking to someone else she said they'd probably be able to do what I wanted, just to speak with the audiologist when I go in. I figure that's fine, on my way.

Arrived there at 11am today, greeted promptly by the receptionist, filled out a few forms, and was called by the doctor. Feel kinda bad that I don't remember his name, that'd probably be a good idea for this thread, but yeah. I talked to him a bit about what I wanted, he checked their site, was confused as I was about the UM56 tips, but made the molds for me anyway. He discussed how he had swimming plugs from Westone, as well as regular noise cancelling plugs from them, and recommended them, so I was glad I made that choice.

Discussed a lot of the choices I had, between Silicon and Vinyl, talked to me about the pros and cons of both, and said Silicon would be better because it's soft and you can get used to it easier, and it doesn't shrink over time like the other materials. After a bit of general chat, he takes out the putty and mixes it, then makes the molds. He's not a fan of the bite block he says, but I keep my jaw slack as I've read that it's better to have them open mouthed than closed.

He calls up Westone during this time, asking about the material they offer and what they're called, and then talks about it after he removes the impressions from my ears. Apparently they're now called the Style 56 tips (anyone know about this?) and again recommended Silicon as that's what the person he spoke to suggested. I opt for Silicon in R for the Right and B for the Left.

From what he told me, prices would be $25 per ear if I want them to take home and send them off myself (to another company etc), or $75 per for them to do everything, so I ended up paying $150 for the impressions+tips, and they cover shipping both ways. Turn around time they said was around 10 days, though I'd have to go there to pick them up, which is only a 5 minute drive.

All in all, I'm quite happy with the experience so far, hopefully the impressions were well done and the tips come out good. I'll update this within a week or two as soon as I get the tips, and hopefully my new S9 arrives as well.

The location in question is Tustin Hearing Center located in Tustin, CA . I really should have gotten the doctor's name, but when I get more information I'll edit my post with it

Just got a quote for $25 out the door from the audiologist here in Fort Atkinson, WI at Fort Healthcare ENT. That was the office that did my sinus surgery last year, and they were great. I'm hoping their audiology department is just as good. I'll let you all know how the audiologist there is, her name is Lori Fish.

Anyone been to a Newport Audiology Center?

Anyone know of a good place in New Jersey to get impressions done?

Got my impressions done by Lori Fish, the audiologist in Fort Atkinson, WI I mentioned earlier.

$25 got me the attached photos

Hopefully they're good enough for customs.

I'm a little worried about how narrow the canal is. Is my ear really like that??? If so maybe that's why universals are so uncomfortable. That looks reasonable. As long as nothing snaps in transit, they should be ok. The compound should have hardened wihtin the first 5-10 minutes anyway (before they pulled them out of your ears), so it would just be if the box falls off the postal truck and gets run-over sort of thing.

Interesting story, GosuEric. I first got fitted for UM-56 tips for my Shure SE530 (which I now use with my Westone 3) about 5 months ago and I'm not aware of any name change. I too opted for silicone because it's supposed to keep its shape longer than vinyl and is a little softer, although I've also been told that silicone absorbs more of your body oils and sweat. Let us know how they fit and sound.

Be careful with your tips when you get them: The UM3X and Westone 3 don't have a notch on the nozzles to help keep the tips in place, and therefore they're prone to sliding off in your ear or worse, flying off somewhere you can't find them. I've lost 2 tips already due to the lack of the notch; I think it's a design flaw in the W3/UM3x that should've been foreseen, since the Shure SE530 and other tip-tier models have the notch.

I think the bite block is essential to get an impression that will allow you to open your mouth (to eat, sing, etc) and turn your neck without the tips popping out. I actually had to do a 2nd set of impressions with the block further back in my mouth, because the tips would pop out too easily when I yawned or ate.

BTW, others are commenting on the shelf life of your impressions, but the 3 major custom makers that I know of (UE, Westone and JH) make a permanent cast of your impressions and/or scan them electronically, so the fact that the impression loses its shape shouldn't matter unless you're sending the impressions somewhere that doesn't use one of these methods.
Phones: HE1000, Angie, UERM, Viso HP50, DT1350, etc...  |  Sources: PWD MK2, Hugo, AK240, AK120, CLAS -dB | Amps: Taurus MKII, Leckerton UHA6s-ii

I had my impressions done by Lisa but at her San Francisco office. She is recommended by JH Audio in the SF area but I believe she does most of her work in Los Angeles now. She charged me $75, which I thought was reasonable for this area. The first impression of my left ear had a small air pocket in it, which she wasn't happy with so she made another impression. It's obvious she's quite experienced and is very professional. My JH13 came out almost perfect.
feedback

Got the tips today, came out really well. Don't seem too annoying in my ear, though it was a bit interesting figuring out how to get them to go in my ear. Kinda weird but great. Amazing fit, and I'm really liking them.

I've noticed that there's no notches, though I usually keep them in their case when they're not in my ears, so hopefully they don't get lost anywhere.

I haven't used them while eating etc yet, but it's quite amazing how well they fit now.

For those in the Portland, OR area - I used Beverly Schnabel, and she was great. Seemed a bit new to IEM, but very friendly and professional.

For those in the Silver Spring, Columbia, Baltimore area in Maryland, these folks are professional, and very friendly. $15/ear. Best price I have found in MD.