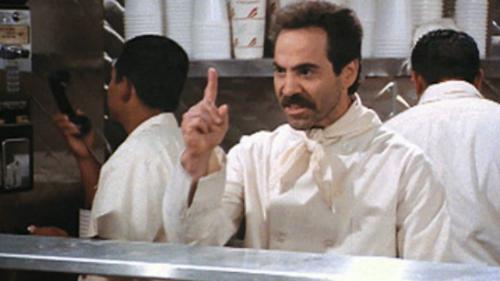 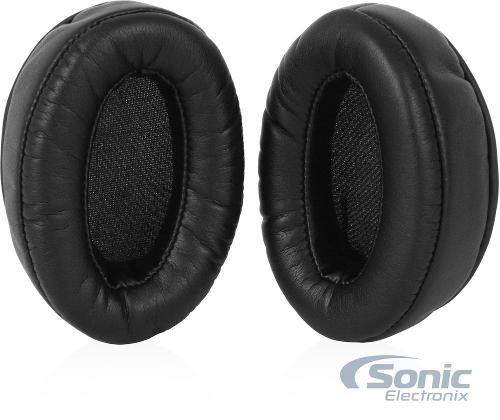 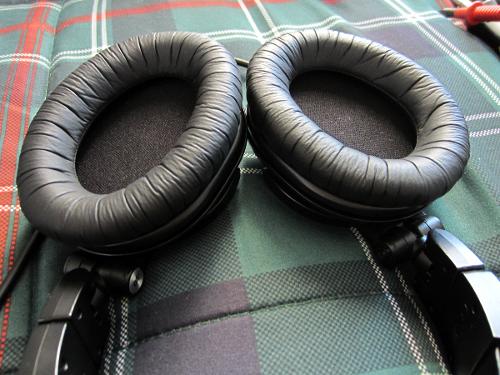 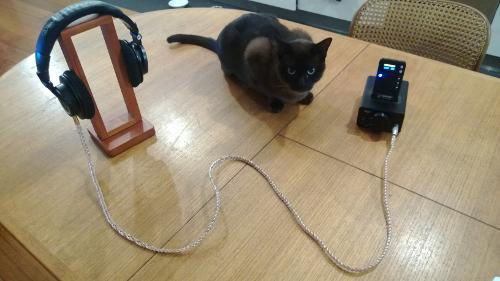 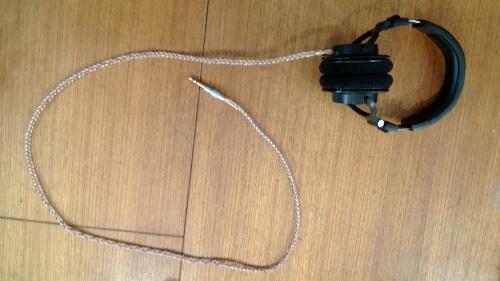 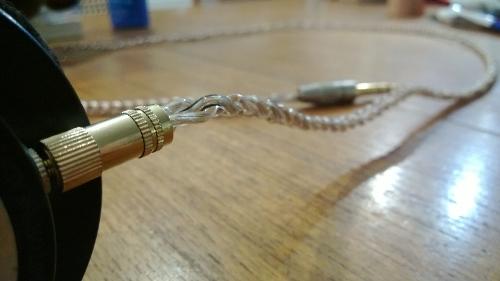 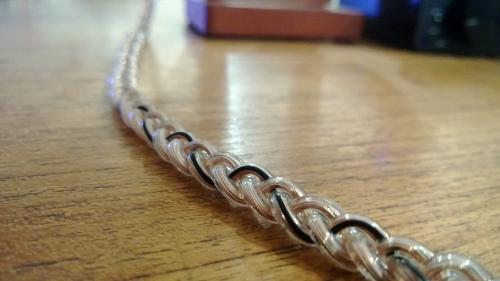 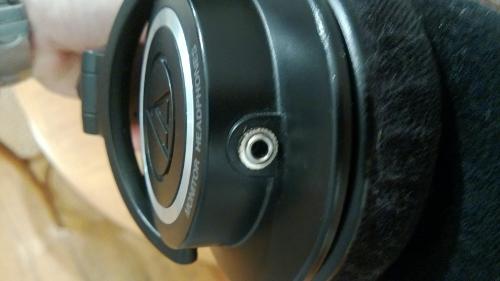 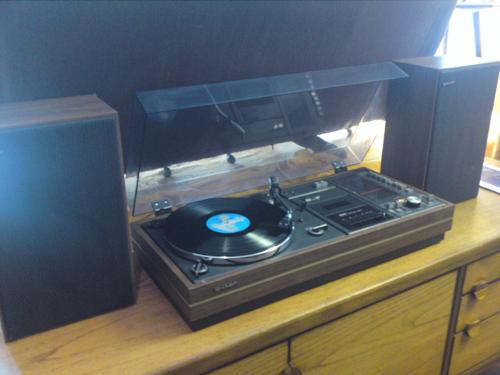 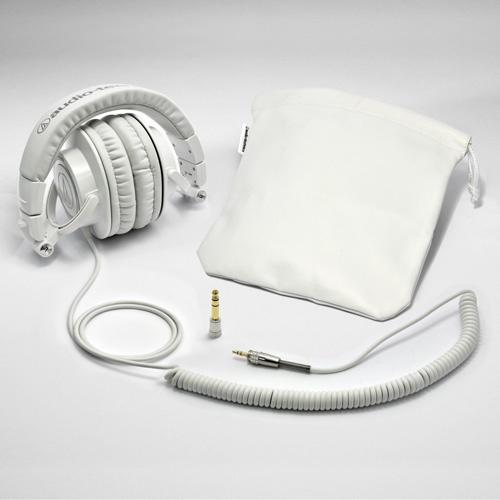 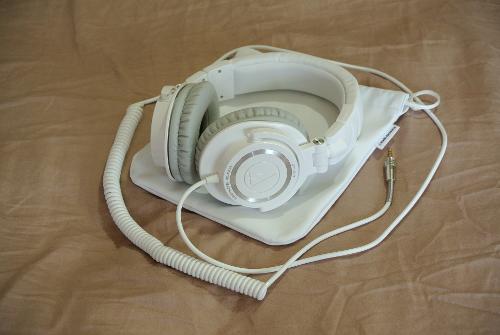 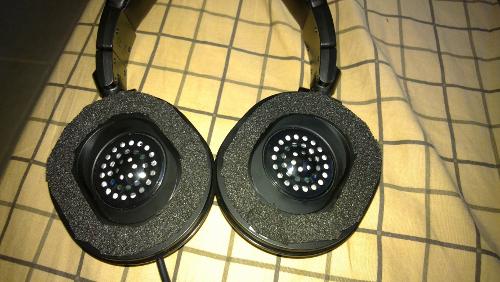 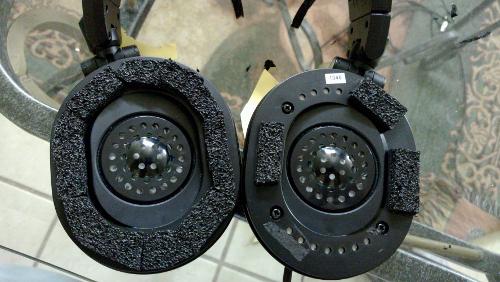 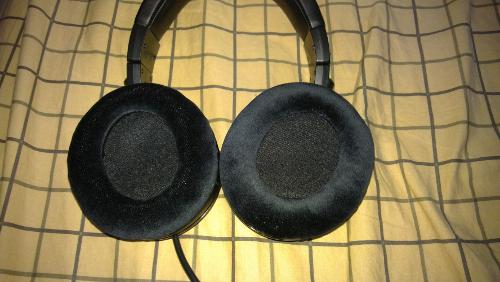 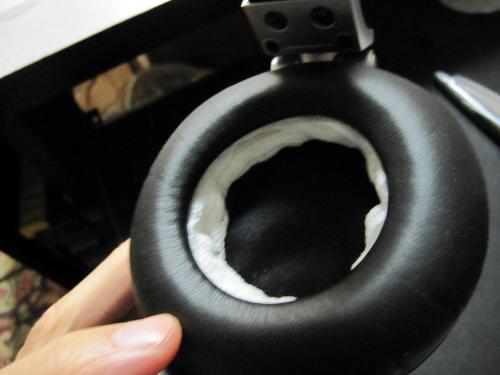 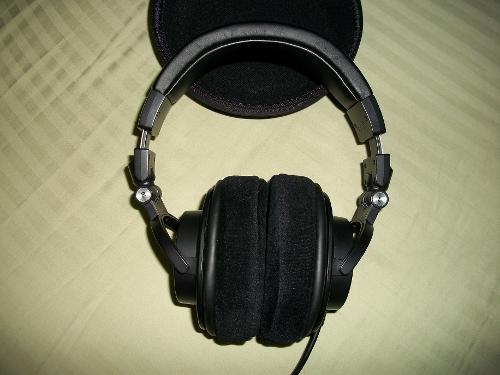 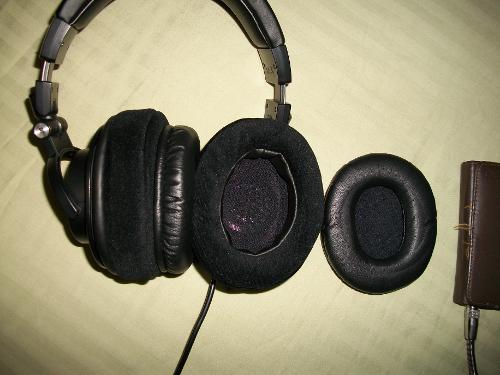 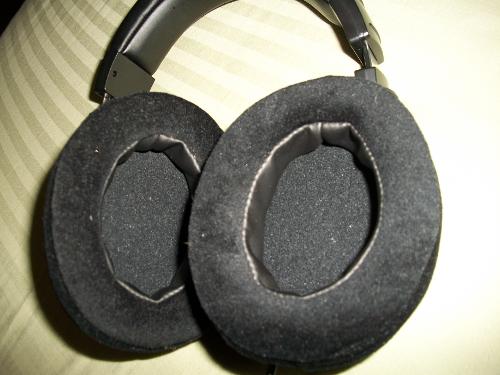 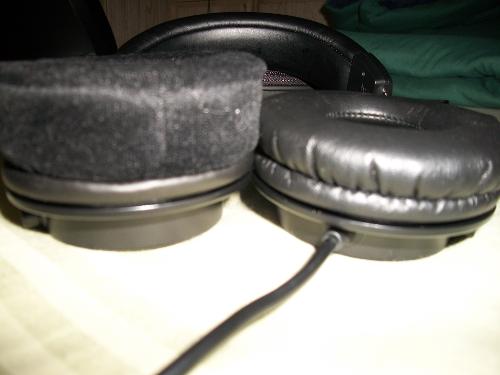 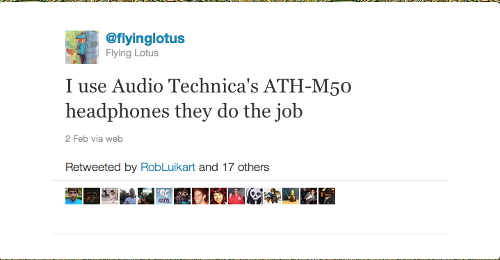 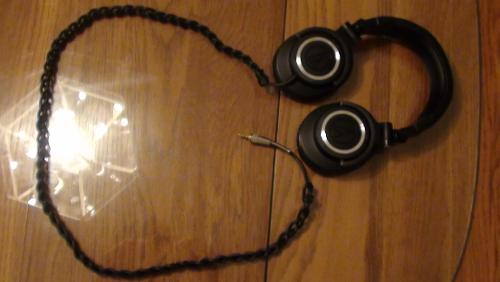 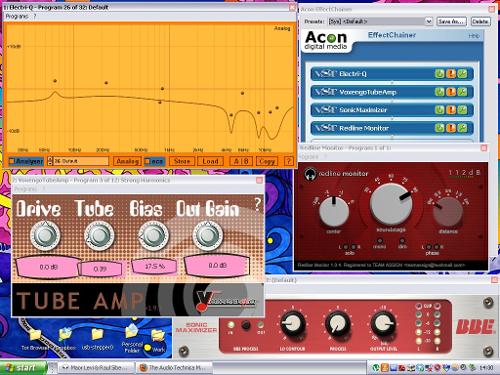 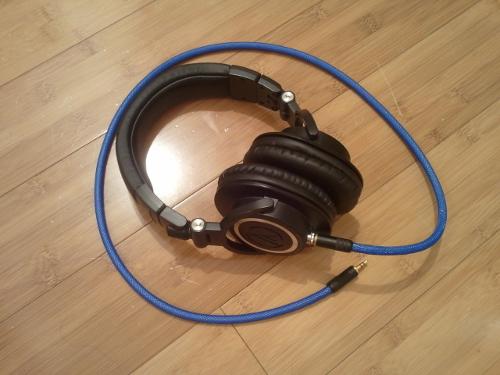 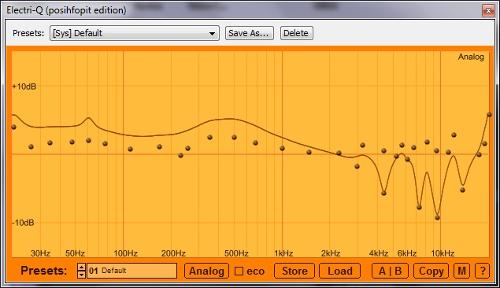 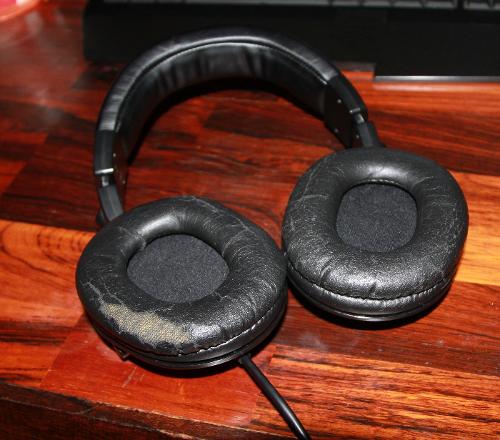 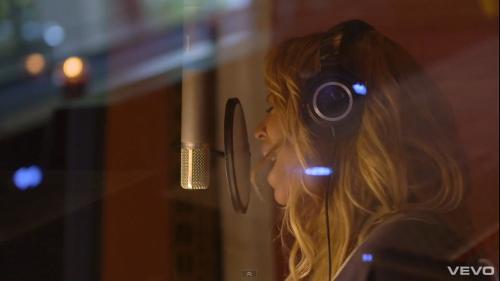 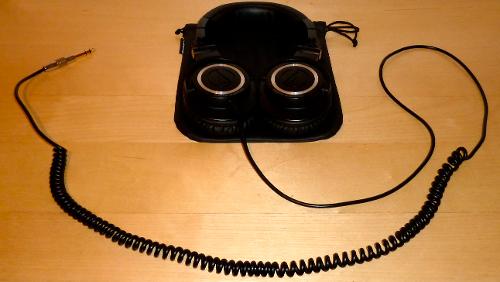 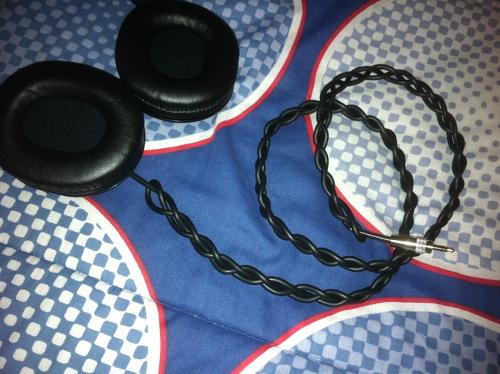 See full thread gallery...
You are using an out of date browser. It may not display this or other websites correctly.
You should upgrade or use an alternative browser.
The Audio Technica M50 studio monitor thread

Again, I love these cans. I didn't think I could hear music like this. Every time I put on a pair of my friend's Beats, I felt like I was getting punched in the gut. But with these, it's just great.
Current: Shure SRH840, Etymotic MC5, MEElectronics M6 / Previous: Audio Technica ATH-M50, Grado SR-225i, Klipsch Image S4 / Source: iPhone 3G, Zune 30 GB, Laptop Sound Card / Amp: PA2V2, Denon AVR-2805

Those Beats are muddy as crap. Cannot stand any aspect of those cans.
M50 Fanboy^

csokane said:
I freaking love these cans. Straight out of the box, they sound amazing. What would be an approximate IEM equivalent of these?
Click to expand...

Do the white versions exist or were they only for that BoA commercial? The white ones look so cool!

Mine finnally showed up. I am impressed with the build quality, although all plastic, feals very sturdy.
Not to sure about the sound though. They do a good job, lows are there and are slightly pronounced, mids to me are fine, not as subdued as i was expexting, but definatly not foreward. Highs are a bit on the tinny or metalic side for my taste, but only on some tracks, reminds me of my TF10s, although not near as prononced on that reguard. I seem to be getting some simblance in the left ear as well, even at mid volumes, I am not ready to say that it is a prolem with the can, its more likely that there is an issue with the particular amp i was using.

Overall I think I really like the sound, the only real dissapointment for me is the bass, while it is all there and is well represented, these cans o not have the "impact factor" i was hoping for, not that i want it on every song mind you, but some tracks i feel were meant to give that ear lobe vibrating low end presance, and these fall just short of what i want some times. They also do not have a very good sound stage, but i knew this going in, but i was still a bit taken aback by just how flat it was.

Good points, they do sound very good, better than most cans i have heard at the big box store. They are easy to drive, My Sony X drives them quite well to moderate levels, even kicking out the lows quite well. My rockboxed clip does ok too, but not quite as good as the sony. I have not tried my touch 2g yet, but i don't expect much out of its headphone out.

Only have about 20 hours on them, so there is still some burn in. While i am not ready to join the fan boy clb for these, i can see why people like them, they are quite good and th price point is easy on the wallet.

The highs were my biggest complaint when I got them and they have smoothed out since then. These are pretty revealing, so high quality music is a must or you will get sharper sounding highs. Not sure the bass will change too much, but you could cover some of the holes with tape to fix that. Keep in mind, these are professional studio phones. They should be used with an amp, which tightens everything up. I will say they sound fantastic out of my iphone though.
My Feedback Archive

This is interesting, a ebay seller Unique Squared Inc an autherized dealer sold over 70+ of these M50 in a little over 10 days. how much are they making on each these phones if sell for $98?
HeadPhones: ATH-M50 > Philips-Uptown > ATH-ES5
IEMS: ATH-CKM50 > Moshi-Vortex > JVC-FXC50.

lie495fc said:
This is interesting, a ebay seller Unique Squared Inc an autherized dealer sold over 70+ of these M50 in a little over 10 days. how much are they making on each these phones if sell for $98?
Click to expand...

received mine 2 days ago and have been burning-in ever since, so im not going to comment on the sound. i want to know is, shouldn't it have good bass? i dont feel the bass shaking my ears. is everyone's m50 made in taiwan or japan.
HeadPhones: ATH-M50 > Philips-Uptown > ATH-ES5
IEMS: ATH-CKM50 > Moshi-Vortex > JVC-FXC50.

Its not as earth shattering as people claim, but it goes deep and has more presence than most other phones. If you like bass, you'll be hard pressed to find bass like the M50 that is still somewhat refined.

lie495fc said:
received mine 2 days ago and have been burning-in ever since, so im not going to comment on the sound. i want to know is, shouldn't it have good bass? i dont feel the bass shaking my ears. is everyone's m50 made in taiwan or japan.
Click to expand...

I just picked up the M50s as my first "real" set of cans (after browsing the site for a few weeks and waiting for darn slow UPS), and they're AMAZING. I'd be lying if I started talking about mids and highs and whatnots; but compared to my turtle beach X1's they're very neutral and precise sounding. The bass is not as big as I thought it would be, not a bad thing though, its noticeable but not overwhelming. Also I'm noticing source quality makes a big difference, songs that are lower quality are really noticeably worse.

Gaming is meh, I've only really played League of Legends and Starcraft2 with them but I prefer my Turtle Beaches. Though it may just be a matter of getting used to them or the lack of surround sound effect (if thats what it is, I'm not audiophile ).

Sound great out of my zune hd (which I bought at the same time, /mywallet) and movies are good sounding. Mostly listen to trance/electronica/Drum, and Bass and some rock. So far very satisfied, only have ~40 hours on them so they should be getting closer to their final sound. There is a definite burn in, they sound much different already from when I first plugged them in.

These are my first set of "proper" cans, and i was very happy with my purchase. These are a steal for the price, and i just can't love them enough. I wanted to hear something different out of my m50s so i did a simple mod following rob's guide. they dont fail to impress

Urbex?
You must log in or register to reply here.