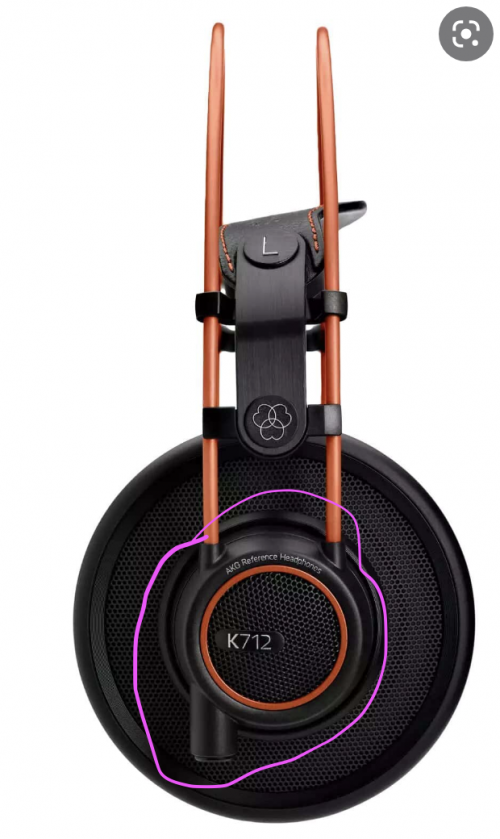 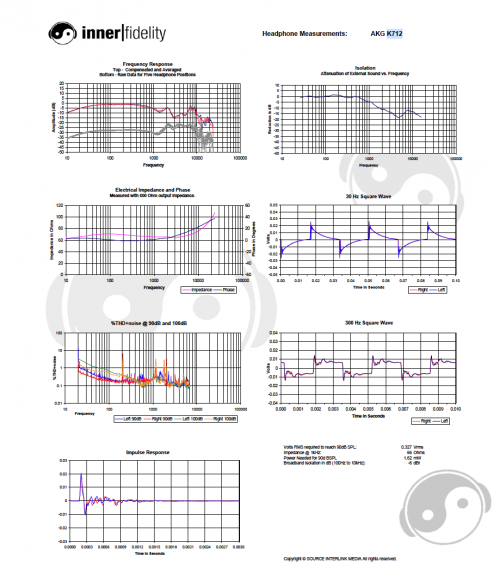 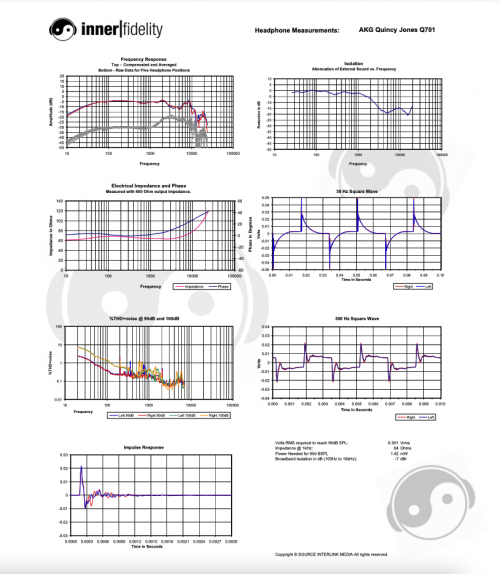 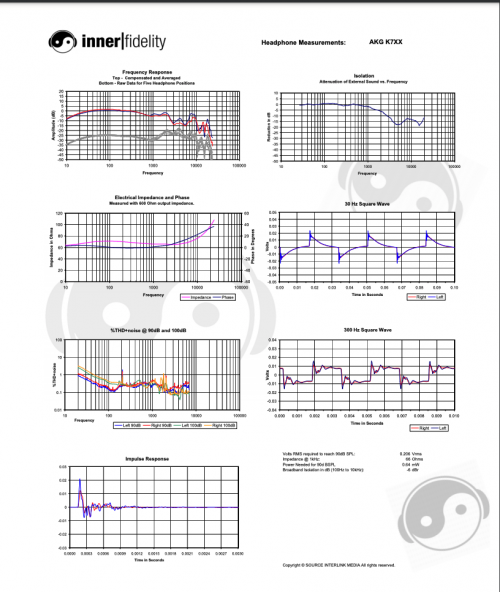 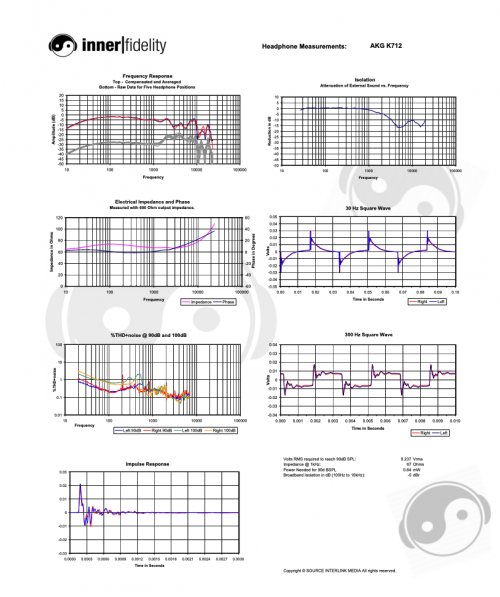 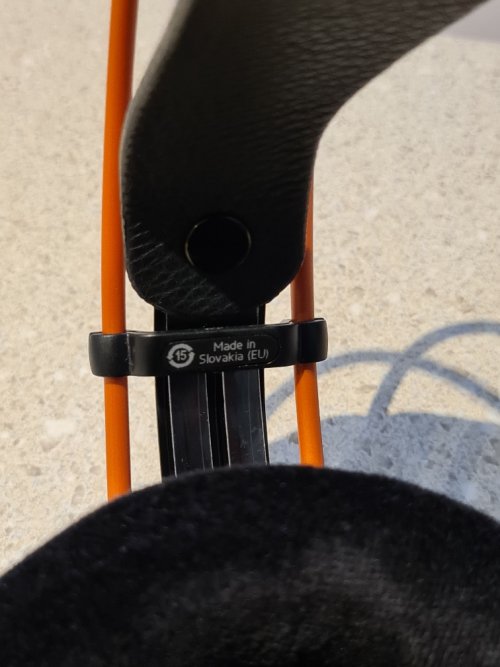 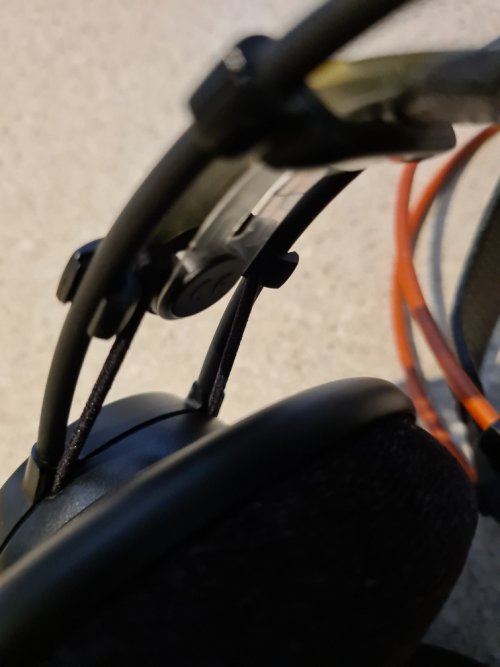 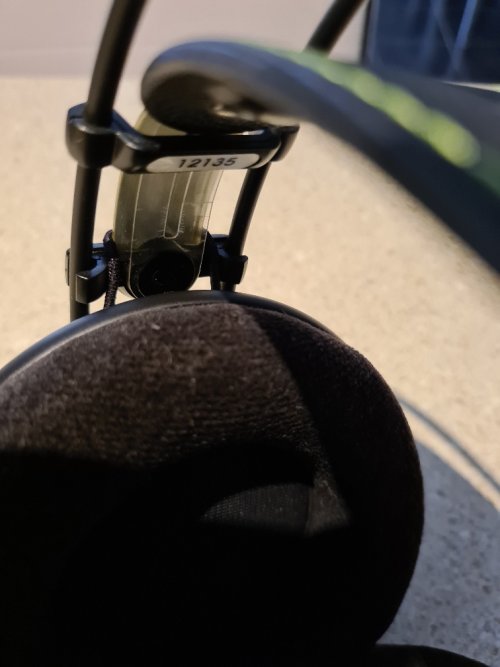 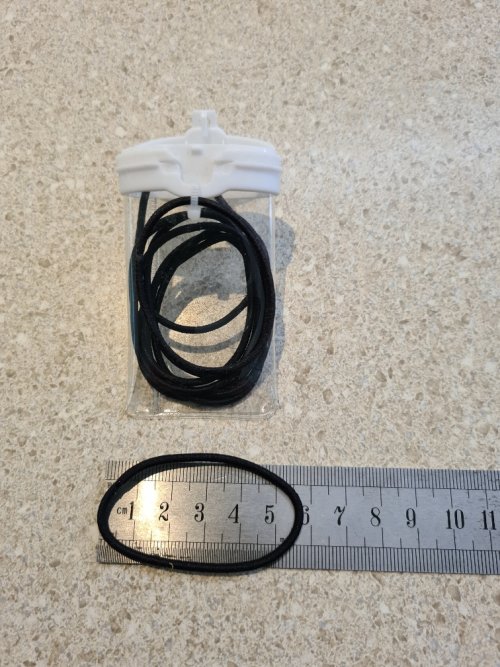 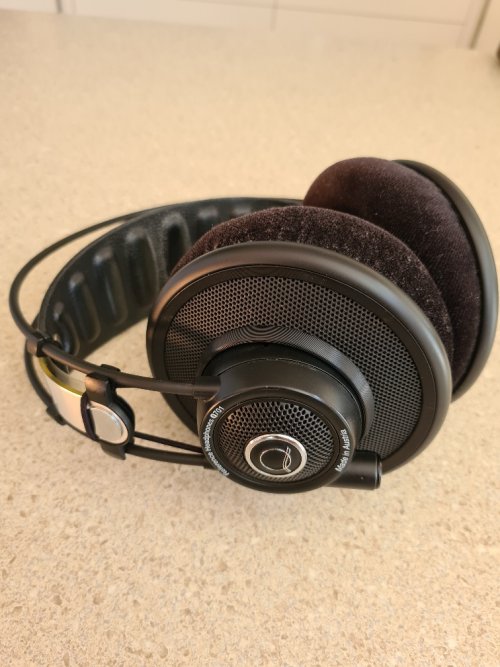 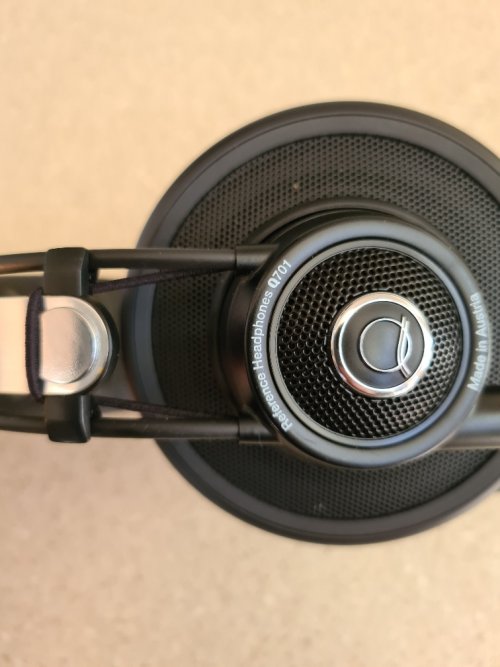 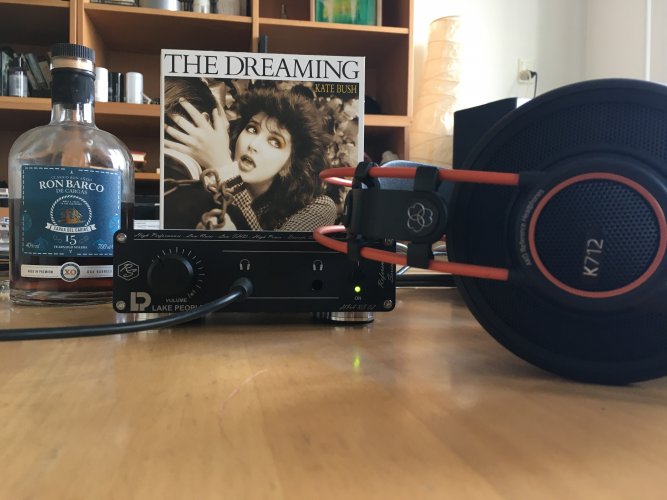 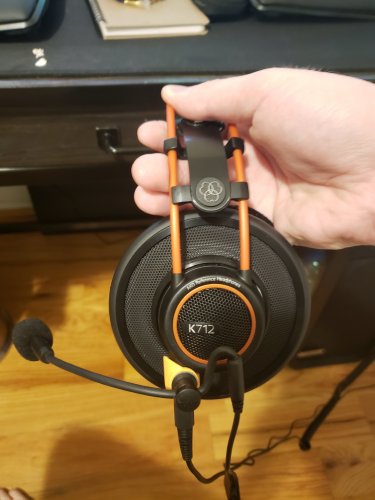 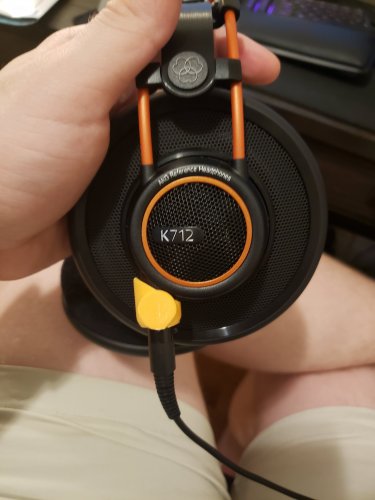 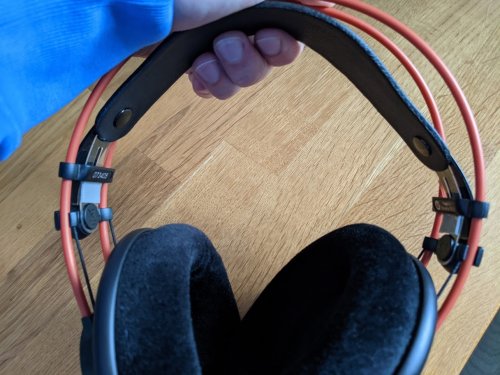 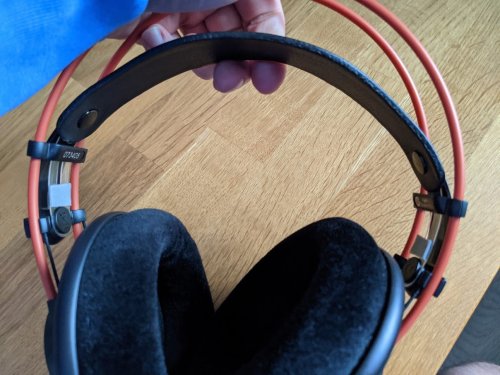 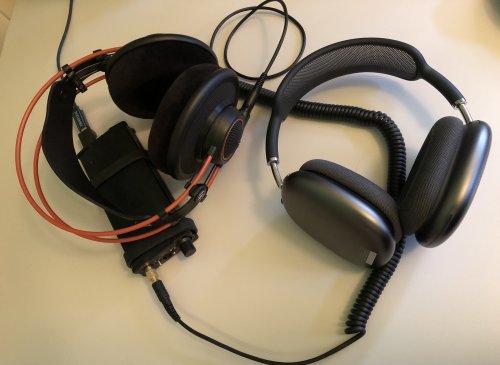 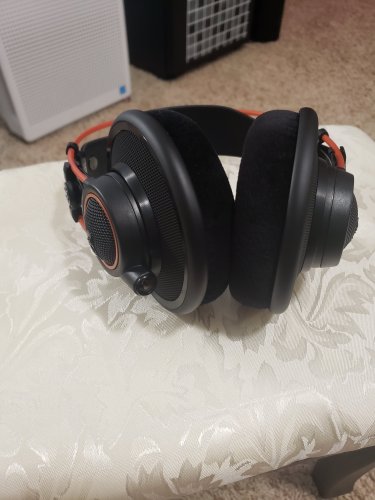 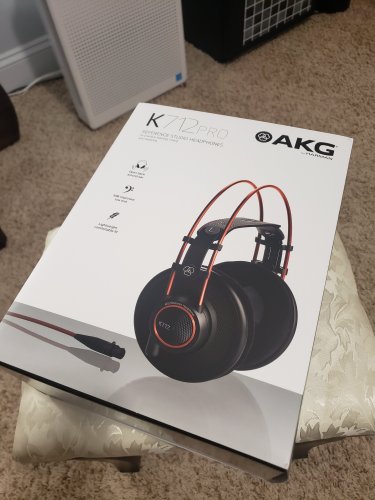 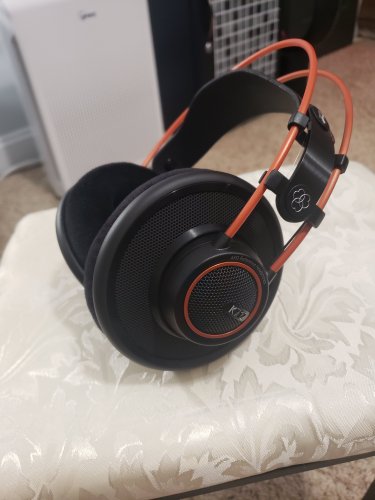 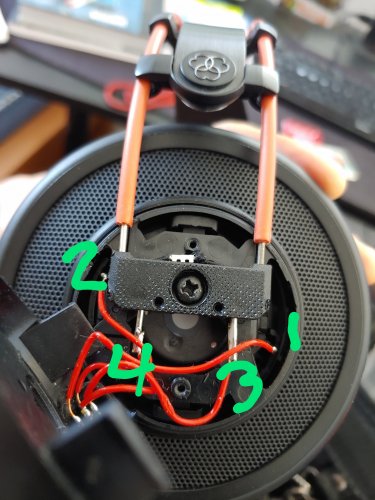 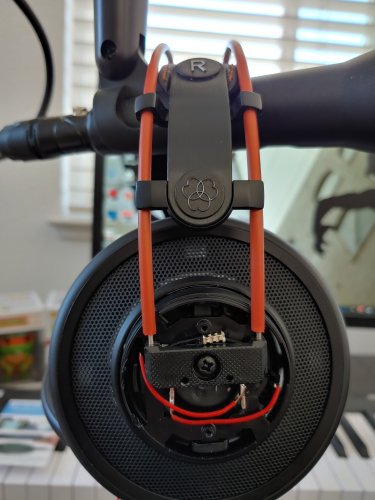 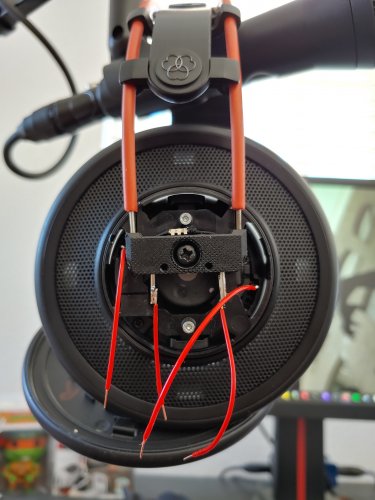 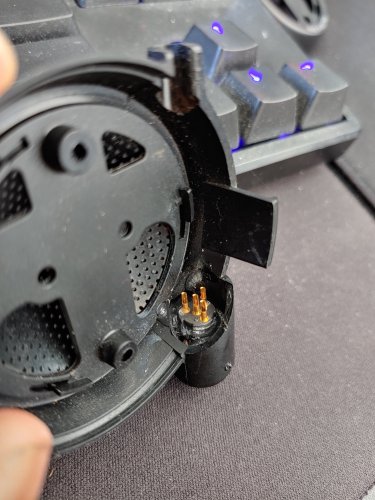 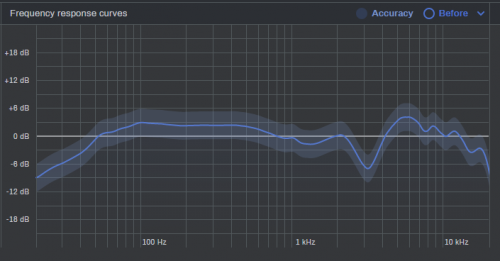 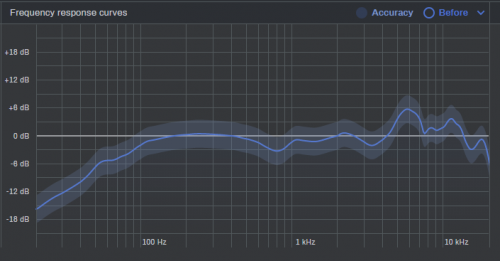 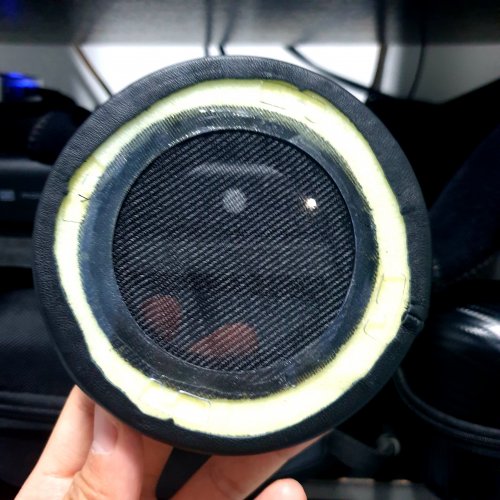 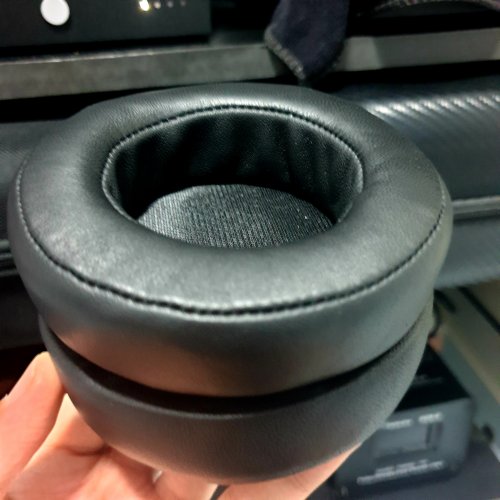 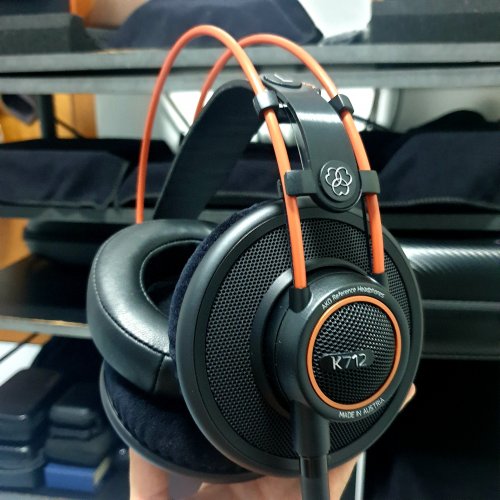 You are using an out of date browser. It may not display this or other websites correctly.
You should upgrade or use an alternative browser.
The AKG K712 Pro Support and Impressions Thread

???   The K712 is the same basic design as the k701 and k702 that have been around for many years.  I've owned K702's for over 5 years and I've never heard the "squeaks and creaks" you're describing.  If you could be more specific as to which plastic parts are rubbing the wrong way it would help us understand your discomfiture.
Click to expand...

Apologies for being so vague. This video accurately reflects the sorts of noises that I am hearing https://www.youtube.com/watch?v=N2X-kjgZXu4 . Although I have never been heavy handed with my pair and I have always taken very good care. I have now looked at the service document for part names. The bit on the side that I am referring to is called the 'slider'. There is a black 'outer slider' and a translucent 'inner slider' that meet the leather 'headband' and they slide along the 'outer headband' and against a inner black part (for which there is no part name) which has the serial number printed on it. From what I can see and hear it is these sliders that creak as the headband expands and contracts and in particular when the inner and outer sliders slide up and down the orange outer headband. Its very obvious if for example I try and readjust the headphones whilst I am wearing them. The second bit I was trying to describe is called the 'disk'. The 'disk' pivots backwards and forwards against the 'ring' for a better fit I imagine. As the 'disk' moves backwards and forwards the plastic rubs against the 'ring' causing a very unpleasant sound. This becomes apparent especially when I open my mouth or move my jaw from side to side - for whatever reason. I hope you now have a better idea of what I'm talking about.

I have spoken to the official UK AKG distributer and they have advised me that all AKG 7xx are susceptible to some noise and that I should try a silicon based lubricant. Well Ive lubricated a bunch of parts and its still borderline unbearable.

Anyone in the UK recommend a repair shop, Google results are quite thin on the ground, don't think I want to entrust mine to someone who specializes in repairing Beats by Dre.

I've spent the last couple of days or so reading through this thread to see other people's impressions of this headphones. It seems that in the first 100 or so pages, people were mad at the pricing and the perceived similarities to the 65th Anniversary Editions but as more and more people started receiving these things, they sorta ended up becoming the contender for the best under $1000 headphones you could buy. Is this a fair assessment?

Around the same time of the K7xx announcement it seems that these headphones now have been pushed into the background a bit. The Annies have the limited edition appeal and the K7xx is often said to be very similar to these headphones - say 90-95% but can be had every few months for $200 brand new which is around $100 less than the lowest possible price for the K712 (according to Price Zombie). The Annies were made in limited number so those were out of my reach and since I live in the Canada, buying the K7xx incurs too many extraneous fees on top of the exchange rate for me to justify a purchase. I was lucky enough to get these instead from a Head-Fi'er for $200 US everything included.

Would it be fair to say that these headphones now occupy a weird purgatory of the market similar to the HD700's when they were initially released?

For my own take, these are the first headphones I've bought that I didn't feel like there were any tradeoffs made. My previous headphones all had things I didn't like about them, the HD598 didn't have enough bass, the DT990 had bass but the treble could be painful to listen to and it was a bit tight on my head. I still haven't spent enough time with the SHP9500 or the HD540 to make a fair assessment of them so I'll leave them out but I have to say, I can't imagine what I'm missing out on now that I have the K712's.

Listen to Stax and you will know. Or a good planar. But the k712 is a great start to hear "good sound"

The only thing I don't like about the K712 is the side elastic system that tensions the cups. In time, they just give out.

I have had two AKGs with knicker elastic problems so I think they all go the same way eventually.

iancraig10 said:
The only thing I don't like about the K712 is the side elastic system that tensions the cups. In time, they just give out.

I have had two AKGs with knicker elastic problems so I think they all go the same way eventually.

I completely agree. I have had them over a year and a half and they sit a little to far down on my head. I don't think it helped resting them from a banana hook helped either... Anyone know if hanging them from the metal above the head strap (the 2 orange pieces of metal) would help keep the tension?

I hang them by the bars!!

The ones where that daft band has stretched, I've fitted them to my head personally by cutting the bands off and supergluing the joints up so they'll never move again.

Such a daft arrangement!!!

that's a pro move... i would do that to mine but then I might have trouble putting them on others head who i intend to enlighten.

Still great sounding, sad to have your top of the line headphones suddenly end up a budget model though, takes a bit of the shine off them.

Just got these and I was wondering if they are authentic?

Apparently were meant to come from HK but got to me in England in 2-3 days and they say made in Slovakia.

guestie said:
Just got these and I was wondering if they are authentic?

Apparently were meant to come from HK but got to me in England in 2-3 days and they say made in Slovakia.


"The miracle is in your head ... not in the headphones."----Tyll Hertsens

"In the absence of empirical evidence, I'm skeptical."--------Dr. Joel Fleischman

Unfortunately, I only had the funds (after such a hefty Headphone purchase) to purchase a uDAC 3 to go alongside it. Will I get decent sound from this?

If you don't like it, a $100 amp might be a better investment.
Current: A-GD NFB-28, Audeze LCD-2.2f in rosewood with vegan earpads, AKG Q701, Bottlehead Quickie + PJCCS, Heir Audio 3.ai S, Sennheiser PC163D​
Remember, kiddos, there is no substitute for an audition!​
You must log in or register to reply here.