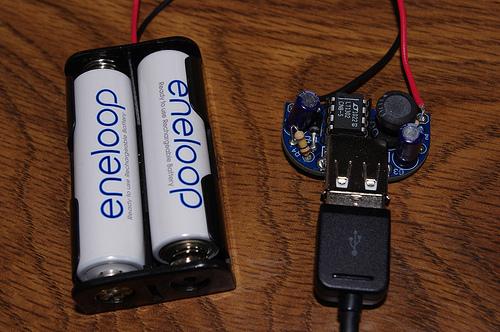 You are using an out of date browser. It may not display this or other websites correctly.
You should upgrade or use an alternative browser.
The 2013 solar flare thread - nope, this is not the 2012 hype

landis said:
If it happens in 2012, I might just end up shooting myself to avoid all this "we told you so" business from the true believers. Or just eat myself to death via delicious pancakes.
Click to expand...


pancakes are love you know, so i dont think it would be so bad

Just let me know when I should begin to hunker. I've been slaming protein shakes, got my ham radio license, and I squat naked over a slender mirror for one hour every morning. Hunkering is not for the sendentary.

landis said:
If it happens in 2012, I might just end up shooting myself to avoid all this "we told you so" business from the true believers. Or just eat myself to death via waffles.
Click to expand...

Damn... so no zombie apocalypse for post apocalyptic? sheez

pepsi said:
So even if your gear isn't plugged in it's going to pretty much own everything?
Click to expand...

I don't know much about the electromatronical thingies, but I think capacitors and like bits store energy, so having massive amounts of electromagnetic energy blasted over the Earth would 'splode everything... Or implode, but probably explode because that would be worse and that Sun guy is an asshole. Technically, if you had something that was electromagnetic-energy-storm proof (lots of Patrick82-grade ERS paper) it would protect it.

Anywho, that's my understanding of it.
Evan

I have no idea. I think I'll get the marketing pitch this weekend over a few.
Laptop>Lynx Hilo>Rotel RMB-100 mono blocks>HE-6SE
Ipod Classic>Xin Macro IV>RS-1


A worldwide EMP would be devestating, but the article makes it sound more like a possibility than a probability.
Click to expand...

Pretty much. A major coronal mass ejection that severely disrupts electronics on Earth is a possibility at any time, though more probable when solar activity is at its peak every 11 or so years. There's nothing that suggests that this cycle will be any more likely to produce a planet disrupting event than previous cycles.

pepsi said:
So even if your gear isn't plugged in it's going to pretty much own everything?
Click to expand...

Maybe. No one's really sure, though government war gaming on the effects of an EMP attack indicates that power and communications will be out for anywhere between a few days and a few months, and food/fuel distribution would get a bit touchy for a while due to lack of comms.

Tube gear is lucky in this respect. Most of the wiring is short, and tubes can take much higher voltage differentials before they go poof. Course, just some spare tubes around in a metal container and you don't even have to worry about that.

Cars are also lucky in this respect. They're basically giant rolling Faraday cages and are mostly immune to even high strength (50kV/m) EM fields when not running. Not as great when running, but most will restart and function fine.
Simplified Rig: Zune HD > TF10
Team EDC-Fi

dont know if anyone else noticed that, but apaprently right now we have two coronal mass ejections commin straight at us, which doesnt happen very often at all.

Banned at his own request

souprknowva said:
dont know if anyone else noticed that, but apaprently right now we have two coronal mass ejections commin straight at us, which doesnt happen very often at all.
Click to expand...


Oh yes, that one. Good thing I'm flying back to Quebec (if you really can't decode the coordinates in my Locaton) tomorrow so (hopefully) Continental wou't have to replicate the Hudson landing (water-ing?). Because of Geomag storms. In the Arctic.

Would have prefer zombie apocalypse personally

"Shaun Of The Dead"

My old English teacher: "Do I look like I care?" The best reply to that question: does it matter? Actually it does not if you do what you should be doing, thus no. What more is there to say? Just ask...

Any electrical/electronic engineers here wanna shed some light on this?  Are EMP's mostly a huge voltage surge or something?  Could see alot of IC's going down easily...easily fixable no?
You must log in or register to reply here.