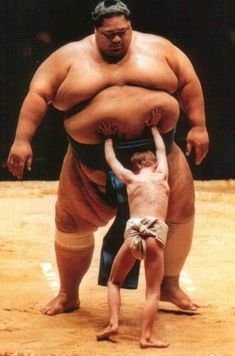 See full thread gallery...
You are using an out of date browser. It may not display this or other websites correctly.
You should upgrade or use an alternative browser.
Sumo is back!!

Boy, that was a long wait. Haru basho is now on in Osaka.

The first day was full of upsets including Yokozuna Asashoryu losing to Tokitenhu. Perhaps this time will be more competitive than usual.
A good place to follow along is http://www.sumonow.net/200703/200703..._now_day_1.php

Asashoryu lost again!! This is the first time he's ever started 0-2 in the top division. This is going to be a VERY interesting basho.
I Can, therefore I am!

I saw it in the local rag and then googled the article. Sounds like the local fans could care less.

Hey, Fractus is back!

Thanks for the article; pretty interesting. This comes up every once in a while. Usually the charge is that guys who are 7-7 on the last day and will be promoted with a win and demoted with a loss are involved in fixes. But even Takanohana was accused at one time.
I doubt that the top guys do much fixing of matches; the little guys have too much incentive to beat them. I can believe, though, that there are some gentlemans' agreements on the last day.

After two losses, Asashoryu now looks strong, but it will be hard to catch Tochiazuma who is off to a 7-0 start.
I Can, therefore I am!

Tonight is the last day! Tochiazuma had to drop out with a blood pressure issue. Asashoryu after a 0-2 start has blown through the field including another Mongolian, Hakuho and is now tied with Hakuho. If they both win tonight there will be a one bout playoff!
I Can, therefore I am!

Playoff it was! The bout was pretty disappointing as Asashoryu slipped and touched his hand to the sand. That is the second yusho for Hakuho. If he does well next time, he'll be promoted to Yokozuna!

Stay tuned for the May Basho....
I Can, therefore I am! 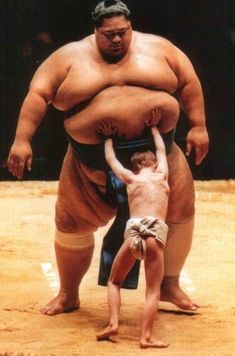 The ear is my favorite organ
You must log in or register to reply here.