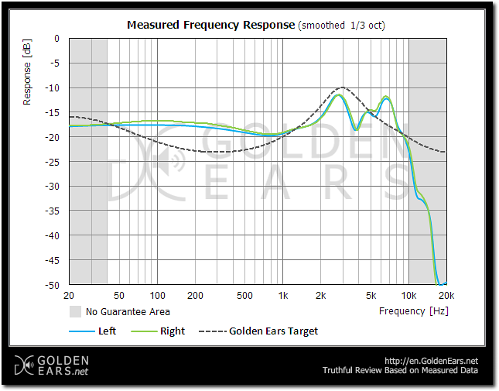 You are using an out of date browser. It may not display this or other websites correctly.
You should upgrade or use an alternative browser.
Sub-200$ IEM with good end-to-end extension and presence, tonal neutrality and detail? GR07? e-Q5? RE-400? Others?
P

Instead of crowding other threads and potentially derailing them as I have been coming close to doing over the past few days, I decided to create a separate thread about my IEM dilemma. I hope people with the experience and knowledge will chime in and help me out!

I thought I'd format this for maximum reading clarity and directness (I'm prone to rambling, as you can see). Hope no one misreads this as me sounding too demanding.

What I'm looking for:


IEMs I've used (for reference points):
I thought I'd quickly describe what I felt about IEMs I own/have used extensively, to maybe make it easier for people to understand my reference points or standards.


The CONTENDERS (so far):


In addition to these, I'm looking for anything else that might give me what I need, or come close to it, as long as it falls within a 200 USD budget.

I have to thank |joker|, ClieOS, FlySweep, AstralStorm, shotgunshane, tinyman392 and several others for helping me via PMs and responses in other posts, but I thought it best to take this to a new thread, lest I annoy the thread owners and readers.

I live in India and have to rely on friends from Europe visiting shortly, to acquire anything decent, so auditioning is impossible. Friends in question will leave Europe in two weeks, so unfortunately, my time is short. I hope the community here can help me soon!

Thanks for all the information and advice so far,
Daniel.

Ortofon e-Q5 should pull ahead. I recently tried it and found it to be an upgrade to my TDK BA200. I can't say it's too similar of a sound signature, but it's certainly on the same level of detail and impact -- and a bit more. The treble is much better extended on the e-Q5. The mids are, more or less, similar between the two. The BA200's bass has a little more impact, but they both have similar speed and precision in bass. Sound stage is just a bit better with the e-Q5, more realistic with height instead of just width. Micro detail, especially in the mids and treble, I find to be superior in the e-Q5.

Well on the treble of the e-Q5 which I'm listening to right now its not as bright as the R-50 or GR07 but it does have more sparkle than the BA200 and SM3, personally I love the treble on the e-Q5 but if you really like the R-50's than the e-Q5 might not be bright enough for you.  Everything else about the e-Q5 I think you'd like so I wouldn't count them out.

I ordered a pair of the RE-400's yesterday (along with a pair of the HE-400 planar magnetic headphones) so I'll let you know how they sound but from what I'vread I think the might sound a bit like the e-Q5 with crisp but somewhat relaxed treble and warm mids.

I think either the GR07 MKII or the DBA-02 MKII would be good choices for you.  The one thing I didn't like about the GR07 is the lack of good soundstage depth, they really didn't have much depth to it at all.  I've heard the first DBA-02 but not the MKII which is said to be a bit more relaxed but not by to much with more bass than the R-50 but I still think it might not be enough for you.

Thank you for the responses, soundstige and Techno Kid.

The e-Q5 really does have a lot of fans and it seems to be a very well-rounded and refined IEM. I've heard about the GR07 lacking depth in its soundstage though, so that's something I should take into account.

Like you mentioned, Techno Kid, I feel the treble of the e-Q5, as per the reports of people who own it, might be a bit too-laid back for me. I should mention that I'm not looking for aggressive or over-emphasized treble. I want a neutral IEM, not a decidedly bright one, and not one that's too far in the warm camp either (although I understand that a slightly boosted bass to give the IEM a more natural bass presence would necessitate the IEM sounding slightly warm).

I look forward to your impressions of the RE-400, Techno Kid.

On another note, how do the e-Q5 and GR07 compare in terms of detail retrieval and instrument separation?

I honestly can't feel this way with silicone tips for the e-Q5. The treble is exactly what I'd call neutral.

I own all three concurrently and feel confident in that assessment.

danielkrego said:
Like you mentioned, Techno Kid, I feel the treble of the e-Q5, as per the reports of people who own it, might be a bit too-laid back for me.
Click to expand...

Thanks Soundstige. How would you compare the RE-400 and e-Q5 in terms of general neutrality, detail retrieval and instrument separation? I'm honestly equally torn between all three, the RE-400, e-Q5 and GR07.

I own the HE-400, full-sized planar headphones

danielkrego said:
Thanks Soundstige. How would you compare the RE-400 and e-Q5 in terms of general neutrality, detail retrieval and instrument separation? I'm honestly equally torn between all three, the RE-400, e-Q5 and GR07.
Click to expand...

Damn, that visual similarity gets me every time.

Me too -- for a while, I didn't even know HiFiMan came out with a new item, despite seeing RE-400 everywhere

Have you ever heard, or have any interest in, the Etymotic ER6i, ER4, or HF5?
Quote:

danielkrego said:
Damn, that visual similarity gets me every time.
Click to expand...

I haven't heard any of the Ety line, but I fear I'll feel similarly about them as I did about the Rock It R-50 - fantastic from the top till the lower-midrange, lacking presence, realistic body and weight in the bottom-end. Most reviews and comparisons seem to suggest so, too.

Sounds about right. They have the most ridiculous instrument separation though -- more of a "tool" than an all-around ear-speaker. I love them for dissecting parts to play on guitar. e-Q5 is quite a bit different sounding, by the way.
Quote:

danielkrego said:
I haven't heard any of the Ety line, but I fear I'll feel similarly about them as I did about the Rock It R-50 - fantastic from the top till the lower-midrange, lacking presence, realistic body and weight in the bottom-end. Most reviews and comparisons seem to suggest so, too.
Click to expand...

Yeah, I loved the R-50 for its fantastic instrument separation too, including figuring out some complex instrumental passages. The separation aspect is one thing I'm hoping not to lose out on too much, with my new IEM purchase.

Sso you're a guitarist too, hello there! Say hello to my guitar (and me playing and demonstrating it for a local music retailer) http://www.youtube.com/watch?v=OkjCbBUkMO8.

Also, the ONLY graph I ever found of the e-Q5 seems to suggest rather steeply rolled-off upper treble, which further makes me worry about how some people hear the e-Q5 treble extension (well present upto a point, then rolled-off rather early):