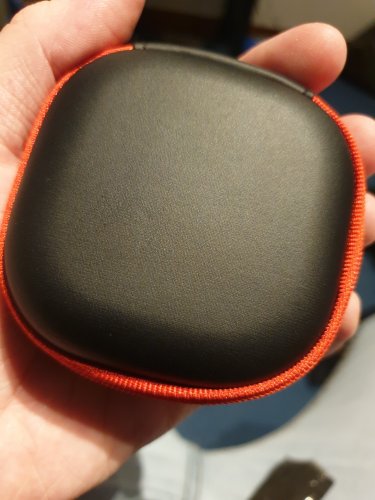 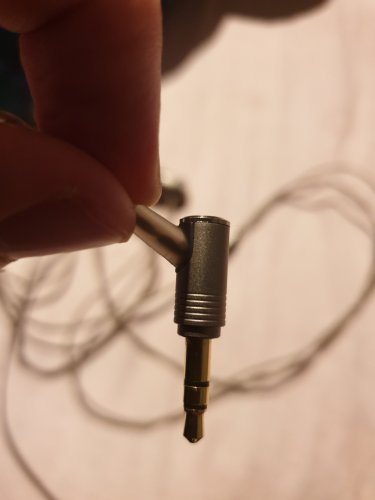 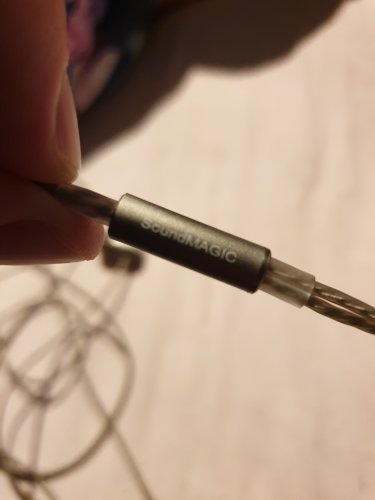 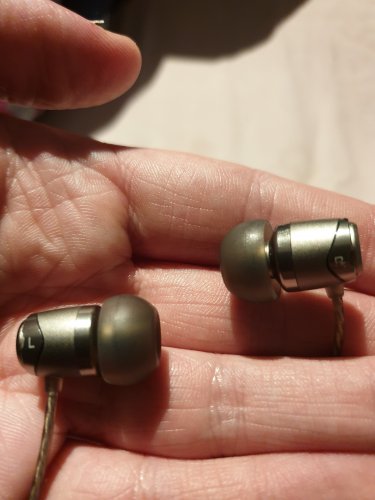 See full thread gallery...
You are using an out of date browser. It may not display this or other websites correctly.
You should upgrade or use an alternative browser.
Soundmagic E11 - my first review

I have long used this forum as a source of recommendation when buying new headphones, so I guess that it's about time that I gave something back!

I am surprised that there has been no discussion here about these, as the E10 model earned rave reviews and is considered by many to be one of the best cheap earphones with their punchy sound.

Soundmagic have released the E50 and E80 models as part of their Reference series, but both differ from the E10 in that they were geared towards a more neutral sound.

The E11 is the direct successor to the E10, a "sequel" if you like. What have Soundmagic done to improve upon the acclaimed original? Let's find out.

Preamble:
I am a 29 year old from Scotland and I do not consider myself an audiophile. I am primarily a music lover, but I recognise the need for decent equipment to enhance the listening experience.
My musical taste is mostly rock; prog-rock, alternative, post-punk etc.
I am not affiliated with any company and my reviews are entirely based on my own opinion, which you are entitled to disagree with. I do not have golden ears or any qualification to write with any critical authority besides my own experience.

What's in the box? / Accessories:

Inside the black card box are the earphones themselves, a small square zip case and three pairs of silicone eartips (S, M, L). There are no foamies, double-flange tips or shirt clip included.
Compared to the accessories included with previous models, this seems scant and basic. However, I found that the included large tips gave me a good fit so this wasn't a major issue to me, but YMMV.

The earpieces are constructed from aluminium and feel solid and well assembled. There are L and R markers on each earpiece. The splashes of colour that adorned the E10 are gone and have been replaced with a gunmetal and chrome-like finish.
It seems that Soundmagic are aiming for a more mature aesthetic with these, and they look very nice.

The cable is braided copper with a silvery/gold-like finish with transparent plastic strain reliefs at the jack and at the Y-split.

The jack is one of the 60 degree jacks that have become the norm for Soundmagic, like a compromise between straight and L-shaped. I've never had any issue with previous models with this jack though.

Sound:
The most important aspect of the earphone is obviously how it sounds. To my ears the sound is clearer than the E10 with more detail. Decent separation and soundstage for the price. If the older E10 and E80 models got together and had a baby, it would probably sound like this earphone.

The sound is not massively bassy, these are not bass monsters by any means, but when listening to electronic pop like Sigrid the bass comes out prominent and is capable of delivering thundering bassdrops like an impending doom if the song demands it.

Obviously these are not going to sound better than or as accurate as higher end earphones, but these provide a thoroughly pleasant listening experience which allows you to just enjoy your music. An ideal upgrade for those looking to throw their bundled earphones away, or just want a cheap pair for the gym or commute.

Isolation is reasonable and would likely be sufficient for commuting and out and about, but probably not for really noisy environments. Remember to pay attention to your surroundings and watch out for cars!

Final word:
So, have Soundmagic topped the E10 with this new model? I'm going to say yes. Soundmagic have upgraded the old budget favourite with a more refined sound.

Pros:
- a pleasant and engaging sound
- good price/sound quality ratio
- nice mature appearance and well made.
- decent all-rounders that handled everything I threw at them pretty well.

Cons:
- lack of accessories compared to similarly priced earphones.
- the aesthetic might be a bit dull for some.
- lack of colour means differentiating left from right requires you to find the L and R markings, rather than a quick glance at the colouring that the E10 had.

Louis8ball said:
Thanks for this review. Just placed order for these on Amazon.
Click to expand...