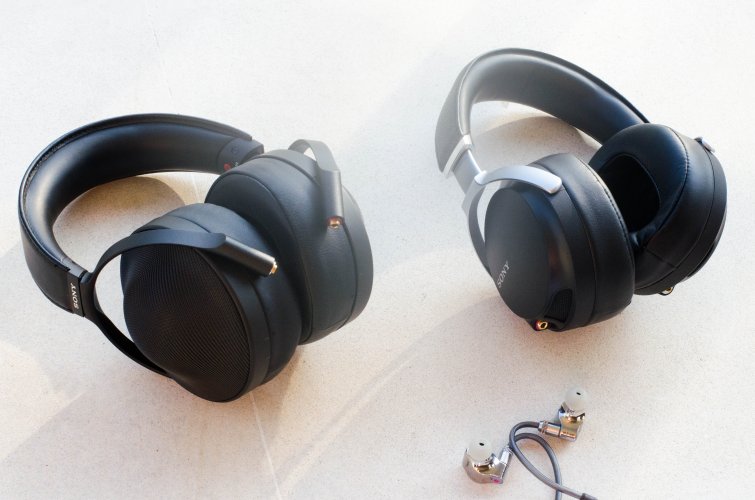 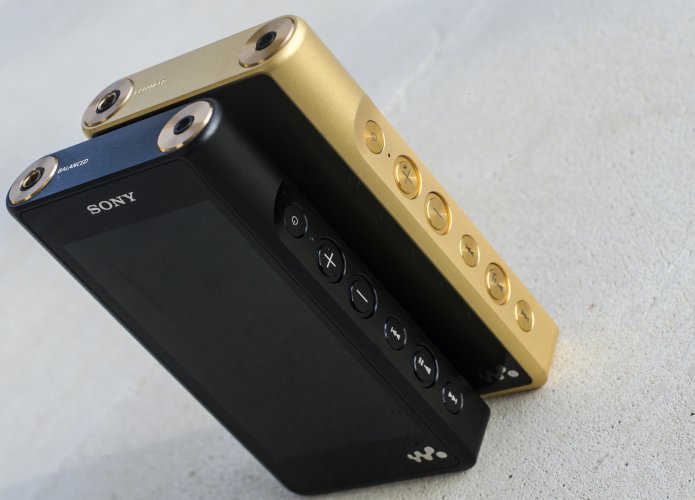 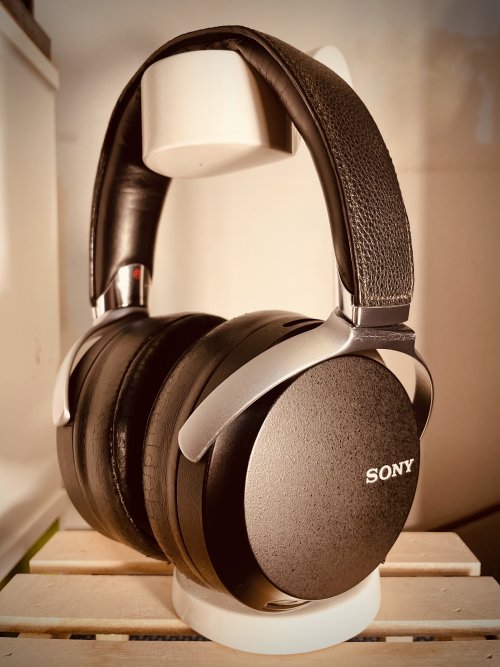 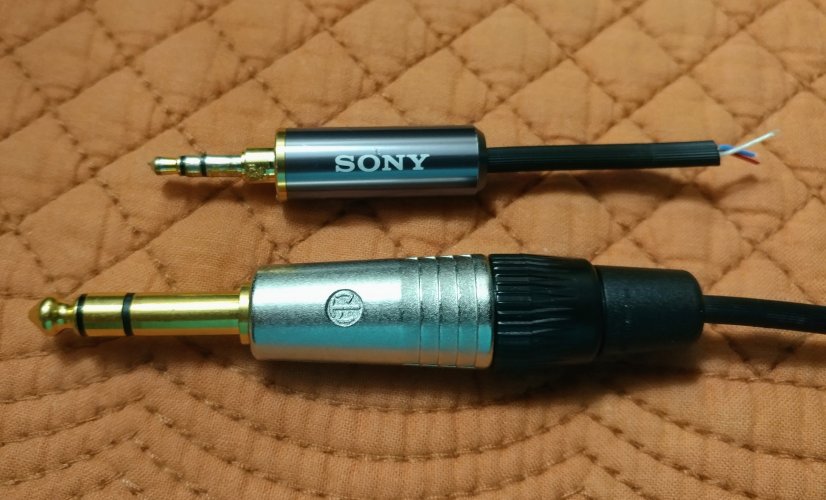 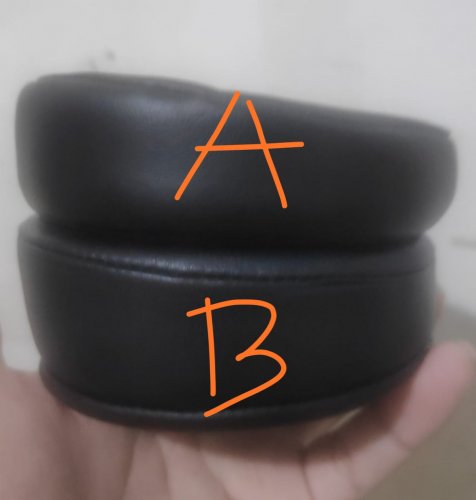 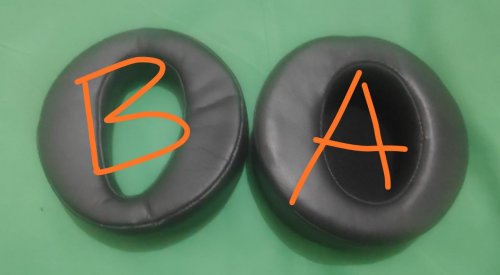 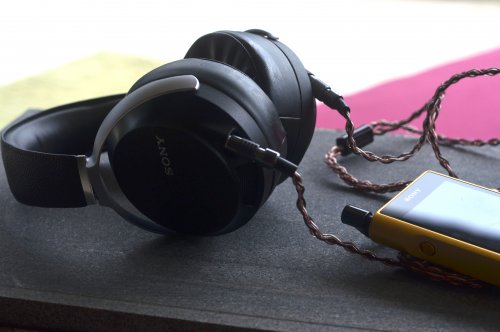 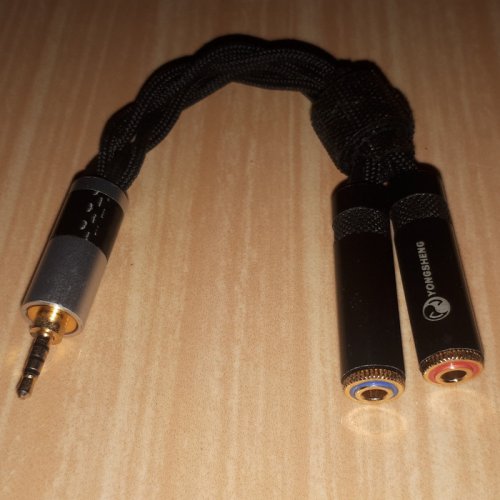 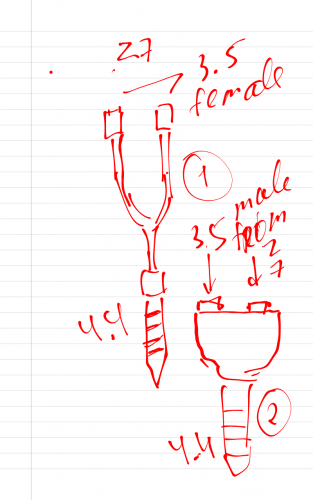 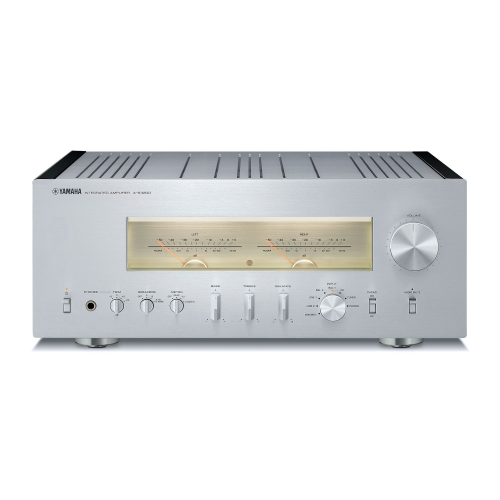 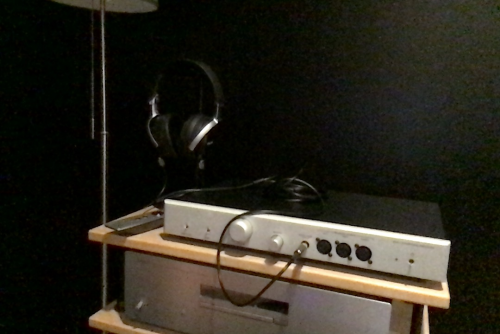 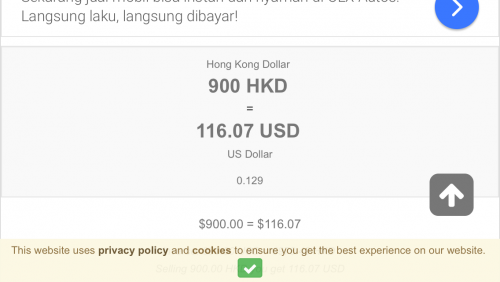 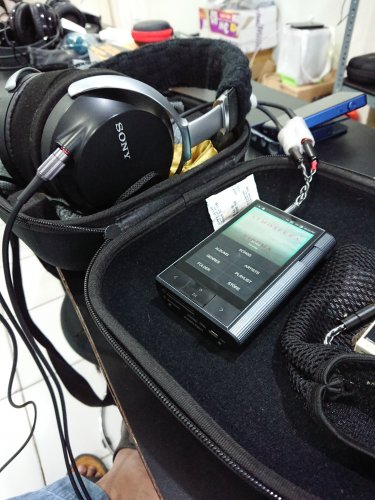 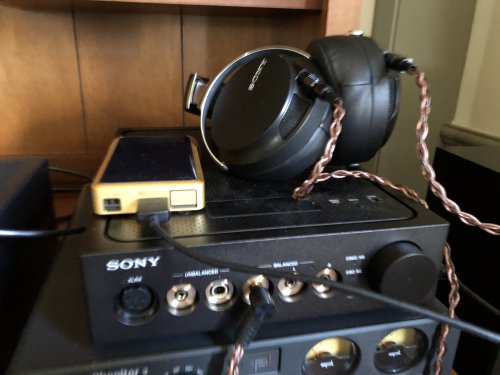 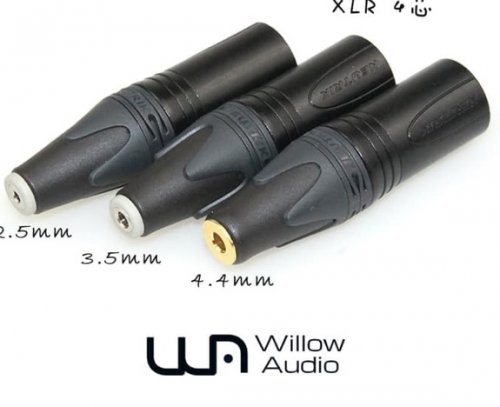 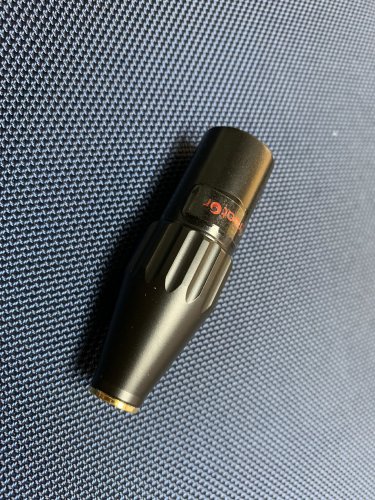 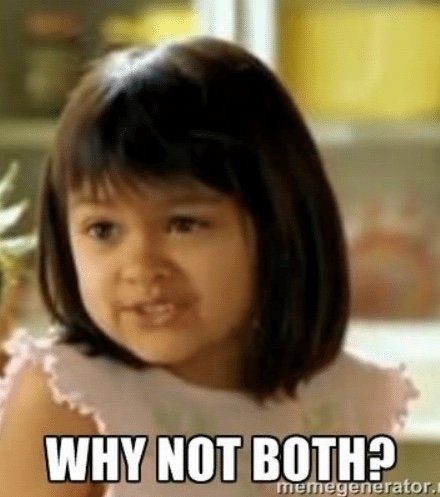 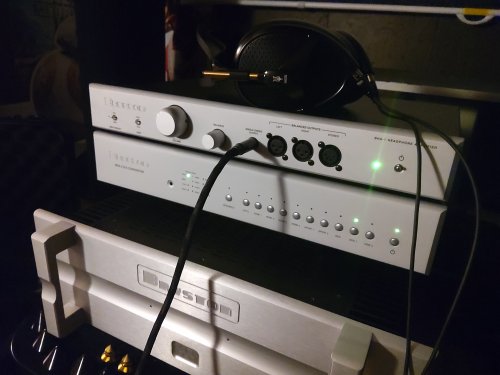 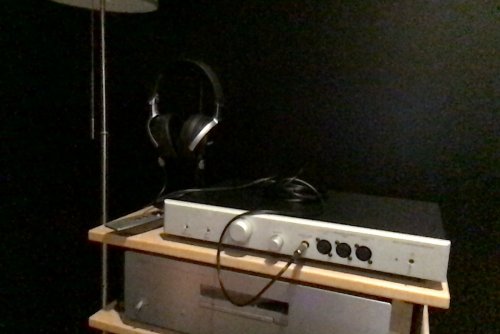 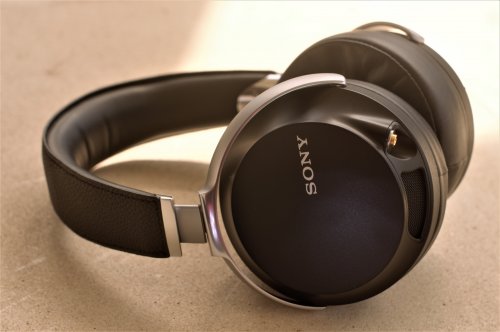 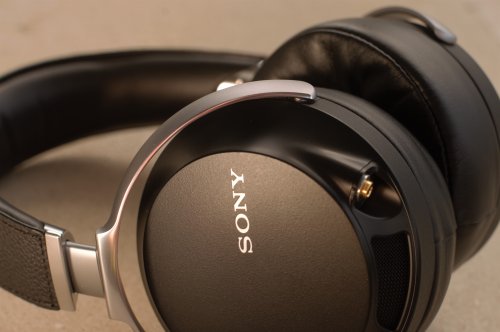 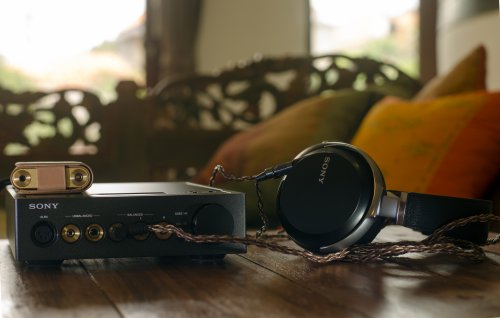 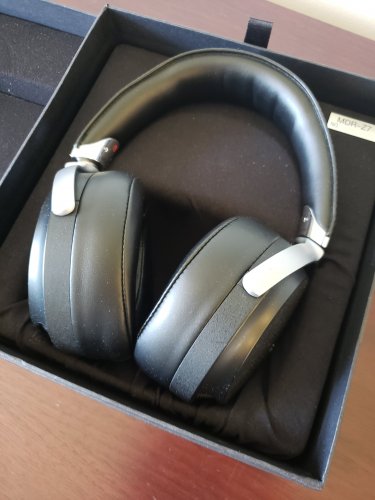 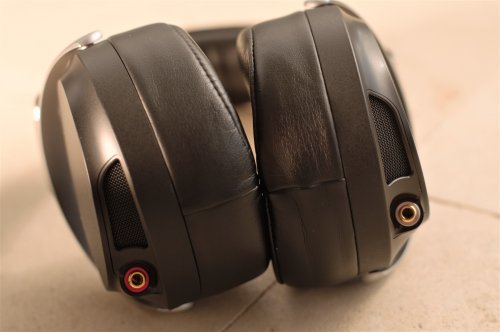 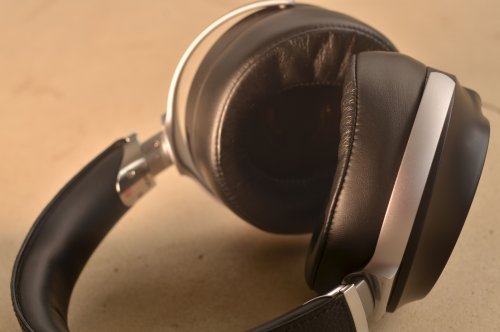 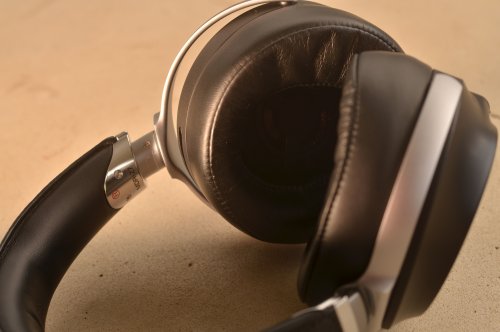 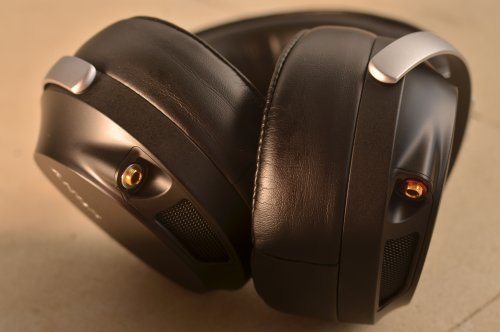 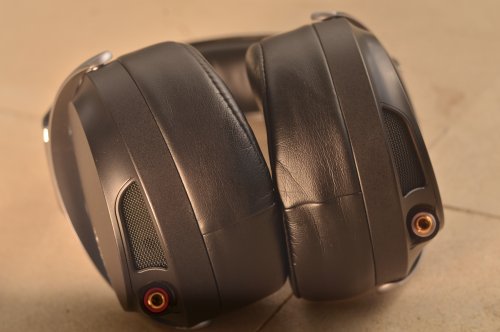 You are using an out of date browser. It may not display this or other websites correctly.
You should upgrade or use an alternative browser.
Sony's new flagship 2014 - MDR-Z7

Yeah, Z7 will have better soundstage. Frankly, I think it has the biggest soundstage of all closed-back headphones I have ever heard... save for maybe the TH900 where the Z7 either ties with, or only a little bit less wide.

And Z7 won't need very special amp/DAC IMO. The PHA-3 has been said to do some special processing in order to make the Z7 sound good.

I don't have the Z7 with me right now, but... I have also found from the service manual that the stock cable indeed is... SPC (silver-plated copper). This explains why I kept hearing the stock cable as being "cleaner" than the OFC cable that I rigged for the Z7. Although solid-silver works best for extracting clarity.

Now, this is not a knock at the Kimber Kable or its owners but... as far as I know, the Kimber Kable is OFC, and I don't think I'm hearing "improved clarity" or anything like that from OFC. If anything, it made my Z7 sound even bassier than stock.

Granted, I kind of like that with my modded pair, but I can't imagine it doing anything beneficial to the stock version.
Fairly simple modification to the Audio Technica ATH-ES10 headphone

Good to read your feedback and thoughts Bill-P, thanks.

I'll let you in on a little something... a friend of mine has the T5P. After listening to my modded Z7, he put his T5P up for sale. He'll even trade it for a Z7 if you'd like... though my honest opinion is to just hold on to the Z7. It is a very special headphone once it's modded.
Fairly simple modification to the Audio Technica ATH-ES10 headphone

Right now I don't any longer have my Z7 as I returned it to Amazon, but as soon as new funds are in place (I hope within the next couple of months) I suspect I may buy one again, if not quite for as low a price as this unit was.
Aside from the lack of a short cable to complement a longer one, I simply loved the design and ergonomics and my brief listen to it through my iPhone 6+ was interesting enough. It was only brief but I have been using a Yamaha Pro500 for a good few months now as my take-anywhere headphone, and hearing a few of my most-listened to tracks on the Z7 was really fun.
When I do get a new (NEW!) Z7 I will come back here and read back over posts to fully acquaint myself with your modding thoughts for the Z7 - maybe by then you may have added a Z7 mod guide in addition to the few in your profile.

Appreciate you taking the time to write so much here.

bill-p said:
Yeah, Z7 will have better soundstage. Frankly, I think it has the biggest soundstage of all closed-back headphones I have ever heard... save for maybe the TH900 where the Z7 either ties with, or only a little bit less wide.

I agree with you here...the TH-900s are still the sound staging closed headphone kings in my book, but the Z7s ain't too shabby either.
For my gear listing, please see my profile page.
Headphone.guru Reviews:
http://headphone.guru/author/macedonian-hero/

Ok Ive come back and bought a pair after auditioning them with my RX3B and DX50. I got a deal that I just couldn't refuse from Simon at Perth Sony store - he gave me ~30% off. Will be building a silver balanced transportable cable for them.

I agree with you here...the TH-900s are still the sound staging closed headphone kings in my book, but the Z7s ain't too shabby either.
Click to expand...

takato14 said:
Have you heard the TH600? Do you think it performs similarly or equivalently in this regard?
Click to expand...


I have heard it, but not extensively, nor at home. In terms of imaging it was right behind the TH900s. I would need to have it side by side with the Z7 to see how they compare.
For my gear listing, please see my profile page.
Headphone.guru Reviews:
http://headphone.guru/author/macedonian-hero/

I have heard it, but not extensively, nor at home. In terms of imaging it was right behind the TH900s. I would need to have it side by side with the Z7 to see how they compare.
Click to expand...


Thanks for the input. Guess I should wait until I can try the TH900 before pulling the trigger on it, as the TH600 was one of the most confused sounding headphones I've ever owned...

Don't get too hung up on the T5P. It is a better headphone than the Z7 at stock... if you don't listen to bass-heavy music.

But as soon as you play any bass at all, the Z7 holds a significant lead over the T5P.

And the modded Z7 is simply leaps and bounds better than the T5P.

And that's only where sound is concerned. Comfort, design, etc... the Z7 would easily surpass the T5P.
Click to expand...

"I agree on most parts.The mids posed the biggest issue for me, that huge difference in upfont to laid-back, sometimes even with tracks on the same album. It almost made me return them."

sonic defender said:
What about unmodded? I will guarantee the vast majority of head-fi members will not or can't mod a headphone. As well, once we start modding things unless we use very carefully designed blind testing expectation bias is a significant concern. You seem to mod all of your headphones, is this just what you do, or do you mod once you find problems that you can ascribe to design elements that modding can overcome?
Click to expand...

I did mention unmodded. Unmodded, T5P bests Z7 in clarity, mids, treble, etc... IMO. Note: good T5P. T5P, like many other Beyer's Tesla models, has some issue with quality control, and so two pairs of T5Ps may sound very different.

As for modding, though, while some mod with no concrete idea of what they're doing, there are also those who mod having an idea or two, because they have had experience working with speaker dampening and so on. Same principles would apply here. Granted, I'd agree that modding the Z7 is a completely different process and approach for me due to the fact that I wanted more than what "dampening" can possibly give. And the reason is because I can hear and even "see" (on graphs) the potential of the Z7. It's got the potential to be a great headphone. And I suspect Sony already knew this, but they are intentionally holding back just so they can release other models based on this same driver for some years to come, or perhaps they're gauging market interest before they release the true R10 successor.

As for how good the modded headphone is... I think I'll leave it up to Purk to compare and contrast. But there is not a doubt in my mind that the modded Z7 is far far far ahead of the stock Z7.

On a side note, I don't just blindly mod any headphone, or purchase any headphone. I used to do that, but nowadays, I'd only mod headphones that I know have the potential to be great. I can adjust the sound and make the sound "tighter" through modding, but there is no way to overcome physical limitations. If the driver can't reproduce certain frequencies, then... well, it just won't be able to. There is nothing that can be done to fix that, except for maybe redesigning the drivers.
Fairly simple modification to the Audio Technica ATH-ES10 headphone

did you reveal your full final mod yet? I'm interested in what materials you've been implementing where and how the tonality changed from bass to highs. Thanks

"I agree on most parts.The mids posed the biggest issue for me, that huge difference in upfont to laid-back, sometimes even with tracks on the same album. It almost made me return them."

A headphone can't change, it is a static entity, the music changes. It is extremely common for different songs on the same album to be engineered to be different. The Z7 will always be the same, it can't dynamically change how it portrays music, unless I'm missing something.
Click to expand...


You obviously are right, but what I was trying to say (and what I have said a couple of times in this thread) is that the Z7s are extreme in showing the differences in recordings.
My D5000s and A900Xs don't alter the soundstage THAT much. My A900Xs for instance - although they let you hear the differences in recordings - overall remain pretty upfront all the time. The Z7s don't seem to have a basic 'sound-stage signature', they can be very upfront (even more than the A900Xs) and very laid-back.
BTW, I am not the only person in this thread who noticed this 'inconsistency'.
Headphones: AKG K550 MKII, Audio Technica ATH-A900X, AudioQuest NightHawk Carbon, AudioQuest NightOwl Carbon, Avantone Pro Planar, Bang & Olufsen BeoPlay H6, Denon AH-D5000, Philips Fidelio X2HR, Philips Fidelio X3, Sennheiser HD 650, Sennheiser Momentum MK2, Sony MDR-Z7 Amp: Marantz PM7200, TEAC UD-301 Source: Marantz CD5000, Marantz CD6000KI, Mac 20 inch 2.4Ghz > TEAC-UD301 Portable Source: iPhone SE, Samsung Galaxy Tab 4

takato14 said:
Have you heard the TH600? Do you think it performs similarly or equivalently in this regard?
Click to expand...

When my TH600s were stock, I believe they had a soundstage edge over the Z7s, but barely.  But now that they are LA600s, they have even more.  But maybe at the cost of some of the thickness in the bass region.
Desktop - Metrum Musette -> Cavalli Liquid Carbon -> ZMF Atticus or HD650 or MDR-Z7
Portable - iPod Touch -> HD25 ii Adidas Edition or DT1350
You must log in or register to reply here.