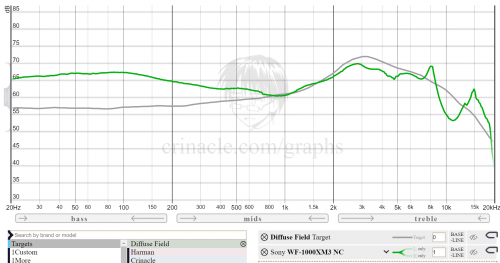 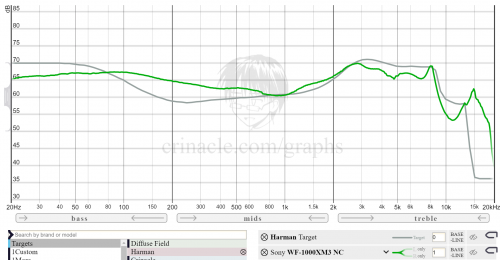 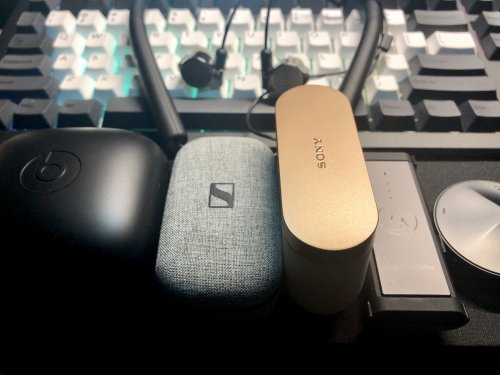 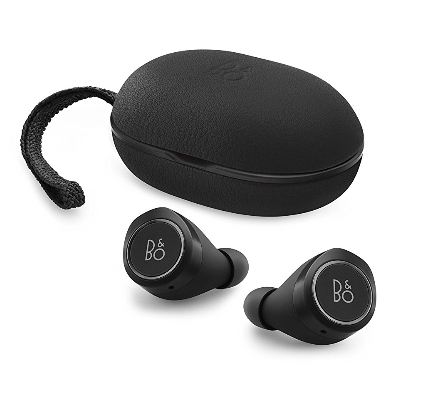 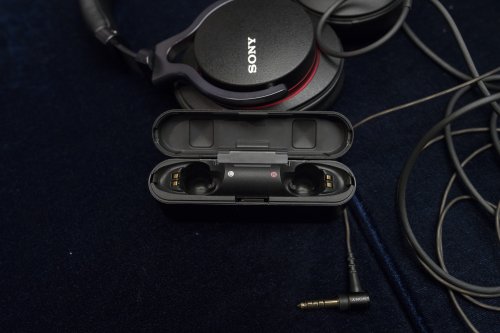 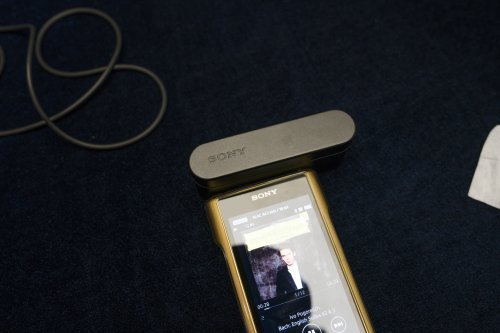 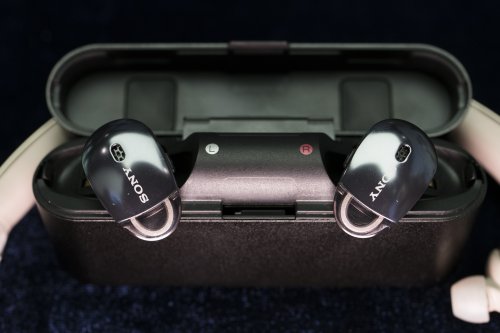 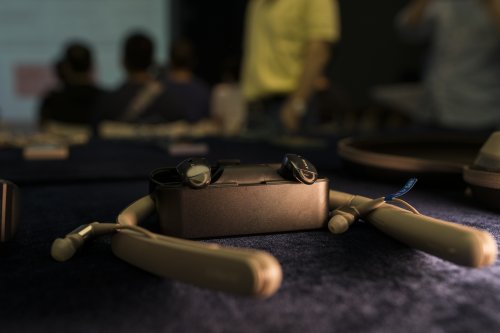 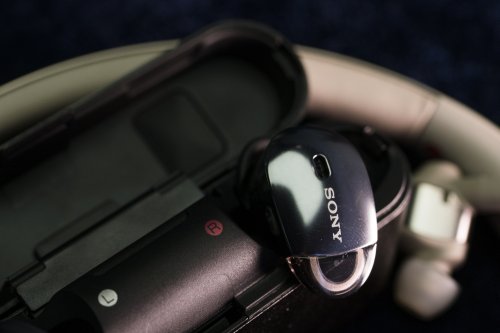 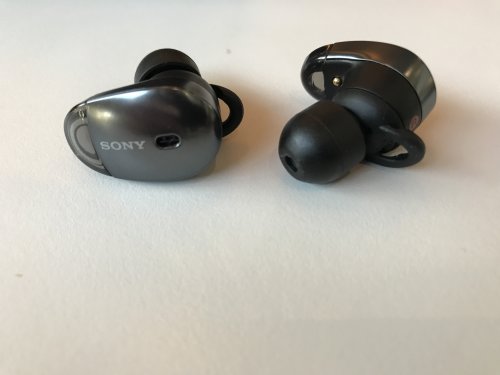 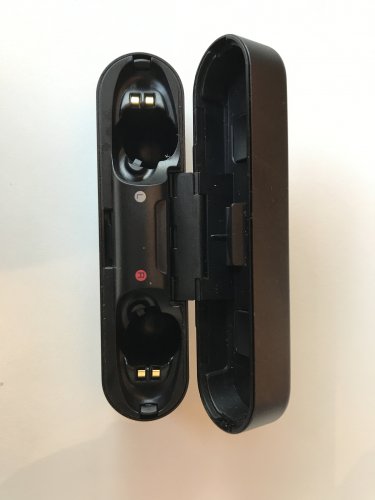 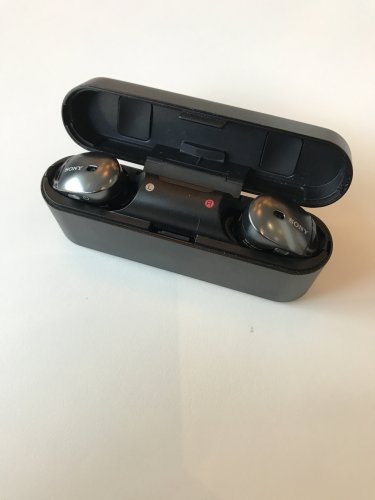 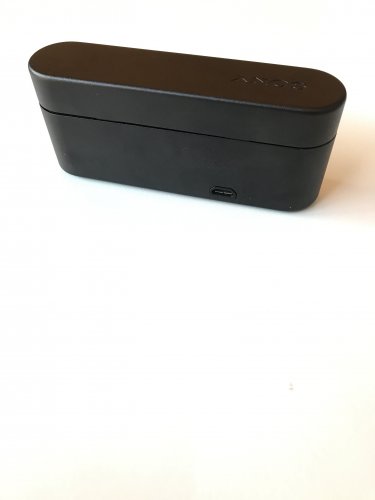 You are using an out of date browser. It may not display this or other websites correctly.
You should upgrade or use an alternative browser.
Sony WF-1000X discussion thread: Truly wireless IEM with Active Noise Cancelling!

I noticed that there wasn't a specific discussion thread for these beauties, so here goes.
Sony releases these in September, and I was able to get my hand on a pair. As I've been waiting for some truly wireless earphones that would satisfy the Head-fie'r in me, I'm very excited about these.

I'm still forming an opinion, as I'm still in the first days after purchase. I hope many of you are just as excited about these, and will join in the discussion here and share their thoughts!

Packaging
The packaging of the IEM's is very clean and small. It's a slide-out box style packaging, and when you slide the inner box out you're welcomed by a dark see through plastic cover under which the IEM's and casing are sitting in some kind of foam. Underneath the foam are alle the extra accessories, such as the extra tips, wings and charging cable. All in all a very stylish and minimalistic packaging.

Fit & finish
The product has been finished very well, as you'd expect from Sony. I've had the MDR-1000X before (same series) and the fit and finish here is largely the same. There's a lot of attention to detail, the different pieces of which the product is composed are not very noticeable and the charging case as well as the IEM's themselves don't squeek when you compress them in your hand.

The charging case itself is finished just as beautifully, has an NFC contact built-in and charges via micro USB. There's also a small LED on the back to indicate charging status. The attention to detail is apparent here as well, since there's rubber inserts inside the lid to make sore no damage is done in case the IEM's hit the inside of the lid when the case is closed. The only gripe I have with the charging case, is that there's some kind of 2-step hinge mechanism to open the lid. This takes some getting used to, and sometimes makes you think you're using it wrong. This is a minor inconvenience though.

Comfort
The IEM's themselves are very, very lightweight. I must say, as is apparent from the press pictures, they seem to stick out a bit more than Airpods. However, I've found that they do sit tight. There's some sort of wing that hooks on the inside of your ear, but on the bottom. So in essence, the IEM 'leans' inside your ear. Combined with the light weight and perfect weight distribution, this makes for a very secure fit. Obviously the story of the tips remains the same; there's plenty of size available, but each person has their own preference in that regard. They do fit like random Sony IEM's as far as I can judge.

One thing I found interesting, is the fact that (even though they seem to stick out a bit more) they 'vanish' a bit better than the Airpods. Colleagues always saw me wearing my Airpods, and tapped me on my shoulder or waved at me. With the Sony's however, people don't seem to notice as fast that I'm having them in. Together with the NC of the Sony's, this makes for some awkward situations.

Sound quality
The big one. The one many here are probably most interested in. Let me start by saying that I'm thoroughly surprised by Sony. These are the first wireless IEM's I know of that actually sound worthwhile.

The Sony's use AAC streaming, so high-quality audio transfer is ensured. Furthermore, I use Tidal Hifi to stream to them from my iPhone or MacBook (on which I've forced AAC streaming). I've had them for a few days, so I can't go into much detail yet. But for now, I'll share some brief impressions (see my signature for my comparison gear).

The highs are nice and clear, which is to be expected from Sony. I'm trying to detect a roll-of in the highs, and I think there is some. But I'm not entirely sure. The clarity of these is so nicely done, that it's hard to detect any roll-of in the highs. Sepereation in the highs and mids is great. Not comparable with a multi-BA IEM, but impressive for a dynamic driver.

The mids are typical Sony. Nice, warm, lush and detailed to a decent level. Obviously, BA (or very good dynamic) drivers can get more out of the mids, but these mids are very musical and pleasant to listen to. I'd wish for a bit more attack and decay but I'm guessing it's at the limit of what a 6mm driver can do. The mids (luckily) don't bleed into the highs too much. They do (as far as I can assess at this point) bleed into the lows a bit, but this is understandable as Sony tried to get a 'big' and full sound of a very small driver. A trade-off I support.

Lastly, the base is nice. Very nice. The layering is not up there with the best dynamic drivers, and it could surely do with some more detail. But I'm referencing to my RHA T20's and Beyer T70p's now, which is obviously not a fair fight. This low-end is full, energetic and with some tracks even subwoofer like. There's obvious roll-of on the low end, but nothing I couldn't live with. Again, I still have to listen some more. Luckily, heavy base tracks don't get bloated at all, and details and clarity across the spectrum is always retained. For a 6mm driver, nicely done Sony!

Soundstage is okay. It's not really tiny narrow, but it's not mega wide. There's some decent width to it, and instrument separation greatly benefits from this. It's very enjoyable indeed, but not revolutionary by any means.

To summarise: very nice sound, with surprisingly good detail and clarity. Even the dynamics are good, and surprise me every now and then with more acoustic songs. The one thing I'm most impressed with about though (and I'm listening to them as I write this), is that we're talking about a truly wireless IEM here. And as far as that goes, these are the ones to beat imho.

Noise Cancelling
I can be short about the NC functionality, as I haven't focussed on that yet. It is derived from the amazingly good MDR-1000X, and these are nou slough either. Obviously, IEM's do a lot of noise blocking themselves by means of the seal. However, the active NC is noticeable in a busy office or on the street. It makes wind noise more bearable and the office a place of tranquility. It's effective, but how effective exactly is something I still need to research.

Connection stability
The one aspect of the Sony's that I like less than on the Airpods is connection stability. Connecting to and from different devices is flawless, albeit there's no special chip to make this even more streamlinded. The sony's connect automatically when they come out of their case (to the device they were last connected with), and they disconnect automatically again when you place them back in their case. The only gripe I have with this, is the fact that they always start at full volume on my MacBook (which is something that could also be related to the SW on the macbook) and the fact that the connection sometimes drops out for (not more than) a second every now and then. This is in no way disturbing, as it always corrects itself after 1 sec. maximum. Apple did a better job here, but the conveniences of the Sony's (especially the sound) greatly make up for this inconvenience.

I hope my experiences will be of help to those still deciding. If there are any questions, ask them in this thread. If you own them, please share your experiences!

these aren't available anywhere!!, are you one of the lucky ones that got shipped the first batch from amazon?

How are these with connecting bud to bud? I've tried a few wireless in ears and the big problem for me has always been the slave bud dropping out. The only ones that don't are the Bragi because they use some other tech to keep them connected.

It's not on the bestbuy website, but I saw three pairs of them stocked at my local Best Buy (Everett, WA) yesterday. I feel like Sony didn't really push this one, the employee had never heard of the model when I asked for them.

Tim Le said:
It's not on the bestbuy website, but I saw three pairs of them stocked at my local Best Buy (Everett, WA) yesterday. I feel like Sony didn't really push this one, the employee had never heard of the model when I asked for them.
Click to expand...

so lucky, I'm shocked not 1 single online shop has stock!, I'm dying to get it and its already out in some shops!!, how much do they sell them?

pinkbecca said:
so lucky, I'm shocked not 1 single online shop has stock!, I'm dying to get it and its already out in some shops!!, how much do they sell them?
Click to expand...

Very interested in these. I'm considering ordering a pair over the weekend from Sony Korea, who say they have stock and next-day delivery. For anyone who has tried them: is the convenience of wireless worth the trade-off in terms of reduced audio quality? One assumes that these are a significant audio improvement over the airpods?
Source: Sony ZX300
Headphones: Sony MDR-Z7M2

They are a really big upgrade in SQ over the airpods, I can tell from my own experience. Compared to other IEM's, they're (imho) perfectly fine for any audiophile. I don't have too much experience with the lower-end of IEM's, but compared to my RHA T20's: I can obviously hear the difference, but I never feel myself longing for more as far as the sound is concerned with the Sony's. And the completely wireless nature is a pretty big added bonus then! I must admit that I haven't tried them with SBC, I only use AAC streaming.
Aëdle VK-X / M17 / W40 v2 / D2K / DT770 80 / FH9 / Corda2move / PRO900i / Radiance / Gemini / IT01

Any comments on battery life? Starting to look at wireless IEM buds to replace my Senn I80s, and these are currently on the shortlist (also looking at Liberty+, when they're released, and some of the Bragi ones).

The battery life is okay. Granted, Airpods had better battery life. However, I can reach the advertised battery life of 3 hours for the buds and 9 hours with the case. I charge them every other night, and I use them in an office setting (so I don't listen to them all the time).

Wow! I have been actively tracking all reviews for these IEMs and am glad you have opened a discussion thread for this. Thanks for your review!
I had a couple of queries that I was hoping to ask you (some might even be a bit noobish).
Kindly help out if you can clarify any of them.