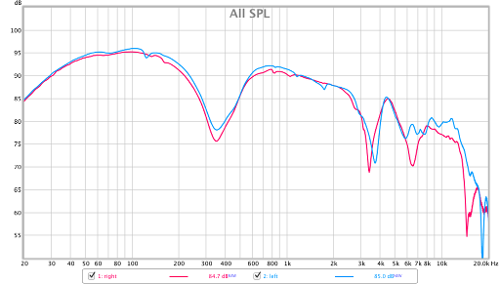 See full thread gallery...
You are using an out of date browser. It may not display this or other websites correctly.
You should upgrade or use an alternative browser.
Sony MDR-XB950BT Bluetooth headphones

Ah, yeah I didn't go back to read the direct quote when I wrote mine. "Bass emphasized", my apologies on the misquote. Maybe it's because I came from the 1RBT to the 10RBT that I found it little lacking in bass, but great with clarity. I once described them as like the GRADO SR-80s with a tinge more bass.

I'm certainly not a basshead. But listening to rock music on the XB950s reminded me of the acoustics of going to a live rock concert. Where the drum hits and the bass notes really punched you in the face at times. That was something different I felt from just listening to the standard studio produced track. It was more fun and gave studio produced music more depth IMO.

Yeah the mic is better. The 10RBT was one of the worst I had used. My BTN200 actually have a better mic for even less money. They are pretty under-rated headphones for the price. Nothing to crow about but they sound decent, have an OK bass response but an extremely narrow sound stage and "flat" acoustics. Like all the instruments are on the same plain, but good for podcasts and just kicking them around on a run. They're cheap so you don't really even care if they get damaged.

I agree, the build quality is better than the 10RBT. But I also felt that the 10RBT was better built than the 1RBT which retailed for $200 more. But I still think the XB950 are f-ugly. Oh well, they're still my favorite though.

dweaver said:
I too am hoping Bill will post some pictures of how he is modding these as well. Hopefully he is doing it completely differently than me.
Click to expand...

I'll have time to post some photos this weekend. It's just that I'm too hammered during last week (thanksgiving) to do that.

But I'll drop you a hint: you can disassemble that plastic enclosure, and dampening the inside of that thing gives the biggest change in sound, as you suspected.
Fairly simple modification to the Audio Technica ATH-ES10 headphone

Hey Bill-P,
Have you noticed the xb950bt kinda lacks in the high clarity? like it sounds almost hollow?

mikebleeds said:
Hey Bill-P,
Have you noticed the xb950bt kinda lacks in the high clarity? like it sounds almost hollow?
Click to expand...

Modded XB950 is a lot better in this regard. Sparkly but not too fatiguing.

It's still not on the same level as my HE-560, but at least I don't get weirded out by the tonality of the headphone every time I switch over...

I compared my pair to my brother's stock pair. Gonna give him my pair and take his pair to mod.

There's just one step in my mod that "tunes" the bass, and I'm not sure how to simplify it. Doing it wrong can cause channel imbalance.
Fairly simple modification to the Audio Technica ATH-ES10 headphone

I'm interested in checking them out too! How difficult would it be for a newbie? I've never modded headphones but I have modded other devices but nothing crazy. I'd love to see how you take these things apart.

woohoo, figured out the way the plastic cap fits the driver and it sure looks easy to dynamat. I also wonder what would happen if that cap was removed... I will remove the dynamat I put in the bottom of the cup (yes I realized AFTER I had dynamatted the cups that there was a plastic cap in the way!!). I didn't say I was good modder LOL. anyway cleaning up my initial mess and getting ready for attempt two.

I will start with just a dynamat MOD of the speaker caps but since i have messed up the cups with dynamat residue so will likely never resell these I might try modifying the paper surrounding the drivers if this doesn't help improve the treble. I am going to treat the headphone as my $100 model kit scratch that and make it my MOD Kit

OK the dynamat mod in the caps is now complete and so far I am enjoying what I am hearing. it has improved the boominess of the bass, tightening it up quite a bit. The mids are consequently not quite as dark and not as distant sounding. The treble is also a bit better but not quite as clear as I would like. I am going to burn these in for a couple more days and see if the treble improves any.

BTW once you slip off the earpads there is 4 screws holding the driver to the cup and then 2 screws holding the cap to the driver. Once the cap is off the drivers you simply dynamat the inside of the cap on all the flat spaces and then screw the cap back in place and then put the driver and cup back together and carefully slide the earpads back on. I was able to do the entire mod in about a half hour and I am not very good at this sort of thing. This headphone is a modders dream. It's affordable and very easy to play around with.
Equipment: Samsung S9, Galaxy Buds, AKG N700, Sony WI1000X, , WH1000XM3, NAD HP50, HP70, KEF Space One wired, Motion One HiFiman HE400i, Nighthawk, Little Dot 1 DAC, AudioEngine D1, RW Audio Amp1.

Scratch this, a port hole would make bass boomier.

Wonder how it would sound with dynamat in the caps and make a pin sized port hole in the cup. Shouldnt it tighten up the bass?

I dynamatted the cap and so far that is all I have changed and this has helped the bass a lot.

The paper around the driver is there to attenuate the treble versus the port in the back which helps the sound stage and bass. So either using thinner paper or possibly perforating the paper may possibly increase the treble. But I also wonder if the earpads themselves are covering up the outer edges of the driver which is impacting the treble. Looking at the design again, the angled drivers eliminate the possibility the earpads are causing treble loss. This leaves only messing with the paper around the drivers to change the treble which is definitely risky and non-reversible. So at this point I will wait and see what Bill-P comes up with and then decide on any new changes I am willing to try with these.
Equipment: Samsung S9, Galaxy Buds, AKG N700, Sony WI1000X, , WH1000XM3, NAD HP50, HP70, KEF Space One wired, Motion One HiFiman HE400i, Nighthawk, Little Dot 1 DAC, AudioEngine D1, RW Audio Amp1.

FWIW I found these headphones to be just a tad too clampy. I stretched them out overnight around a not-too-large box and it seemed to have made a huge difference. Just clampy enough to isolate without discomfort.

So I used these on the train today and walking to work and they actually don't isolate as well as the MDR10RBT which surprised the heck out of me. I guess they must let in more outside sound through their bass port than the MDR10R
Equipment: Samsung S9, Galaxy Buds, AKG N700, Sony WI1000X, , WH1000XM3, NAD HP50, HP70, KEF Space One wired, Motion One HiFiman HE400i, Nighthawk, Little Dot 1 DAC, AudioEngine D1, RW Audio Amp1.

dweaver
With the mod you did how does the bass sound with the bass button on. Does it still sound boombastic or is it strong tight brain rattling bass?
You must log in or register to reply here.