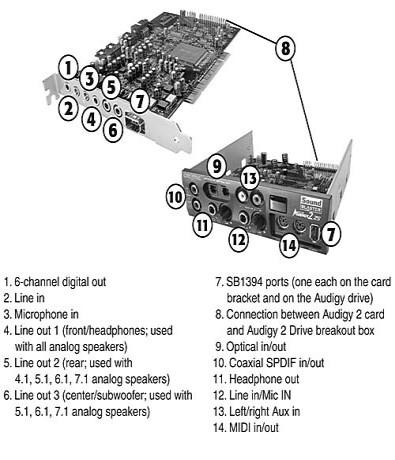 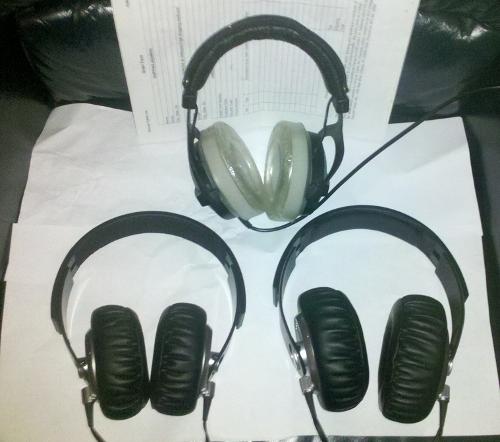 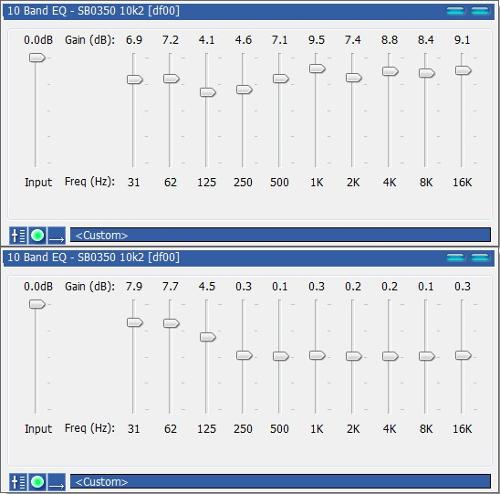 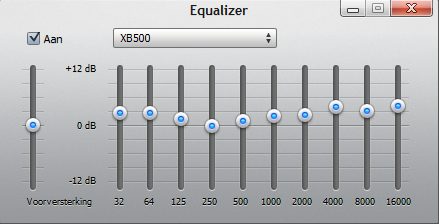 See full thread gallery...
You are using an out of date browser. It may not display this or other websites correctly.
You should upgrade or use an alternative browser.
Sony MDR-XB500 vs Sony MDR-XB700

rpgwizard said:
Be aware Logitech speaker headphone out sounds really really bad (I've only got a Logitech X-530 set personally but yea on this one it's really bad too). It's been confirmed by several people and even onboard sound sounded better sometimes (probably not for bassheavy playback in mind) but as far as overall sound quality goes.
Click to expand...


What do you mean? You mean using the headphone outlet on the thing which has volume and bass control?
I tested it on my Z-2300, i can't hear any difference at all when i compare inserting the cord on the volume control thing vs inserting it directly on the soundcard.

And i'm quite surprised that someone here in head-fi is praising some ancient Creative Audigy crap from stone age. (I know, special audio drivers and EQ and blah but still).
No offense though.

Haven't been in Head-Fi for a long time... I'm still using Z5500 as the source for my headphones, which are still the same, XB500

. I haven't got any new soundcard, didn't know what to do, so I sticked to Z5500. I don't know how is it with other people, but my on-board soundcard is really crappy. It sounds so distorted at every single frequency level. I have tried different cheap soundcards which were still the same. But I'm so used to listening from my speakers connection, it sounds good enough from it, even more than enough for a source like that. Maybe I'll buy Xonar Essence STX later, but I'm patient about that.


Thinking of getting new headphones, Sennheiser HD448, such a "bang for the buck", as they say. Those aren't such bass directional headphones, but I just felt that I need something more... humane and pure for a change .

I've yet to read through this whole thread.

I tried on the Beats Studios at the Apple Store again and it rattles my brains harder than my Pro 900 (60 hours burn-in).

I'm deciding between the Pro700MK2, LP2, and XB500/700.
I'm looking for fun cans that can rattle my brains and vibrate my eardrums harder than the Beats (Sub-woofer-feel). I don't need balance and that much clarity as I have my Pro 900 for that.
Which cans would best fit that description from best to least? And do they have more quantity than the Beats? (For even MORE I'm looking to drive them with the ZO2 which I'm going to purchase in the near future)

buy the xb500 you dont need any amp,straith to the box if you have a good source they will blow your head whith the thumping bass
Own: Sony Pulse Elite ,Sony mdr xb500, Pioneer SE mj5,Bose ie, ie2,sennheiser mx470,akg earphones
Country Italy

ultimate audio said:
buy the xb500 you dont need any amp,straith to the box if you have a good source they will blow your head whith the thumping bass


Thanks. I'm going to buy the ZO2 amp anyway because I need them to properly drive my Pro 900.

This is exactly what I'm wondering between the XB500, LP2, and Pro700MK2.
You should def go to Best Buy or the Apple store to audition the Beats since almost every store carries them. Them you could report back to me

Nah there's no bassier headphone than XB500, there's about equally bassy headphones in V-Moda LP2 and Pro700MK2 (and JVC HA-M5X but don't bother with those JVCs, they suck). The LP2 vs XB500 seems to have very slightly stronger midbass impact so it really "hits" you hard but it loses out to XB500 in subbass impact though so they are pretty equal in bass quantity, depends which bass is more important to you.

Sound is a subjective matter. The best headphone is the one that sounds according to your own prefers

by the way for all the people who want to buy the Sony xb500.

IF YOU HAVE A SHEETY SOURCE LIKE IPOD TOUCH,IPHONE AN ALL THE APPLE PRODUCTS THEY WILL SOUND HORRIBLE TRUST ME, i have ipod touch and the sound is bad man whith pretty all the headphones,earphones, When i plug the xb500 in my Sony vaio f11 m1h is totally another world,the sound and the bass is AMAZING  is hard to believe but trust me is another league.

I have also PHILIPS GO GEAR ARIAZ 16GB  and sound much,much better than APPLE products.(almost 70% like my Sony vaio F) the APPLE sound 40% like my S V F.

RPG i have also Bose in ear 1 and trust me the bass is depper than xb500 bass but the overall sound quality is much,much better for the xb500,the bose in ear 1 have more deep bass but everything alse is drowned sou bad and sounds mufled+ the xb500 goes much,much louder eveen they have 40mm drivers.... sou the Bose eficiency is bad,and when u pass above 90% of volume all the sound spectrum get sou badly mess up,whith the xb500 even at 100/volume thei never distort and the sound is perfect.

While I respect opinion, I am not sure how anyone can seriously argue that the XB500 is better.

I owned the XB500 for three weeks, and bought the XB700 concurrently. The XB700s are significantly more detailed, the bass is not as muddy, and it simply sounds better.

If you own the XB500, I recommend not wasting money on the XB700 and upgrading to a headphone in the 200 dollar range. Any other upgrade does not make much financial sense.

Hey, I just read your comment about the JVC HA-M5X saying that they suck.
I'm a little curious as to why you say they're bad. Have you tried them, or heard bad things about them?
Or is it the way they look or the Brand?
Thanks,

can someone tell me which is best the sony xb500 or te xb700
You must log in or register to reply here.