Menu
Log in
Register
Install the app
You are using an out of date browser. It may not display this or other websites correctly.
You should upgrade or use an alternative browser.
Sony MDR-V6/7506 Beyer pad mod with pics! (lots)

I’m sure someone’s probably already posted a guide, and it probably even has pictures too but if nothing else, this gave me an excuse to play with my camera

I’ve read about the Beyer pad mod before, but I didn’t really want to hassle with calling them and ordering over the phone. Well, the pleather pads that come stock on my 7506 started to kinda peel away at the seem. Also, I was able to find a place online that sold them: 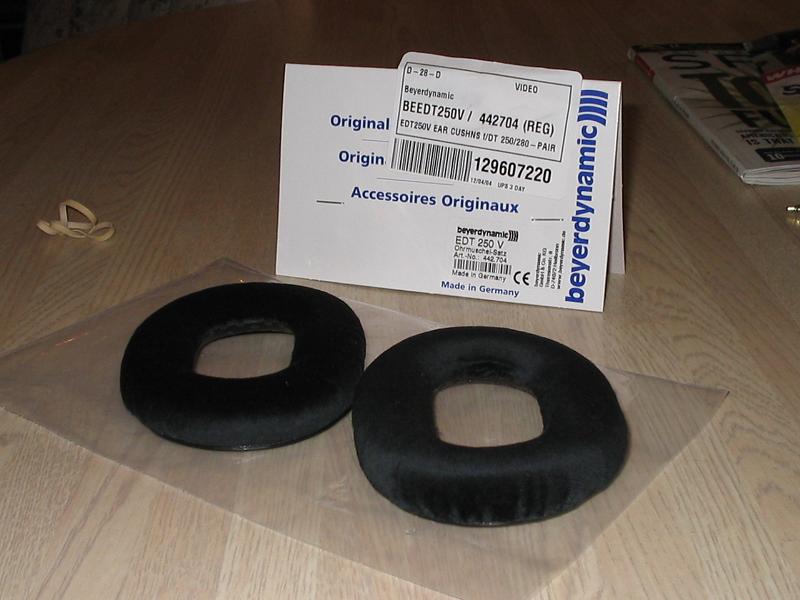 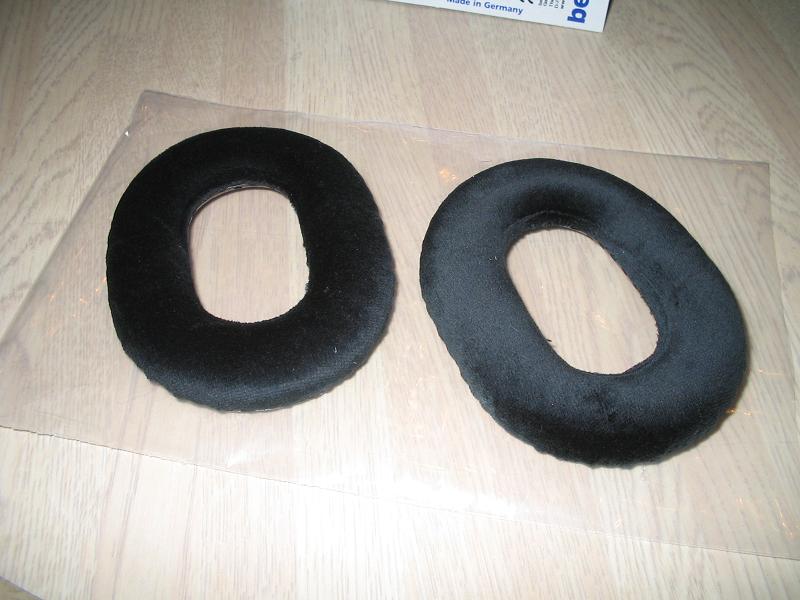 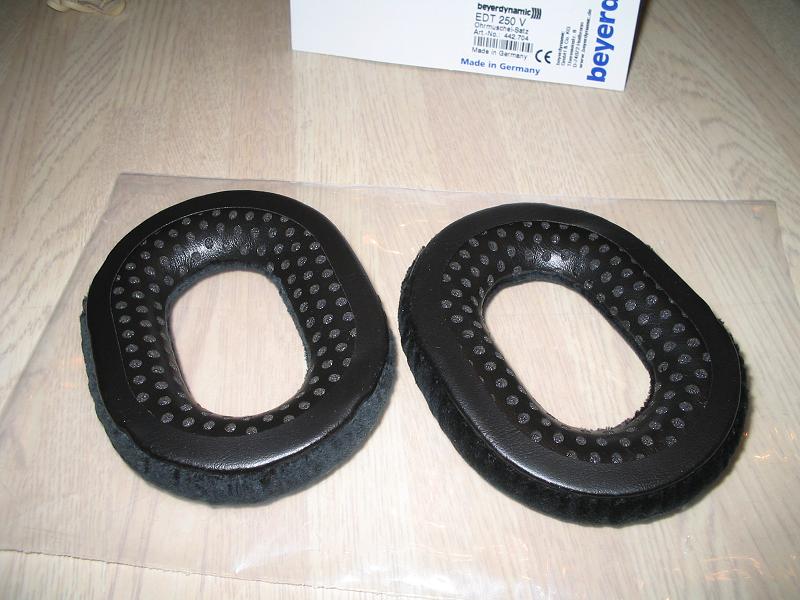 Here, you can see what the old pleather pads were looking like: 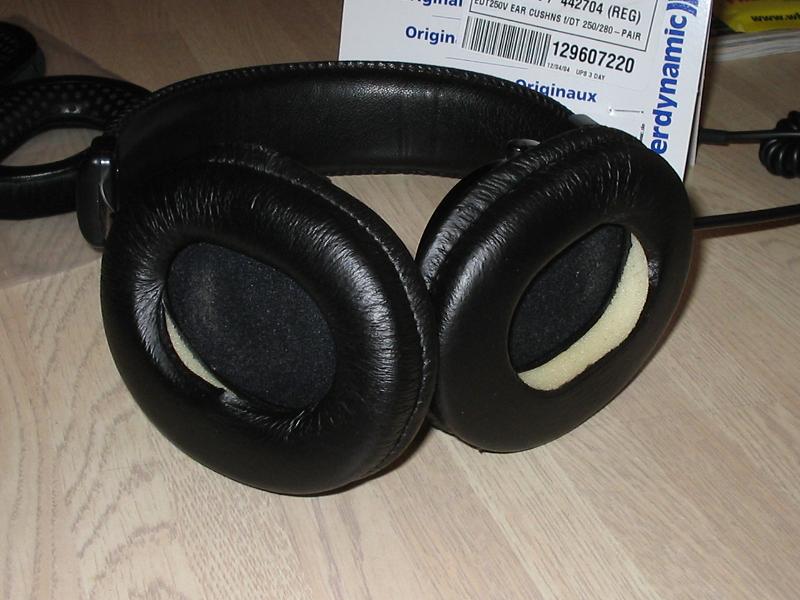 Time to remove those ugly things: 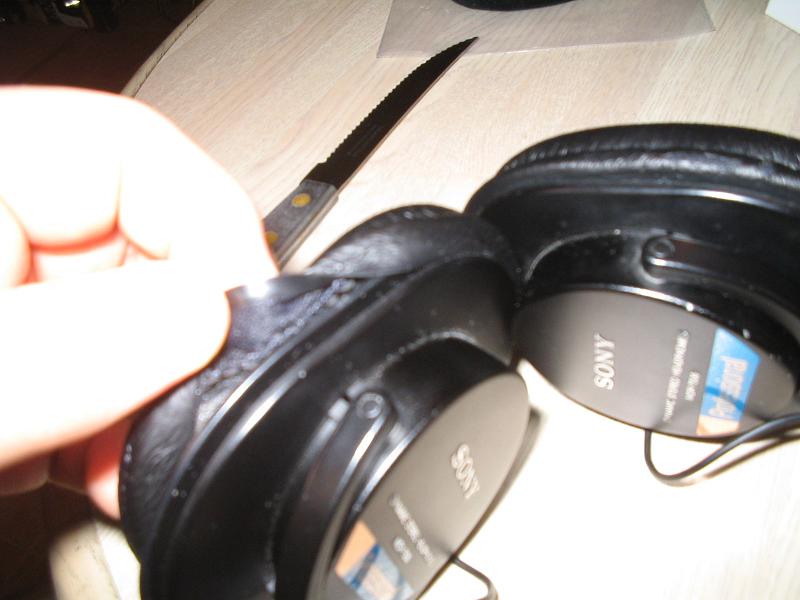 Basically just pull and it will come out of its little slot. There isn’t any glue or anything holding it in there.

Once you’ve got both pads off, they’ll look like this: 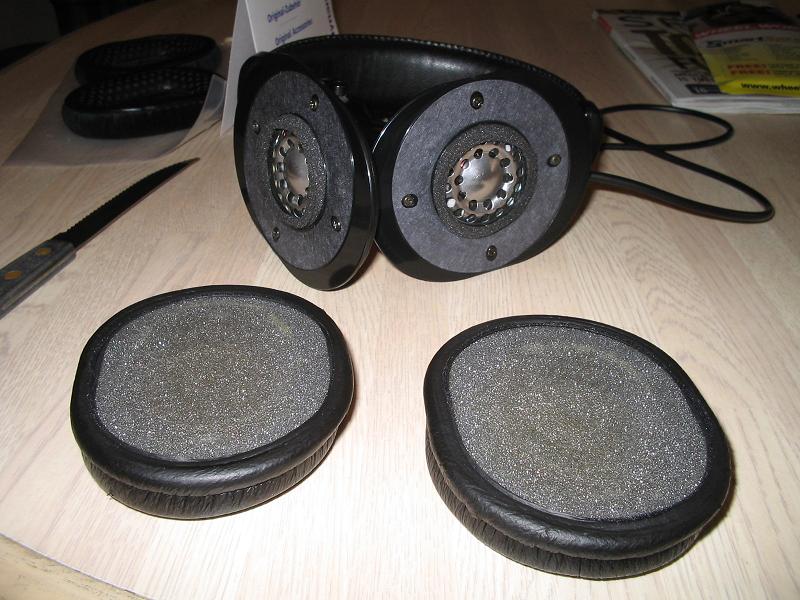 The next step is to turn the pleather pads inside-out so that it’s easier to remove the foam: 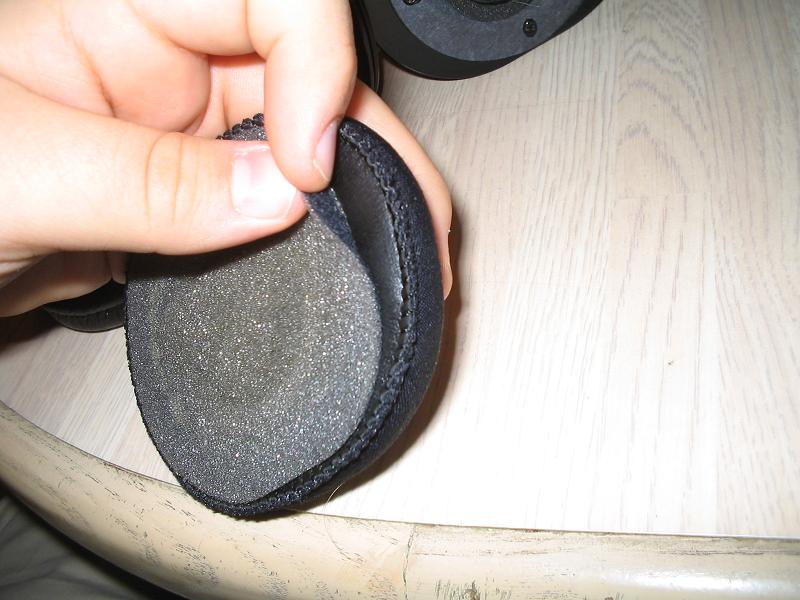 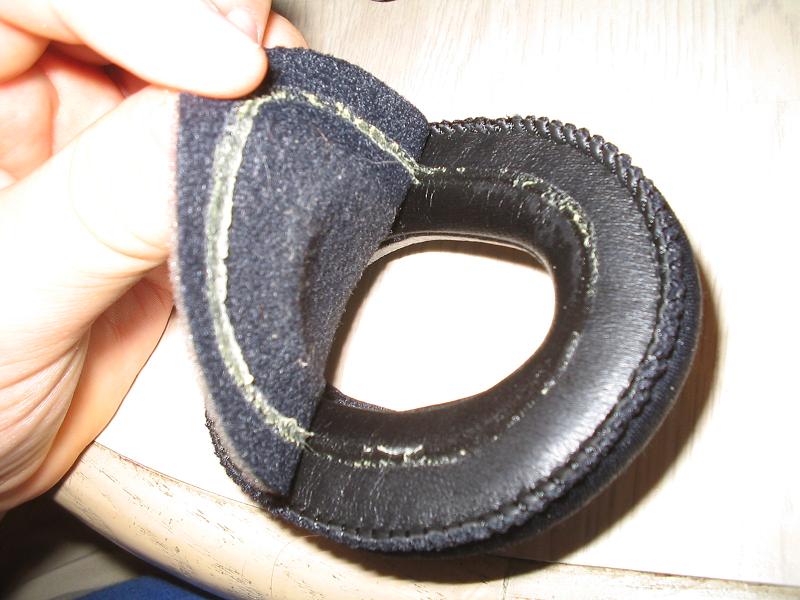 The glue wasn’t very sticky, about the same as rubber-cement, and it pulls right off with very little effort. I’ve heard people say the glue was so strong that it actually took a layer of pleather with it… well, my glue wasn’t anywhere near that strong, but maybe that’s because I’ve worn them for a year+ already? 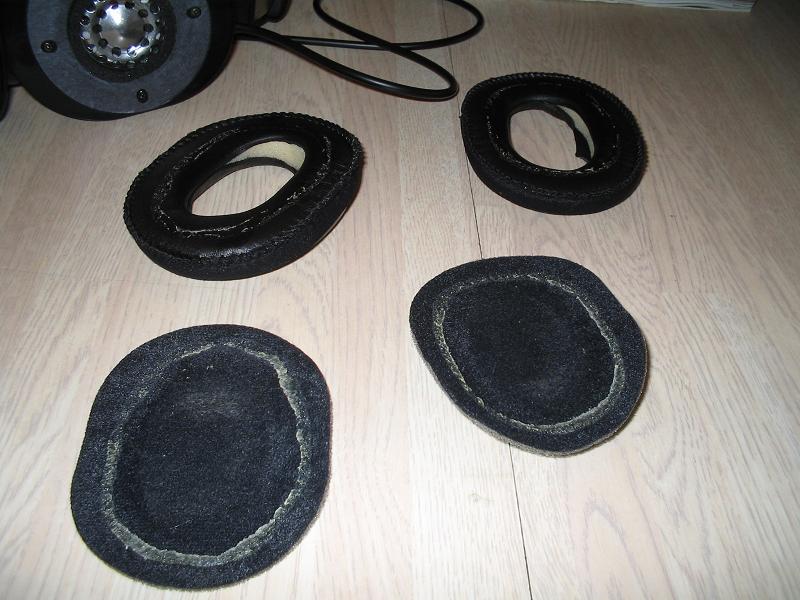 OK, you can see how big the foam thing is compared to the beyer pad, you just kinda have to work it under that flap. 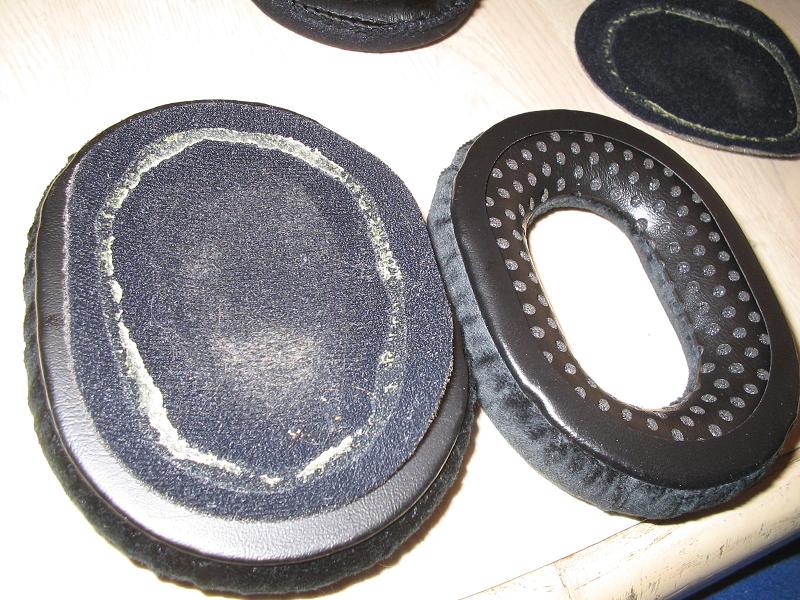 It goes in pretty easily, but honestly, after this point, the stupid f’ing foam things become the biggest pain in the ass of the entire process. 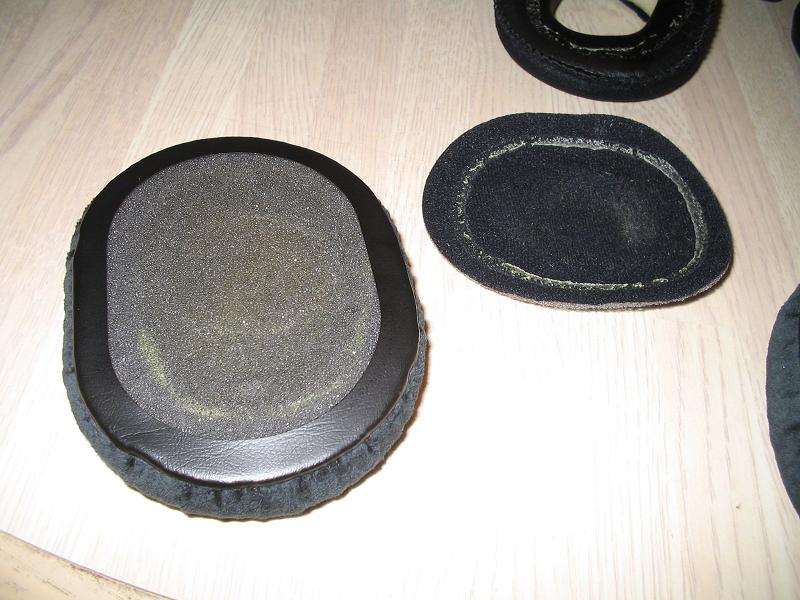 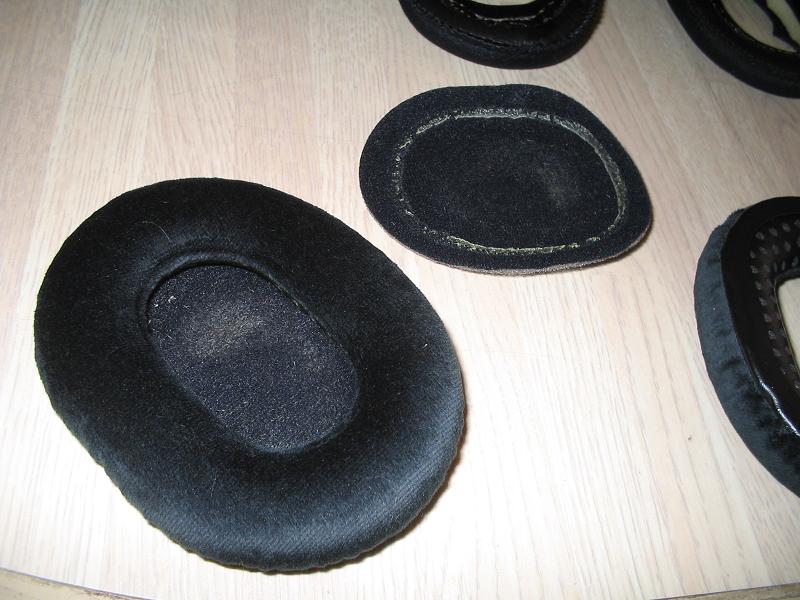 And done, well not really… 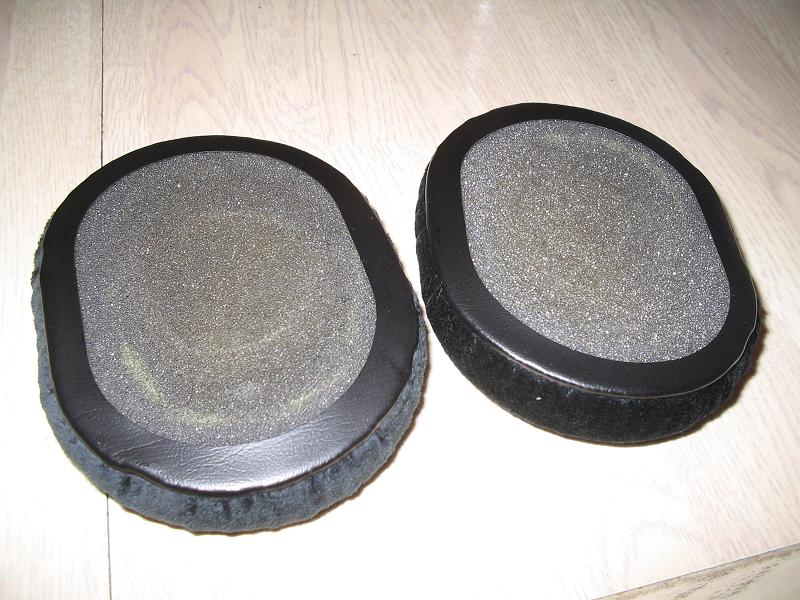 I don’t know why people were worrying about possibly damaging the drivers during the process, there is that fairly thick metal piece, and it’s not like your finger is going to go through one of those holes or anything. 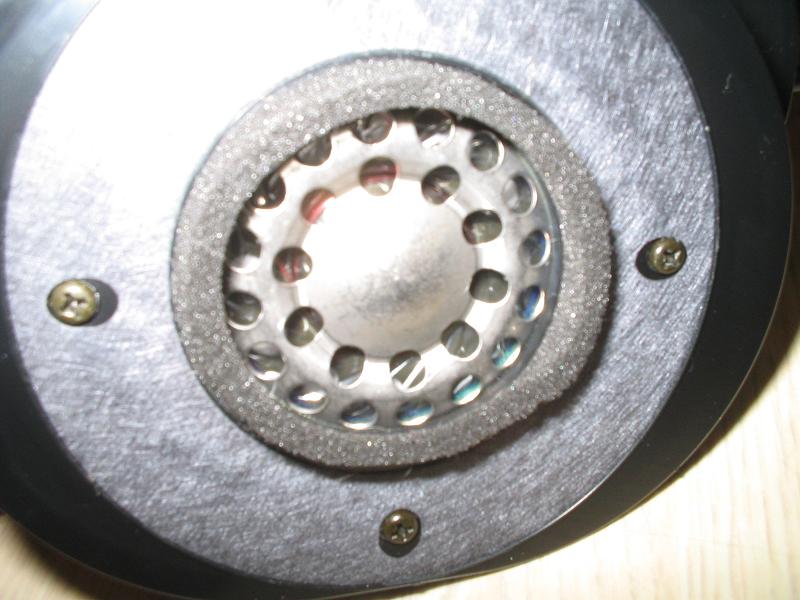 Start slipping it into that groove. 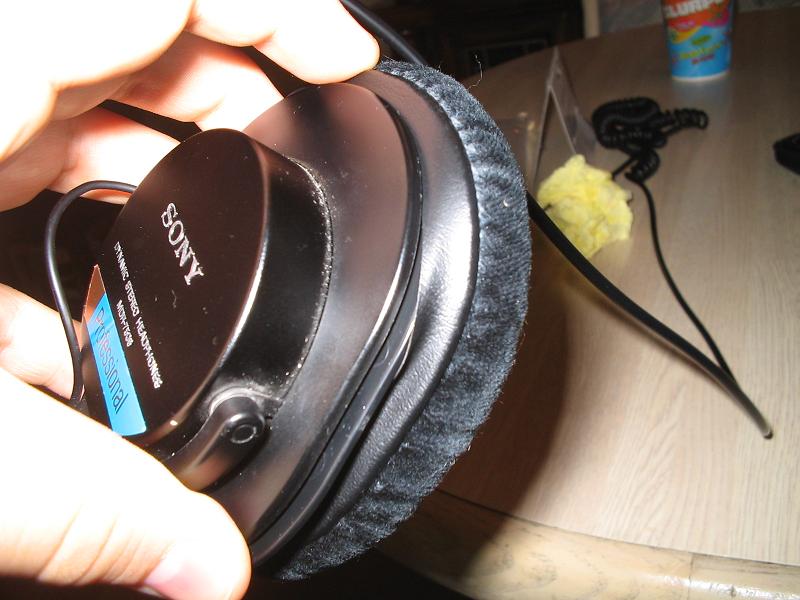 Ok, well first attempt = failure as those stupid foam thingies want to bunch up and stuff as you put the new pads on. 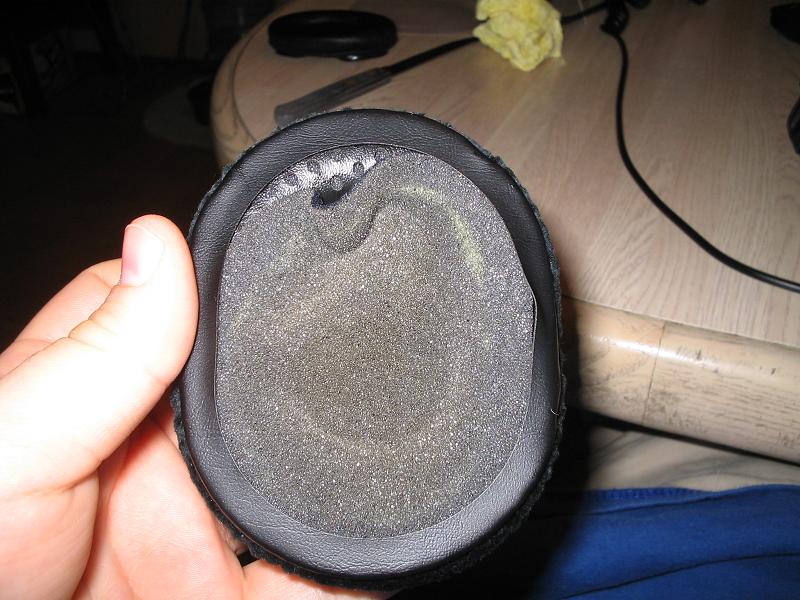 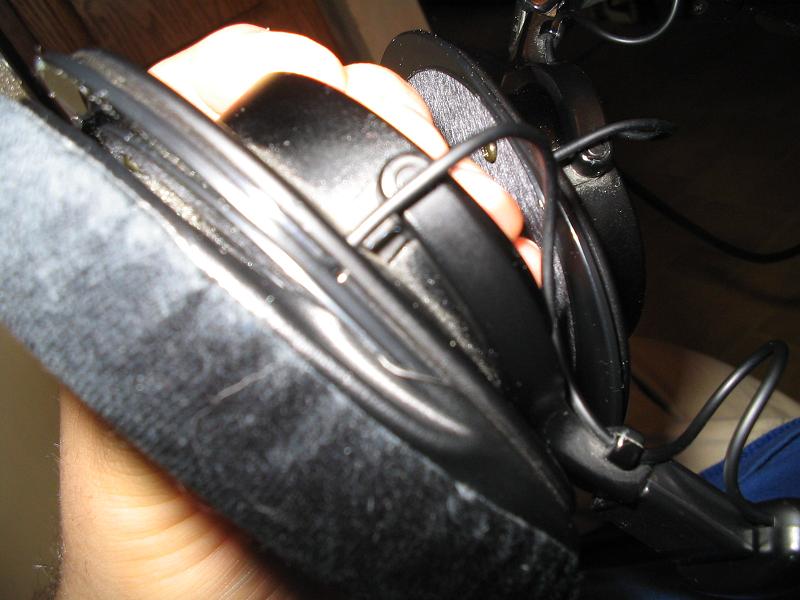 On some parts, I found it easier to pull the flap over the whole thing, then after that’s done, pull it back out slightly till it slips into the groove. 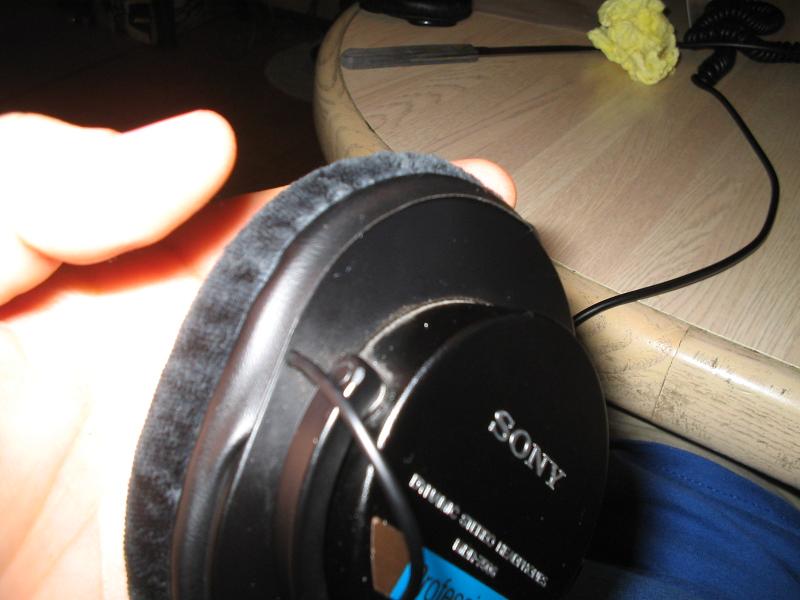 Mmm, k. Almost done, got the pad on but the foam thing bunched up again. Luckly, it was reasonably easy to work it back into place without having to take the pad off again. 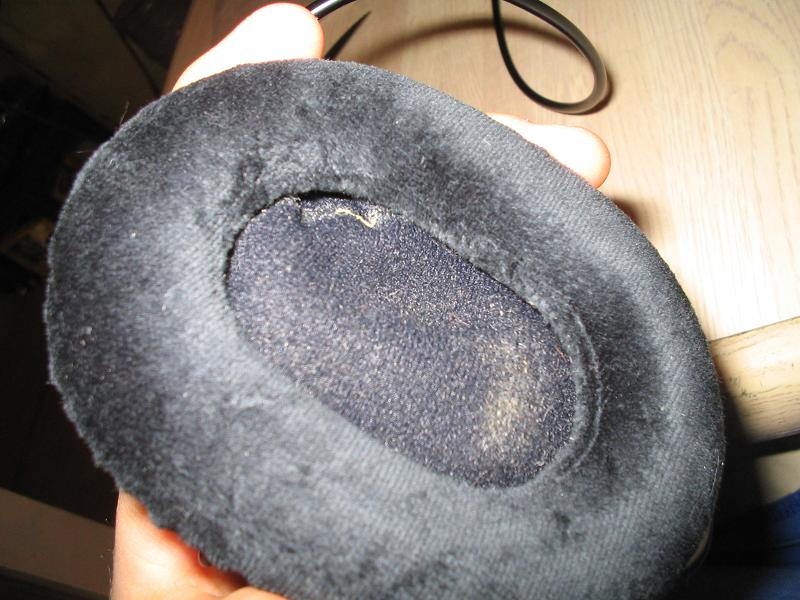 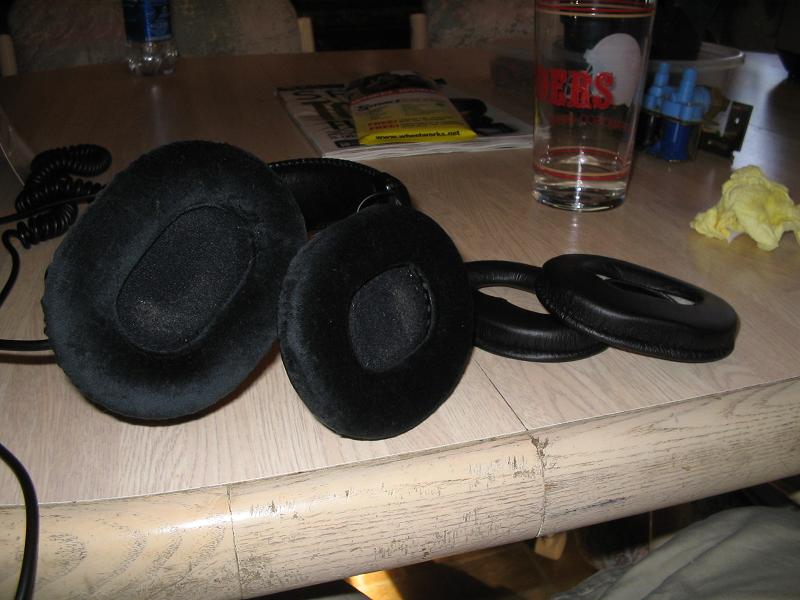 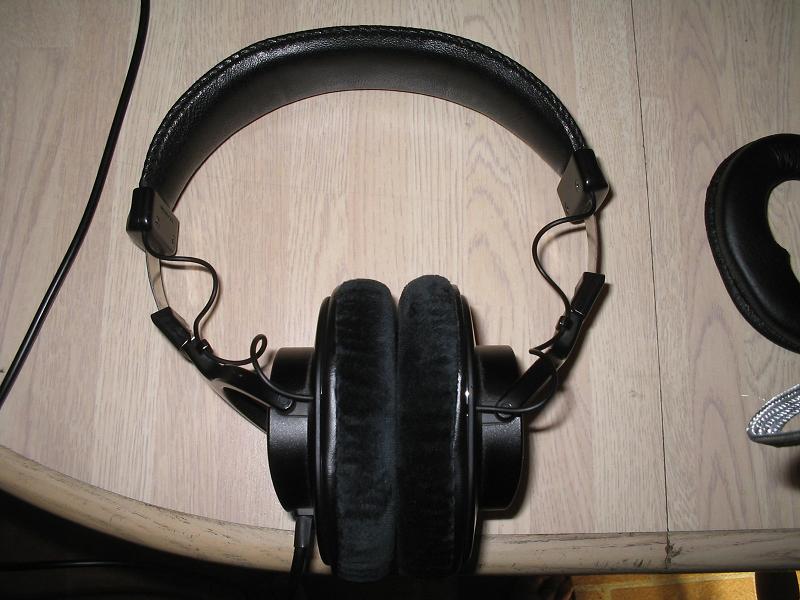 First impression is that the bass is louder, while overall the rest of the sound is just slightly more muted. The sound seems more “smooth”, whatever that means, heh. They are more comfortable for sure, but not really cooler like I expected. I don’t get that sweaty vinyl feeling, but I would even go as far as to say that my ears get warmer with these pads than they did with the pleather ones.
X-Fi Titanium -> TubeMagic D2 DAC -> Little-Dot II+ / Little-Dot I+ -> Beyerdynamic DT990-Pro/250, DT770-Pro/80, Sony MDR-XB700, MDR-XB500, MDR-V6

Sorry for thread-mining a bit, but I was wondering if this modification increases the depth of the phones. I don't mean the sound, I mean the actual physical distance from the drivers to your ears. One of my only complaints about my V6s is that my ears actually hit the drivers, which makes them uncomfortable to wear for more than an hour or so. Anyway, by the pictures, it looks like the Beyer pads are a little thicker, so if this is true, I'm going to be searching for these pads.

FYI, the link you gave said that they're out of stock.
head-fi feedback

compared to the pleather pads, how would the Beyer Pads fit?

Does each pad fit completely over your ears? or do they lay on your ears?

Member of the Trade: APureSound

GotNoRice: Take all that apart and wash those 2 old foam pads in warm water with soap so they nice, clean, and black again.

Great experiment, thanks! Do you (or anyone else) know where I can get original cover replacements for the V6? Mine are worn to shreds and I'd love to get like-new comfort. I tried calling Sony, but they didn't have a clue what I was talking about.

i have brand new pads if interested [i'm getting new 7506 headphones, and the first thing I'll be doing is the beyer pad replacement].

I'm at the part in the mod where I'm suppose to take out the foam piece on the pleather pads....

Thank you for the great pics!

This is the only good "how-to" you can find anymore on this subject... Apparently this is an old topic, but there don't seem to be many old answers floating around.

My Sony pads were also stitched on, not glued. I used a needle and a razor blade to carefully cut the stitching out without damaging the black backing piece. Eventually you get the right thread and it all unravels. Unfortunately, this also unravels the stitching on the remaining paddding, rendering them useless if, for whatever reason, you thought you might hold on to them (when I ordered everything I did not realize I would have to destroy the standard pads to make this work). I am glad I did not have to deal with glue though...

I will say that I am extremely happy with the new pads. They have effectively moved the drivers out a little bit further from my ears, where the standard pads were not thick enough and had the drivers resting on, if not pushing against my ears. Comfort went from 5/10 to 8.5/10. The sound seems a tad deeper and more rich. Highly recommended mod...

Hey, that's a great guide! Just done my V6's too.
The foam thingies were a pain too, but easily solvable. Just put a few thin strips of double sided adhesive tape inside the pads to glue the foam parts to them, and they're not going anywhere.
Cheers!

you should remove the foam rings attached to the driver.

oh ok
You must log in or register to reply here.