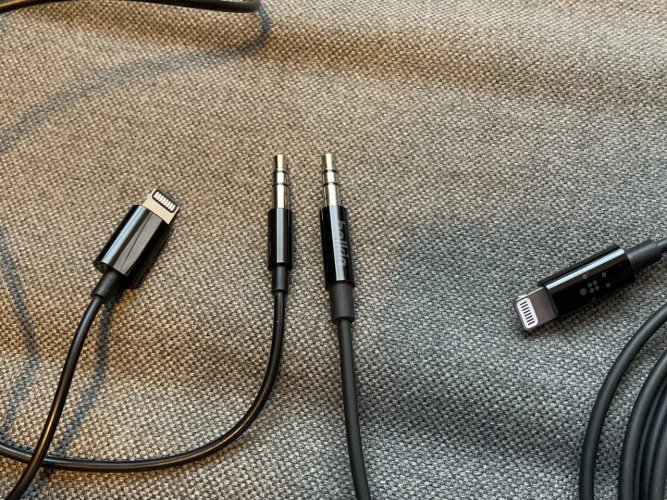 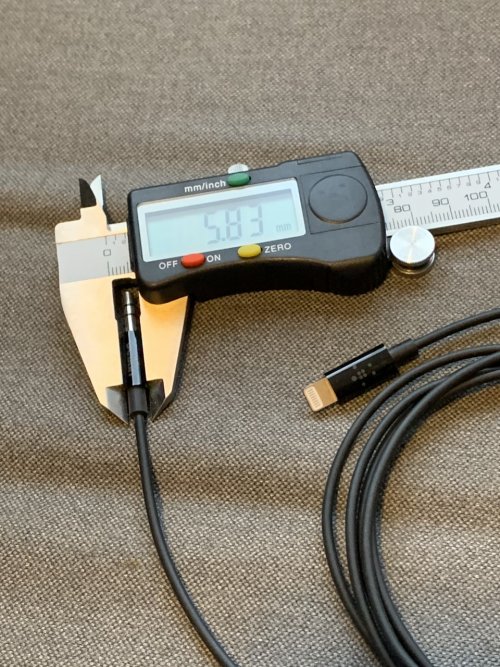 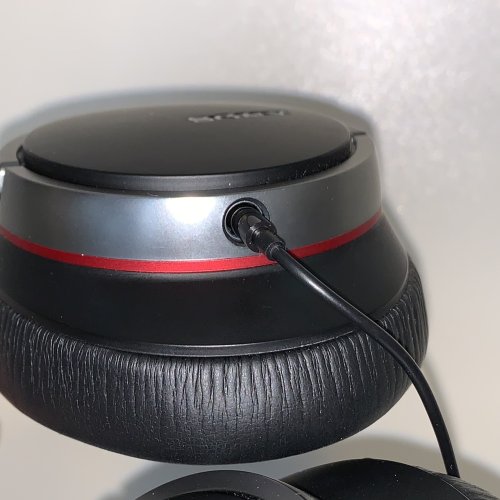 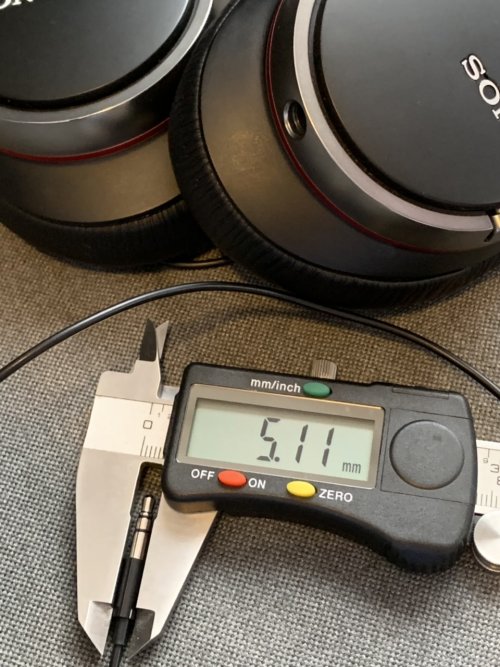 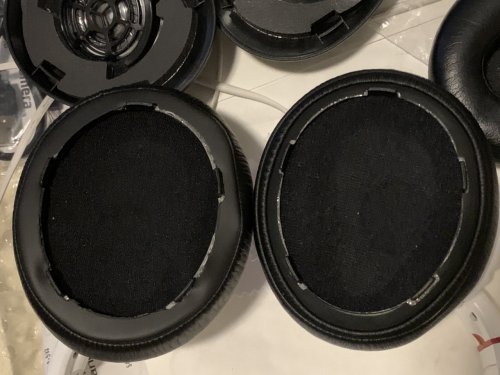 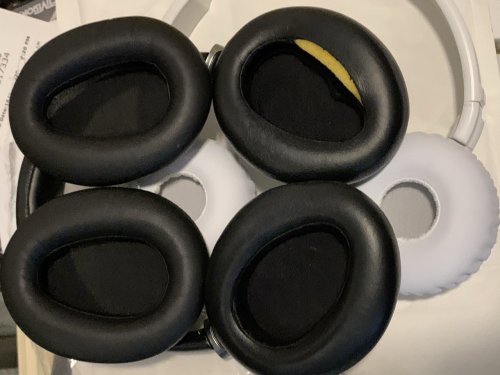 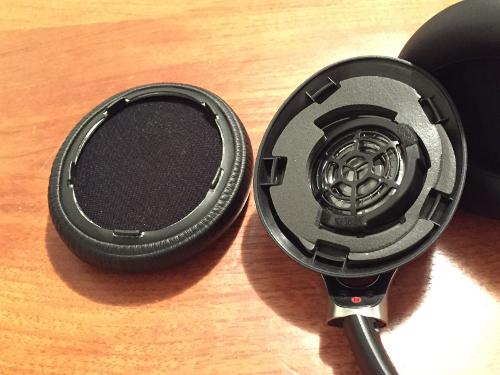 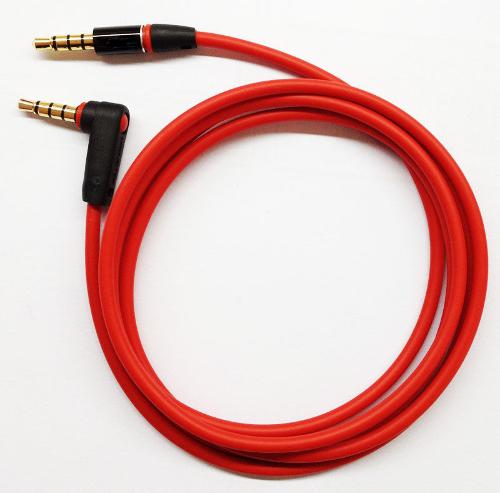 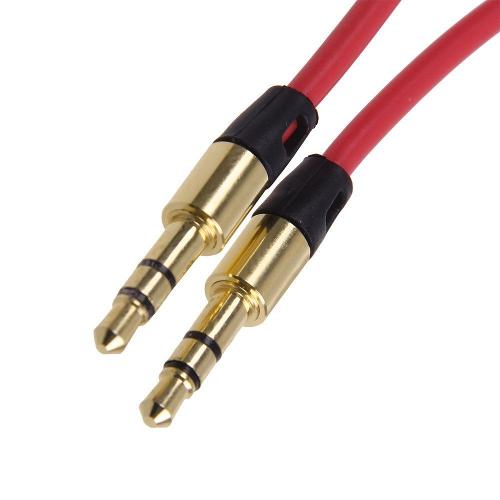 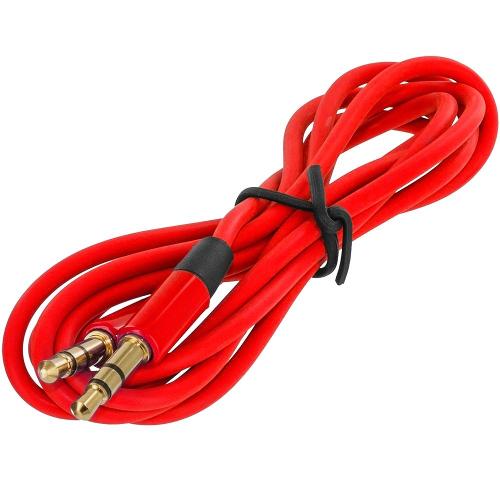 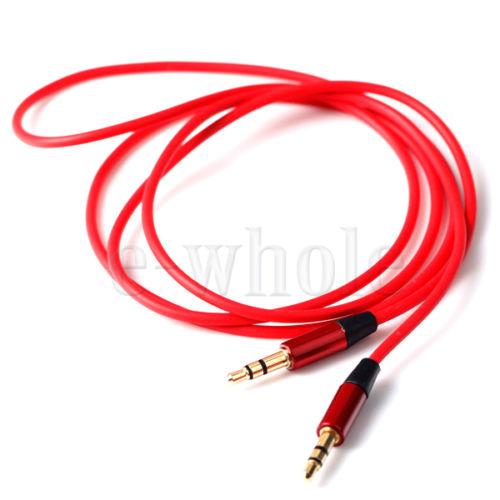 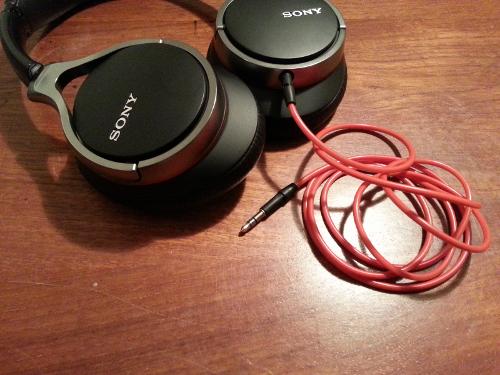 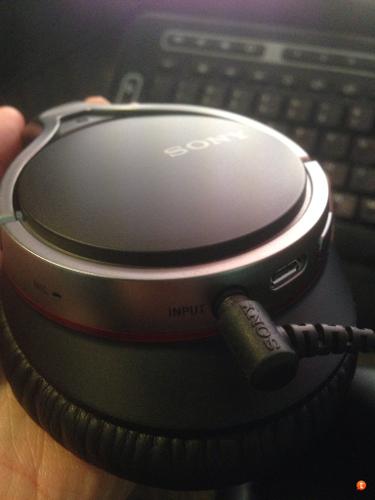 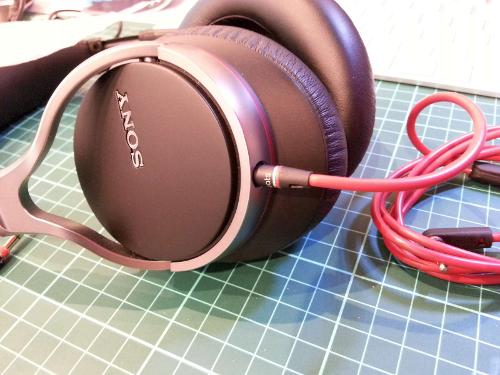 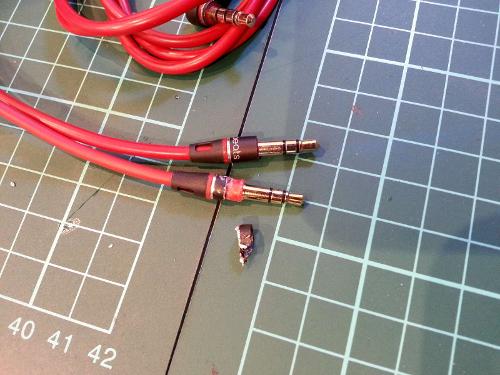 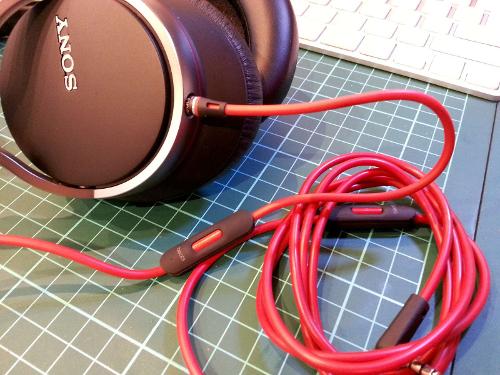 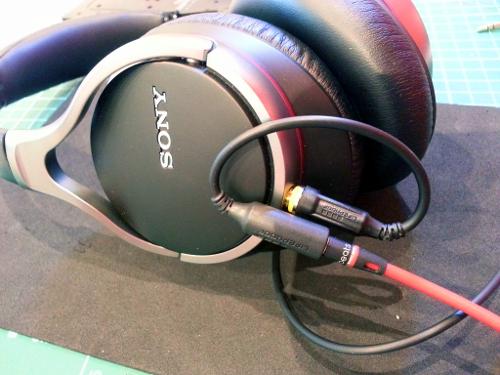 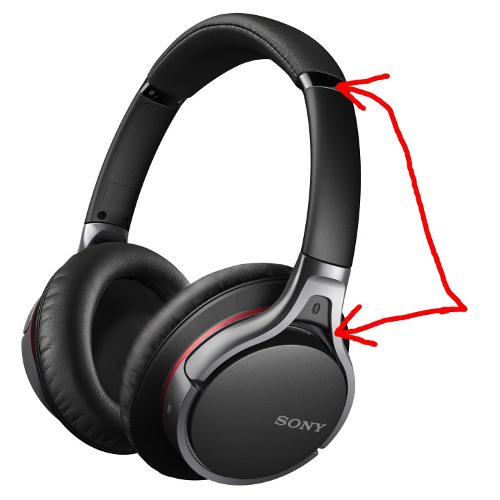 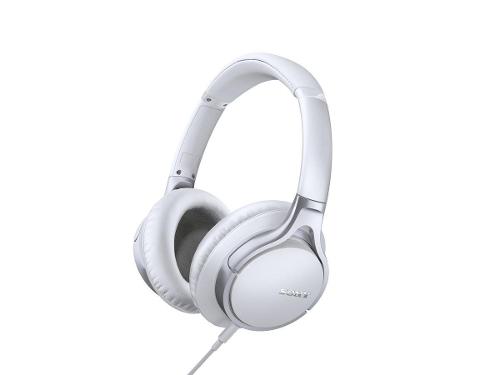 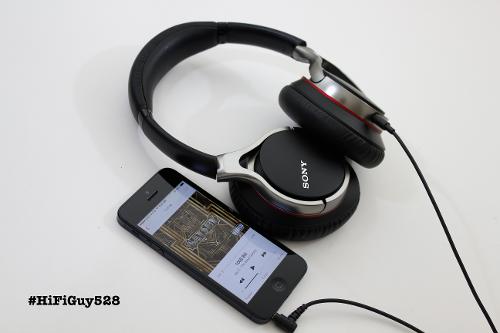 You are using an out of date browser. It may not display this or other websites correctly.
You should upgrade or use an alternative browser.
Sony MDR-10R Impressions Thread

Just saw these were on sale at Bestbuy and picked them up. So far I'm liking their sound for a closed headphone. I usually use Sony XBA4s directly from my Fiio x3 and while I find those more spacious sounding and with better instrument separation I get tired of having something jammed in my ear all day. I've only tries them for a few hours so far, directly from my Fiio and an iPod touch 5 and wouldn't recommend them to anyone who loves bass driven music, but for most of the bands I've been hearing they're doing fine. For 100 dollars I think they're a worthy addition. Sent from my HTCONE using Tapatalk

are good headphones sound good not many serious but you have are nice and secure better with use and time 100 is more than good and me look like a better option than the AE2 bose who are more baratosos and fragile and more expensive .

yet I can not find the xba-h1 in my country the h3 look great and second read the review are very good.

I see you have the xba-4 I only have the xba-1 and the sound is very good thought to change xba-2 but read that the sound becomes darker in them and that xba-h1 are a better option.

Anybody who's planning to buy the 10R, should do so quickly. Read somewhere that the $99 deal has ended, only the ones remaining in stock are going to be sold at that price. So tell anyone that needs them to make up their mind. Sony had even updated the price back to $148.

Would you guys recommend these over beats solo hd? The only reason I'm asking is because I was able to get some beats for $150 on sale from $220. The 10R's are $200 at the sony store. I haven't opened the beats yet so I can always return them. The biggest thing for me is comfort, most over-ear headphones I find I can't wear for a long time which is why I got the solos for on-ear.

In terms of comfort, MDR-10R>Beats Solo HD x10 due to it being circumaural vs supra-aural. Also the Solo HDs are quite small, so the headband will probably only comfortably fit people with smaller heads.

In terms of yoloswag and doof doof bass, Solo HD>MDR-10R.

I agree with everything vantt1 said. My wife has Beats but she likes a lot more bass in her music than me. If you just love bass it's going to go with Beats. Overall sound quality with regards to balanced sound and clear mids and highs I would give it to the Sony. It really is what you like. I would check what the return policy is from where you bought your Beats. Some places will take back an open set of headphones if you didn't like them. I've returned some to Bestbuy like that and have received 100% of my money back. In reality your ears should be the only ones to make this decision.

One last thing, in my opinion I would not recommend the 10r's for $200. It's just my opinion but I wouldn't. It's like my sony xba4's, I love them but I didn't buy them at MSRP. Hope this helped.

tylercaulfield said:
I agree with everything vantt1 said. My wife has Beats but she likes a lot more bass in her music than me. If you just love bass it's going to go with Beats. Overall sound quality with regards to balanced sound and clear mids and highs I would give it to the Sony. It really is what you like. I would check what the return policy is from where you bought your Beats. Some places will take back an open set of headphones if you didn't like them. I've returned some to Bestbuy like that and have received 100% of my money back. In reality your ears should be the only ones to make this decision.

One last thing, in my opinion I would not recommend the 10r's for $200. It's just my opinion but I wouldn't. It's like my sony xba4's, I love them but I didn't buy them at MSRP. Hope this helped.


Sent from my iPod touch using Tapatalk
Click to expand...

Yeah, let your ears decide, not Head-Fi. It's a good idea to ask about recommendations and stuff, but in the end, you're listening to them. Sound is subjective, and different people like different sonic qualities. I think the Solo HDs are fun as a toy, but I'd go for a proper headphone for general use.

I also agree that $200 is too much for the 10Rs. They were on sale during last Christmas at $103, soI bought them as my own Christmas present using a $50 gift card and only paid $53 for it. I even got a free Sony headphone stand that I never use!

One other thing regarding the Beats Solos; glossy plastic headband = recipe for a broken headband within 2 months, especially so since it's undersized. I own the original Beats Studios, and the headband broke within 6 months of daily use, regardless of the stainless steel internal headband. Since then I installed a second stainless steel band and now they're nearly 2 years old.

Just picked up a pair of these since I wanted something a little nicer for long listening sessions than my SR80is. Was pleasantly surprised, they are easy to drive, sound really good, and were only $150. Also, so much more comfy than my grados, and easier to listen to. My only regret is that I just missed the sale.

Ergonomics:
Oh boy, are these ever comfortable.  Very light, very soft, very comfy.  You could wear these all day long as so long as it isn't so hot outside.  These are definitely circumaural and not supra, unless you have large ears.  I really do wish Sony would take a cue from Sennheiser and go with velour earpads however.  They will trap heat inside like nothing else, especially when it's nice and hot outside (like here in Los Angeles).  The earpads on the level  of MDR-X10 comfortable, though not as crazy as that guy is.  However, it does remind me quite a bit of MDR-X10s in another fashion...

Construction and Accessories/Extras:
Not so much in the way of, though it comes with 2x 3.5mm M/M, one of which is the TRRS variety for universal smartphone use, the other is a standard 3.5mm TRS M/M.  So you have that option there, as so long as one of the M ends is suitable for iPhone (original type).  The carrying case is nice, but a hard case or a zippered case would've been much better, as the headphones feel quite fragile. As it has been noted in this thread many, many times, it's made of matte plastic, which isn't too much of a problem.  Sony's plastic headphones are of magnitudes more durable than most (say compared to Beats), but it does feel a bit light and flimsy.  One would be quite worried, and rightly so, if one had paid full price for these in terms of construction.   These are marketed as mobile, as there are not 3.5mm to 1/4" converter.  Odd that, but there you have it.

Sound, Initial impression:
Here's where it reminds me very much of the MDR-X10.  Very bloated bass, especially towards... 80-200Hz area.  Listening to couple of tracks on various mobile sources (iPhone 3G, Galaxy S3 and Galaxy Note), the 80-200ish hump is noticeable.  And the mids and vocals are quite recessed.  All of these has been noted in the thread so I'm waiting these to break in fully and see how they turn out.  I would like to try these amped, but I have a small feeling that amp'd won't make that much of a difference.  Pretty good when it comes to soundstage, but the extended to bloated bass kind of kills any sort of details that would've been noticed.  These right now sounds like a very slightly refined MDR-X10.  Not sure if that's necessarily a good thing however.

(Edit 1)
6 Hours in (with random music):
Bass is much more tamed, especially with straight TRS to TRS cable as opposed to the mic'd TRS to TRRS cable.  Vocals are more apparent and takes its place in the center while the flabbiness is toned down quite a bit.  So there's more of a balanced presentation.  Low bass is has a bit more impact but not in the X10 or Bass Flab kind of way.

(Edit 2)
15+ Hours in (with random music)
Not much change.  Bass tightened up from initially but not that much.  Mids and trebles feel like they are veiled further back.  I have enough for judgment.

Final impression:
These are the darkest Sony's that I've had the pleasure(?) of listening to.  Now, dark by no means is bad nor evil, but it's quite unexpected from Sony, who's sound signature has been balanced to bright.  The closest headphones that I could compare these to?  Probably Audio Technica's ATH-ANC7bs or the XBA1s.  .  But those are quite a bit brighter than these with more bass.  Even the MDR-X10s (not even in the same category of headphones to be sure) aren't quite dark as these.  This unexpected signature towards the dark side of things is why a lot of people give flak for these, I think.  This sound isn't what is expected from Sony.  If these had a different manufacturer or a different model number, they would probably be more regarded.  However, with the model number that harkens back to the nigh legendary MDR-R10s, it's just setting up for failure, or a big disappointment to say the least.

It's probably colored to fit the consumer/portable use, so that it's a bit of a jack of all trades master of none.  That is how I'd classify these cans.  They are good for what it is, and if the users did not use other mid to high level headphones (or their only exposures are from Beats or the ilk), then they'd see this as a "premium" set of headphones.  At this price, though, there are better alternatives.  And I think you know most of those alternatives.
Team Meh.

Unfortunately, InnerFidelity hasn't posted a review of these. Anyone have a comparison of the 10R with the 1R, or the 10RBT with the 1RBT?

Larger, sturdier build
Spacious sound
Sound has clearer and well defined mids and highs
Flatter response overall
Headphone jack is not "proprietary", can use many other cables
Silent silicone-lubricated hinges

Other differences:
When worn the right way around your neck, the 1r's earcups rotate outwards with the cushions facing upwards, while the 10r rotates inward to show off the nice design.

BGR Contributor
You must log in or register to reply here.