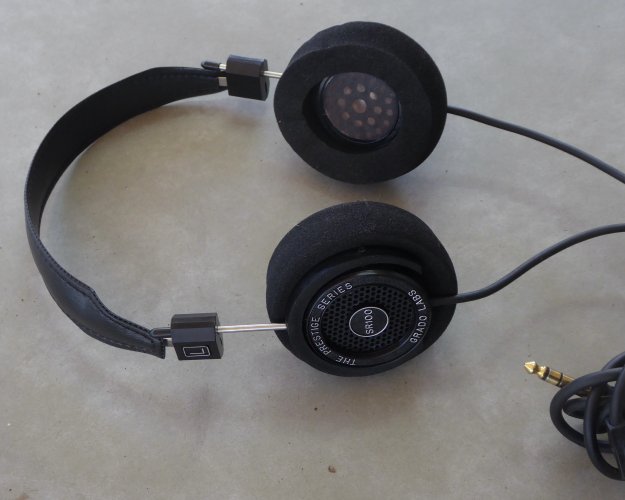 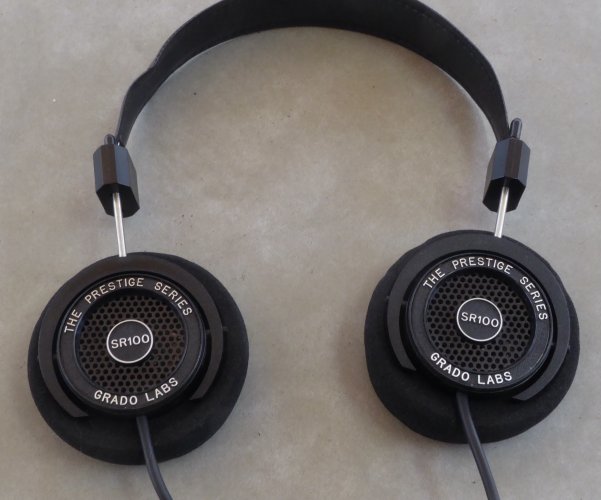 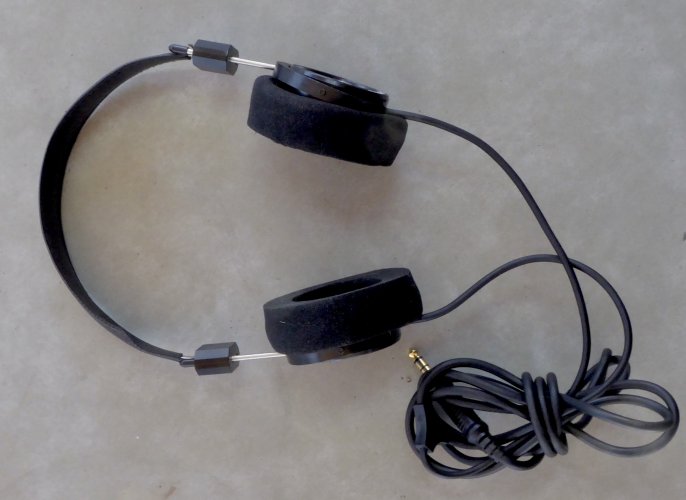 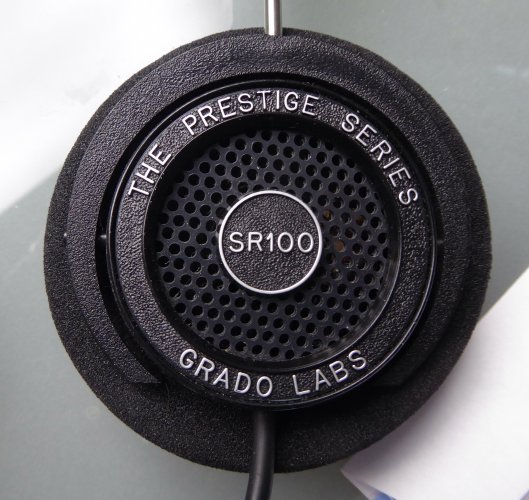 You are using an out of date browser. It may not display this or other websites correctly.
You should upgrade or use an alternative browser.
SOLD Grado SR-100 headphones

Type
For Sale or Trade

did some research on these and they appear to now be rare and a collector's item. this from the "Grado SR100" forum thread:

"There are two types of SR100 -or three if you consider the ones with red lettering a different type.
SR100 belongs to the first generation of SR series that came out when Joe Grado was still part of Grado Labs. It was their attempt to sell a cheaper version of Grado headphones to the mass public for domestic use, unlike the HP1000 which was made for studio monitoring. Some HP1000 drivers that did not make the grade for HP1,2 and 3 were used for the SR series in the early day before John got his own drivers.
SR100 with HP1000 drivers share the same sound signature with the SR200 and HP1000. They have the wider headband and most of them have red lettering.
The ones with the John Grado drivers have the "fun" boggie sound you described. My pair sounds similar to SR80 and 125 but slightly more mellow and less forward. They are collectors' items so it really depends on how much the buyers are willing to pay."

i have been informed that these do not appear to be the HP1000 drivers.

sincere apologies to those who responded to my original half-baked listing yesterday - i am sorry. it is very hard to price these at this point - i dont mind having them sit for a bit for the right buyer.

Did you get my pm?
Reject common sense to make the impossible possible!
My Archived Feedback

I think andres realized he might’ve undervalued item. There are also these pink 125, but like andres I dont know exact driver pedigree.
Last edited: Mar 2, 2021

now sold - thanks for the interest everyone
You must log in or register to reply here.