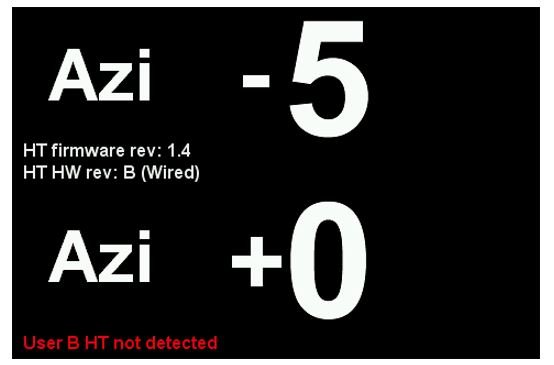 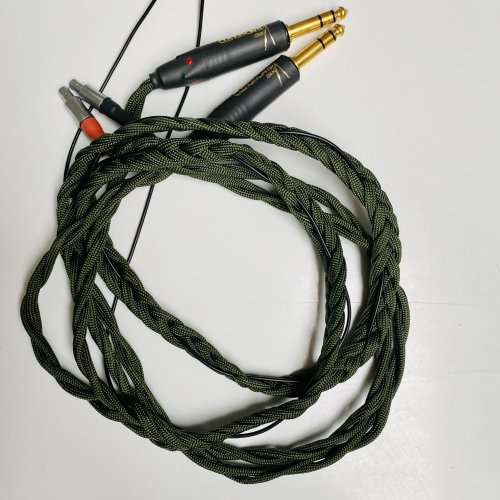 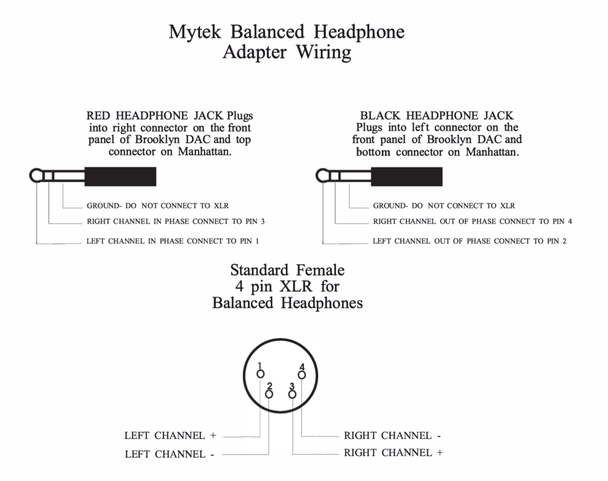 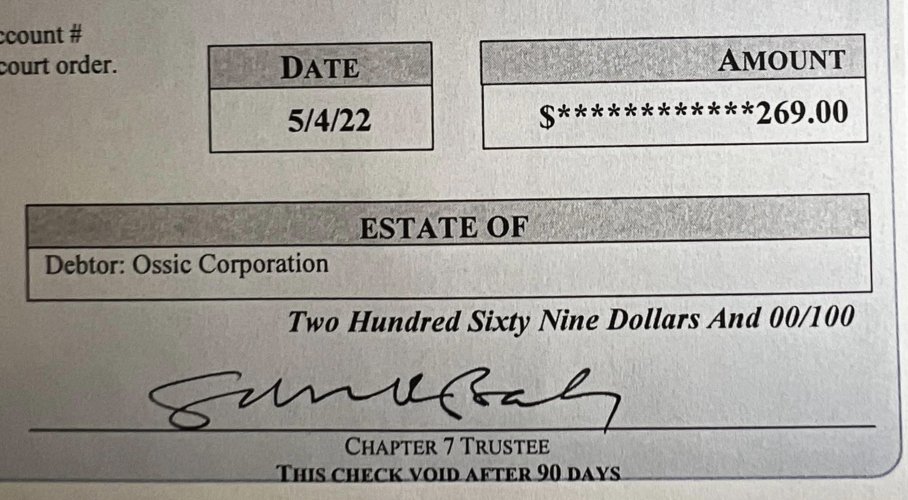 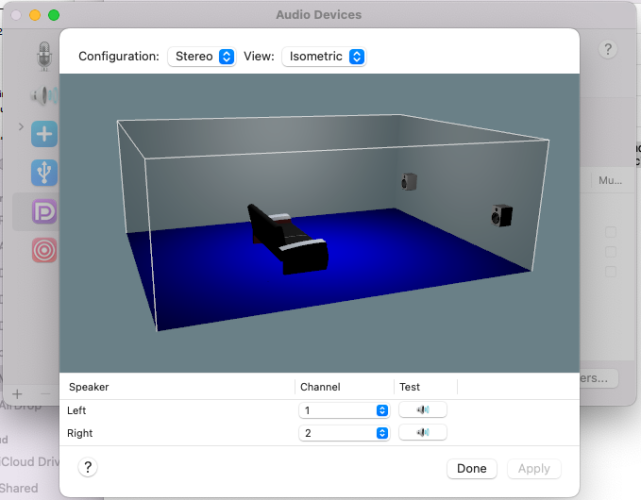 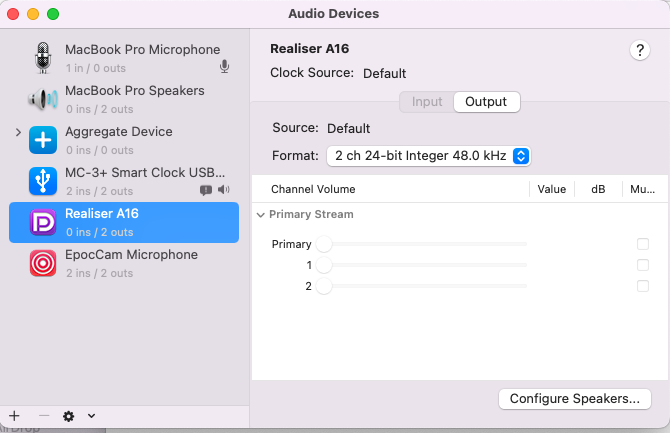 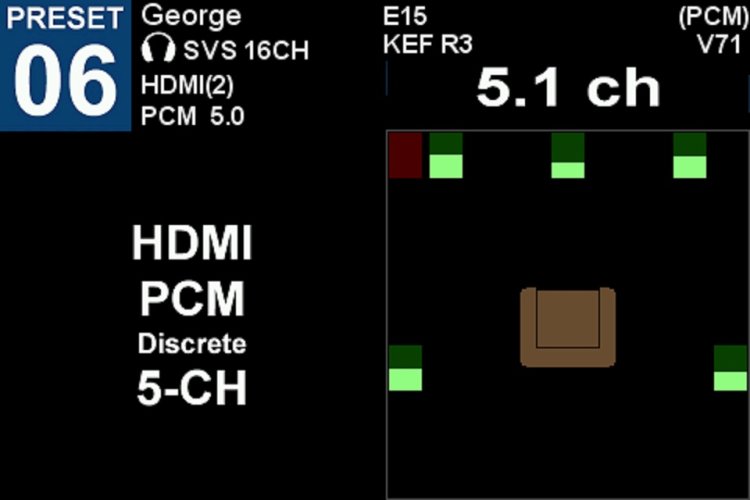 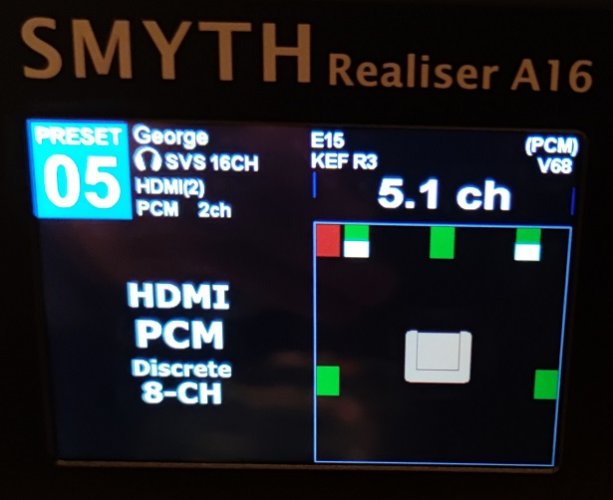 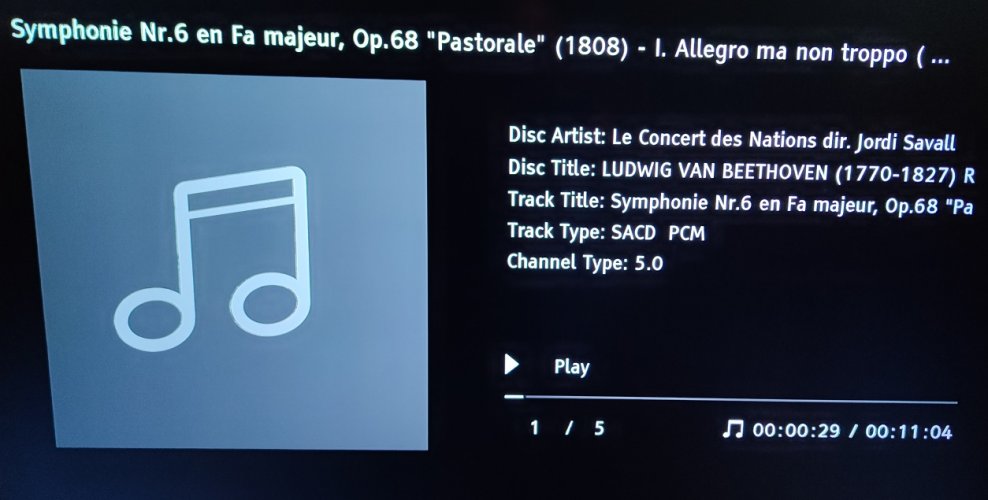 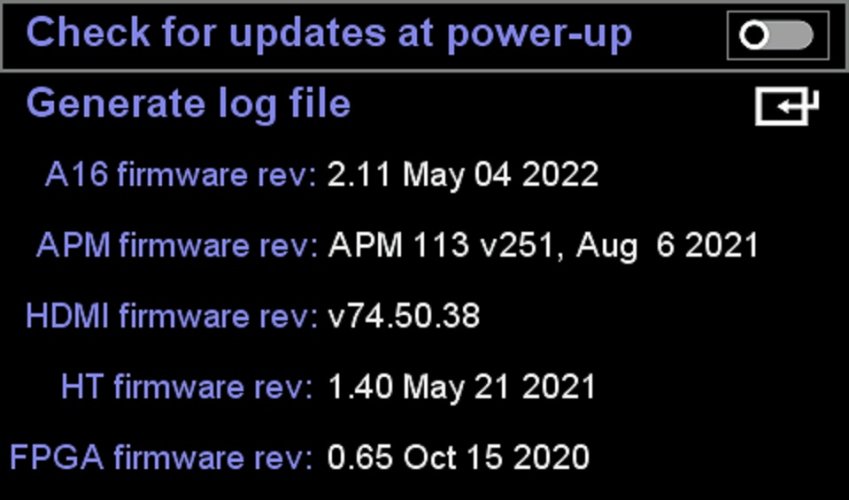 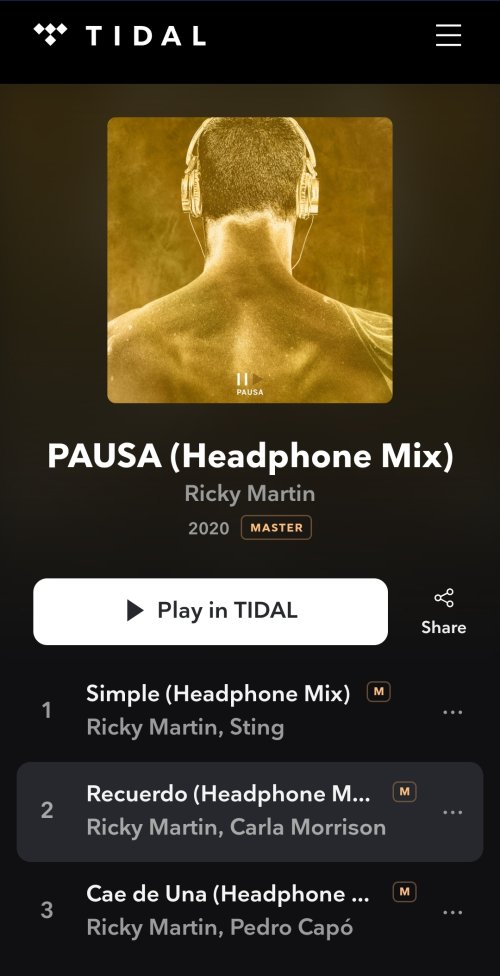 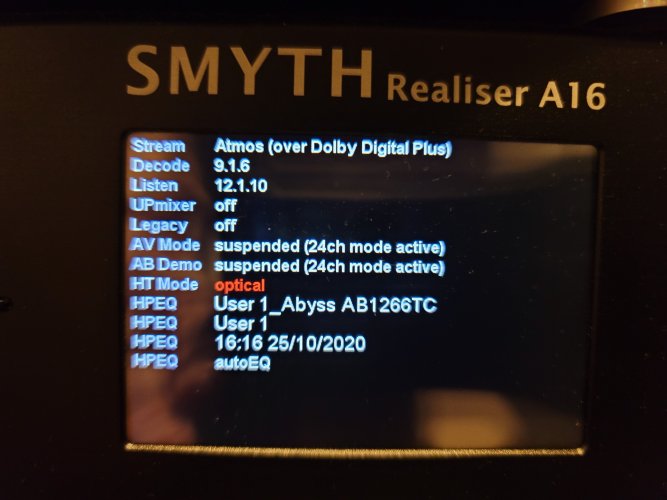 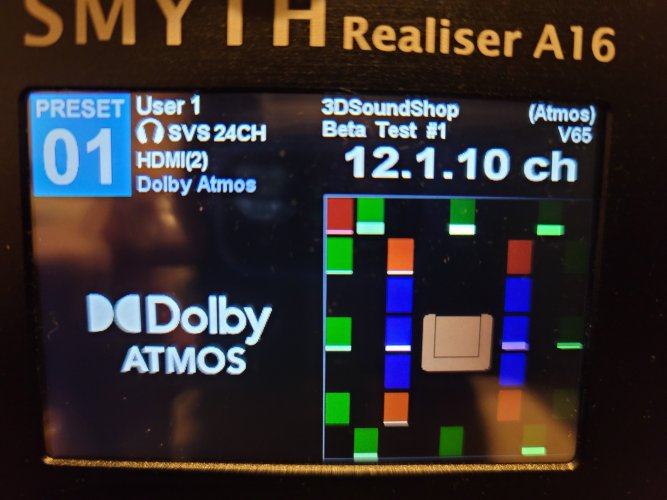 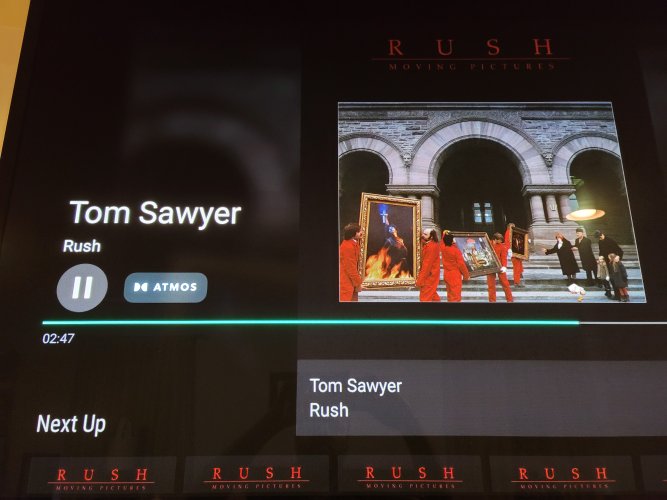 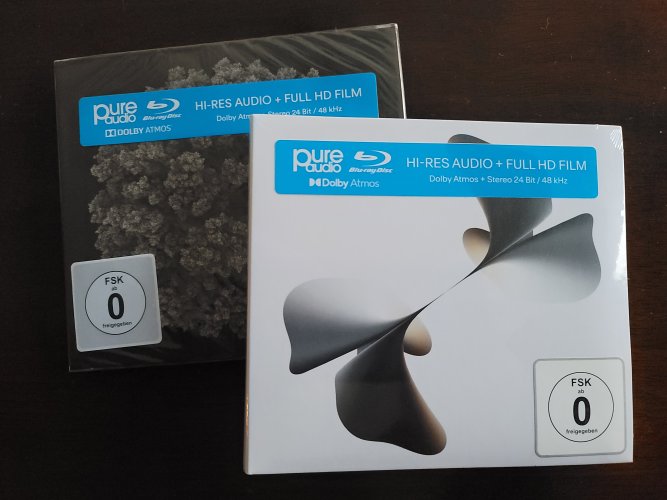 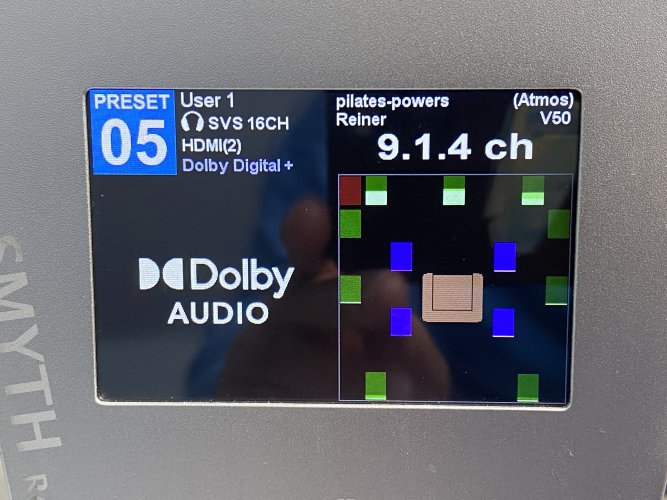 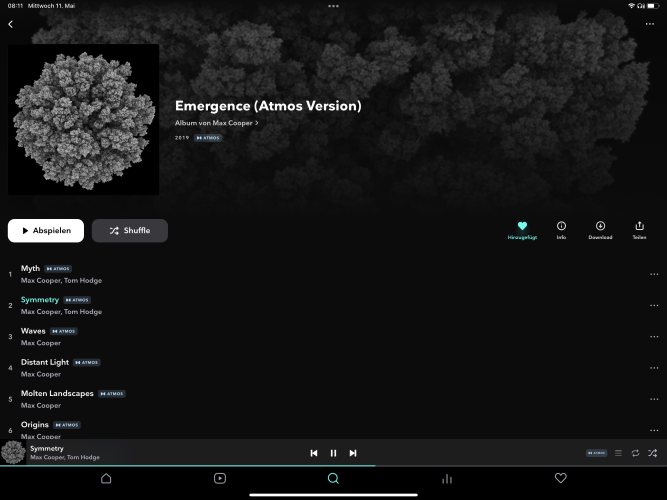 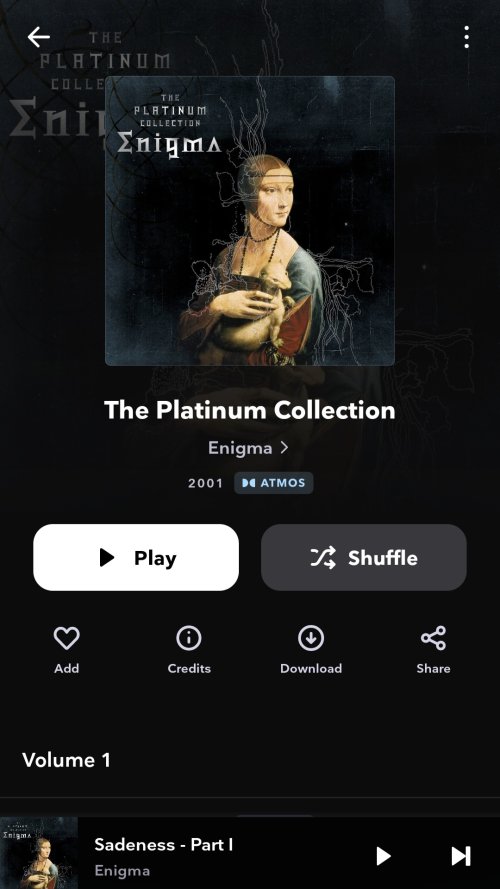 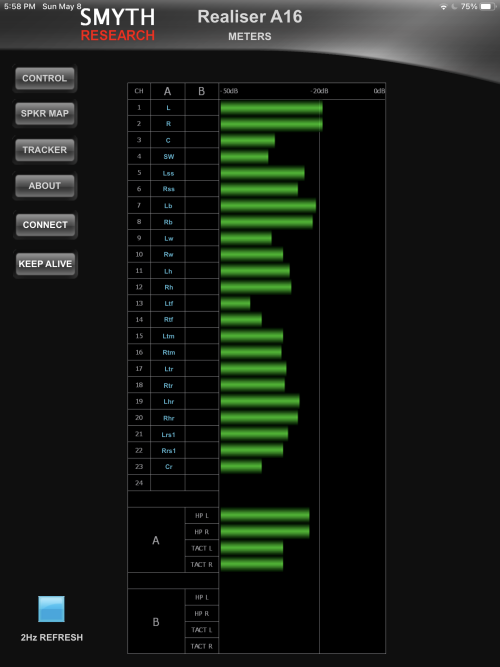 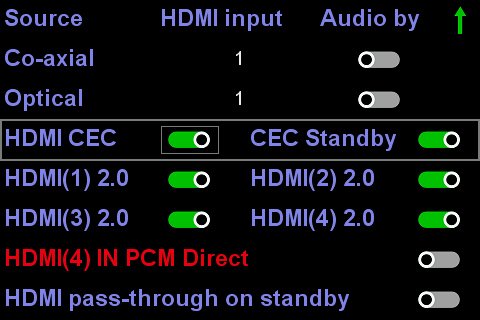 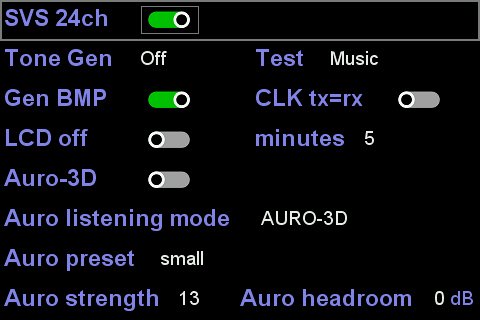 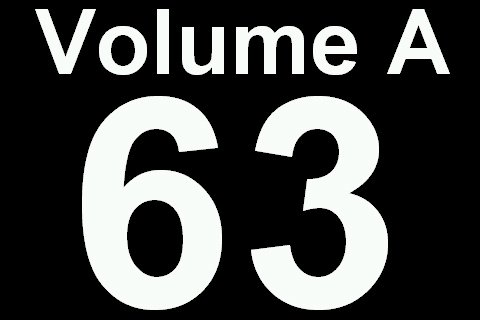 See full thread gallery...
You are using an out of date browser. It may not display this or other websites correctly.
You should upgrade or use an alternative browser.
Smyth Research Realiser A16

The SubPac control box has a built in low pass filter already, works very well as long as you can have 2 separate outputs, one for the headphones and one for the SubPac, and you can balance them out manually. To me the SubPac LFE never felt artificial if balanced out properly, it actually feels very musical, it doesn't just produce rumbles, it produces punches physically like how an electric bass or a kick drum would.

I was standing right in front of a massive PA speaker last week when the music was blasting away, the bass woofer didn't just pound my heart, face and throat physically, it even blew my hair up, which the SubPac can never ever do, so I doubt it can ever produce 'too much' LFE compair to real speakers even at maximum level.

Well, now I know why I had no problem with the SubPac coloring my enjoyment of the mids.

In all fairness, I don't think you can compare any home audio set up with the bass performance of a massive auditorium's PA system.

In our case, the objective in the acquisition of the A16 is to "transport" our 9.2.6 HT audio installation we have at home, into a remote "vacation" location.

Now the x.2.x context of this installation are 2 SVS PB13 Ultra subs, though the planning of the use of SubPac S2s with the A16.

I paid the $700 deposit and got a receipt from PayPal, but not heard anything from Smyth-Research. Anyone had different experience to mine?

danz03 said:
The main problem I find with the SubPac products are their amps. I'm not a big amp person myself but the SubPac headphone amps are really terrible, even my iPod nano's is a 100 times better; they are hissing and low quality sounding. So it helps if you have a headphone amp that have 2 headphone outs and you can have one for your phones and one for the SubPac. Hope it helps.
Click to expand...


According to the manufacturer: "The SubPac passes audio through to the headphones without adding or subtracting signal.  It does not act as an amplifier.  Keep this in mind when placing it in the signal chain."

Maybe your unit is degrading the signal even though it is not amplifying it.

Here is the link.
https://subpac.zendesk.com/hc/en-us/articles/204475045-I-am-an-Audiophile-and-would-like-to-connect-to-my-high-end-headphone-amp-what-are-the-best-practices-in-this-case-

It also states: "The SubPac is matched for headphone impedances 32ohms and under, which pairs it with the wide majority of headphones on the market.  For higher impedance headphone users the best practice is to split the source signal to the SubPac and use a dedicated headphone amp."

danz03 said:
I paid the $700 deposit and got a receipt from PayPal, but not heard anything from Smyth-Research. Anyone had different experience to mine?
Click to expand...

You should have also gotten an email from Kickstarter that confirms the amount you pledged. It starts:

Thanks to you and 329 others, Realiser A16: real 3D audio headphone processor has been successfully funded.


I did not get any email directly from Smyth other than the project updates.

Hi, maybe this is only something I have not understood, but maybe not.
So, when I read about Dolby Atmos, one of the advantages seems to be that none of the existing speakers of the setup needs to be placed at a special place, as long as there are enough speakers at the front, side, back and ceiling the Dolby Atmos measurement will be able to use the setup for their object based format.
Now when using the Smyth Realizer A16 does the Dolby Atmos implementation in the Realizer also is free in the sense it doesn't care where exactly the speakers are? Or does the Realizer for the Dolby Atmos measurement process looks for very specific placement of the speakers and only then he accepts the measurement and can meaningful use it.
I came up with this question when looking for Dolby Atmos studios in Germany where I could do the measurement. The Dolby Atmos setup in the different studios does not look the same and there where more than 12 channels. So when I remember correctly the Realizer A16 can only replicate 12 channels.
Here is and example of the homepage of one of the seldom studios in Germany doing Dolby Atmos How would a measurement process be done in this studio setting?
Am I missunderstanding something?
Smyth Realizer backer #98

This might be hard to explain, but I'll try!
Both Dolby Atmos and the Realiser (should) use a microphone during setup to analyze a performance. This only needs to be done during setup, and Atmos' setup process would have figured out how to indicate positional angles before you would begin setting up the Realiser.

Think of channels as directions, not as speakers. Dolby Atmos can have MANY speakers, while headphones have two speakers, so for our purposes the quantity of speakers isn't very important. What is important is directions. Atmos receives raw positional coordinate data, and because it understands where the speakers are located Atmos computes which blend of speakers to activate in order for the audience to perceive sound coming from a particular direction. Atmos does this live instead of pre-encoded to a certain number of channels, because that's the only way it can account for a custom quantity of speakers as in your German theater example.

The Realiser "says" to the theater with Atmos, "Ok, great, now that Atmos has figured that out, play sounds from these 16 directions I tell you and I'll record what that sounds like in the ears of my owner, my audience of one." If I recall correctly, the A16 was named that because it can replicate up to 16 channels, not 12. So, when you bring the Realiser back home or wherever, the Realiser "looks like" an evenly placed 16 speaker-channel Atmos setup to your Atmos source.

Now, a completely object-based audio format from start to finish (like OpenAL, used in some PC games like Unreal Tournament, Bioshock, some of the Battlefield games, but unfortunately seems to be dead now) with PRIR customization would be the ideal holy grail in my opinion. The vast majority of content just doesn't output sound that way right now, so the Realiser is the next best thing, and it's fully compatible with legacy 5.1 and stereo content. Some day, full Virtual Reality may change that, but for now the Realiser still creates a convincing virtual theater experience.
Evshrug's "If I Knew Then What I Know Now": a reference and discussion journal
"My ears know that my eyes are closed" -- "Group Four" by Massive Attack​

To coin a term, the Realiser is a Virtual Theater device, or VT! I do hope that someday VR systems become more open and let Smyth make a VR audio product.
Evshrug's "If I Knew Then What I Know Now": a reference and discussion journal
"My ears know that my eyes are closed" -- "Group Four" by Massive Attack​

@Evshrug
Thanks for the answer

Just received an answer from Smyth via the Kickstartet platform:

Hi Reiner, yes, it is a bit confusing.
In theory, audio objects can be rendered to any location - and therefore any speaker layout should be suitable for rendering Dolby Atmos (or DTS:X). In theory the rendering engine would receive the spatial data concerning the locations of each loudspeaker, and would then render all the audio objects to those speakers.
In practice rendering is a computationally intensive process, and therefore most implementations (including the A16) render Dolby Atmos and DTS:X to pre-determined speaker locations. Dolby lists 34 locations that can be used for consumer applications, and most implementations use a subset of these - normally 16 locations. I think Trinnov allow access to all 34 locations. DTS:X is likewise restricted. In practice therefore the positions of your actual speakers are ignored by the rendering engine - you need to move your speakers to the locations that the rendering engine understands.
However one point to remember is that these restrictions are only due to processing limitations in the hardware rendering engine - as processing hardware improves the rendering will improve also and, in the future, rendering engines may even request speaker position coordinates. The actual audio tracks on the video disc don't need to change.

In the A16 we will be trying to match the audio signals to speaker locations in each Preset. If a match cannot be made the audio signal may be muted. The idea is to make sure that the LEFT signal is only heard from the LEFT virtual speaker. Now of course some speaker locations are not so obvious - in fact LEFT can also be labelled as LEFT FRONT or FRONT LEFT - so there will be aliases for these labels that we'll try to match also. Essentially the user will assign one or more labels to each virtual speaker that describe it according to different immersive naming conventions. If any of these labels match then the speaker will be used.
There will also be a much more basic mode where matching is simply done in order ie the first received signal goes to the first virtual speaker etc etc, and no label matching is done.

So, to try to answer your question, the Realiser will try to match the names of the audio signals with virtual speaker names - it won't be comparing angles or anything like that. During the PRIR measurement stage the name of the virtual speaker will be added to the measurement data.

The Realiser A16 can virtualise 16 speakers - that's the current limit of the hardware. If you take measurements in a studio that has more than 16 speaker locations then you have two choices. Either pick the best 16 speakers to measure (eg locations suitable for consumer use) or measure all the speakers (16 at each time) and then, in the Realiser, select which speakers you want to use within a Preset (max of 16 speakers). The preset can select individual virtual speakers from different measurements.

It's been nearly a week now, definitely no emails from kickstarter or Smyth, just the receipt from PayPal, probably will have to write to them. I did get the email telling me about the pre-order though.


vandyman said:
You should have also gotten an email from Kickstarter that confirms the amount you pledged. It starts:

I did not get any email directly from Smyth other than the project updates.
Click to expand...

Here is my answer:

@Smyth
Wow. Deeply impressed regarding the answering time and also the answer itself.Thank you so much!
I still try to get together the different bits and pieces and I am sure the confusion is only in my head.
In Paris you did the measurement with very specific loudspeaker settings. How did the internal Dolby Atmos of the A16 knew where the speakers stood? Or the other way around, you wrote
"In practice rendering is a computationally intensive process, and therefore most implementations (including the A16) render Dolby Atmos and DTS:X to pre-determined speaker locations." So did you select somewhere in the Dolby Atmos settings in the Realizer A16 which setup you would use.
So regarding the possible measurement with one speaker, where I would turn myself on a chair and the correct angles would be set by the SVS Headtracker unit, I would also select a certain Dolby Atmos setting?
And from the third perspective: "If you take measurements in a studio that has more than 16 speaker locations then you have two choices. Either pick the best 16 speakers to measure (eg locations suitable for consumer use)."
So I would select the sitting position and speakers which fit the Dolby Atmos pre-determined speaker locations for consumer applications?
Sorry for these detailed questions. Best, Reiner
Click to expand...

Smyth Realizer backer #98
You must log in or register to reply here.