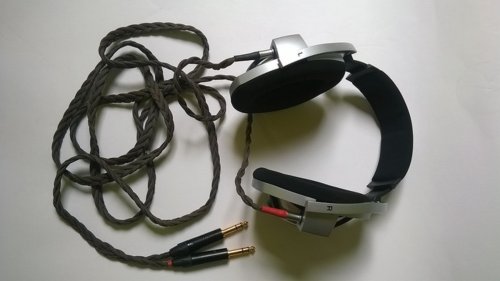 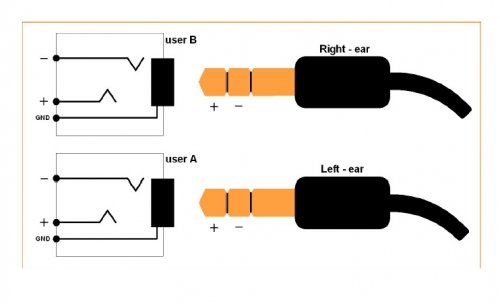 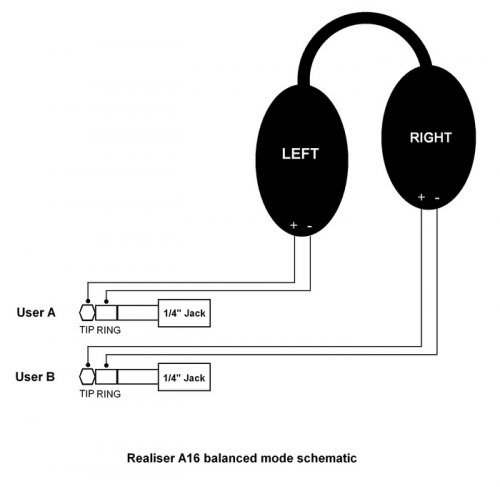 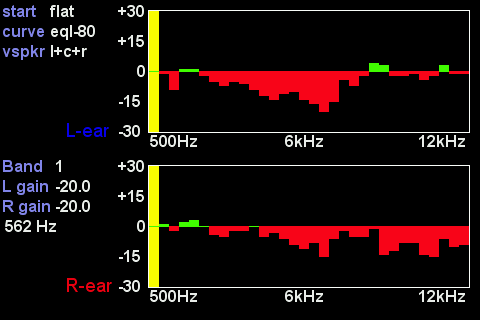 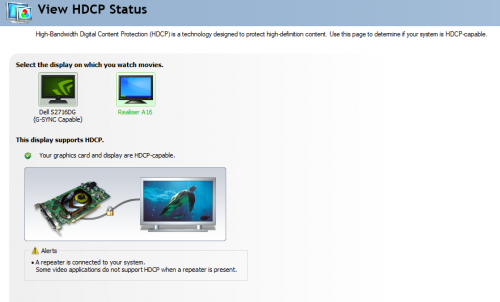 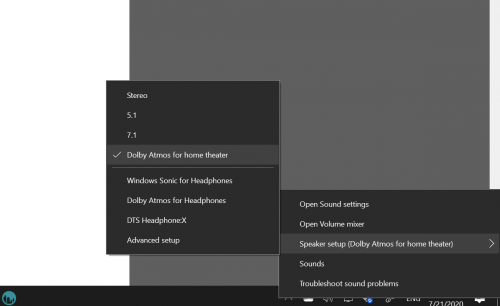 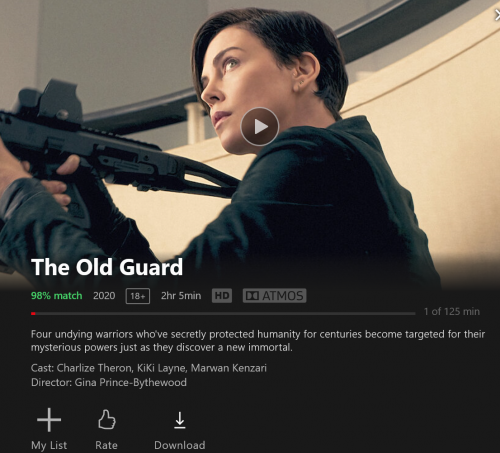 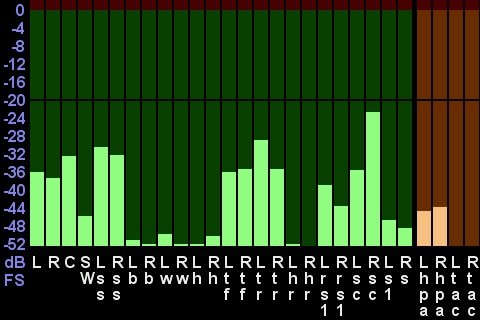 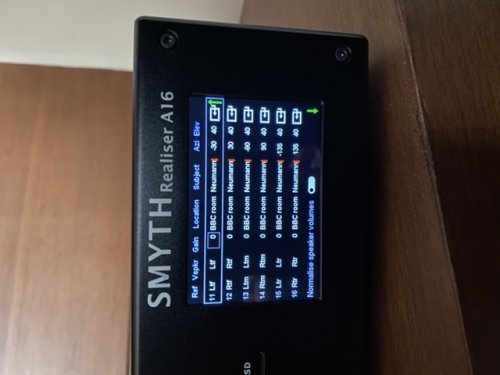 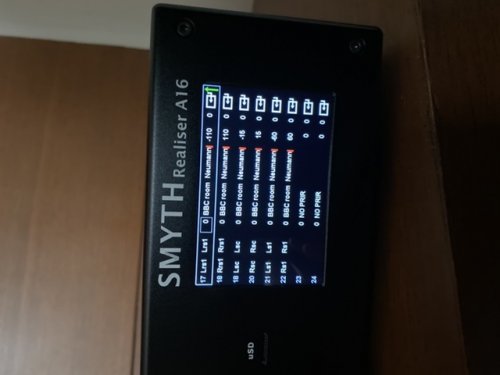 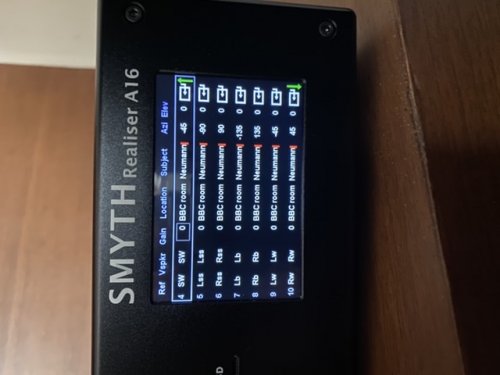 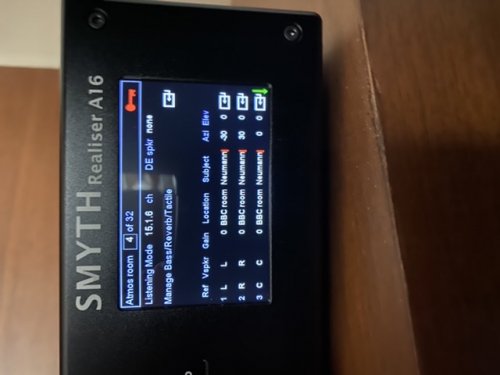 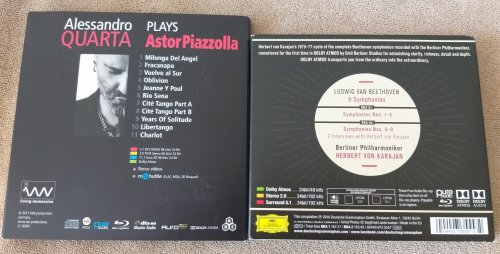 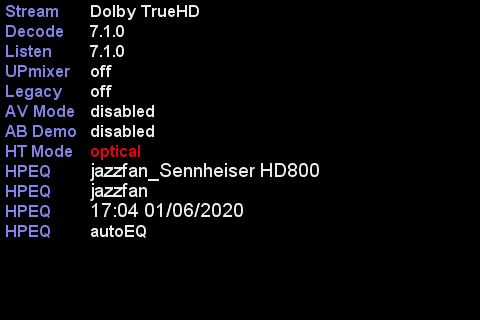 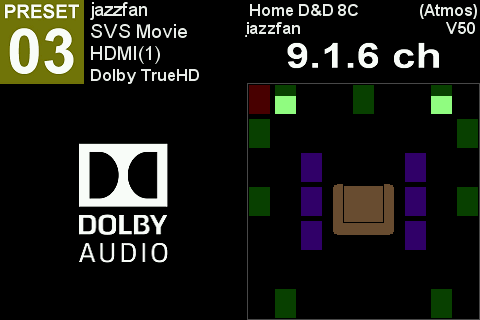 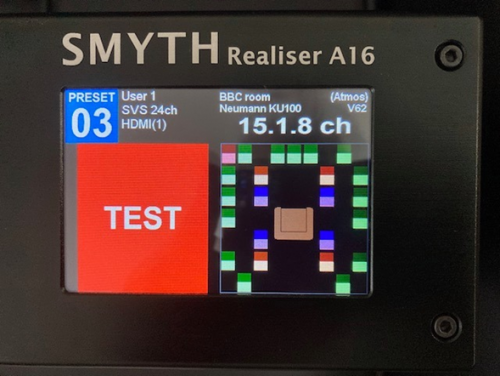 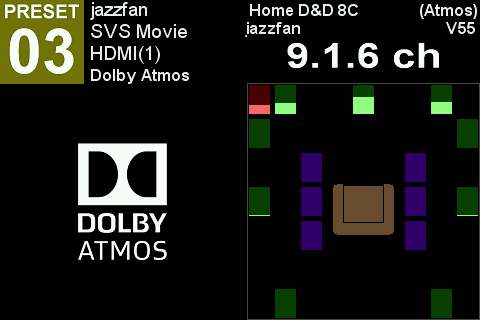 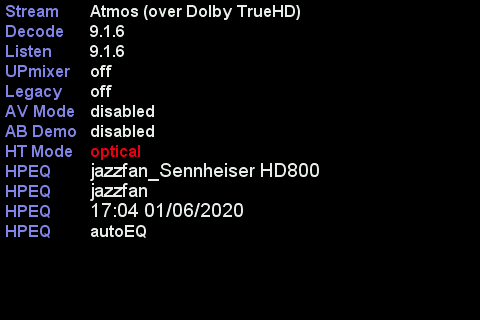 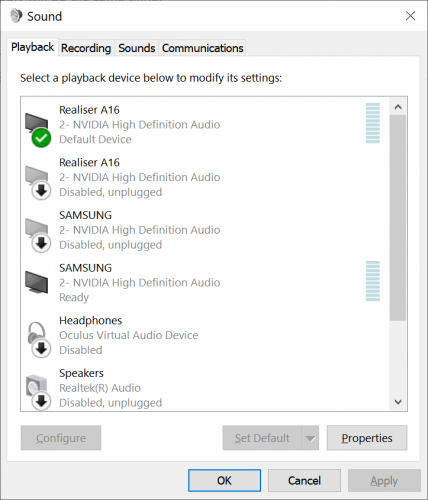 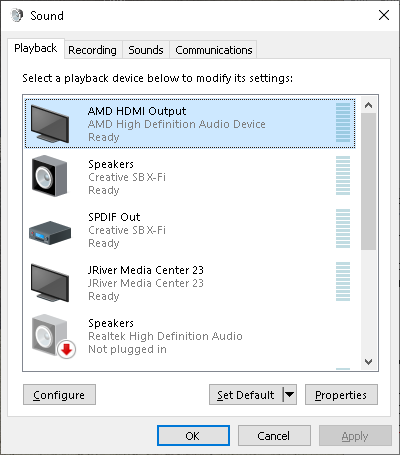 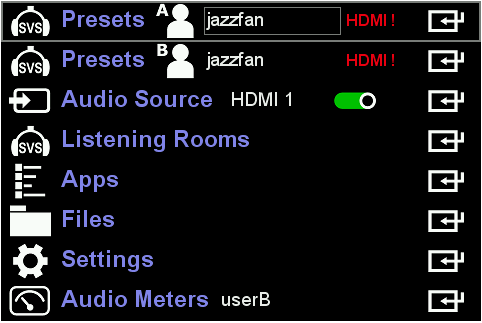 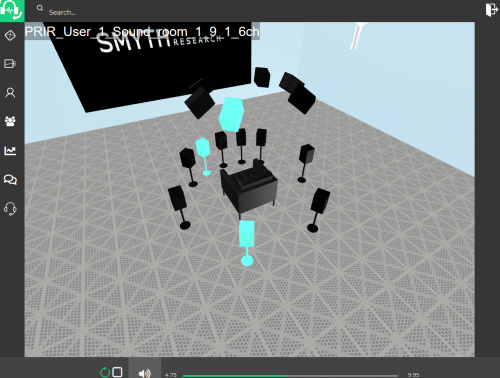 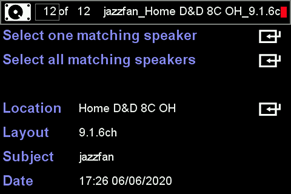 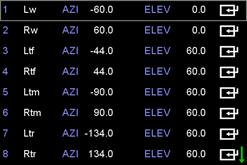 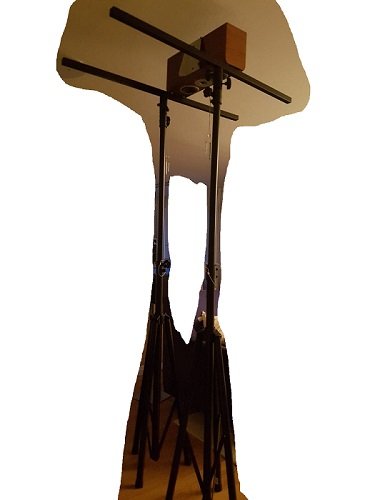 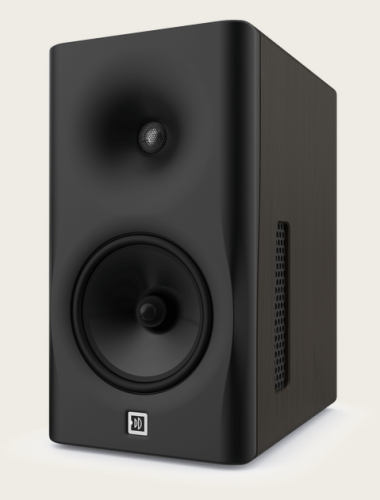 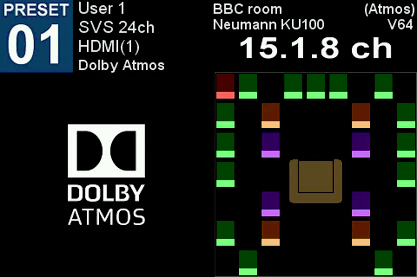 As I see it, Smyth now don’t need to directly supervise hardware production of new batches and sales.

The new partner knows the background of chinese industry. All the hassle with production will be dealt locally.

The joint venture has the right to explore the intellectual property and in return distributes royalties + profits.

That means Smyth will have more time to R&D.

If they want to compete in the VR market they need to catch up what Dr. Choueiri is doing.
Last edited: May 16, 2018
A layman multimedia guide to Immersive Sound for the technically minded (Immersive Audio and Holophony)
Share This Post
post-14245507
Post #2,732 of 9,780

Got the Shakes said:
Yeah it was a pretty niche product to start with and I have to imagine at $4000 that the price will be a barrier to entry for a lot of people. It certainly still has its place for people who live somewhere where they can’t have a surround system with speakers, but I do think that a lot of people who would consider such a device will see the price and move on. I thought at the time last year that my $1790 preorder was a lot to put into the A16, but at ~40% of the new retail price that seems like a steal. For those of you who got the Kickstarter price you’re getting a crazy deal.
Click to expand...

I'm actually a little worried about those that preordered, and if the units that were purchased at any given price will be honored at those prices, and we don't get some bait and switch bull where they start asking for the rest of the amount (again). What worries more than anything though is that there has been zero confimation of our actual orders. No queue, no actual receipt or invoice for the product itself. The only thing I have is some transaction notice from Paypal to Smyth Research--but not for what. Smyth could later claim that all of the preorders were simply Kickstarter backer funds for the development of the product, but not the product itself. It's easily the most unprofessional transaction and PR I've personally ever dealt with.

I mean sure, there's this, but it still doesn't deal with the issue of there not actually being a record of you purchasing a Realiser in the first place. Or at least I never got one.

We have been proud to offer the exceptionally low advance sales price for the A16 until now and will honor that price for all current orders from Kickstarter backers and other pre-sales to date. However we now need to market the Realiser A16 within a pricing structure that accommodates distributors and dealers.
Click to expand...

About the $4,000 cost? That's what the A8 was, and the main reason I never purchased one. Those sold, and they must have sold well enough for Smyth to decide to move forward with the modern equivalent. When all of the new features were announced, I was wondering why it was being sold for so much less, despite offering so much more. The initial research was already done with the A8, but I couldn't imagine the parts, manufacturing and desireability were that good to allow the A16 to be sold at under half the price of the original.
Last edited: May 17, 2018
Share This Post
post-14245564
Post #2,733 of 9,780

Sanctuary said:
I mean sure, there's this, but it still doesn't deal with the issue of there not actually being a record of you purchasing a Realiser in the first place. Or at least I never got one.
Click to expand...

This is what I got:

Hi,
We now require the remaining balance for your purchase of the Realiser A16.
We will shortly send you a PayPal money request outlining how much you still need to pay.
Regards
James


Followed by paypal request (text is theirs, not mine):

Odd. Although that site is copyrighted 2018 it shows the prototype headstand and has a box-out explanation for the guitar input, which no longer exists. They needed to tidy that up or they're basically marketing on a feature that doesn't exist.
Oppo BDP 105 -> Oppo PM-3, Sennheiser HD 6XX

raband said:
This is what I got:

Hi,
We now require the remaining balance for your purchase of the Realiser A16.
We will shortly send you a PayPal money request outlining how much you still need to pay.
Regards
James


Followed by paypal request (text is theirs, not mine):

I got the same request, except now that I just went back through the initial contact, money requests and then the last part of the deposit, I was reminded of what my issue with this is.

Only on the initial $700 deposit does it mention that it's for the Realiser.

So it shows that I partially paid for the Realiser.

The next contact was the same as in your post, but it has a different transaction number from the initial $700. That might make sense for individual Paypal transactions, but it's still a separate transaction and doesn't actually prove that I paid the balance for the same order.

Then, after paying the final $1,060, I get yet a third transaction number that isn't connected in any way to the previous, and it also doesn't show that it was for the Realiser anywhere. It just shows Smyth Research Ltd as the merchant, and then below it's simply blank and shows that I sent them $1,060 to them. That's it.

The sequence of events can be traced through the emails easily enough, but the way this was handled looks to give them a lot of legal wiggling room if they decided to go that route. With how utterly disorganized they've been with PR, I'm mainly worried about how they are filing these orders. I actually asked a few months after paying off the balance how they were doing that, and if there was a particular queue system they were using for the initial backers, and then last year's "June phase" of preorders, and they never gave me an answer. I asked primarily because of the update they gave later on about how it was unfortunate how they missed the deadline, and the units would be shipped out later, yet the "good news" is that once they started shipping them, everyone up through the June phase (but not September) would be getting theirs shipped out around the same time.

They then backpedalled on this yet again in a later update. Now it seems like the earliest adopters that Kickstarted will get theirs first (which they should), and all of the "preorders" are just up in the air at this point. On top of all of that, now they have to appease their partners. Who is keeping track of the orders now? I would hope that their bookkeeping department showed exactly how many units need to be shipped prior to being able to start selling them at $4,000 before any contracts were signed. But at this point I don't have a whole lot of faith in how they are handling it. I understand that Kickstarter can be messy, but I didn't Kickstart, I preordered after it was supposed to have been almost ready to ship.

In the event that this would need to be disputed, you only have 180 days with Paypal. After that, you're screwed. It's especially bad if you live in another country. I don't know when they cut off all new preorders, but even if it was December, they can still keep doing the whole "progress is coming along nicely...4-6 more weeks and we should start shipping!" until the end of this year and be in the clear if it never comes to fruition.
Last edited: May 17, 2018
Share This Post
post-14245682
Post #2,736 of 9,780

CanJam London starts 21-22 July at Westminster Plaza Hotel in London. If Smyth Research will be there i will ask some questions, but i am affraid they may be not from what they said lately.
Share This Post
Reactions: krismusic
post-14245785
Post #2,737 of 9,780

And there you have it: received the may Kickstarter update via email.
Dear all, please check your mail

If the target purchaser for this unit is the professional studio then the price makes sense.
They probably spend many times that price on items of software/hardware/furniture with less functionality.
If they can effectively recreate a few $50+k rooms with the A16 it even starts to sound cheap.
Allowing staff to work offsite and not having to worry about shuffling room scheduling or opening up more rooms etc

The unit we're getting seems to have everything packed into it, such as a professional setting could require.

Perhaps this will end up being the flagship/pro version, with "lite" or "home" versions becoming available with varying degrees of tech down the track at more wallet friendly prices.

I was more confused how the A16 was so much cheaper than the A8 while offering so much more than I am with the final prices being revealed now.

The A8 was never going to be in my price range - it's not a huge surprise that the A16 isn't going to be either.
Just lucky I managed to get in on the pre-order price.

To me the lack of communication/delivery is the main/only issue.

In the long term, this partnership may be a way to license tech and software to integrate them to AVRs and later maybe even to high end smartphones, at least with generic BRIR à la Out Of Your Head, with the possibility to add a PRIR that would have been made with a Realiser A16. Unless they manage to create 3D model of head/ears via the FaceID sensors of iPhone X for example (they will be improved and more accurate by then) and determine HRTF to customize BRIRs.
Smyth Realiser backer #203
Share This Post
post-14245949
Post #2,741 of 9,780

Fox1977 said:
In the long term, this partnership may be a way to license tech and software to integrate them to AVRs and later maybe even to high end smartphones.
Click to expand...

I think new 4000$ price could just be an ordinary lie aimed at diverting attention from the sad fact that the Smyth Research has lost it's independence and that there has been no real progress with the Realiser A16 since Chinese manufacturers delivered hardware. Even if the new price is authentic, it can easily soon be returned back ('for the purpose of increasing sales'). So, if the 'increased value' now acts comforting, how will we perceive possible 'reduced value' in the near future? On the other hand, how can price increase help Smyth, if the price difference goes to distributors?
Share This Post
post-14246034
Post #2,743 of 9,780
Y

It’s a new product, giving it such a massive price hike will not do much for sales considering it is untested in the community. Pretty unimpressed with the need to over double the price prior to release. Or maybe they can’t produce enough new units & want to discourage prospective customers?

I preordered last year $1760. I understood at the time it was an introductory price, but how can it more than double? Surely they knew the cost of manufacturing? I guess maybe R&D blew out?