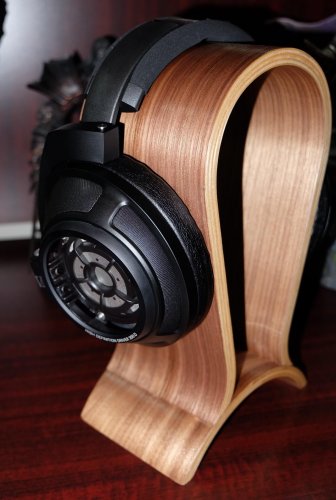 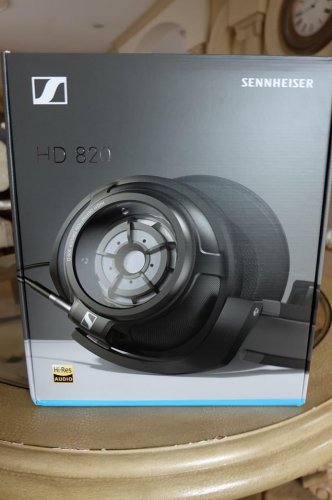 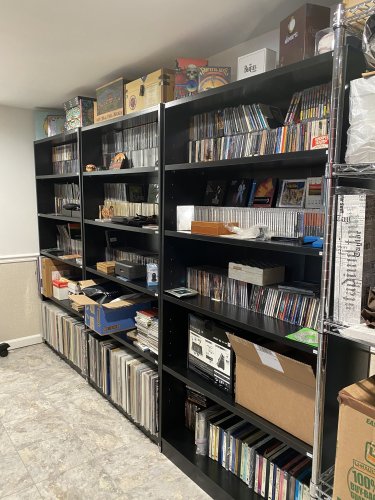 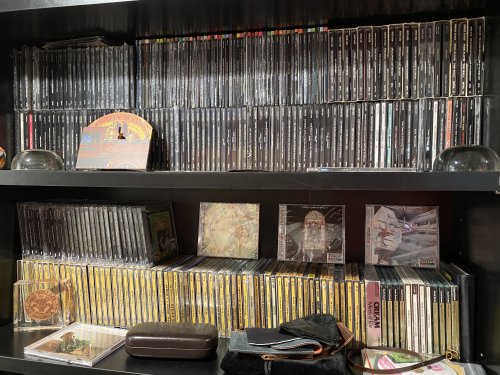 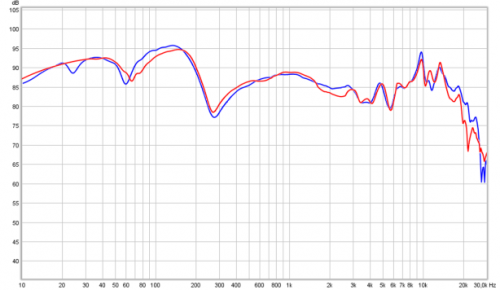 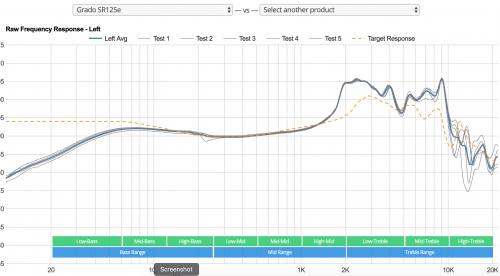 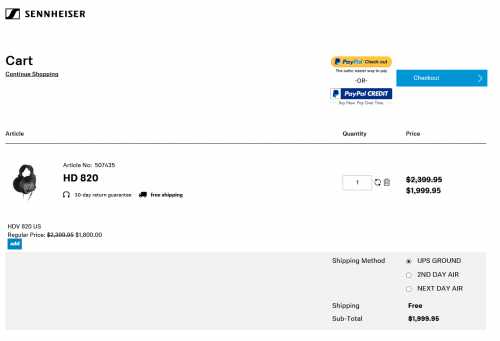 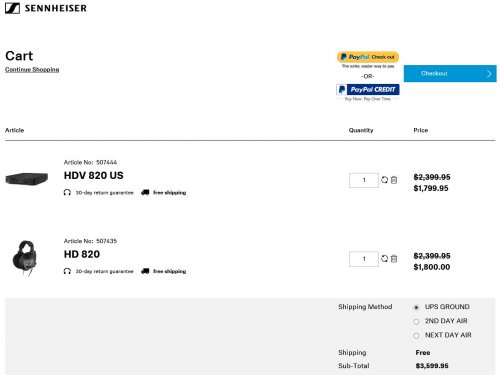 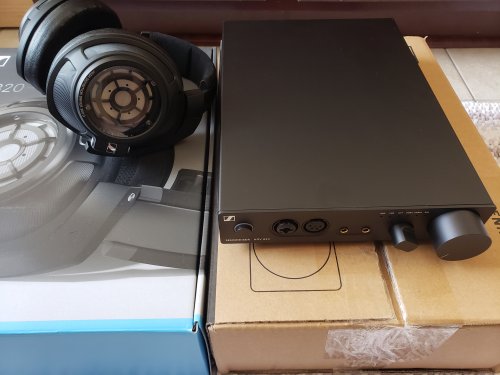 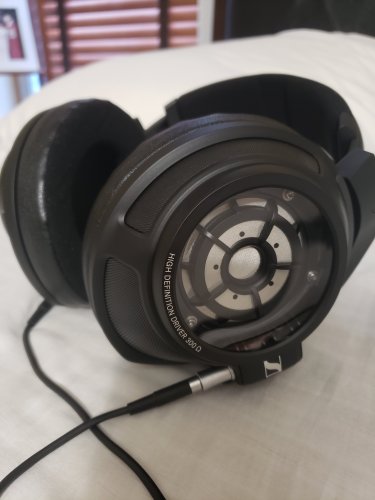 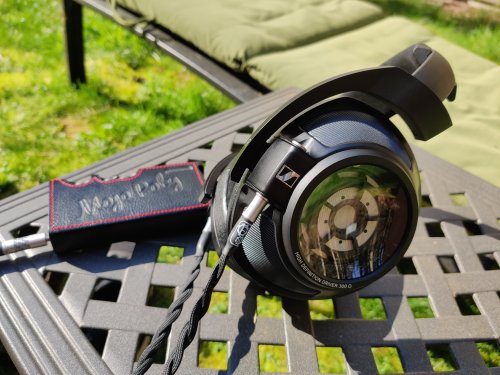 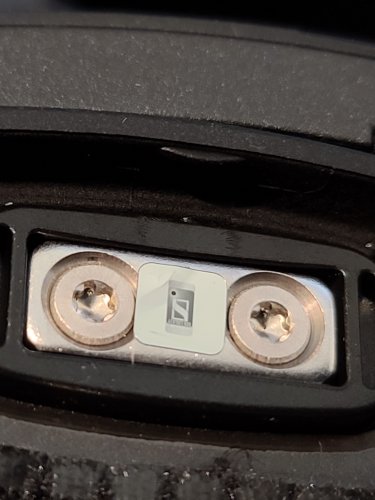 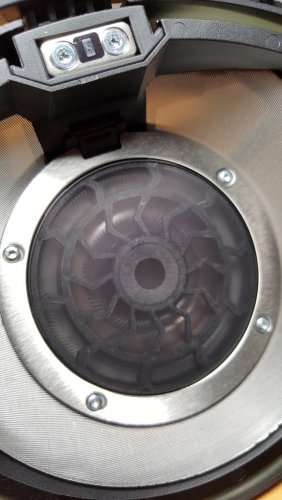 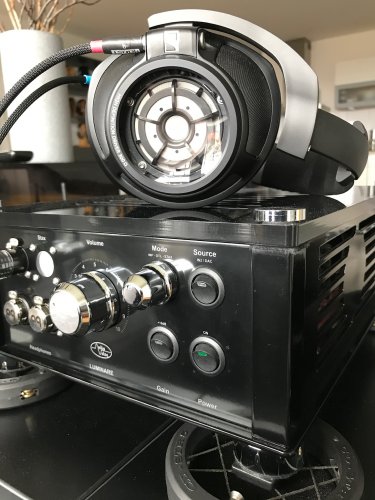 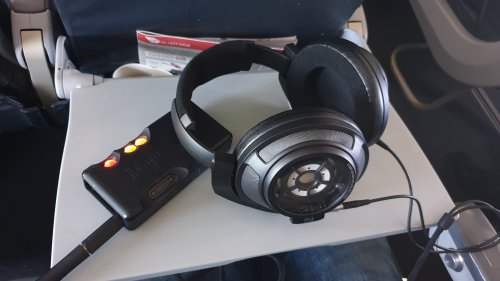 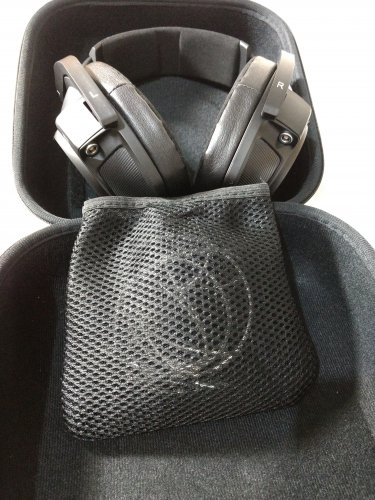 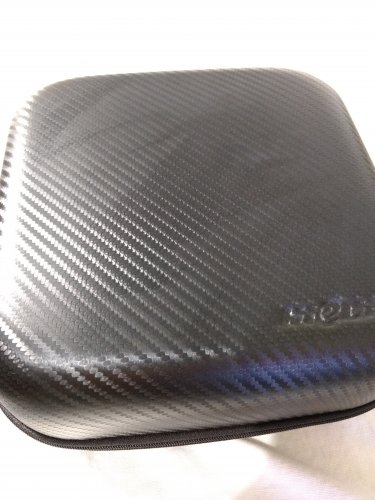 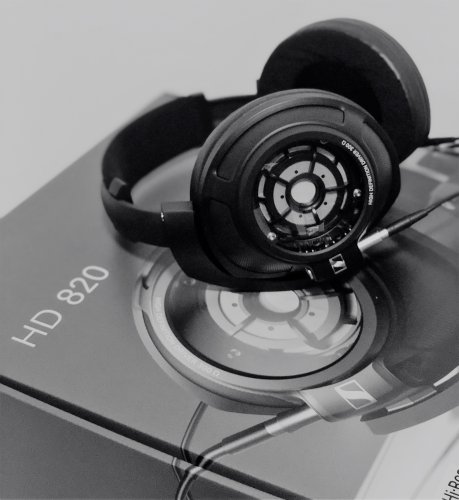 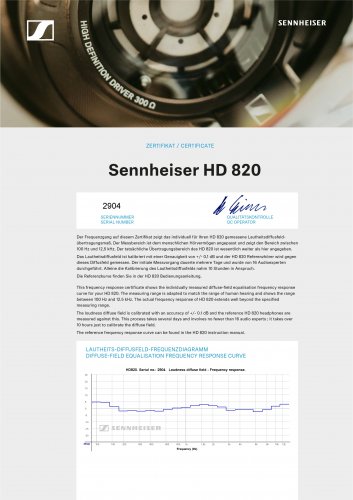 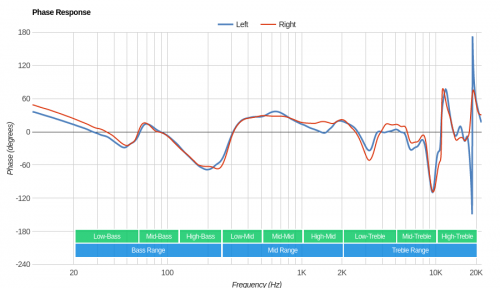 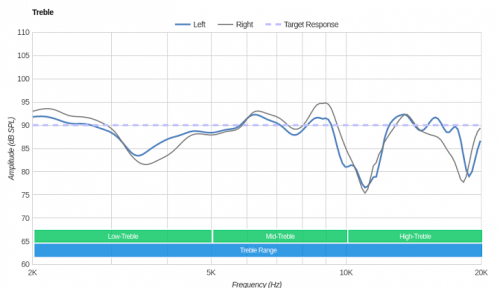 Beagle said:
actually it is to the point. it's an 820 thread. it's out there, go buy or demo then come back with something useful and on topic. No need for speculation any longer.
Click to expand...

no, it is actually beside the point. @jude posted his measurements of the hd820 a couple of pages back, which a number of people who are yet to hear it have commented on and i don't see you trolling them. in fact, the majority of posts in this thread are from people who haven't heard the hd820. so for the third time, i look forward to auditioning the hd820 and i will post my impressions here, but i won't have you dictating the terms under which i can post in this thread in the meantime. contrary to what you may think, i don't speculate about headphones and you won't find me whining about them either.
Last edited: Sep 2, 2018
"Everyone is entitled to his own opinion, but not his own facts." - Daniel Patrick Moynihan
Share This Post
Reactions: GREQ
post-14458358
Post #2,282 of 3,243

QueueCumber said:
They make an ignore button for a reason. Some folks like to instigate arguments and grate people the wrong way for their own gratification. The best option is to remove their ability to do so. That’s what I do at least.
Click to expand...

Thanks to all for highlighting the arrival of the 820HD on the scene. As a bit of background as context for this contribution my Hi Fi history began with Stax headphones in 1974 and on the speaker side of things Quad ESLs, BBC monitors, Quad 63s and currently Martin Logan Spire with Velodyne DD12+ eq’d from 200Hz down. Amplification and Streamer DAC Simaudio Moon 780D and Arcam rHead H-amp, and Linn LP12. I enjoy a diverse range of listening and also play various acoustic guitars!
Okay .... unfortunately my wife finds it increasingly wearying to block out the sound bleeding from my Stax 009s and after making do with KEF M500 on ear ‘phones to obviate this, the 820 announcement motivated me to try harder on the isolating hp front.... so thank you guys!
My first step was to have a listen at a local shop, taking my M500s with me. I found the difference in quality a bit disappointing with the Senns unsurprisingly having a more sophisticated presentation, less distorted (‘squeaky”) treble and improved bass and overall detail but would they be worth the £1800 extra? I then arranged to try them at home and compare with Audeze XC, and also AKG 872 reference. The AKG was guickly eliminated on grounds of poorer bass definition despite a revealing and fairly neutral presentation and a generally open sound, they were also very comfortable, light and with a good seal. The 820s upped the overall quality with again an open slightly dry presentation with much improved bass definition and in particular excellent production of the bass harmony line (think Linn “tune dem”)
The overall sound was surprisingly neutral (despite some concerns voiced here re frequency response) with excellent detail across all frequencies. They were light and comfortable but the ear pads seemed slightly too hard in that the seal could be poor as others have observed and it felt as if an edge of the padding was in contact with your head rather than it’s full width.
By contrast the pads on the Audeze were much softer and more forgiving and allowed the headphones to feel part of your head (!) even though your head (okay, my head...) had become significantly heavier.
At last.... the sound. These were a revelation to me. Gone was the more academic presentation of the the other two, replaced by a joyful sound full of emotion and with each element represented by a richness of tone and timbre that was quite beguiling. (I later read the John Darko review and found it very similar to my experience, so I’d recommend that if you’ve not seen it).
Listening to Michel Petrucciani Trio live in Tokyo for example, was so involving because of the peerless and melodic mid range coupled with fabulous underpinning of the bass line - which extends particularly low in this recording and is at times rather quiet within the mix.
I repeatedly went back to the Sennheiser to check because I would have preferred something lighter !! But on each occasion I enjoyed the music less, even when strings were presented more prominently by the Senns. Vocal harmonies, woodwinds, all types of piano, kora, balafon or electric guitars were produced with stunning realism timbal character and subtlety, by the XC. I did not find there to be any impairment in reproduction of the trailing edge of notes either. The Creator edition also happens to be £800 cheaper, but I would have bought the Audeze even if priced the same as the Sennheiser.
So there we are, my individual findings on a home trial. Hope it’s of some interest and thanks for the inspiration.
Last edited: Sep 2, 2018
Share This Post
Reactions: raypin, SeanS, Bern2 and 2 others
post-14460233
Post #2,284 of 3,243

Mm...just arrived, after 2 months of waiting: 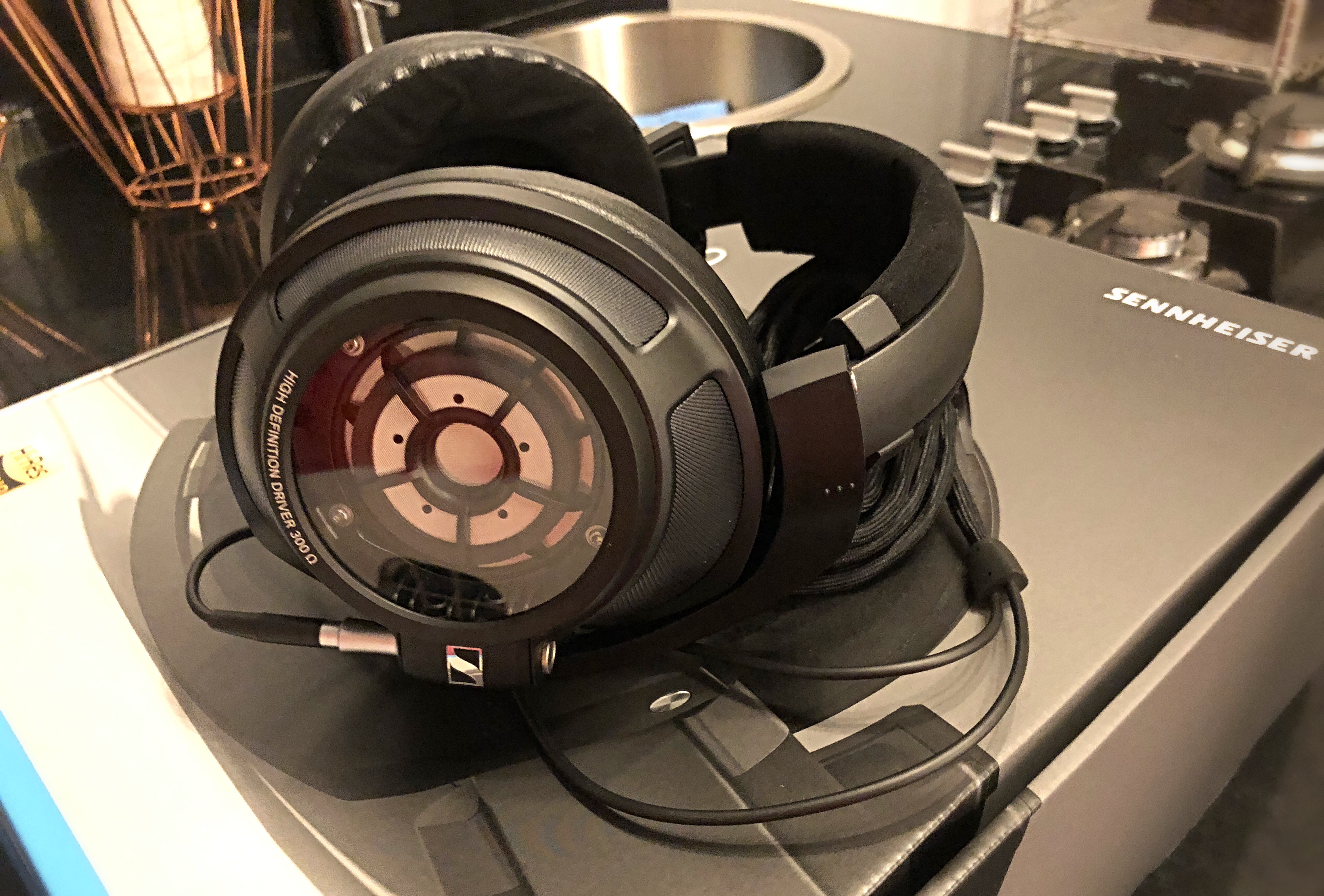 Initial impressions: good, specially with the Chord Dave pairing. My Sennheiser family is complete: 800, 800S, HE 1 and now the 820.

GREQ said:
It's nothing new though, and certainly not a bad thing.
This kind of dip between 200-300Hz can be found in other well loved headphones like DT770 and HA-DX1000.
Usually I find this kind of response curve to be very pleasing, as it has the effect of reducing the thickness in the bass and still produces a textured low-bass response with impact.
Click to expand...

Yes it's nothing new and not at all a bad thing but why should I pay SO MUCH MORE for this new Senn. DT770 is still a decent headphone FWIW. I've always had great respect and admiration for Senn's products but please ANYONE give me a clear reason why I should pay twice as much for this new headphone than an hd800? Closed format alone does not explain this price discrepancy.

I remember when I first got into headphones I was a bit startled by the hd800's price but after listening and comparing I found the price and performance fair. Better than fair after trying STAX products.

While I would welcome a nice closed headphone similar to an hd800 AT A REASONABLE PRICE (comparable to hd800) but IMO much of the Senn. charms reside in the frequency range MISSING form this product. I'd love to hear the marketing/design vision explained frankly and clearly on this one.
Share This Post
post-14461312
Post #2,288 of 3,243

perhapss said:
I remember when I first got into headphones I was a bit startled by the hd800's price but after listening and comparing I found the price and performance fair. Better than fair after trying STAX products.
Click to expand...

ot: While getting the HD820 at the dealer, I got to quickly audition Mr. Speakers La Voce. Impressive e-stat. Reminds me of my SR 009. Also, I plugged it on Kann/Stax Portable estat amp: no go. Underpowered.

perhapss said:
I'd love to hear the marketing/design vision explained frankly and clearly on this one.
Click to expand...

QueueCumber said:
Not sure which Stax product you’re referring to here. The Stax SR-009S blows all the Sennheiser HPs out of the water to my ears, except maybe the HE1, which I haven’t heard as of yet to draw a comparison.
Click to expand...

The higher end Stax are in a class of their own IMO.

ot: While getting the HD820 at the dealer, I got to quickly audition Mr. Speakers La Voce. Impressive e-stat. Reminds me of my SR 009. Also, I plugged it on Kann/Stax Portable estat amp: no go. Underpowered.

Yesterday was the first time I laid eyes on the Kann. I was repelled by it. UGLY in appearance and ugly to use. It is not an Astell & Kern product.
Click to expand...

I think there is always going to be a trade-off in effect with regards to headphones sound signature. The 820 keeps a good amount of the spaciousness of the 800 in the midrange/treble but in the lower ranges it is filled in by the bass coloration. However, I think the over-presence in this area has a positive side effect of warming up some of the bright/sharper areas of the 800/800s and enhancing natural tone in the mid. If you are sensitive to bass humps, you may not be able to live with it regardless. It comes down to taste and preferences as always.
Last edited by a moderator: Sep 4, 2018
"If I had no sense of humor, I would long ago have committed suicide"- Mahatma Gandhi

"I fear the day technology will surpass our human interaction. The world will have a generation of idiots"- Albert Einstein​
“I am nothing and should be everything” - Karl Marx​
Share This Post
Reactions: QueueCumber and raypin
post-14462367
Post #2,292 of 3,243

GREQ said:
Headphone market value has boomed in the past 10 years. That's reason enough for any company.
Click to expand...

perhapss said:
Yeah sure. More questionable performance for more money makes tons of sense for many companies but I have higher expectations from Sennheiser.
Click to expand...

I'm not sure why you expect so much from them.
When you consider the numbers, there are other companies who consistently produce a higher volume of well-loved headphones.
Sennheiser consistently produces polarizing headphones, and sometimes some real stinkers.
JVC - Planars - Modding - Vintage / HA-D1000, HA-DX1000, RP18, HE-500

perhapss said:
My point was not to flame STAX or anything, I just was saying that I feel the hd800 was fairly priced.
Click to expand...