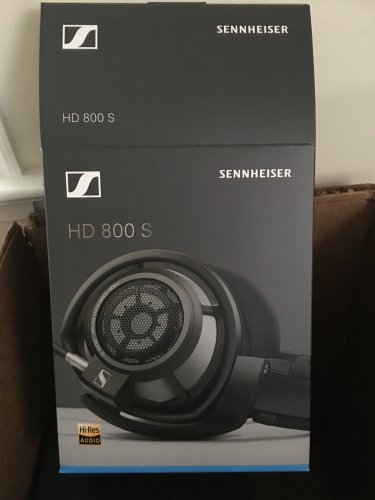 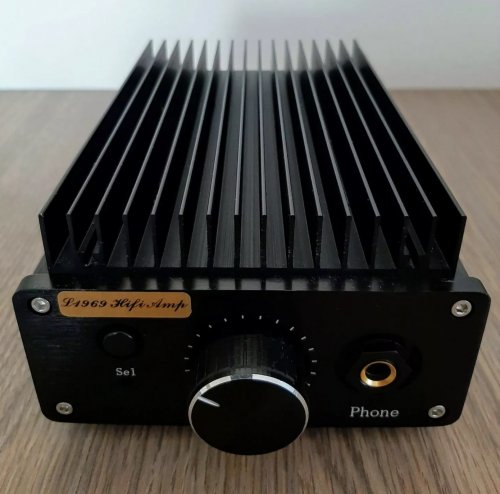 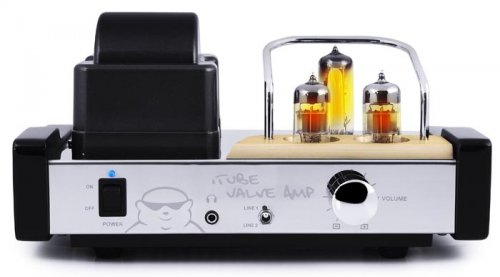 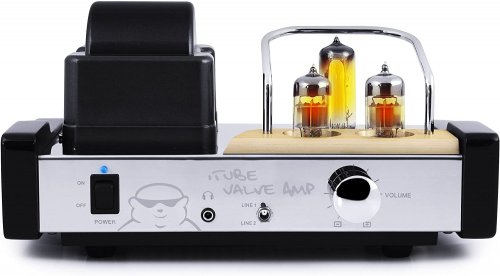 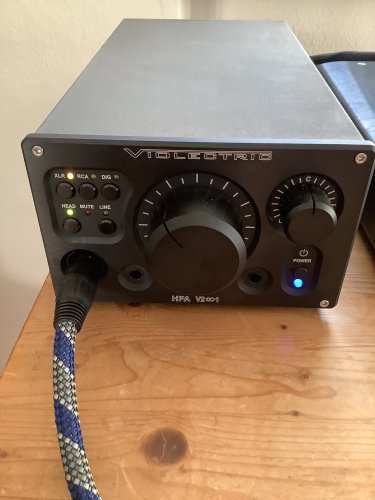 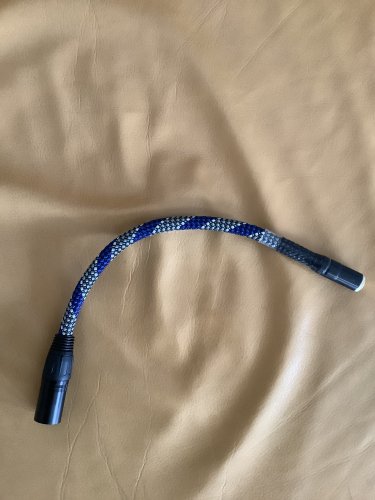 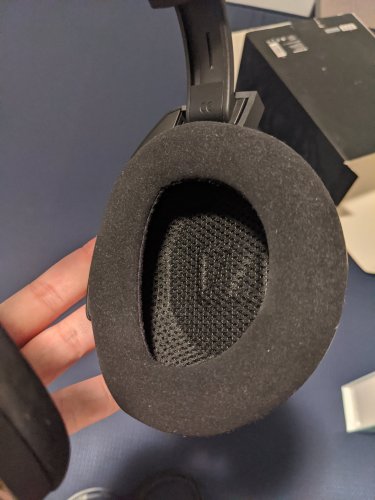 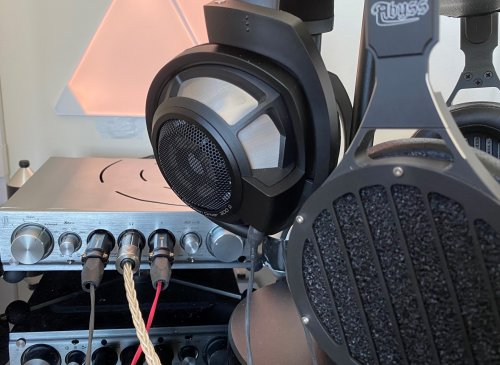 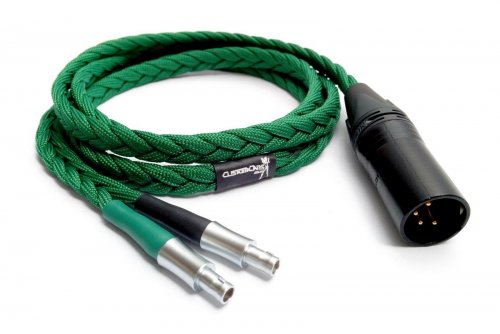 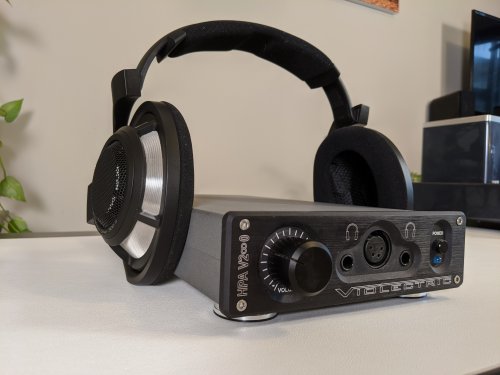 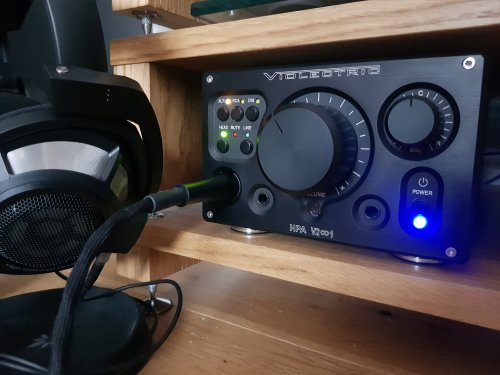 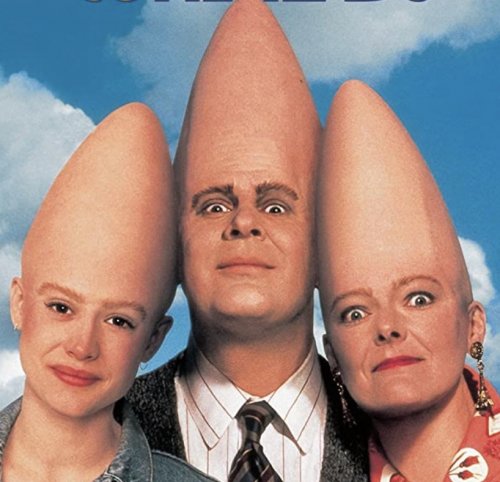 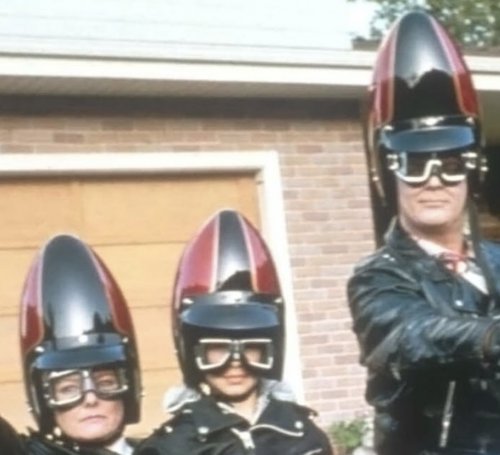 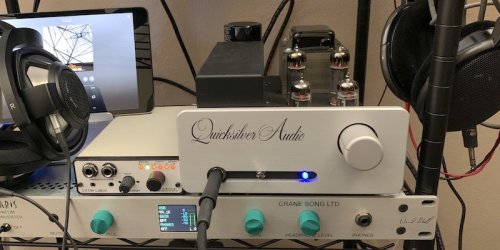 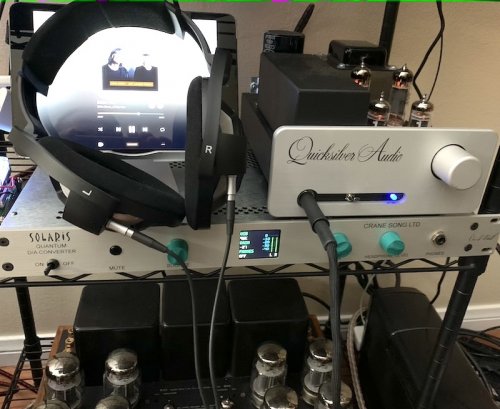 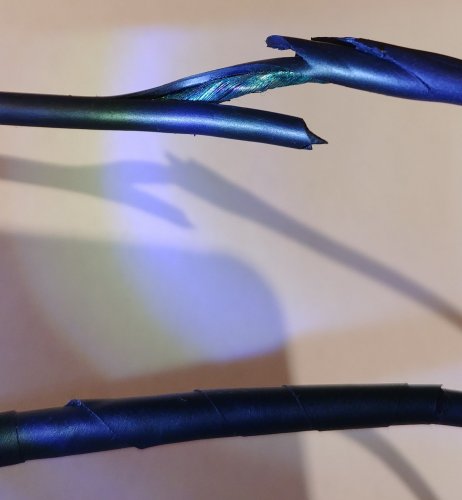 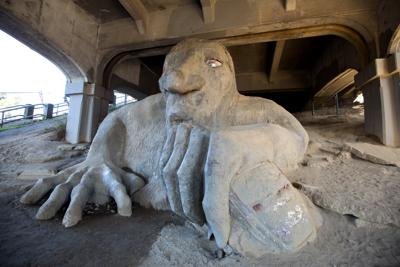 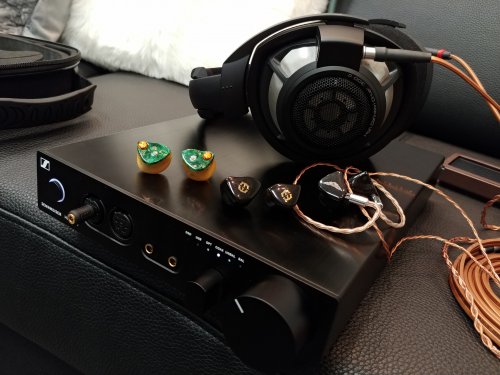 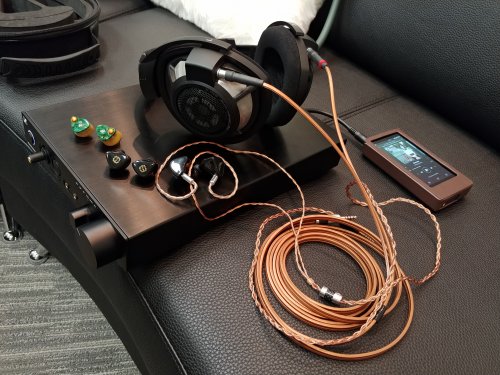 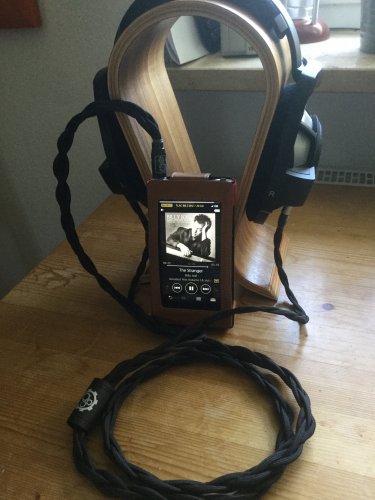 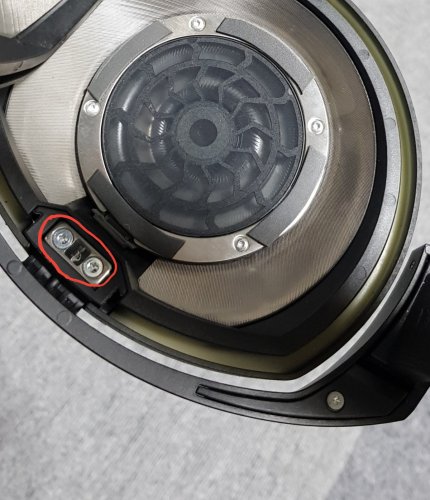 Sonic Defender said:
What areas did you feel the Ether 2 fell short in? I have to admit to not personally meshing with the Ether Flow when I had it available on loan. For me it was just too clean and lacked any weight and while it is easy enough to over thicken a sound signature and make it a dull mess; however, lack of an appropriate amount of weight in the sound signature leaves the sound thin and etched for me and as crazy detail retrieval isn't my thing, I don't respond to such signatures. I know that many do, but it isn't my deal. I simply loved the 800S and do not feel that it lacked weight. I did plump up the lower frequencies slightly, but only a little. Still miss that headphone. Sigh, to be in an economic position where I didn't have to sell gear off to try new gear.
Click to expand...

Well Dan likes to talk about the Ether 2 as having a much larger soundstage than his past iterations, but it was still just average at best. To go from something like the 800/800S would be a massive disappointment, but I was still disappointed coming from the HEK V2.

The other thing that was disappointing was that it didn’t sound like a planar. If I didn’t know the tech inside the Ether 2, I’d swear it was a dynamic with the sub bass tuned to be a little elevated. The HEK series sound very detailed and have precise imaging and that typical, beautiful planar mid range. Audeze always have that impactful and visceral bass response and they sound thick with large imaging.

The Ether 2 didn’t have any of that. It was average with detail retrieval, cast a smallish image, and the soundstage was nothing to brag about. There was nothing really bad about it, but because nothing stood out, it came across as boring and lifeless.

And even though it was super lightweight, it was still uncomfortable, because the earpad openings were too small and the clamping pressure too high.

Womaz said:
Any of you guys recommend a decent portable amp to drive my HD800S . My desktop amp has died on me and I don’t think I will replace it . So looking for an amp to pair with my iPhone XR

I’d start with the Ifi Micro Black Label. But if your budget is large, you could also look at the Hugo 2 and Woo wa11.

Hifiearspeakers said:
I’d start with the Ifi Micro Black Label. But if your budget is large, you could also look at the Hugo 2 and Woo wa11.

The Mojo would be the most portable and least expensive, but they would be slightly under-powered.
Click to expand...

I have actually been reading about the ifi product this afternoon. I don’t think I will spend more than this as I anticipate listening to headphones less over the next few years. Thanks for the reply
Devialet 200 - Roon Nucleus - Sonus Faber Olympica 2 speakers
Burson Conductor 3XR - Hifiman HEK , Sennheiser HD800S
IPhone XR - IFI Micro BL - CA Andromeda. - Etymotic ER4XR- Sony WH1000XM2
Share This Post
Reactions: Hifiearspeakers
post-15120314
Post #4,864 of 5,962

Been using my HD800s all day then the HD800 turn up an hour ago.
Some initial Impressions:
Well there are some noticeable differences, The HD800 headband is the same but BETTER, HD800s is loose, floppy, slides down when on your head (ball bearing issue probably) Since New!. HD800 is tight fits perfect no issues. Floppy ear pads on the HD800, Tight almost stiff ones on the HD800s, guessing that's new(er) pads vs used though.
HD800 soundstage soundsa tiny bit larger, its a small difference or a false sense of larger because of some of the pushed back sounds. (hd800s sounds are never "pushed back" they are just "there" or where they are).
HD800s singing is dead center in front of you, HD800 is kind of spread out larger, 1 song actually had the singer move slightly (& i mean slightly) more into to the left channel which the HD800s doesn't do for the same song.
You know that "static" sound when you put on a LP as the needles starting to move towards the part that has music or after a song finishes on vinyl, HD800 so natural & life like. HD800s to be honest i didn't even notice that part ever at the start of the song... Its there you can hear it but not as noticeable on the HD800s.
The treble "issue" & "no" bass on the HD800 but its not even remotely close to as bad as people claim & I'm bright sensitive! so thats interesting.... Don;t get me wrong there is a "Small" treble spike issue.. But its so meh most of the time. Also the music & sounds are cleaner sounding than the HD800s. Songs with bass are clean & you can hear the bass dare I say better than the HD800s on bassy songs, but less bassy songs the HD800s it more "bassy sounding". (going to need to EQ check because just noticed it might be something in the lower mids not bass,,,)

Hifiearspeakers said:
I’d start with the Ifi Micro Black Label. But if your budget is large, you could also look at the Hugo 2 and Woo wa11.

The Mojo would be the most portable and least expensive, but they would be slightly under-powered.
Click to expand...

Just my tuppence/2 cents worth.

Hugo 2 and the HD series of headphones sound excellent together though. Mojo is a great little dac, but it takes it's big brother Hugo 2 to let the HD800 range shine.
Click to expand...

Womaz said:
Some great help on here so,thanks, guys. I am probably favouring the ifi Micro BL as it looks the best option for me
Click to expand...

Just to add to above since it arrived: 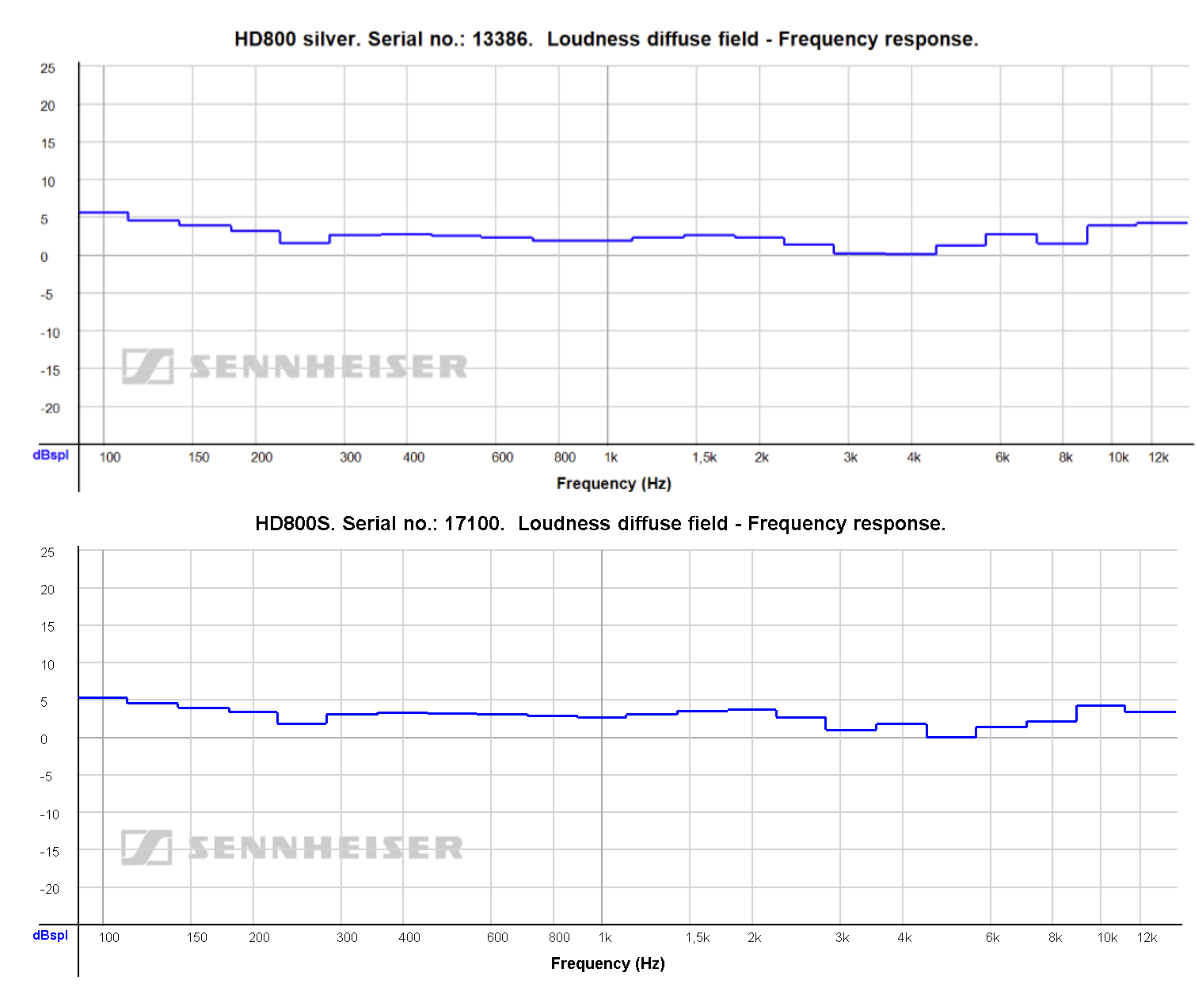 prymortal said:
Just to add to above since it arrived:

It's funny how I don't really listen to my speaker setup or home theatre anymore, I use headphones for everything.
Click to expand...

Womaz said:
Any of you guys recommend a decent portable amp to drive my HD800S . My desktop amp has died on me and I don’t think I will replace it . So looking for an amp to pair with my iPhone XR

Users Who Are Viewing This Thread (Users: 1, Guests: 4)