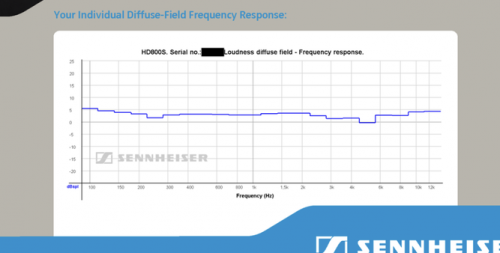 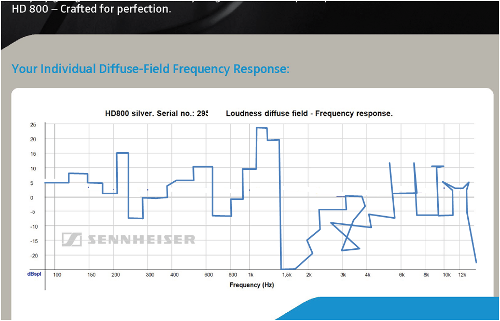 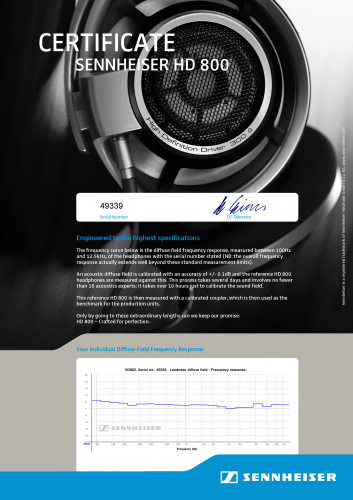 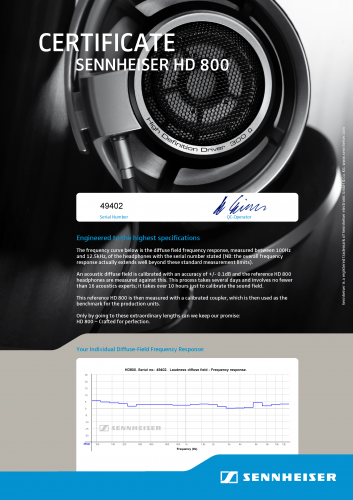 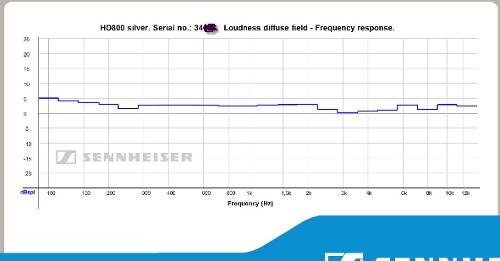 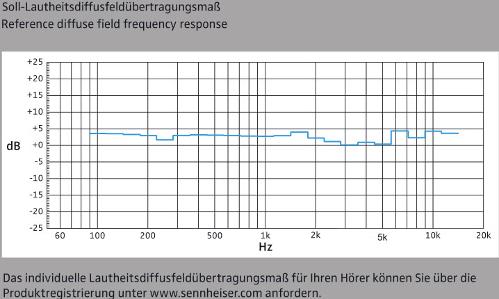 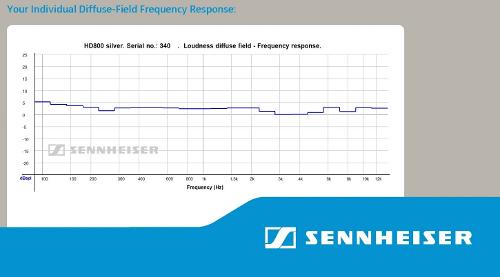 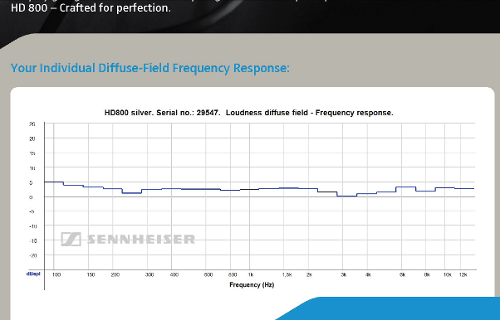 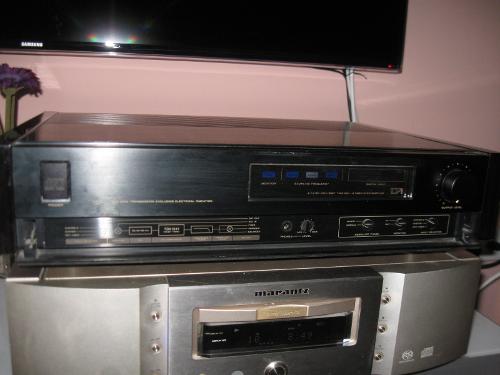 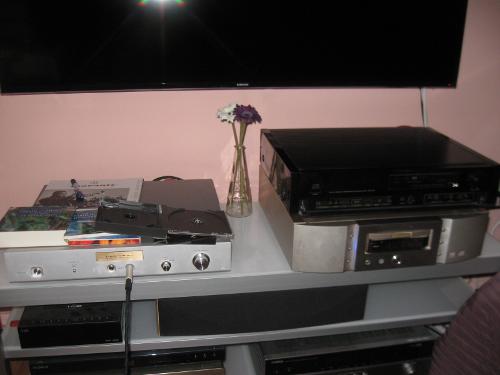 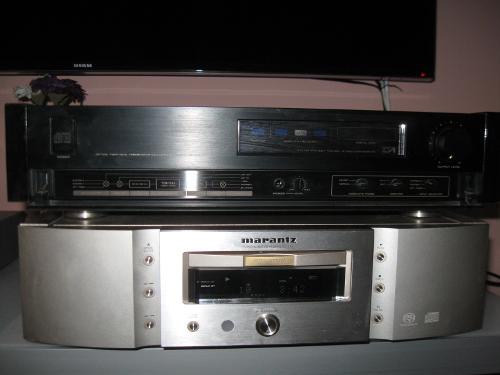 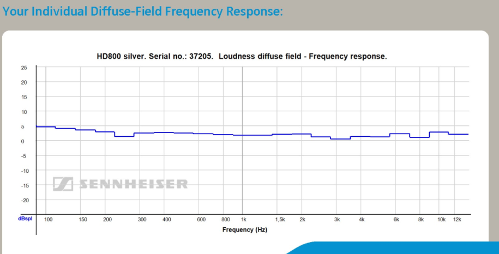 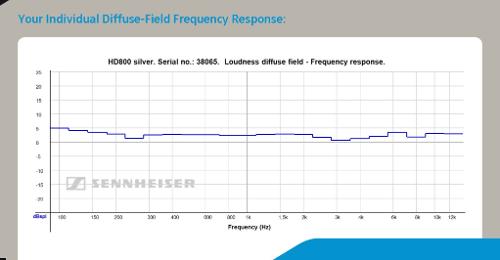 I got mine in the mail today...

I thought the certificate followed the HD800 in the box, but now understand that they come separately.

That is what I call a flat frequency response curve...
:: Feedback ::

it probably gets really nasty just above 12hz

It came with a letter stating that the test was conducted over several days, and involved no fewer than 16 of their best acousticians.
It's signed by
Maurice Quarre "Product manager home audio" and Axel Grell "Senior acoustical engineer headphones"

Very impressive. The DT48a was made for acoustic investigations and research.. Would love to hear how they vary.. The HD800 seems to do everything extremely well. I need to audition them.
Share This Post
post-5824334
Post #8 of 734

For those who wonder how the Sennheiser HD-800 FR plot is so flat despite the curves seen at Headwise etc, this is part of a post I wrote a while ago that may shed some light:

"... Mr. Howard measured 4 phones, corrected them for both FF and DF curves, then auditioned them with an eye (ear?) to trying to confirm one or the other technique. His determination:

"I am beginning to suspect that a response somewhere between DF and flat is actually optimal. But these are early days; as other headphones pass through my lab, it will become clearer whether this is indeed the case."

What is interesting is that if you look at the HD-800 response as shown on the Headwise site, it follows pretty closely the DF curve in shape. Right down to the bottom of the first dip above 1 Khz being slightly below 3Khz, the peak at about 6.5Khz with a dip back down at 8Khz. The 800 is actually subdued above 10khz, where it deviates from the DF curve some.

The shape is the similar, but the depth of the peaks and dips tends to be less than the DF standard. It almost seems like Sennheiser used the DF curve, and listened to Mr. Howard's advice to not apply the curve as drastically.

None of this strikes me as anywhere close to definitive, but it gives an idea as to what Sennheiser's strategy might have been."

The point is that the curve shown on the certificate is the curve with Diffuse Field EQ applied (as indicated on the curve's header) and the Headwise curve is the raw response without this correction...
You can catch my audio review blog at "The Audiolog" http://theaudiolog.com/

k3oxkjo, I haven't rec'd mine yet, and I'm wondering if these results would be replicable by anyone with with an FR analyzer. Once set, does the plot tend to gradually change with time?
Gear listed under profile.
Share This Post
post-5824785
Post #13 of 734