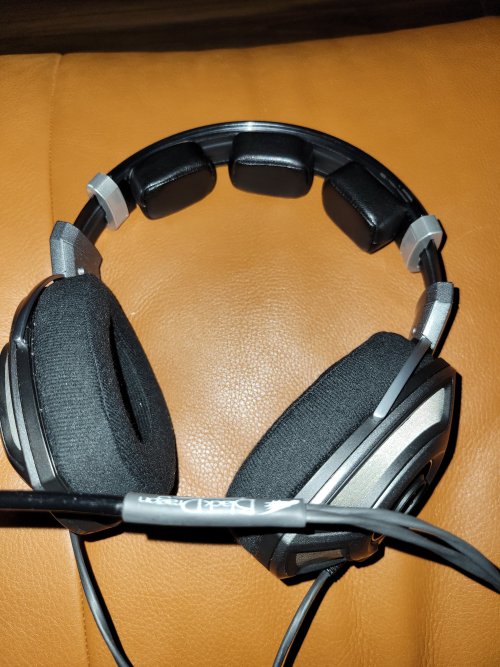 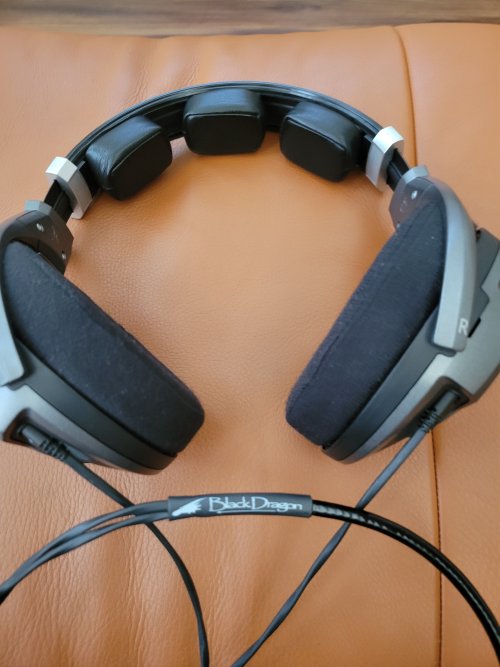 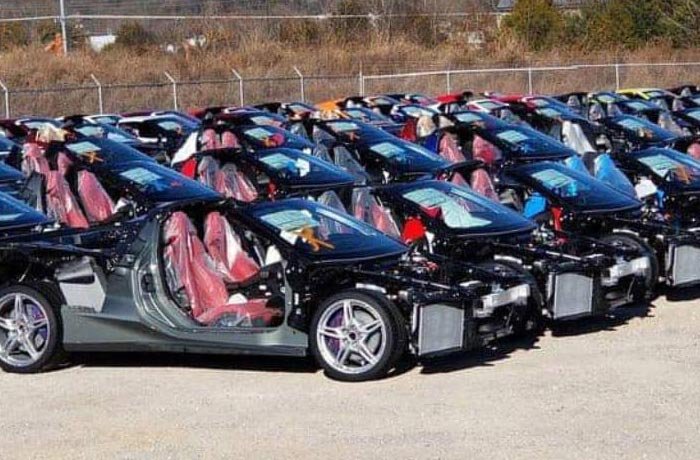 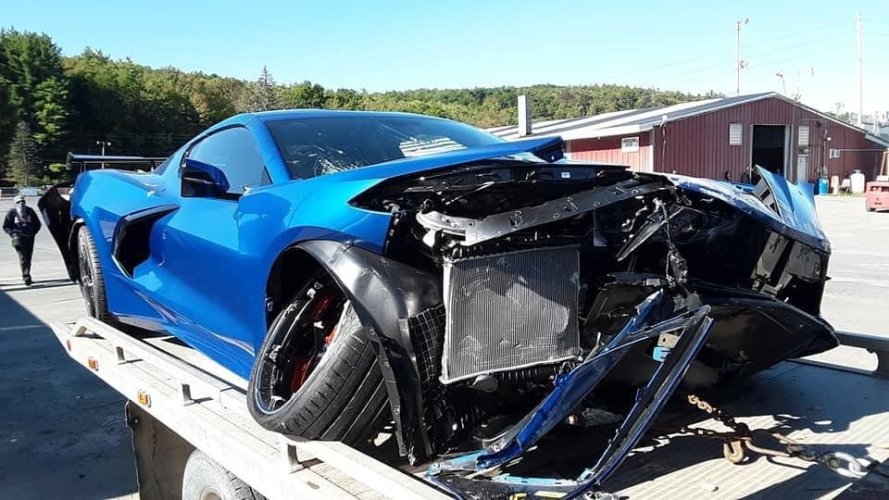 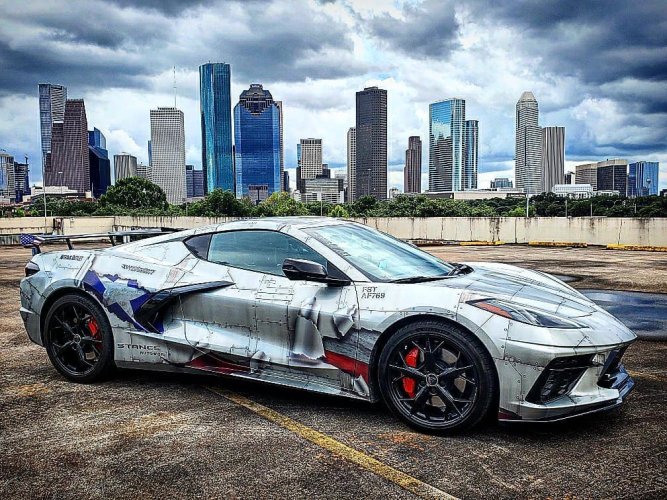 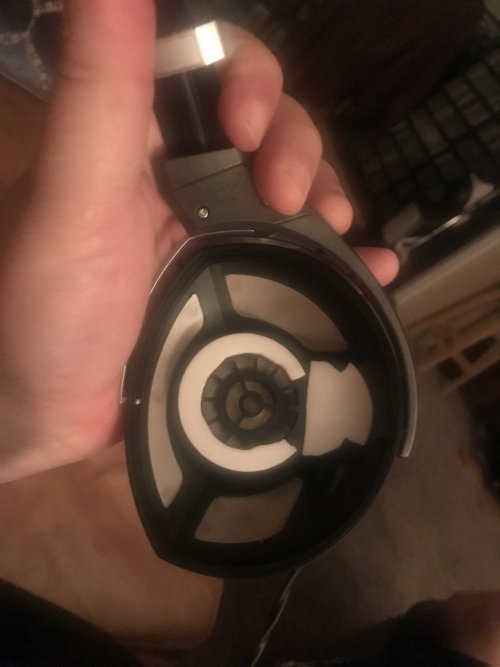 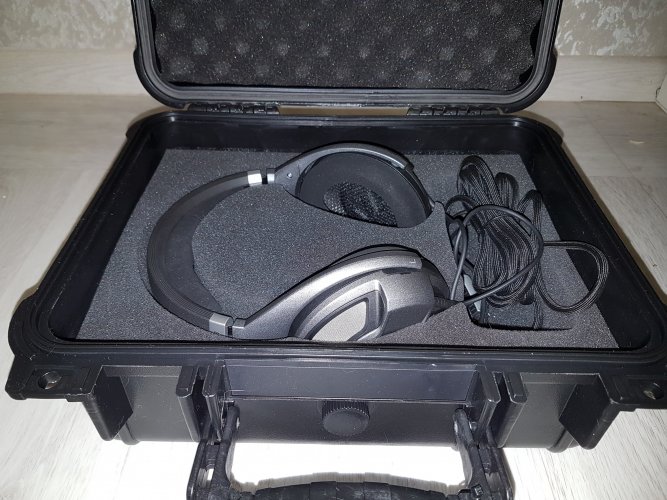 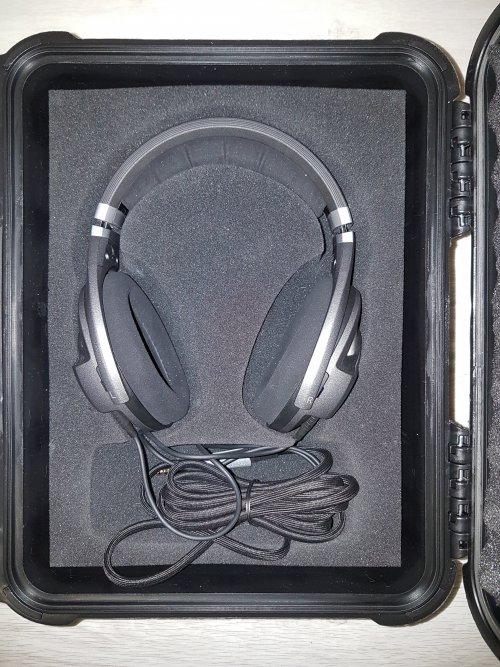 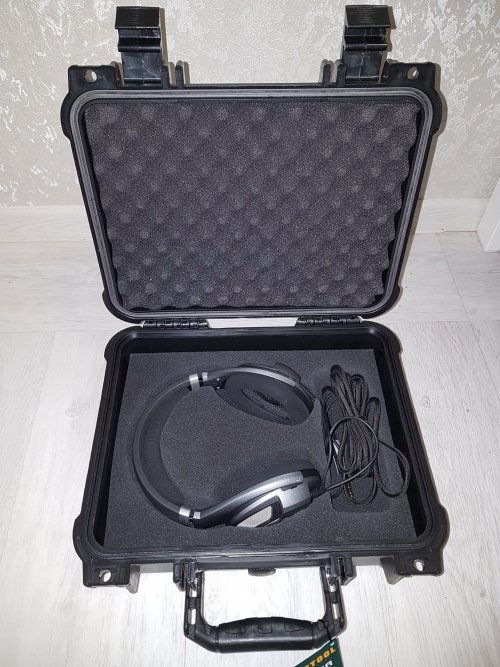 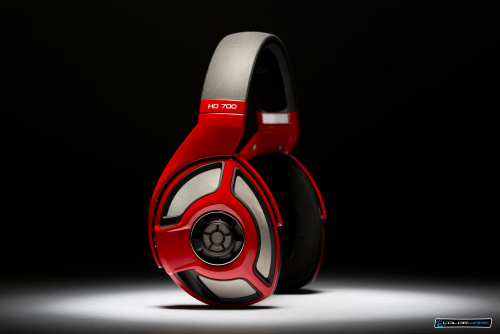 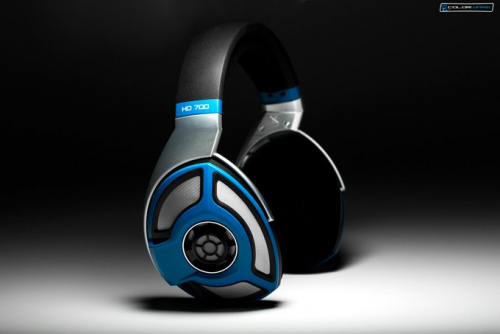 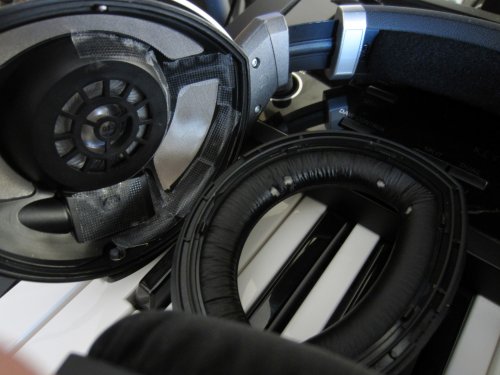 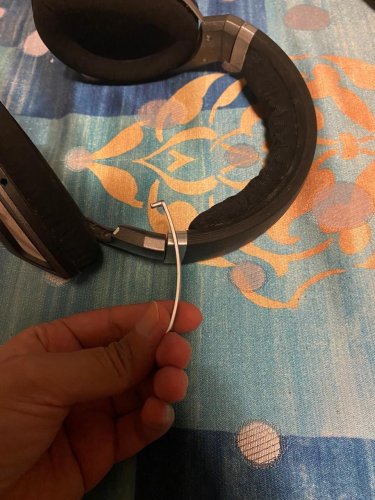 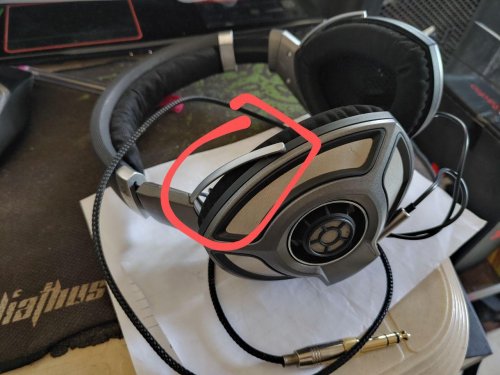 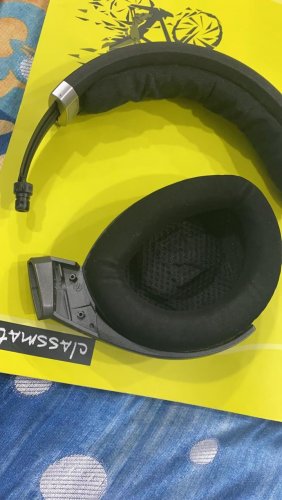 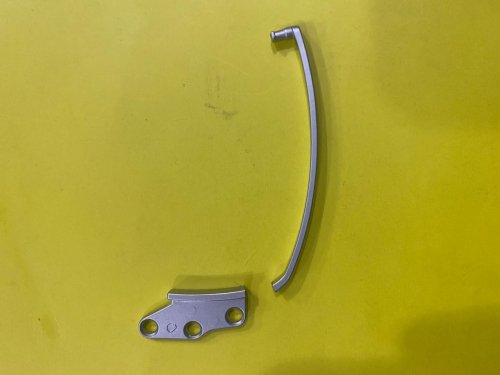 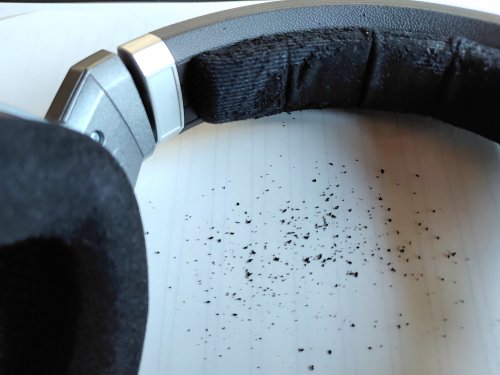 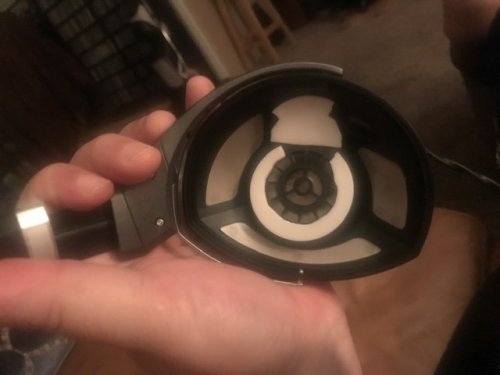 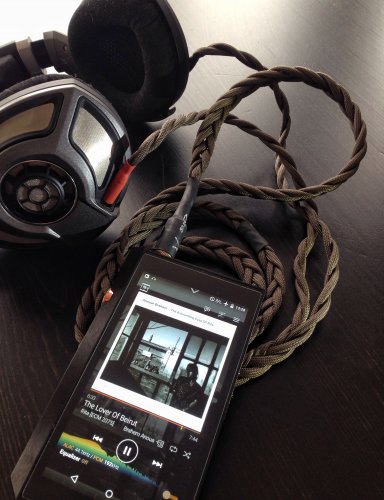 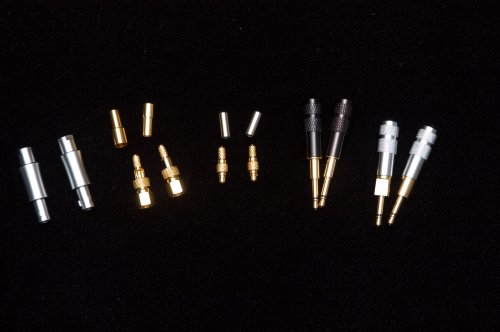 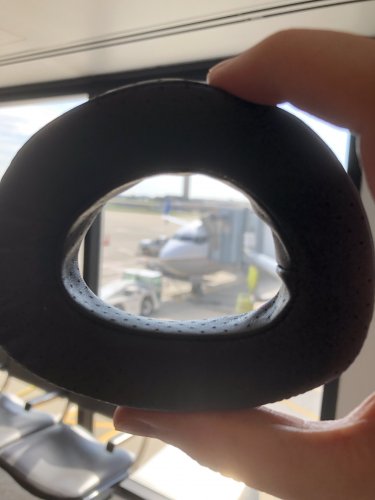 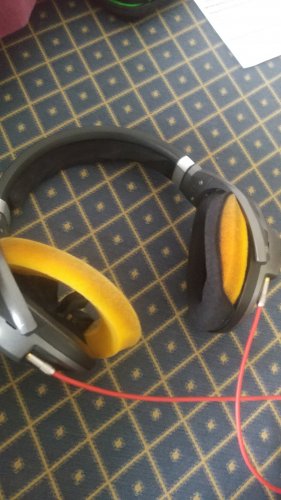 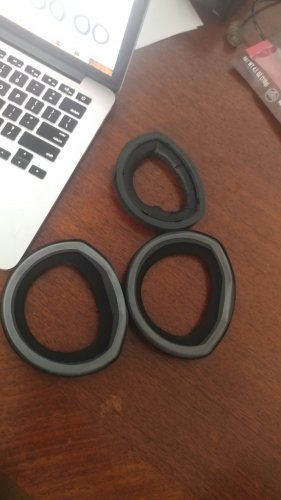 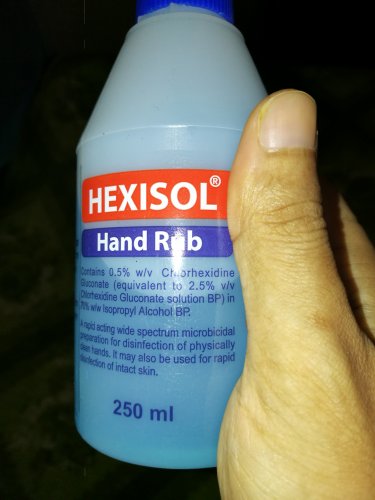 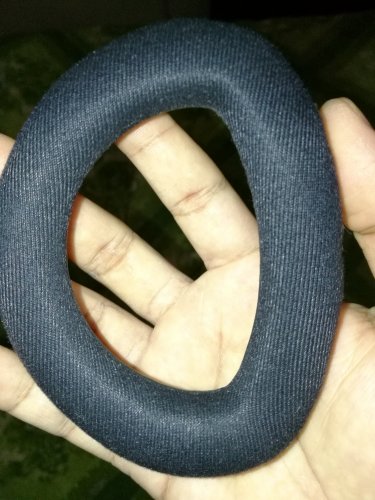 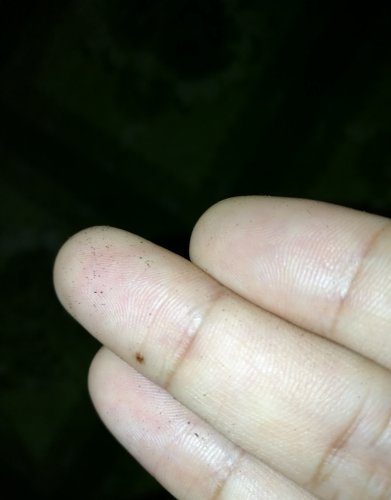 See full thread gallery...
You are using an out of date browser. It may not display this or other websites correctly.
You should upgrade or use an alternative browser.
Sennheiser HD 700 Impressions Thread

is the paint hq? i  dont want it to chip on me

tealrice said:
is the paint hq? i  dont want it to chip on me
Click to expand...


My HE-400 have never chipped, but I baby my equipment.

These are probably questions best suited for the experienced owners in the HE-500 appreciation thread, though. You can find a plethora of information there from the pros.
Emotiva XDA-2 (Gen 2) -> DNA Sonett 2 -> | Focal Elear | Sennheiser HD 800 (SD Mod) | Sennheiser HD 700​
Past Amps- Bottlehead Crack + Speedball | Darkvoice 3322​

The HE500 cups are actually plastic, but they are an incredibly sturdy acrylic plastic, much much more durable than most headphones.

The paintjob does no chip, ever, nor does it take scratches easily; that's one thing Hifiman got down to a tee.

I disliked HD700 because sibliance is very harsh. So I have thrown away HD700 into a junk box. Recently, I changed the cable to doublehelix's balanced Molecule OCC. Hmm, sound becomes very mild. Now HD700 is one of my favorites.

Cables won't change their wonky frequency response and make them sound natural. It's unsurprising that many of the hd700 proponents list it as their only "top" end can. People with extensive experience of highend cans will not recommend the hd700 too readily, and you should put more weight in their opinions when making your judgement. I can say for myself that the HE-500 absolutely destroys the hd700 in all areas except for comfort.

Personally on technicality only the HD700 sit between the HE-500 and HE-6. For fast and energetic music I often preferred the HD700 over the HE-6. I never cared for the HD800 but ended up buying the HD700 after a short listen in a shop.

kyle 491 said:
Cables won't change their wonky frequency response and make them sound natural. It's unsurprising that many of the hd700 proponents list it as their only "top" end can. People with extensive experience of highend cans will not recommend the hd700 too readily, and you should put more weight in their opinions when making your judgement. I can say for myself that the HE-500 absolutely destroys the hd700 in all areas except for comfort.
Click to expand...

Can you recommend a headphone as good if not better than the he 500 with better comfort?

Member of the Trade: Audible Bond

tealrice said:
Can you recommend a headphone as good if not better than the he 500 with better comfort?
Click to expand...

kyle 491 said:
Cables won't change their wonky frequency response and make them sound natural. It's unsurprising that many of the hd700 proponents list it as their only "top" end can. People with extensive experience of highend cans will not recommend the hd700 too readily, and you should put more weight in their opinions when making your judgement. I can say for myself that the HE-500 absolutely destroys the hd700 in all areas except for comfort.
Click to expand...


People also tend to recommend/detract depending on what they themselves own/don't own, so really the best way to form your own conclusions by doing your best to attend meets and listen yourself.

Yes, it can be seen as hyperbole, but also demonstrates my disappointment with the HD700. Owning several sennheiser cans including the HD650 and the HD800s (my favourite headphone), I tested out the hd700 for a month and could not enjoy it despite my best efforts. Regardless of price, the headphone commits several flaws while being unremarkable in any of its attributes- it's soundstage width is much smaller than the K701, its bass is both unimpressive in distortion characteristics, impact and extension (the he400 easily beats it), the midrange lacks both body and naturalness of the hd650. The upper mids are less linear than the hd650, if you regard the hd650s as being veiled and lacking a bit of clarity, the hd700s will be more so. The only area I could see them as acceptable is imaging, which betters most mid-fi cans.

Now what sets apart the HE-500 for example from the staple , former flagships of yesteryear such as the HD650, K701 and DT880? Lets throw in the he-400 as it plays in the same league as the others and is already mentioned as a point of comparison. The first major improvement that strikes me is the midrange, it has great transparency, vocals sound immediate and lifelike, especially noticeable at low volumes. The mids are richer and thicker than the HD650s, which are one of its key strengths relative to its competition. Male vocals, such as the baritone and bass singers in Claudio Abaddo's Beethoven 9th symphony and the Alexandrov Red Army Choir "Oche Chornaya", are better in both body and clarity. Lastly, the mids are highly linear next to something like the HE400, without dropouts that make female vocals sound withdrawn.

The He-500 sound stage is wide, and combined with its imaging, easily betters the presentation of all of the the other four. It does lack a bit of depth and 3-dimensionality compared to the very best imaging cans but is far from artificially stretched out like the K701. Its well controlled and smooth treble is responsible for much of this. It may not be as linear and well extended as the HD800, but is definitely one of its strong points. You could listen to music with lower dynamic range and and modern mastering at higher volumes without wincing in pain like you would on the dt880 and the K701 while hearing all of the detail. The tonal balance on the HE-500 is close to perfect and better than the HD800s in my mind, making it more versatile, playing all genres well.

In contrast the K701 is biased towards classical and chamber music because it lacks bass, the HD650 doesn't have the width or treble presence for large scale orchestras, the dt880 lacks presence and naturalness in the mids for vocal heavy music and can sound overly bright with electric guitars. The HE 400 is less suited for acoustic music than electronic music due to its v-shaped tonal balance.

The bass on the HE-500, while not being quite as tight as the HE-400, has great texture and body to it. Planar Magnetic bass in general is very tactile; you can feel the skin of the drum and its reverberations after impact. You do not get this sensation on the others. The Mid bass has great impact and slam next to dynamic cans such as the HD650, DT880 and K701. The HE-500 bass has qualities that are better in some ways to the HD800; the HD800 has sharper and more defined upper bass impact and more sub-bass extension and quantity, but loses out in Mid-bass impact and tactility/texture IMO. Neither the HD650, DT880 or K701 even come close to the HE-500s bass performance.

tealrice said:
Can you recommend a headphone as good if not better than the he 500 with better comfort?
Click to expand...


I would say the HD800, but that's if you favour a sound signature closer to the K701. The HE-500 to me feel like a direct upgrade to the HD650s, improving on its strongest areas and shoring up its weaknesses (less veiled upper mids, more treble, wider sound stage, far better bass), while not departing too much from its tonal balance and forgiving nature. The LCD series treble is more refined and detailed than the HD650 and has incredible bass but doesn't really improve on the sound staging and treble presence in my mind.


Explain what you like on the hd700 over the h800, or other senn headphones, thanks.

extrabigmehdi said:
Explain what you like on the hd700 over the h800, or other senn headphones, thanks.
Click to expand...


And make it snappy!

Sorry about the delay.

Well, first of all I don't like the strong 'Sennheiser veil' on the HD650. HD598 on the other hand sounds quite bright and HD600 falls nicely into the middle. HD800 sounded also quite bright to my ear. I have listened them twice - the other one was paired with Lehman Rhinelander and the other one was directly from a CD-player which I can't remember anymore. HD700 I also listened with the Rhinelander. First of all, HD700 was more comfortable at least in my head. Probably because it's lighter and the earpads are smaller. I am not an 'audiophile' who can hear differences between cables etc and I can't really tell in detail all the differences between the two, but overall HD700 'felt' better for me. The sound wasn't as bright as with the HD800, but still brighter than the HD600. It would have been interesting to also compare HD598 and HD700 at the same time, because I think the newer HD598 shares some characteristics with the 700 and 800.
Work: Focal Elegia, Grace Design m900
Home desktop: Genelec 8331+7350, RME ADI-2 DAC, Stax L300 limited + SRM-252S, HD58X
Living room: Genelec 8340, BlueSound Node2i
You must log in or register to reply here.