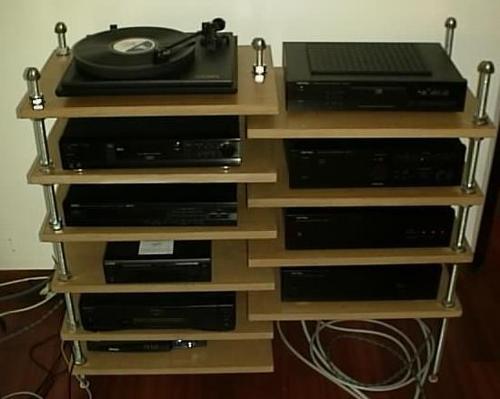 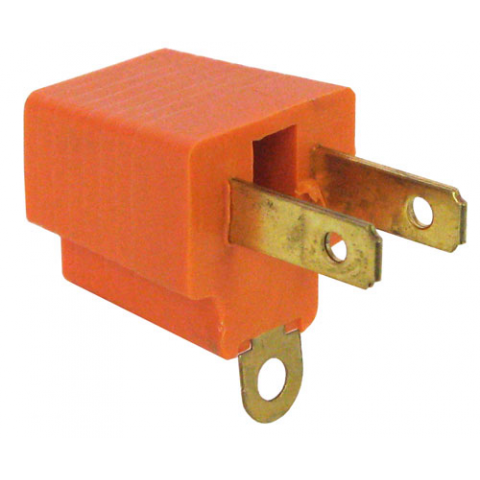 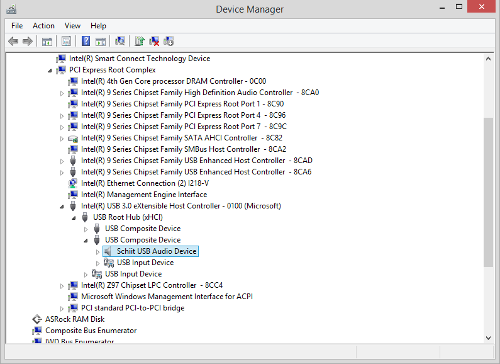 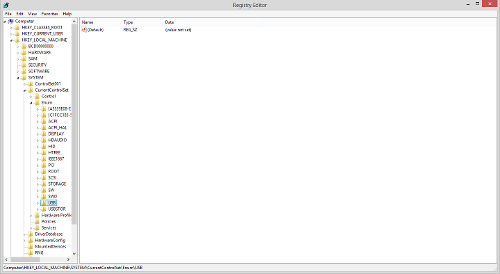 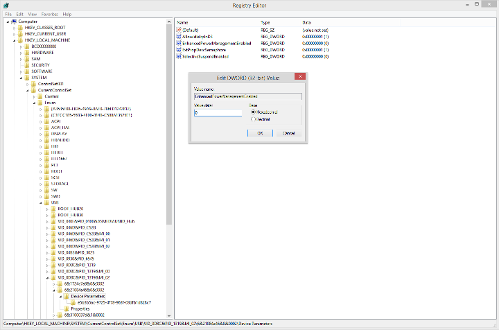 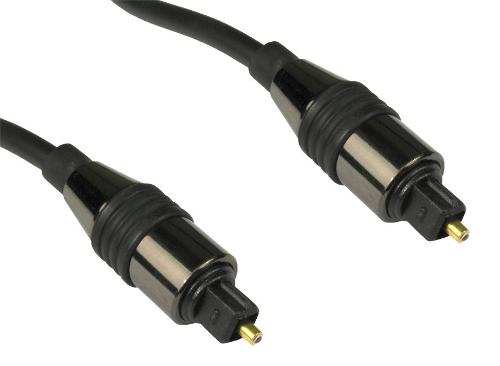 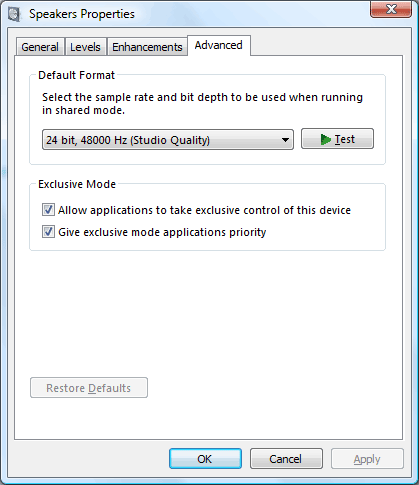 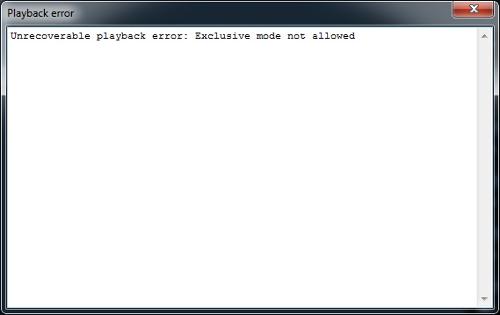 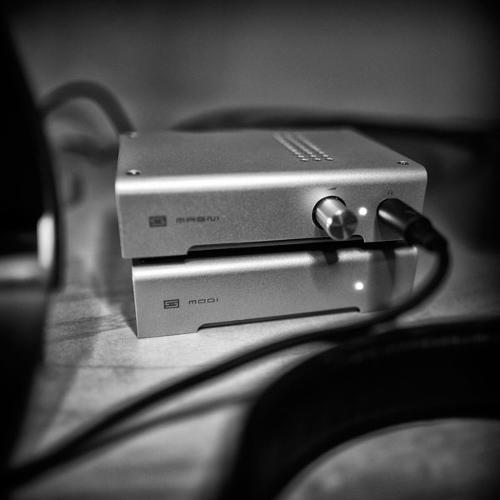 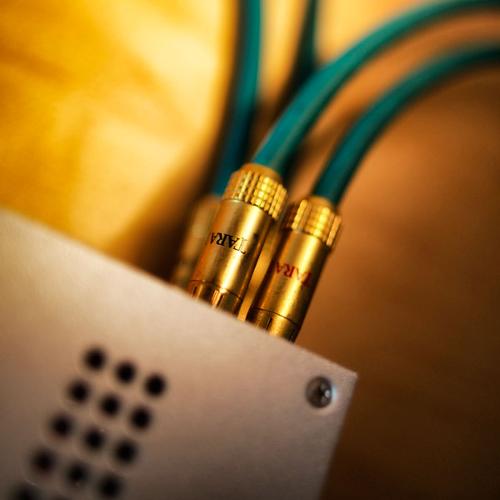 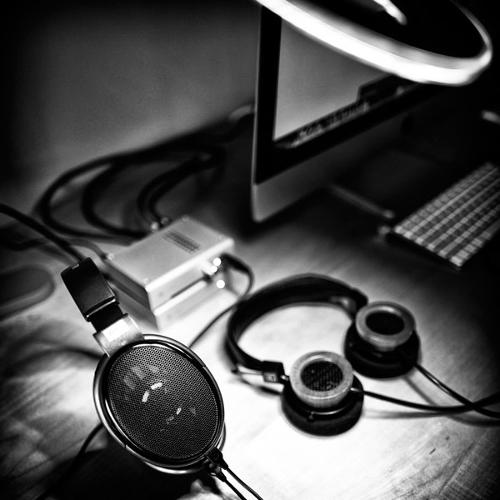 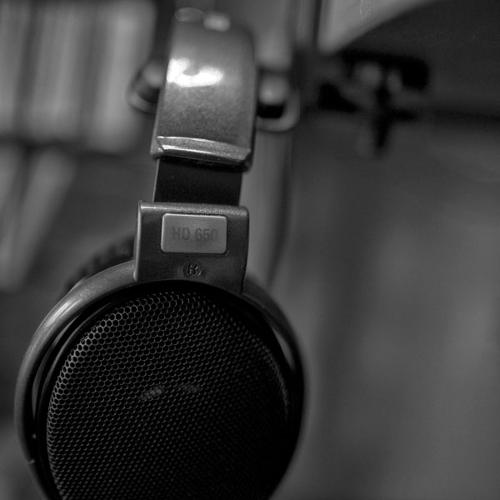 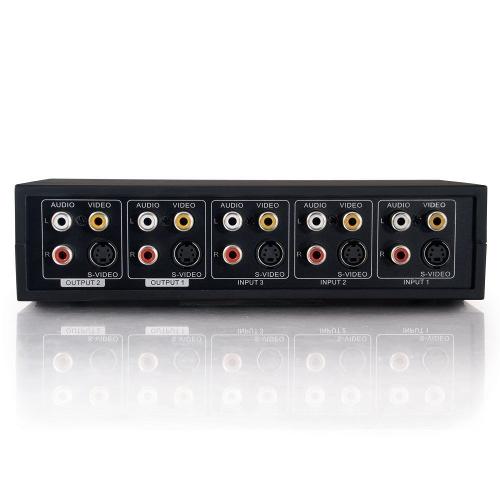 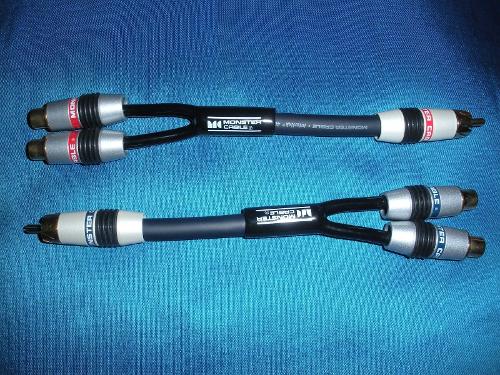 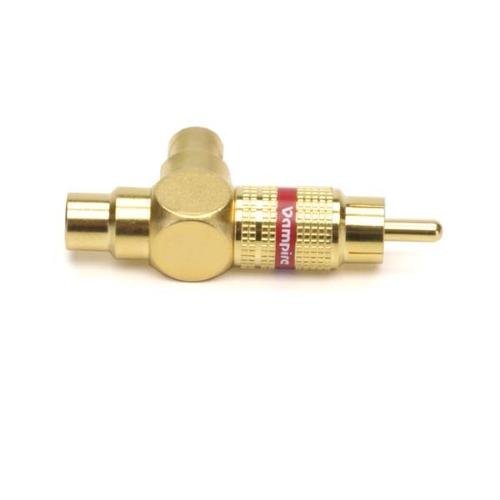 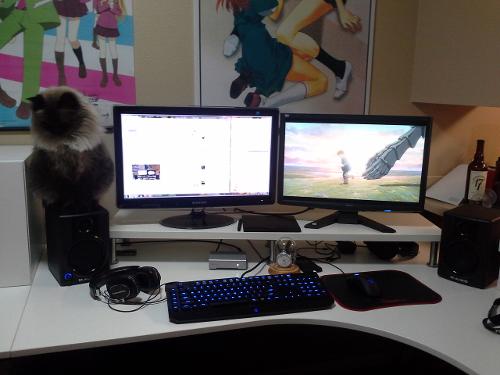 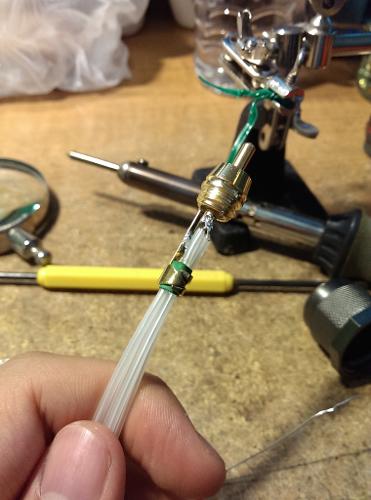 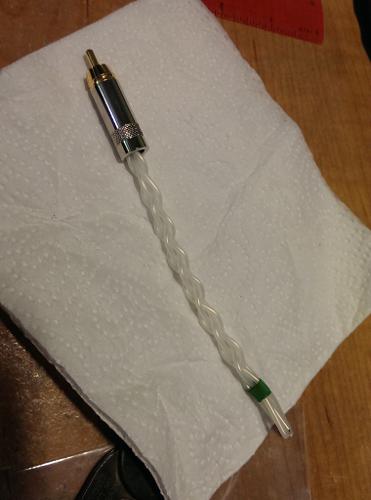 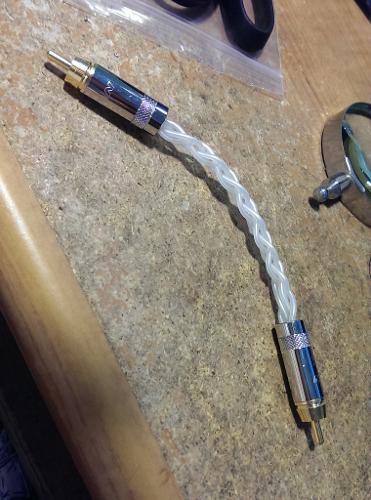 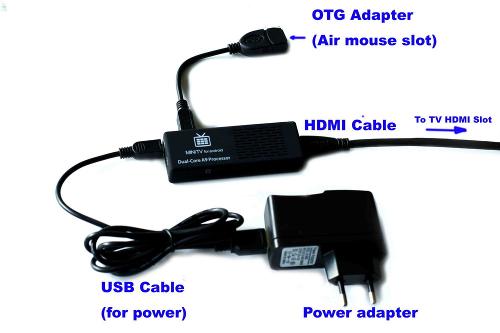 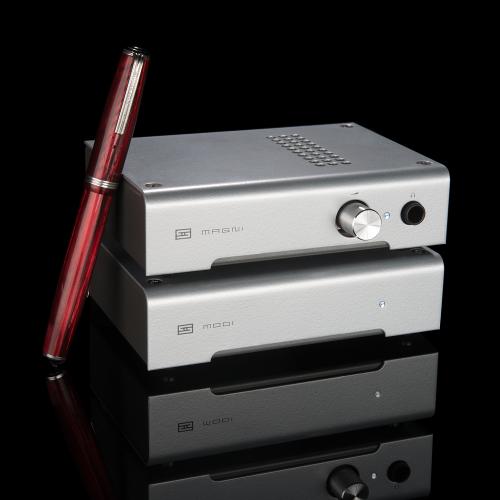 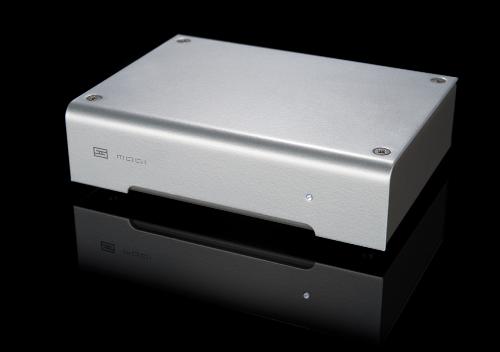 You are using an out of date browser. It may not display this or other websites correctly.
You should upgrade or use an alternative browser.
Schiit Modi USB DAC

I was thinking about splicing the cable so that the power was delivered separately to the signal rather than from the laptop USB port. I wasn't planning on any mods to the Modi itself.

Its just that a couple of reviews I've seen have powered the Modi from the iFi iUSB unit and say it's better. The only problem is that the iUSB costs twice as much as the Modi.

Maybe a powered hub is the answer, but I was thinking of maybe a small regulated 5volt PSU feeding it power through a spliced cable, or maybe via a through connection on the PSU where it takes in the USB signal from the laptop, but the output to the dac uses the regulated and clean 5volt supply.

Its only a thought, hopefully if I keep taking my tablets this madness will subside.

BTW I thought that the ferrite beads only helped with RFI and wouldn't do much for other noise.

jarvik said:
Would the Modi be a good choice for a DAC in a stereo system (with full-size amp and speakers, not headphones)?  It would be great if I could turn my laptop into an audiophile-quality server for 99 bucks.
Click to expand...

If the only input you need is USB then yes, it would be.
Bifrost 2 > Jotunheim R > SR1a

dudemycans said:
I was thinking about splicing the cable so that the power was delivered separately to the signal rather than from the laptop USB port.
Click to expand...

This might be a better option - USB cable and DC PSU go into one side, they go out through another USB cable on the other side. You have the option then on using any clean DC PSU you have lying around, or even get an ELPAC, just watch the specs. If you really want to isolate the power from the laptop, just cut the conductors on the power pins on the USB cable you'll use from the laptop going into this.

I was planning on ordering that and the Modi next month but my poor cat just racked up a $110 bill at the vet.

Thanks ProtegeManiac, that looks exactly what I'm looking for.

tdockweiler said:
I'm shocked there doesn't seem to be more interest in this DAC. Not many impressions of it to be found anywhere..

Someone else go buy it and review it already!

I guess i'll go use that thing called "Search". I'm probably in the wrong thread.
Click to expand...

no man, tdockweiler, if you are in the wrong thread, I think I am too! I seemed to have so much trouble prowling through the pages for detailed comparison between ODAC and Modi and I think I seemed to find some answers from your reviews!

Your comparisons in the mids are very crucial as I listen to many vocals.. however, there is also another part which you mentioned on that are crucial to my tough decision between these 2, depth and soundstage.. I listen to orchestral as well and these 2 qualities plus imaging are quite high on my list as indicators to my choice.. so are these qualities just edging Modi to be the winner over ODAC just by the smoothness you mentioned?

really torn between these 2 DACs as I wanna shorten my signal path to just one box instead of using a USB-SPDIF converter now to another DAC to do the D/A conversion.. right now I am powering my headphones using a speaker amp through an attenuator, so I am really looking into a DAC that is not bank-breaking and is really capable of delivering the most transparent sounds with good imaging to begin with the amplification.. ODAC seems really well developed but price of Modi and 88.2khz support is also hard to resist...

Just found out that my Modi has gone AWOL in transit and it looks like it'll be at least another week before I get it.

I have been enjoying the Schiit Magni several months now, and have started thinking about the Modi DAC. Im not sure whether the Modi would be an upgrade over the Xonar DX which I am currently using as my DAC. Any thoughts/suggestions?
Xonar DX (ASIO) > Schiit Magni > BeyerDynamic DT880 Premium 600 ohm

Having paid a lot to have my Magni shipped in to the UK and then decide I could really do with a proper source I'm a little reluctant to buy an accompanying Modi from overseas. Are then any comparable DACs at the price point? I heard the Topping D20 was a good contender but not many impressions on Head-Fi.

Opinions?
[size=1em]Start with a budget, finish with a mortgage. [/size]

Why not just buy the Modi from the UK supplier?

(To save you the searching they're called Electro mod).

My son is still thrilled with the Modi/Magni that I gave him in January for his birthday.  In addition to using it with his Macbook pro, the Modi works great as a DAC with his iPad mini and lightning camera connection kit, without needing a powered USB hub to power the DAC.

The Modi is not quite as detailed and airy as a Nuforce HDP when it's used as a DAC only, but the Magni amp paired with the HDP as a DAC is an upgrade over the slightly aggressive sounding amp built inside the HDP. So, I'd place the Modi DAC closer to the level of the uDAC-2 or Audioengine D1, both of which cost more than the Modi alone but less than the Schiit M&M stack.

His M&M stack is mostly used to drive some HE-5LE, HD600 and HD25-1 II, with which it seems to pair with all of those equally as well.
Larry Head-Fi Feedback
See my PUBLIC PROFILE for links to my reviews (being updated)
Recent Reviews: (1) V-MODA Crossfade M-100 Review
(2) JH Audio JH16Pro Freq-phase custom IEM
(4) Westone ES60 custom IEM

dudemycans said:
Why not just buy the Modi from the UK supplier?

(To save you the searching they're called Electro mod).
Click to expand...


I considered buying my Magni from them but it still works out cheaper to buy from the US even after customs.
[size=1em]Start with a budget, finish with a mortgage. [/size]

Because it's supplied with a UK wall wart and through a distributor. The modi only works out marginally more (less than £10 if I remember right) from electro mod than direct from schiit as there's no wall wart needed.

fihidelity said:
I considered buying my Magni from them but it still works out cheaper to buy from the US even after customs.
Click to expand...

lawrywild said:
Because it's supplied with a UK wall wart and through a distributor. The modi only works out marginally more (less than £10 if I remember right) from electro mod than direct from schiit as there's no wall wart needed.


I've just realised the other DAC I was considering wasn't asynchronous. Is the Modi and if so what benefits does that provide?
[size=1em]Start with a budget, finish with a mortgage. [/size]

Yes the Modi is, and the benefits are theoretically less jitter, but it's not really a big deal.

Has anyone gotten their modi to work with an droid? I've tried with sg3, with and without usb hub, but couldn't get it to work. E7 works on sg3, but not modi.
Also, is there anything I can do about hissing on modi?
Writer for CYMBACAVUM.COM
You must log in or register to reply here.