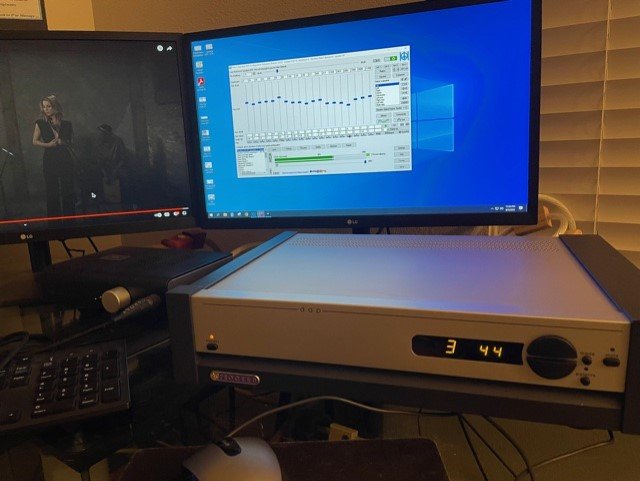 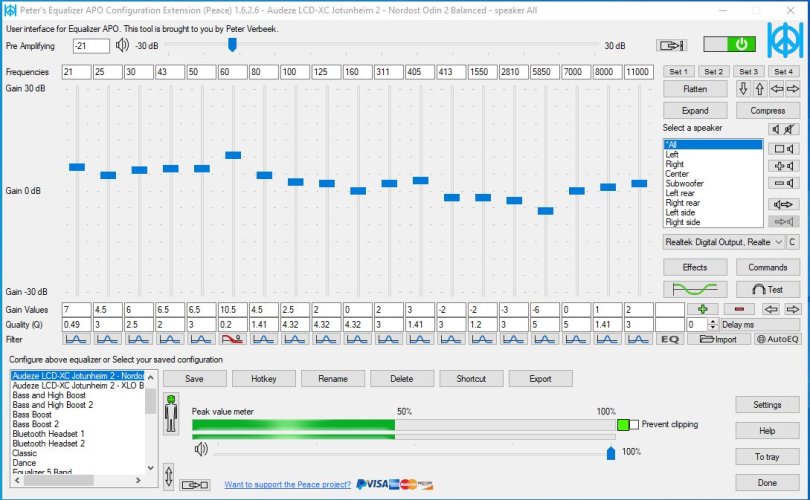 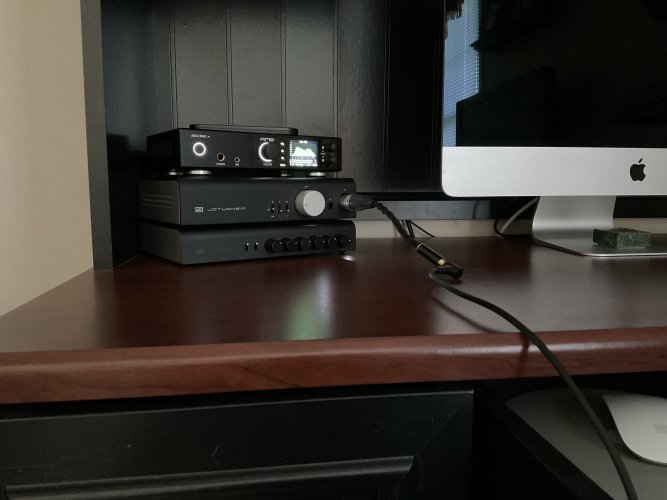 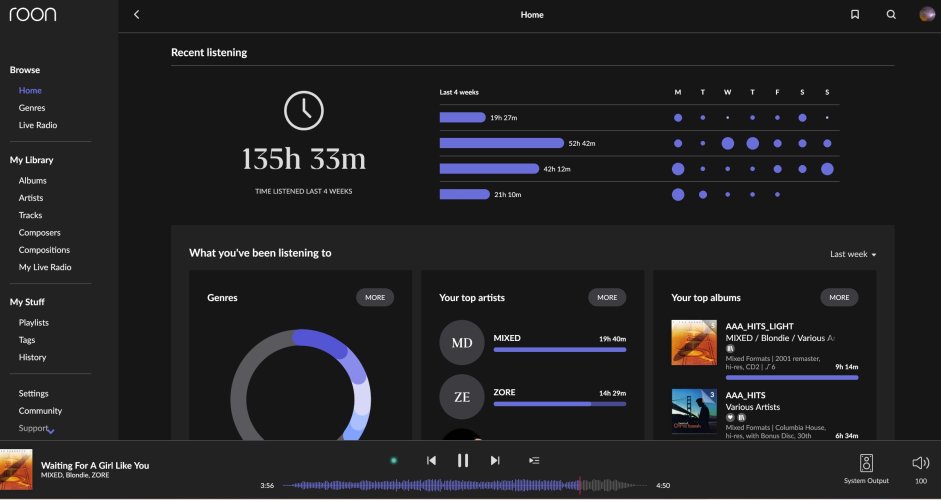 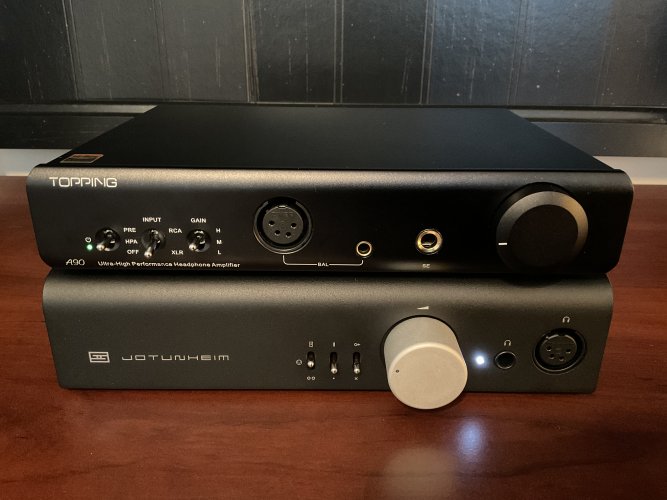 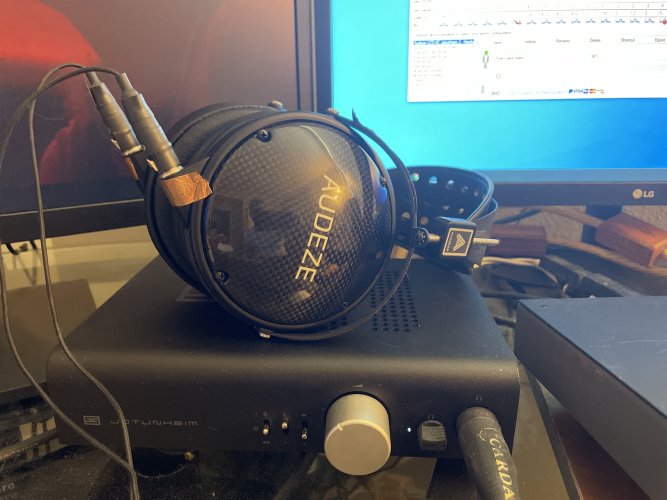 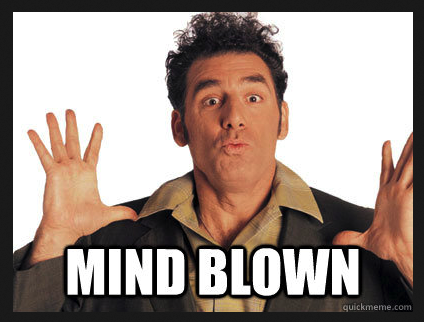 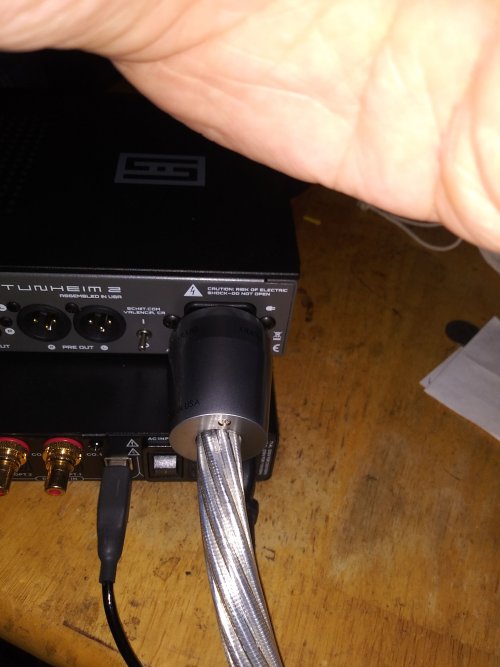 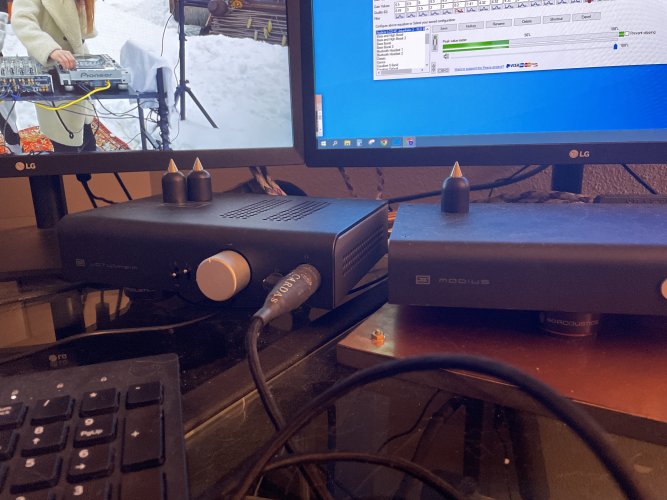 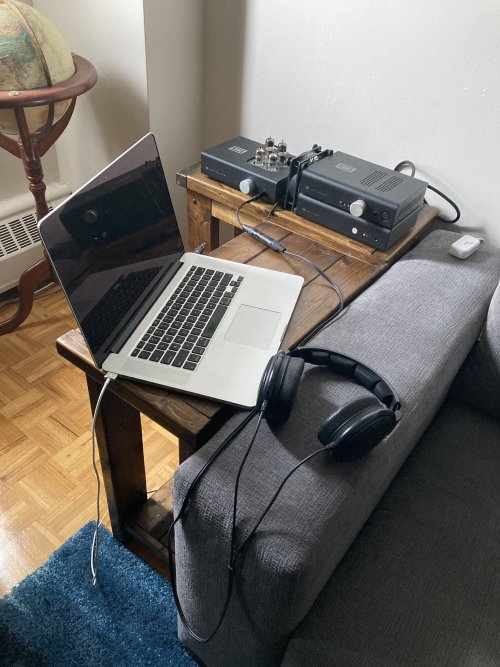 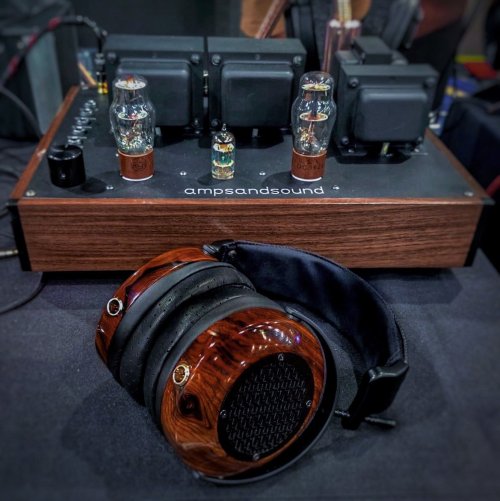 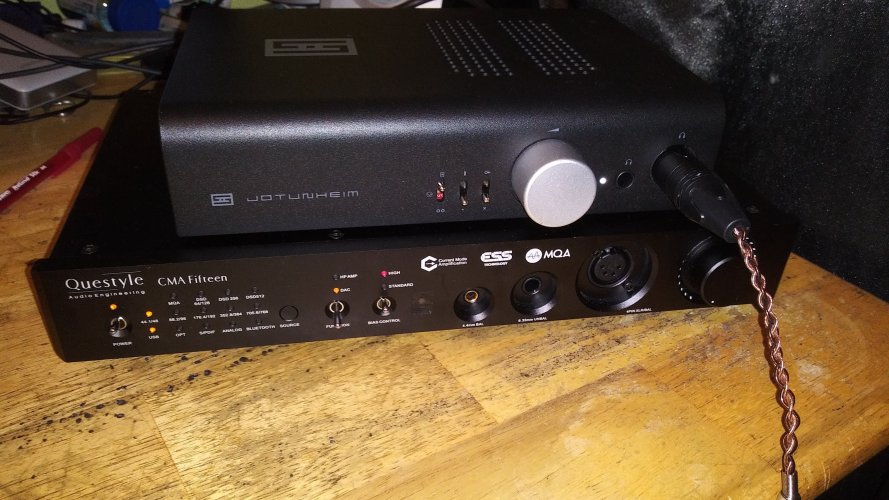 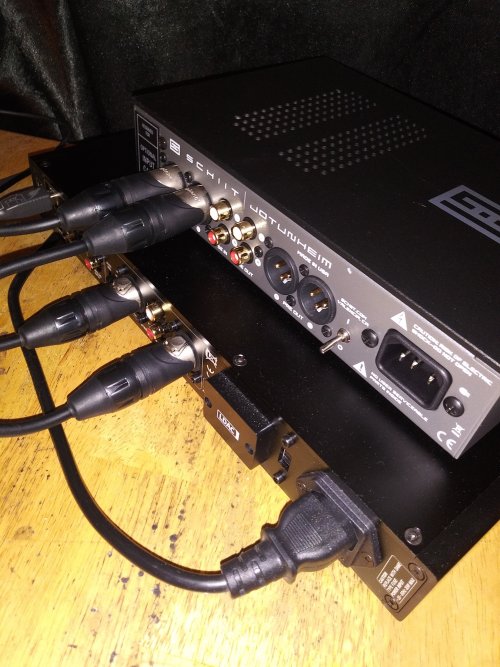 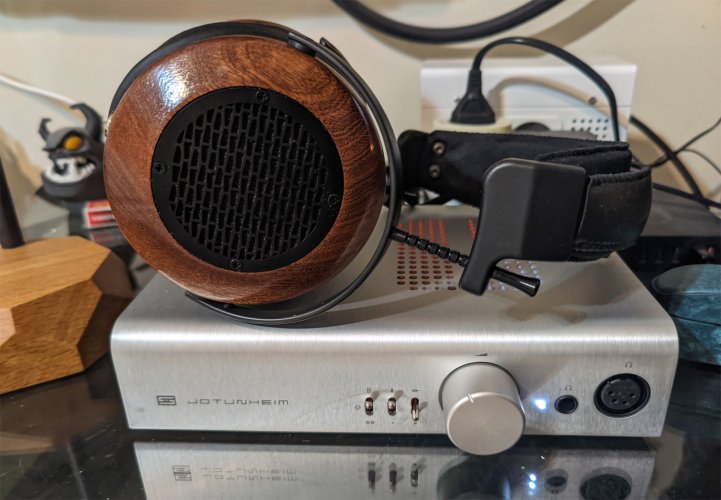 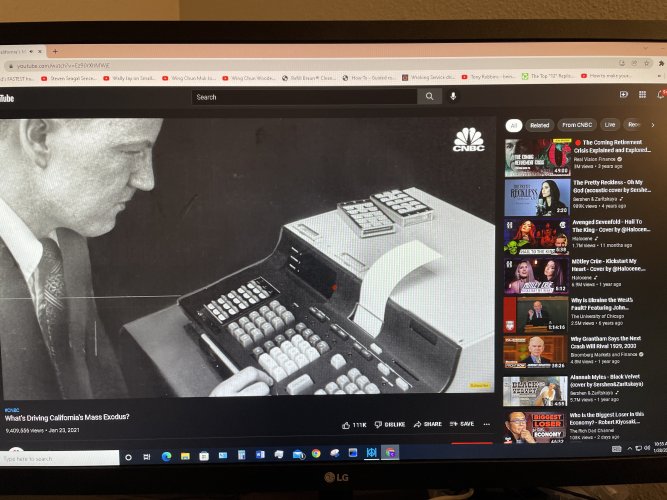 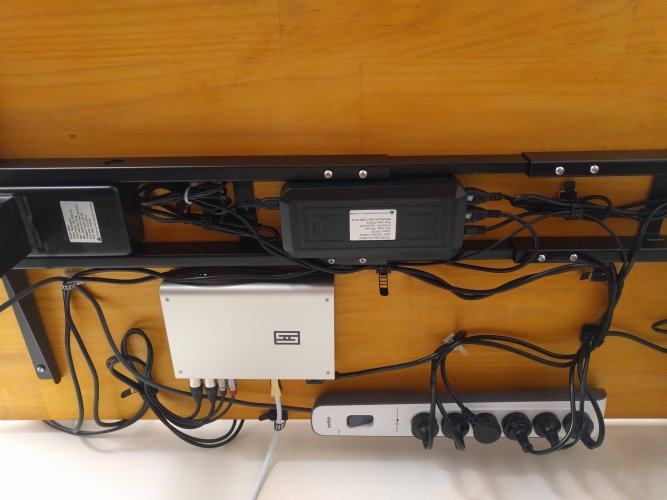 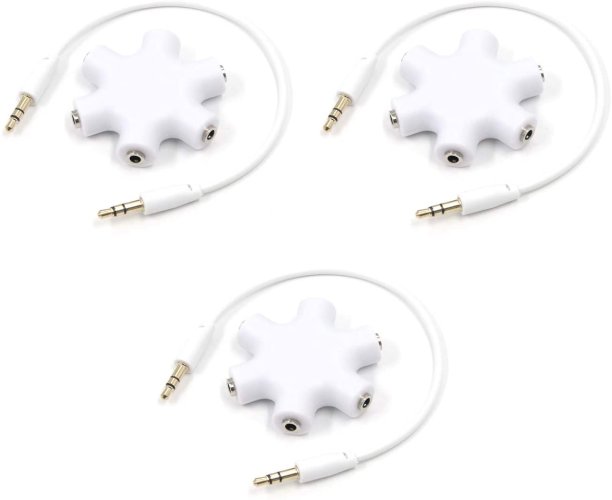 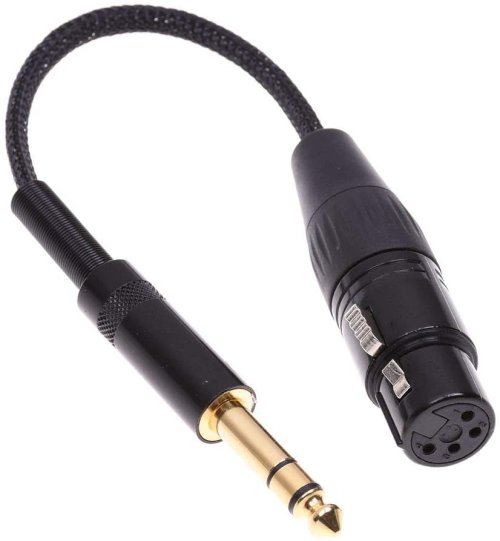 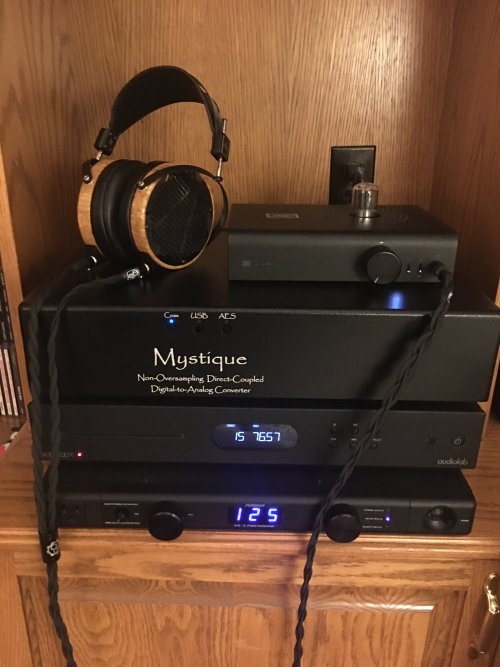 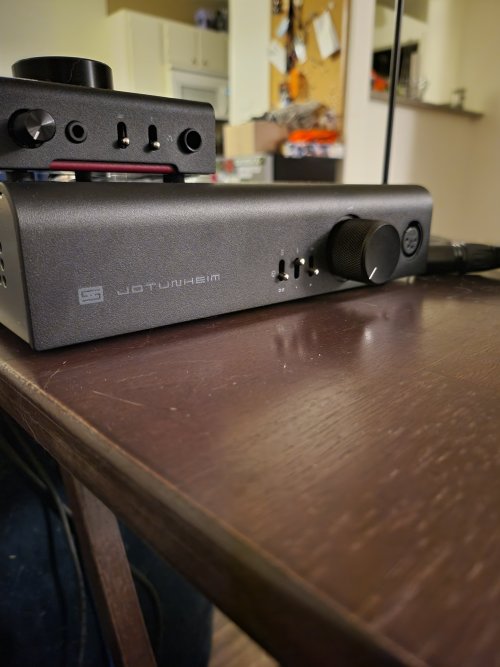 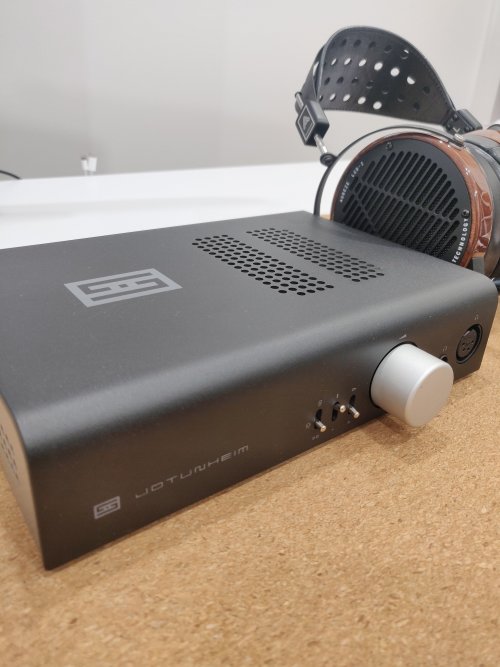 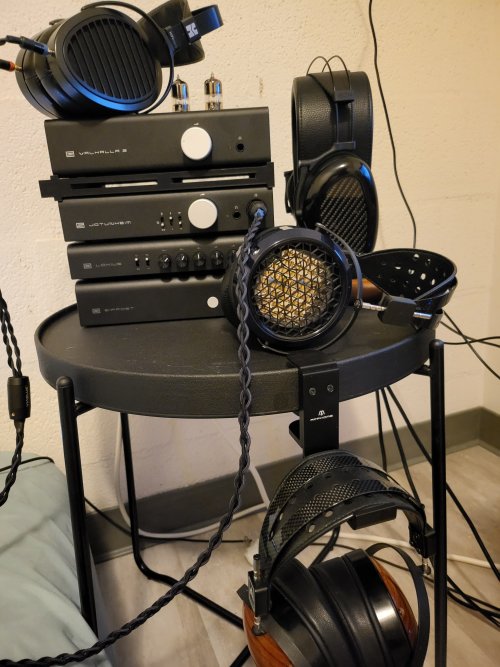 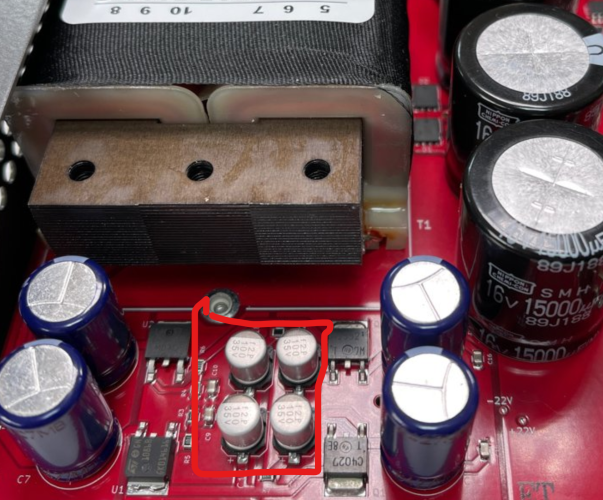 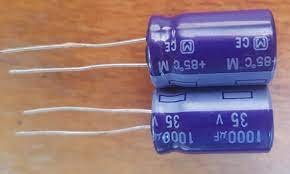 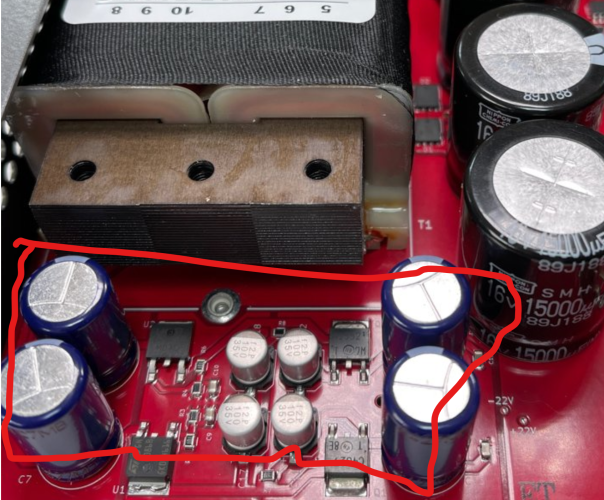 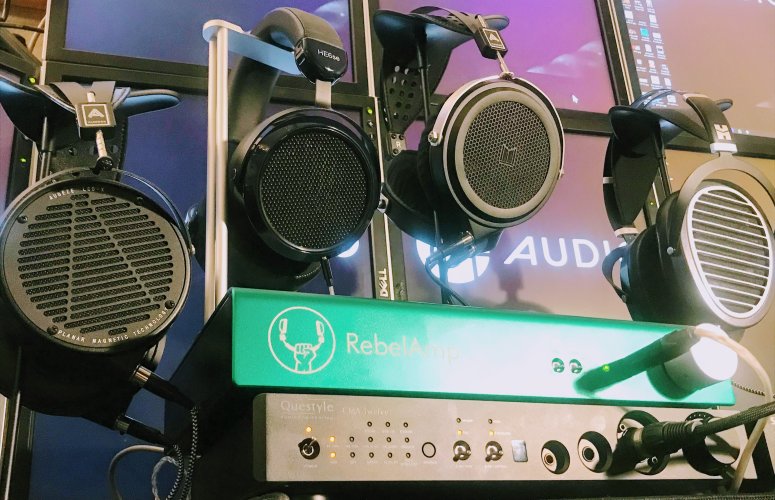 You are using an out of date browser. It may not display this or other websites correctly.
You should upgrade or use an alternative browser.
Schiit Jotunheim 2 - Impressions Thread
T

Soundmancan said:
That's one heck of a Schitt stack you got there! The only way I would describe Jot 1 as being warm would be when I put my hand on it! Lol.
Click to expand...

As someone looking at getting back into headphone listening after 'many' years away (last phones I had were Stax c. 1970's), and with a nod toward what I have on hand between casual listening and audio recording, how does this Jot 2 sound with BAL input and SE output?

As someone looking at getting back into headphone listening after 'many' years away (last phones I had were Stax c. 1970's), and with a nod toward what I have on hand between casual listening and audio recording, how does this Jot 2 sound with BAL input and SE output?
Click to expand...

It sounds great actually. Sitting here listening to it through the se output on my Philips shp9500s. No complaints here.

Soundmancan said:
Well, what I can do is relate to you my impressions of both stacks as I hear them and what I enjoy. I don't know where you stand as far as the measurement game goes or how important that is to you, but if this is something you care about the Topping stack wins in that regard. Although measurements may play some kind of role in improving sound quality, I am not sold on the fact that insane measurements equates to better sound. After all, many people love the sound quality tubes bring and we all know how they measure. So in the end, go for whatever brings you the most enjoyment for your music. Comparing the stacks, I would say the Schitt stack is superior (IMO) because of the multibit sound which I am a proponent of, to me the music just sounds more substantial and real whereas the D90, while being a very good DAC just sounds drier and less engaging to me. The A90 is a very good transparent amp that doesn't impart any coloration of its own and allows the DAC to shine through. Regardless of what many will tell you, a DAC isn't just a DAC IMO. It is a device that creates music! It is taking those ones and zeros and recreating the original analog signal from them. I am no engineer, but the more accurate the recreation of that signal the better the sound will be. Both DACS do this in different ways and I'll leave it up to you to which technology you prefer, but to me multibit is where it's at hence why I much prefer the Bifrost 2. The Jotunheim 2 I have had for a few days now and I prefer that to the A90 because it is a discrete amp, not chip based, has gobs of power that powers my Arya's, HD600's and Elex the way they were meant to be. It maximizes the attributes of my headphones. It also has a better soundstage and ever so slightly on the warm side of neutral which imparts a richness to the music that I very much enjoy. The A90 powered them for sure, but didn't maxmize the headphones the way the Jotunheim 2 does. The bottom line is, Schitt maximizes their gear for the best sound quality at their spcific price points and Topping is maximizing their gear for the best measurements with sound quality being a secondary consideration. Not saying the Topping doesnt sound good because it does, but just not as good as my Schitt gear. These are just my 2cents and ymmv. Hope this helps. Also, I am not into MQA or DSD or any ultra hi-res 768k stuff, give me a well mastered recording on redbook audio and I am golden. My CD's from the 80's, for the large part, sound much better than the new stuff these days due in large part to differing mastering ideologies, IMO.
Click to expand...

Understood and thanks for your input. Measurements are secondary for me ( I can barely read a graph ) and sound quality definitely higher in priority. Just a little hesitant because of how much tax and shipping would cost which may put it above my price range. Perhaps I should be more patient and wait for an opportunity to try them out when we can finally travel properly.
Empire Ears Zeus-R Review
Massdrop x Noble X Review
Massdrop x NuForce EDC Review
Noble Audio Katana Review
Ultimate Ears Reference Remastered Review

just received this yesterday from schiit. ive had none of the issues so far previously posted so im glad. I like the look of it with the joan of arc sticker personally

blackdragon87 said:
just received this yesterday from schiit. ive had none of the issues so far previously posted so im glad. I like the look of it with the joan of arc sticker personally
Click to expand...

Mark-sf said:
Congrats!
Hadn't noticed before, but the black finish has a different style (not simply finish) knob from the silver one. Does yours still have the set screw?
Click to expand...

i dont believe it does but i may be wrong. first piece of black schiit

blackdragon87 said:
i dont believe it does but i may be wrong. first piece of black schiit
Click to expand... 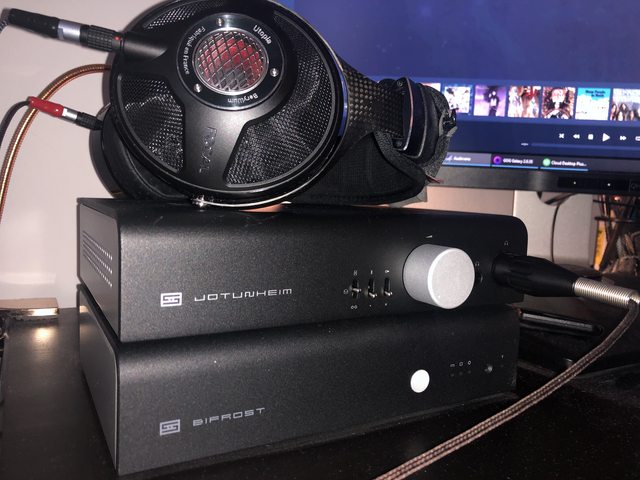 Aesthetically it looks the same as its predecessor except for two things:

Packaging is exactly the same as its predecessor as well, and mine did indeed come with a Schiit sticker.

I've run a quick test and both channels are working, as well as the pot seems very smooth so it appears my unit is in perfect working order.

Some initial impressions with my Bifrost 2 > Jotunheim 2 > Focal Utopia chain (going full-on balanced.)
All in all, a decided step up from Jot OG and crazy, crazy value for $399. Highly recommended.

Were u using HIGH or LOW gain with balanced in and balanced out?

adydula said:
Congrats on the JOT2...

Were u using HIGH or LOW gain with balanced in and balanced out?
Click to expand...

Low gain. I always use low gain and never go past 12 o'clock on the knob. In fact, I was at about 12 o'clock when my wife locked herself in the bedroom so that's a level I'm not allowed to match anymore in the future. High gain would probably deafen me.

It might be a good idea to get an SPL meter and measure with a test tone to see where u are actually listening at??

I have an old Radio "Rat" Shack SPL meter I use...made an el cheopo adapter (1/4 " mounting photo board) with a hole cut out in it.
I put it on the earpad and place the meters probe in the hole a snug fit and play a 1khz test tone and turn up the volume to see where 70,75, 80, 85 etc are
on the volume dial.

The only variance then is the level (replay gain) is different between tunes...so be careful with this or us re-play gain leveling in your music player to mitigate.

I think the new Jot 2 is a excellent all around performer...when i had it a few months back I even used it with some Susvaras and they played very well..

I should probably get a SPL meter, though. Good to have an idea how loud I'm actually listening to; I'd hate for my tinnitus to get worse (it's manageable right now.)

Gear 101: How to Use an SPL Meter - Bing video
You must log in or register to reply here.