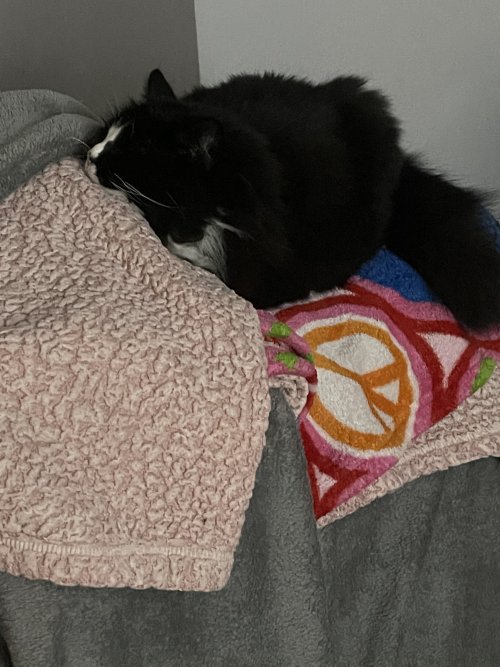 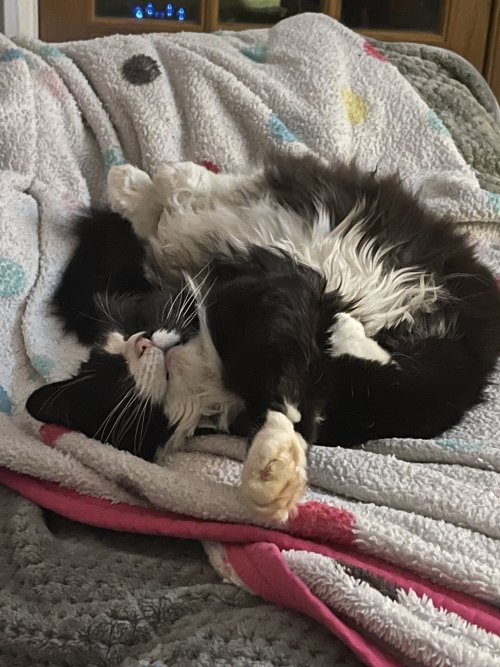 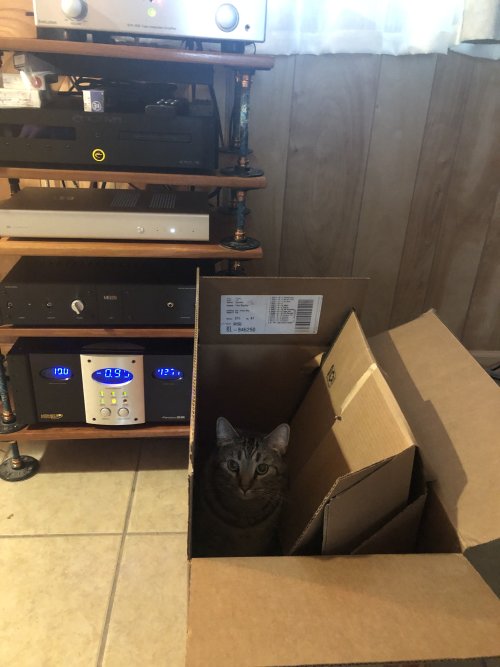 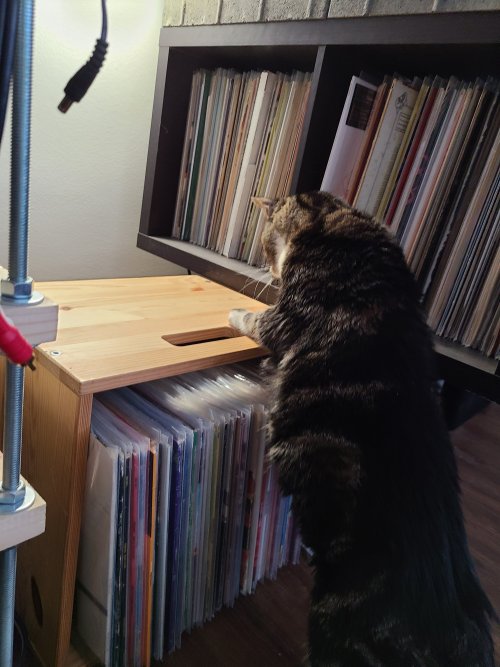 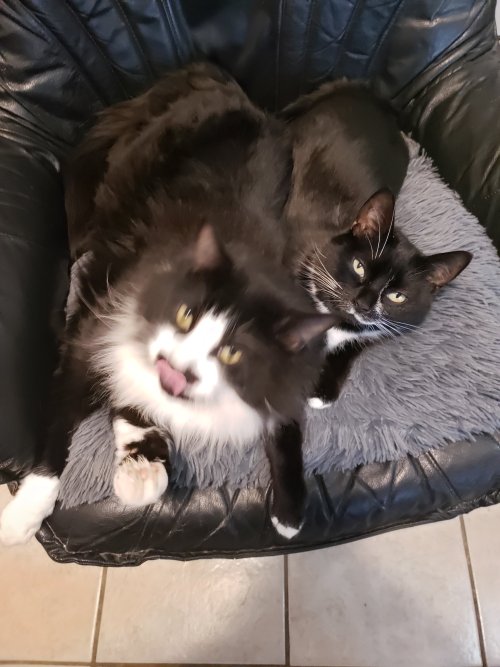 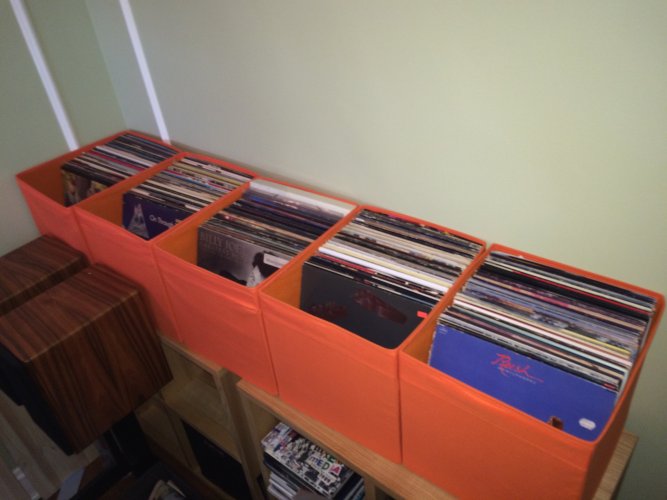 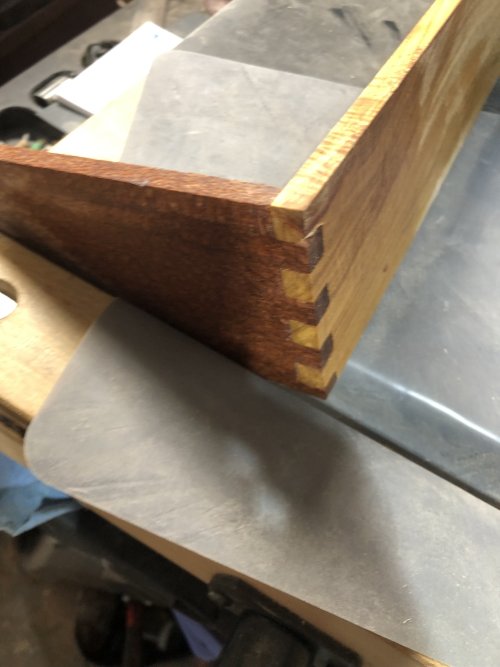 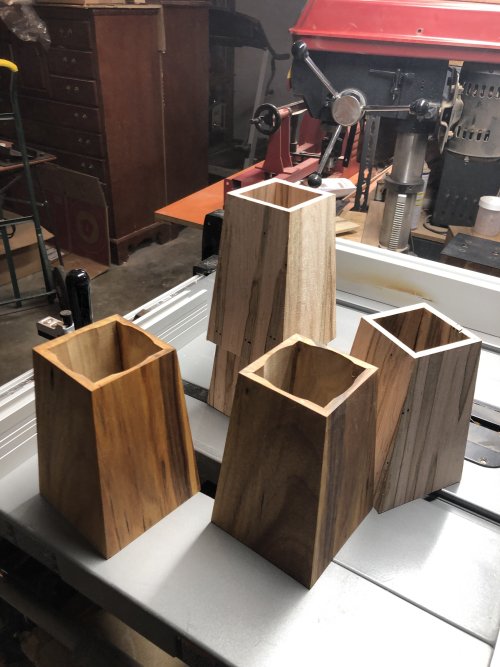 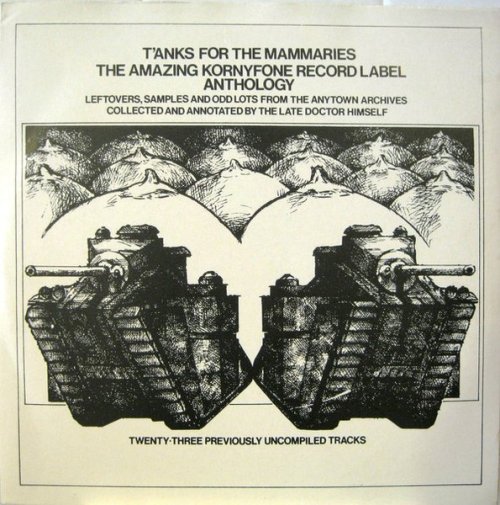 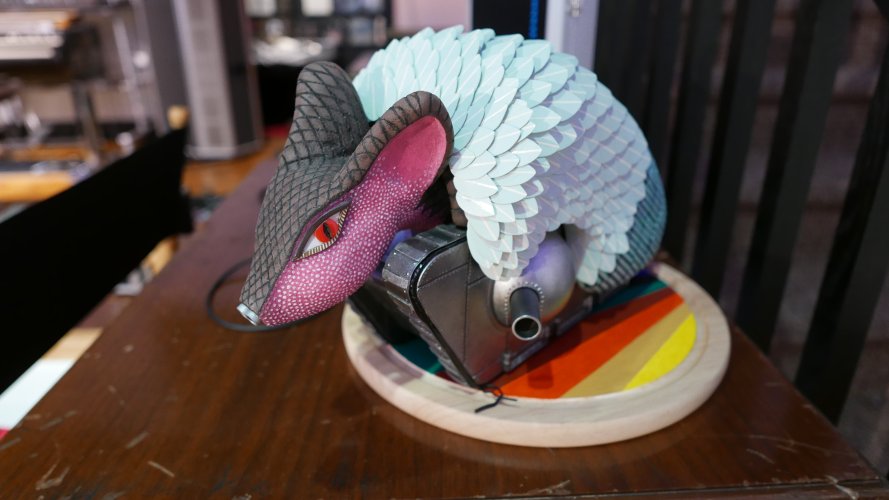 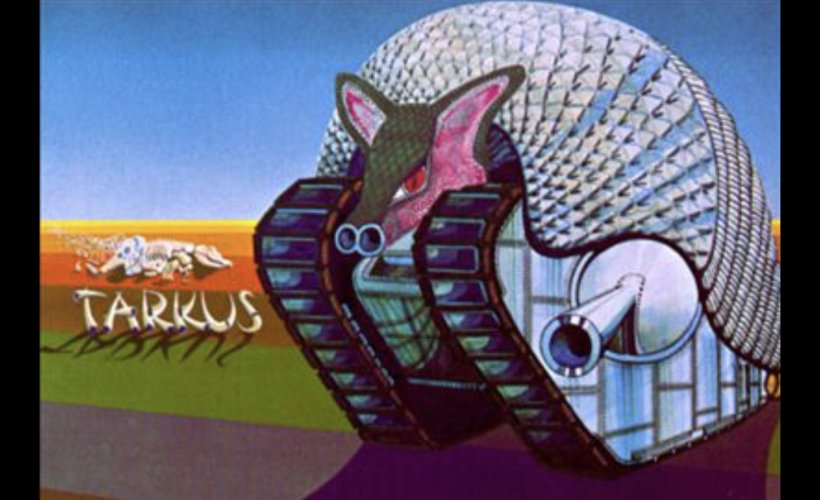 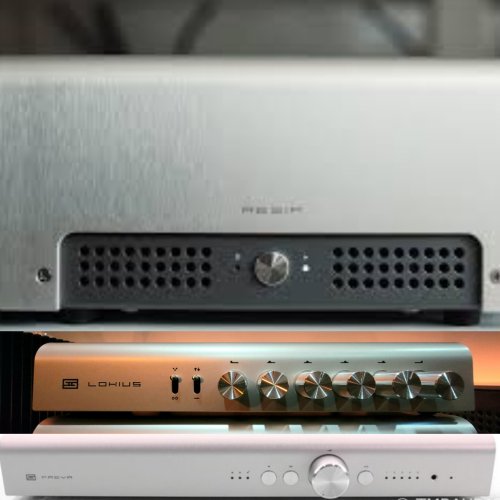 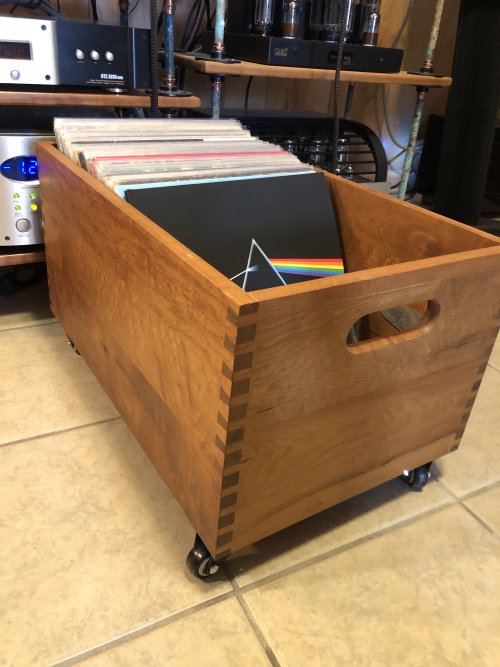 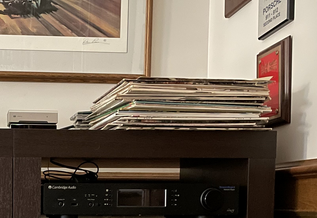 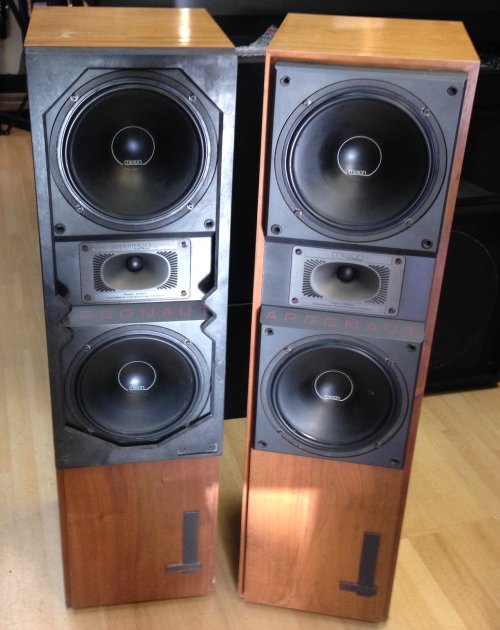 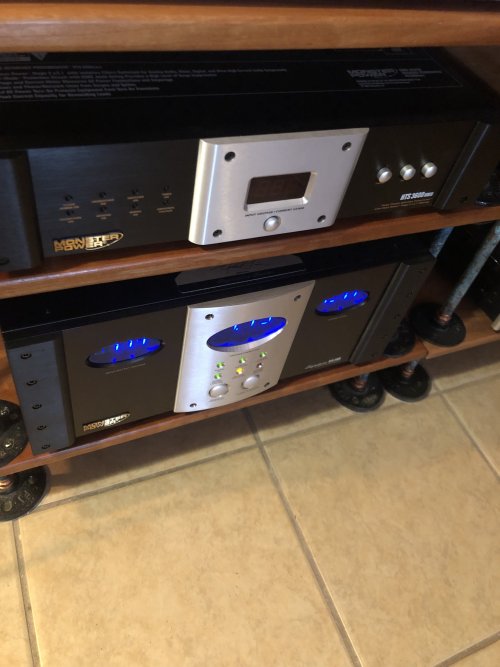 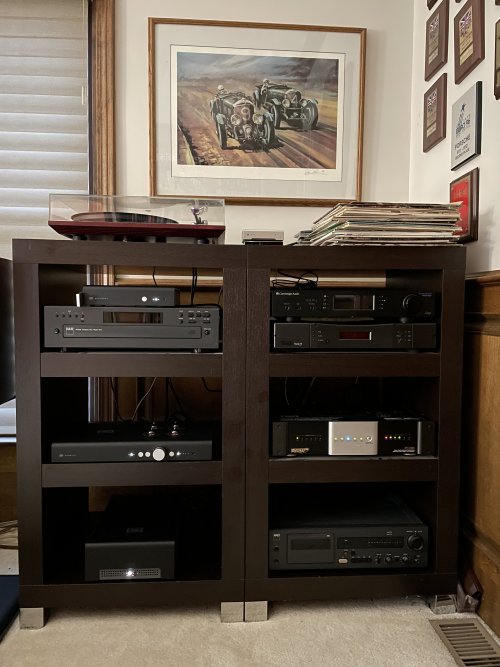 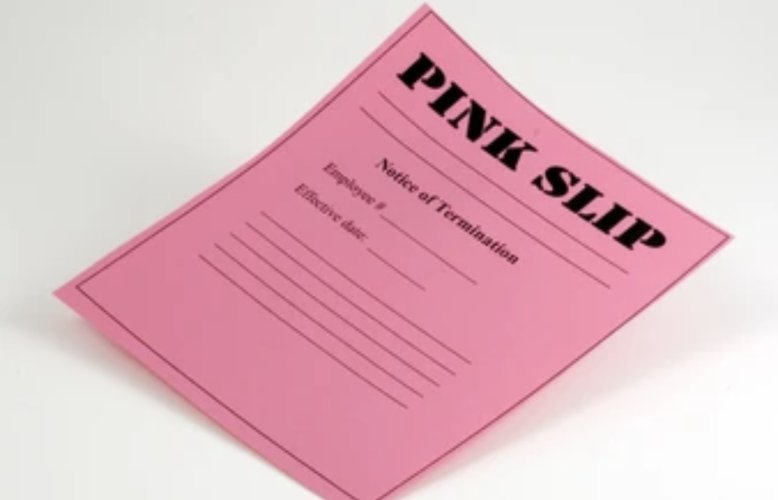 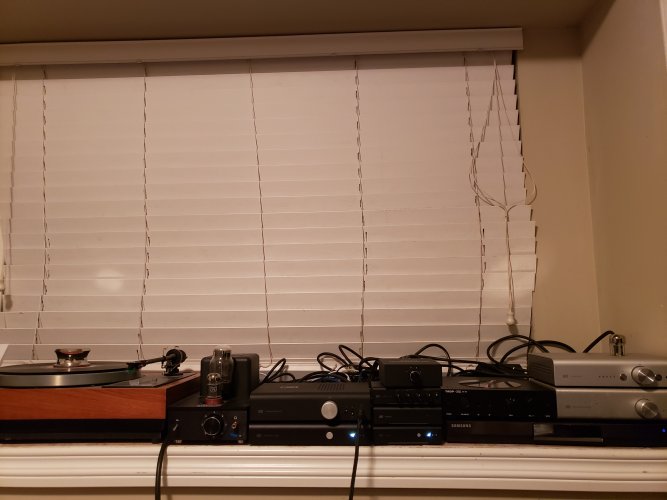 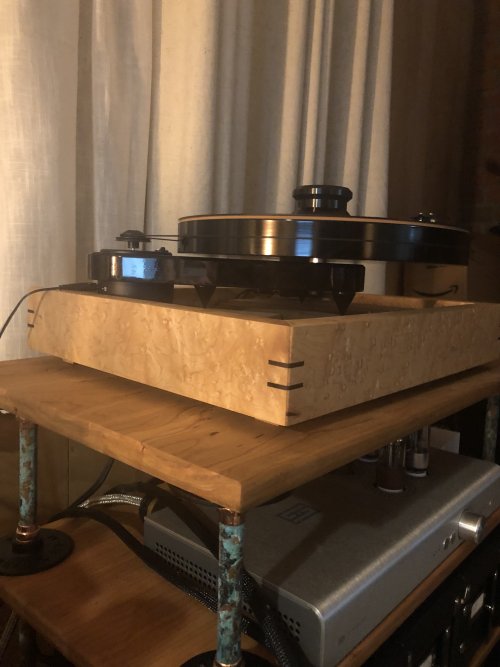 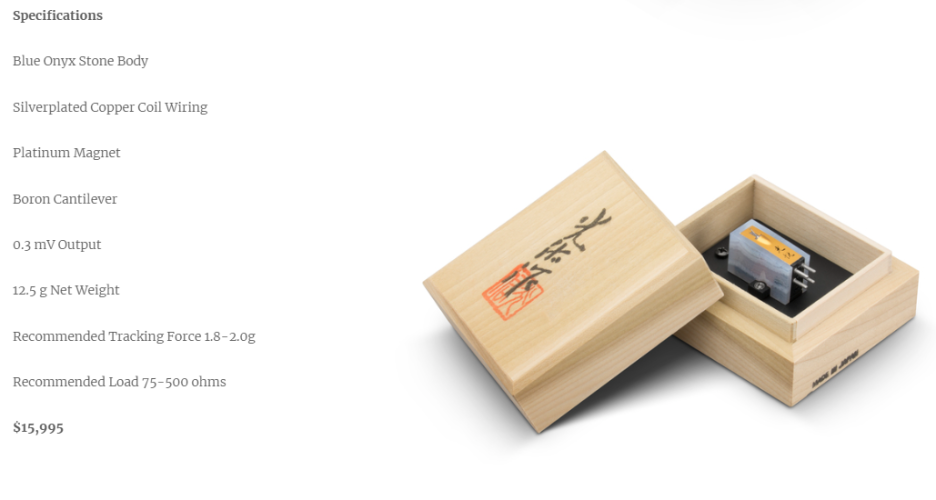 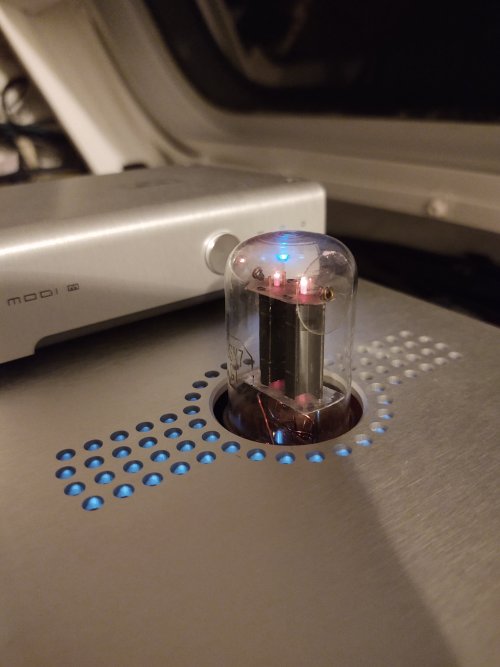 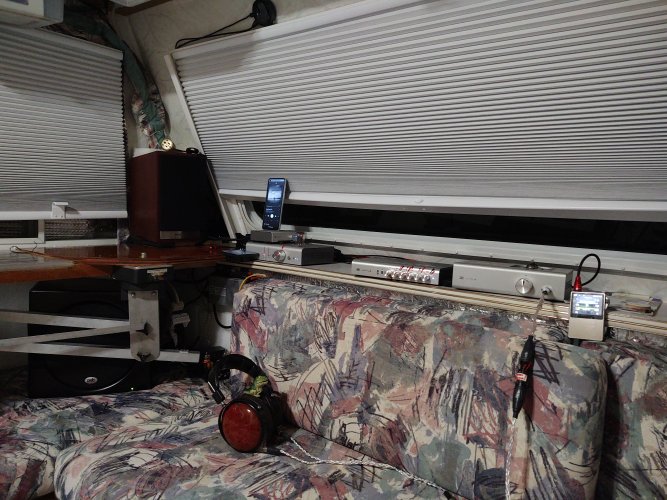 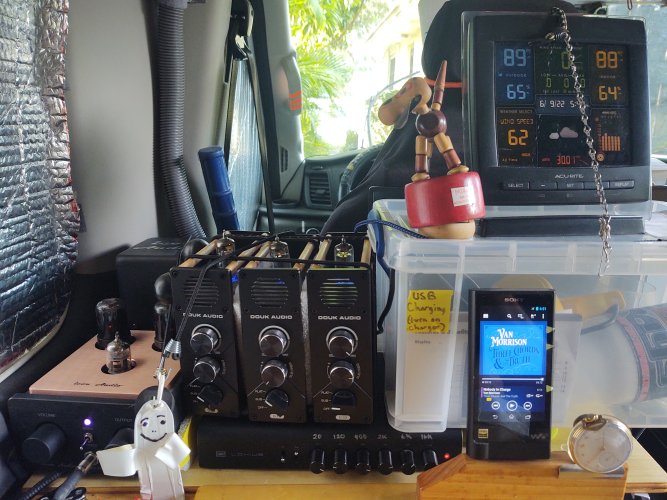 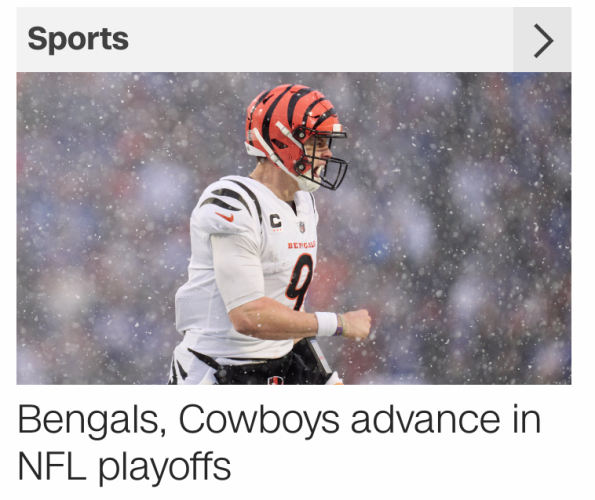 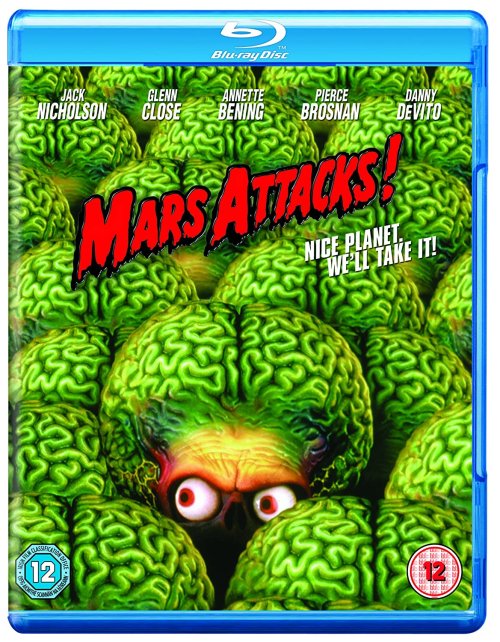 A Jedi said:
He was instrumental in MS's failed Zune player. He had nothing to do with development of either compression or the MP3 format.
Click to expand...

artur9 said:
Sadly, the disclaimer "no brain cells were injured during the production of this post" does not apply :-D
Click to expand...

That would require available brain cells to injure. I acquired immunity a long time ago.

I hate writing reviews as I believe everyone should listen for themselves. Measurements mean the design works, other people's opinions mean that's what they think. Only you can tell for yourself.

But, since more than one person asked, here's the story.

I am a former high-end 2-channel snob, having recently liquidated a system I spent more than the cost of some houses on. I sold everything because as I got older I seldom used it, and we returned the dedicated room to its original intent as a third bedroom. This meant I was down to two systems: the HT system in the living room, and my headphone/2-channel setup in my office. In the living room HT I replaced the CD player and DAC I was using with a 2016 vintage Gungnir MB DAC being fed from a Elac Discovery Roon end point via coax S/PDIF. This sends analog out to an Anthem pre/pro and then to the amps and my HT speakers (DIY open-baffle system I designed and built myself.) This setup was great for casual 2-channel music, such as listening while surfing the web on a Sunday morning or putting on the occasional playlist streaming from my server as glorified background music. I seldom do what might be called "critical listening" these days having out-grown that need years ago (no slam intended to those who enjoy this activity). When I want to listen more intimately I'll use my higher-end headphone system described in my sig line.

In any case, the problem with the Gungnir was always that it only came in silver when I purchased it. It's the only silver component in my HT rack and it visually stood out like a sore thumb. It sounded great, better than the Wavelength Brick it replaced, so I bought some adhesive-backed flat black vinyl and covered the front so it was no longer noticeable. It was a great solution.

When the new 2/64 Bifrost was announced, it intrigued me. I always appreciate the newest designs from the Schiit team as I like supporting innovative audio engineering. Plus Bifrost was a more appealing form factor than Gungnir in my HT rack application, and it came in black. I bought one and swapped it into the system.

Now it's been a couple weeks and I find myself turning on the system more often to listen to music. I attribute this to the Bifrost as the only difference in the system. I'll keep it.

For those who care about such things, the cables being used are a Nordost digital coax between source and DAC and Better Cables Silver Serpents RCA cables between the DAC and the preamp. The pre is driving Butler and Sunfire amplifiers through some Audioquest cables I had laying around. My loudspeakers are OB 3-ways of my own design using woofers I helped develop from consulting in the loudspeaker industry, CSS FR125 mids and RAAL ribbon tweeters with my design passive Xovers. The system has dual Adire Shiva subs in the front that are active all the time and 4X Acoustic Elegance IB15's in an IB installation in the ceiling that I turn on for loud movies. All the subs are driven by their own DIY Hypex class D amps that I built.

bcowen said:
As far as the best sounding wood, there are some people in Indiana that don't know how to spell 'maple'. 🤣🤣
Click to expand...

If a maple tree falls in the woods and there's no audiophile around to hear it, is it still the best sounding?

In Search of Audio Nirvana on the Cheap...

Ripper2860 said:
If a maple tree falls in the woods and there's no audiophile around to hear it, is it still the best sounding?

Ripper2860 said:
If a maple tree falls in the woods and there's no audiophile around to hear it, is it still the best sounding?

JLoud said:
Been dealing with an earache for the past few days. Couldn’t get into my primary care physician so ended up at a Med Express. Long story short, they flushed my ear and gave me drops for an infection. I have about 90% hearing loss in my right ear currently. They said it should come back in a few days. Man I hope so because this sucks. Ruined my plans to spend my day off listening to music. And I would truly hate to have to give up my favorite hobby. 😤
Click to expand...

I know whereof you speak as I am quite possibly the world's largest (and oldest!) 3 year old. I get sinus infections several times a year and wind up on antibiotics and if that is not enough, Prednisone for the inflammation. Hearing is shot until the infection and inflammation are dealt with and I am fortunate to so far recover with all intact.

I usually listen to the James Bond Themes once I am recovered from a sinus infection. Yupper! I reeeally like those songs. Well...Most of them. Ummm...Except maybe the ones by Billie Eyelash, Emo Wunderkid and that hideous creature Madonna. Ugh...Hey! It is no secret that they both sing better than me but so does a Trombone mated with a chainsaw.

Balthazar B said:
Maybe they're cheating by hosting a slew of mutant tapeworms on steroids?
Click to expand...

LOL! I would not care to see the exodus of said worms when their host was sleeping. *SHUDDER*

Jigetz said:
Has anyone heard any updates on the Lyr+ release? It's a perfect amp for use in my office and eager to get my hands on it. It's been about 3 weeks since the Round Up. I wonder what they are tracking for release. The website still says 4-6 weeks.
Click to expand...

and it wasn't in the Schiitr yesterday

bcowen said:
That's about what we're paying at McDonalds in the 'States right now. Of course, that's for a seven course meal:

The Economist has a Big Mac Index: https://www.economist.com/big-mac-index

It has been a bit of a shock returning to US prices and service after France.......... Seriously.

We are actually in CA visiting Jody's spawn, then up to Oregon for more spawn and grand spawn.
Jody had a class to teach yesterday whilst we were in Pasadena. Guess what's 25 miles away?
So I spent some time in the Schiitr.

I was deeply impressed with Tyr, especially the soundstage and depth, though the Magnepans they were driving were, to me, very bass light. I may get tempted if the market picks up a bit!
Is anyone is running Tyr with Tekton Double Impacts? I'd love to get your impressions on that combo

I should have asked the guys to swap the Magnepans for the Salks they had there. I'd also say that the Schiitr isn't doing Roon any favors with the number of crashes I experienced whilst searching for test tracks on Tyr. Music kept playing though.

OldRoadToad said:
I usually listen to the James Bond Themes once I am recovered from a sinus infection. Yupper! I reeeally like those songs. Well...Most of them. Ummm...Except maybe the ones by Billie Eyelash, Emo Wunderkid and that hideous creature Madonna. Ugh...Hey! It is no secret that they both sing better than me but so does a Trombone mated with a chainsaw.

Bond theme songs sure reflect the gestalt of the times in which they were released. That can be good, or it can be like those old photos of us with the "latest and coolest" hair style or clothes which we destroy so no descendant will find them. My all-time fave movie theme: 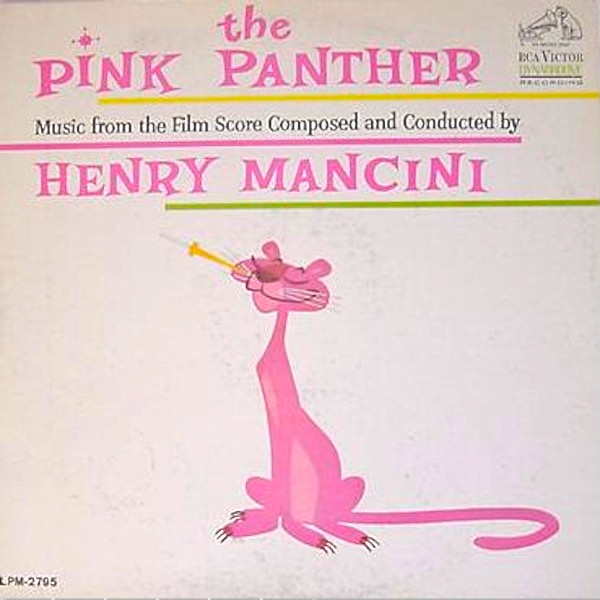 The Lyr+ are out for photography now, both black and silver.

Just waiting for that, and production quantities of boards, and we're rolling.
Read the complete story of Schiit Happened at: head-fi.org/threads/schiit-happened-the-story-of-the-worlds-most-improbable-start-up.701900/
Questions? Email info@schiit.com (for general and tech stuff) or orders@schiit.com (for, like, orders.)

Over the years I've had a few knock-my-socks-off upgrades from Schiit, including moving from Modi to Modi Multibit in my work setup, Jotunheim 1 to 2 in my main headphone setup at home, and the Unison USB upgrade to my Yggy. All three delighted me. However, the most significant of them all (to my ears) and the one which provided the greatest surprise was the Mani to Mani 2 upgrade in my two-channel system. I'm really impressed with the improvements in depth of soundstage, clarity, and noise floor with the new Mani. (Seriously, if you're still using OG Mani, save your pennies and get the new one.)

Very curious to try the new Bifrost 2/64 board, but I'm going to wait until the backorder resolves.
You must log in or register to reply here.