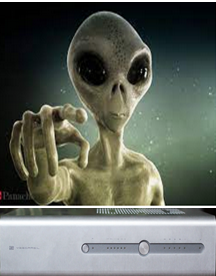 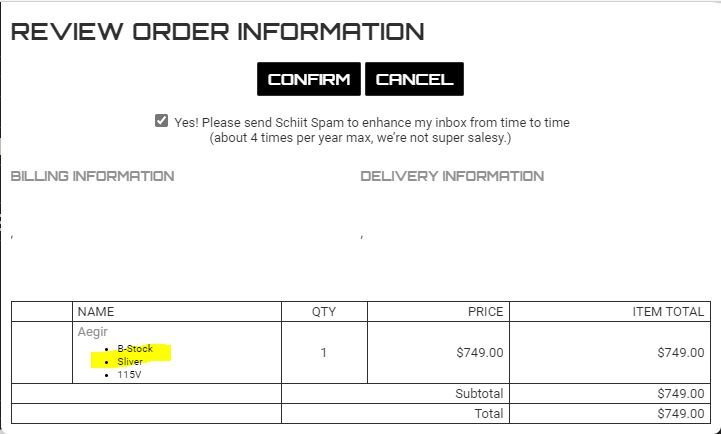 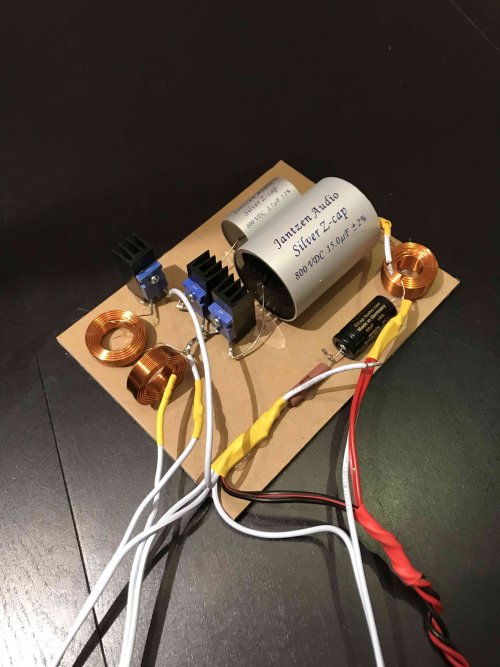 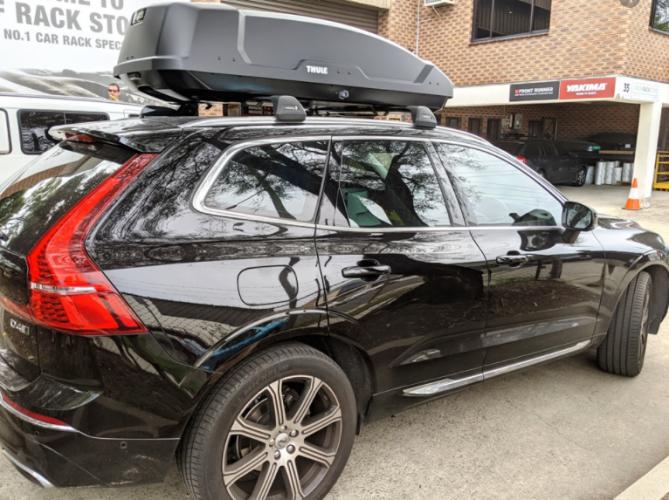 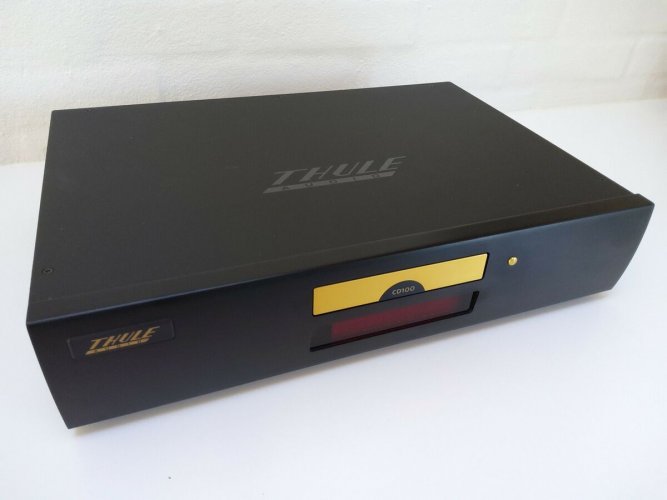 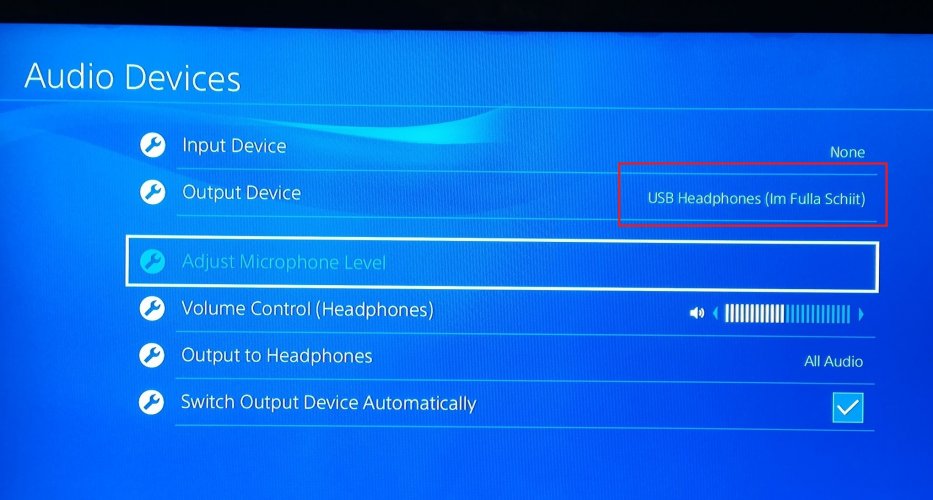 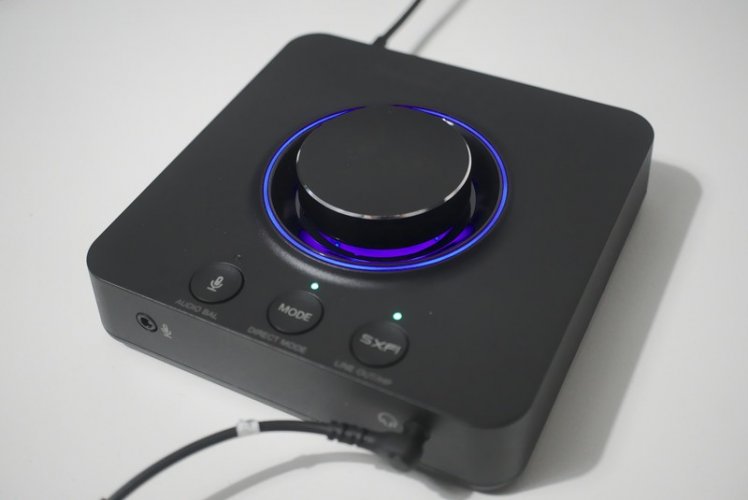 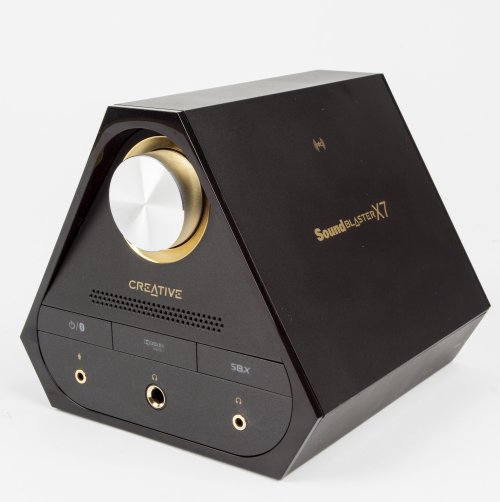 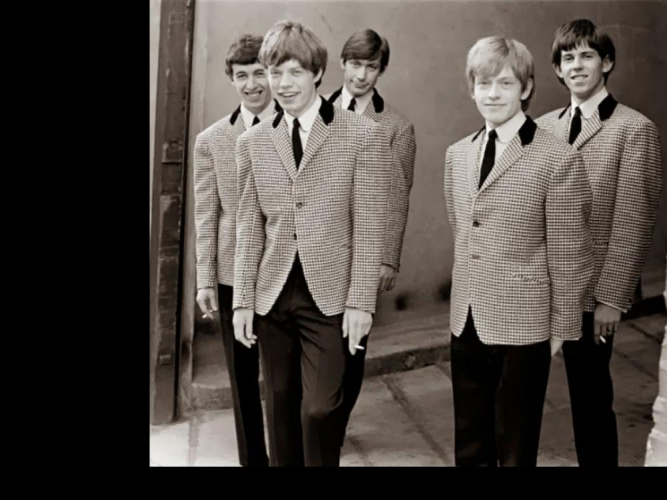 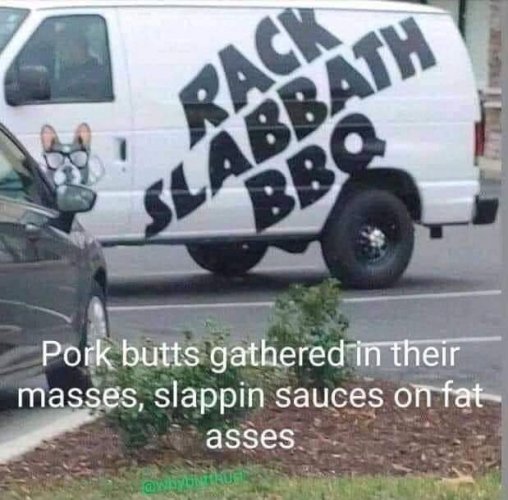 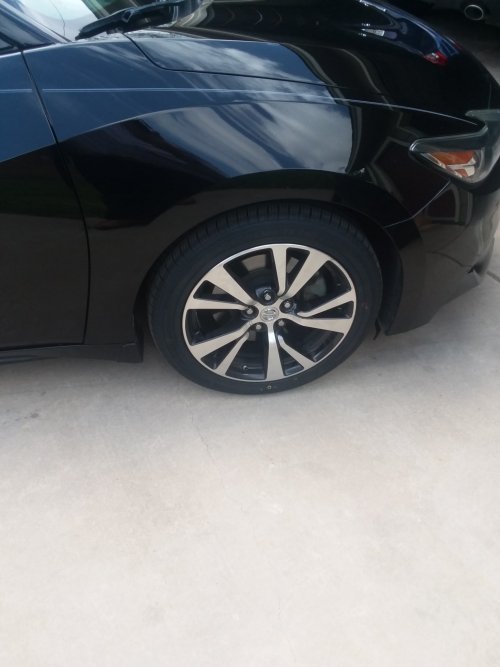 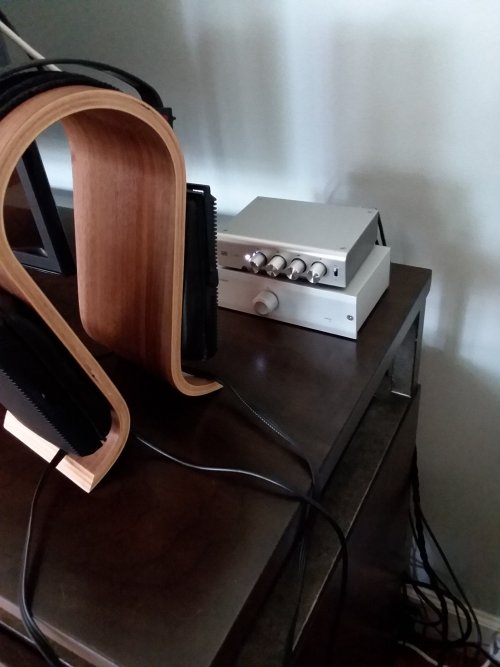 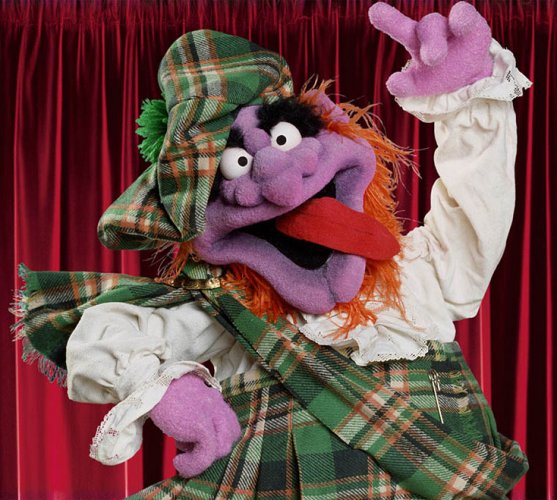 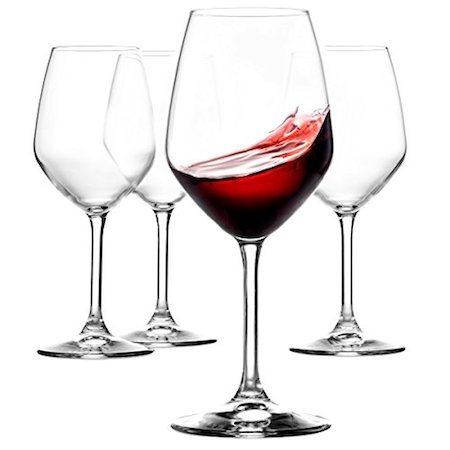 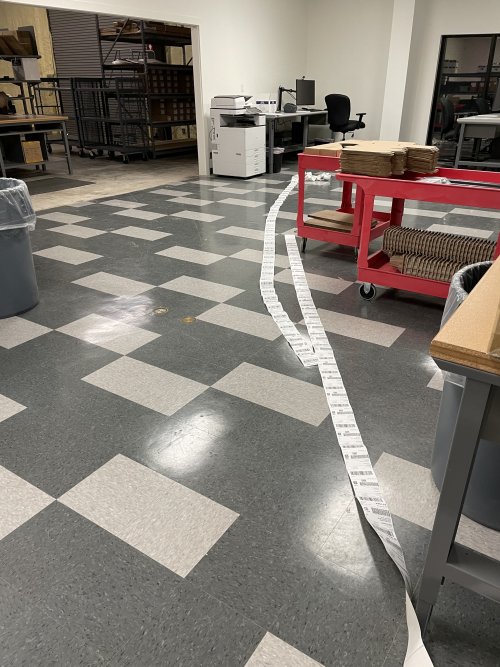 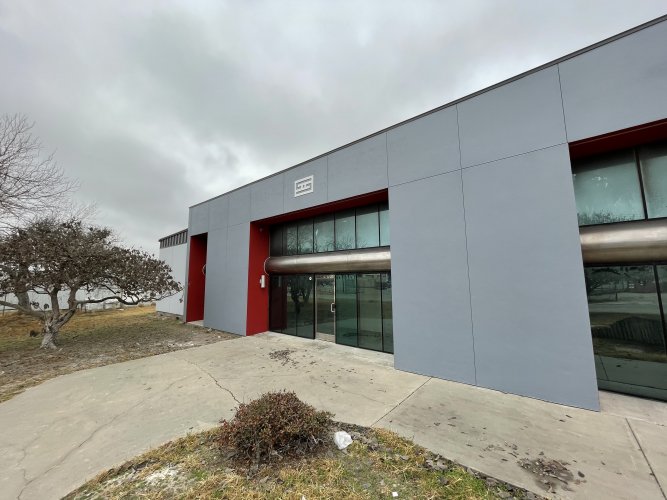 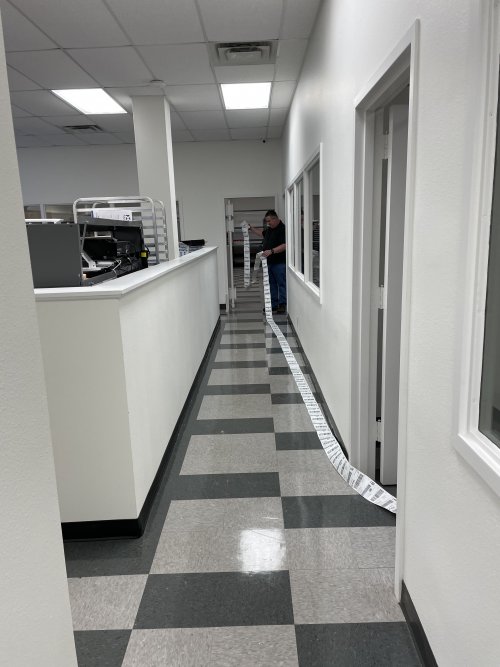 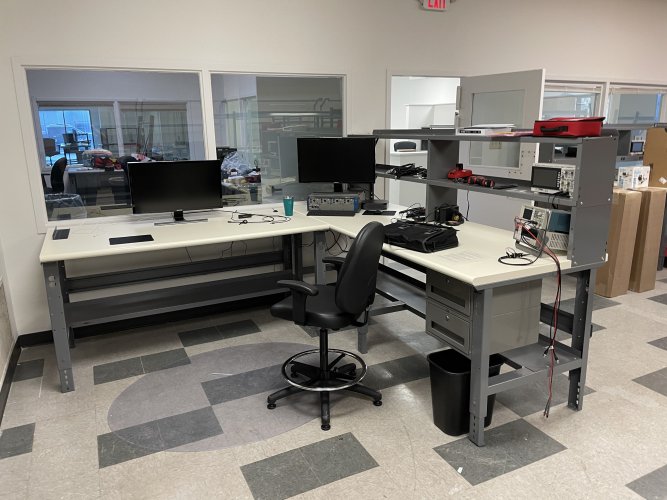 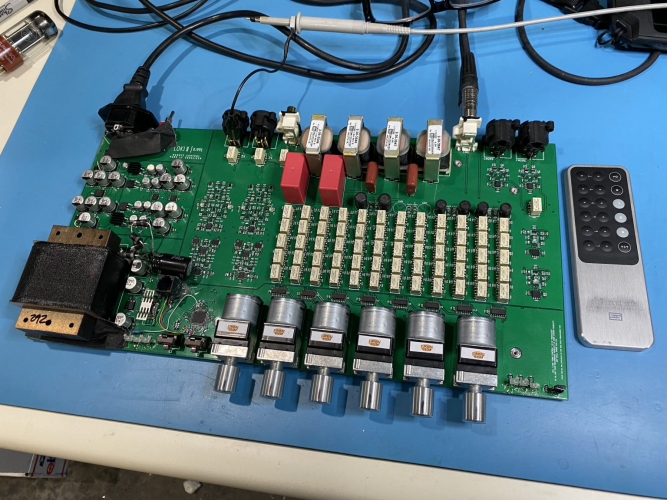 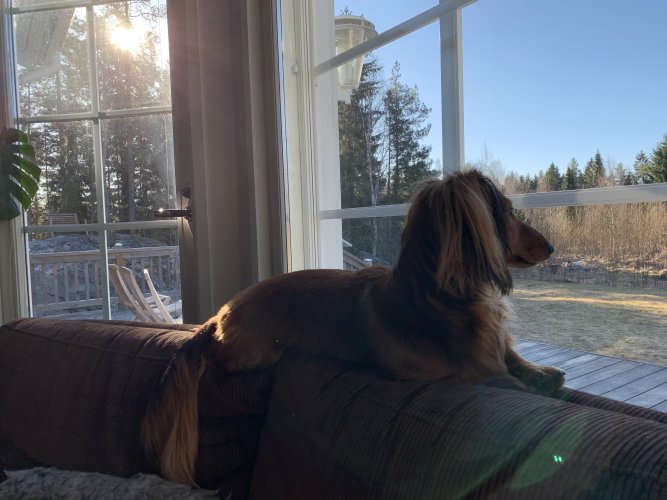 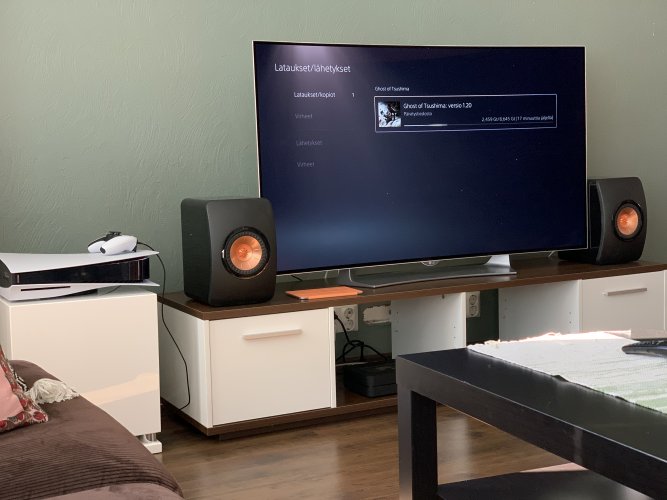 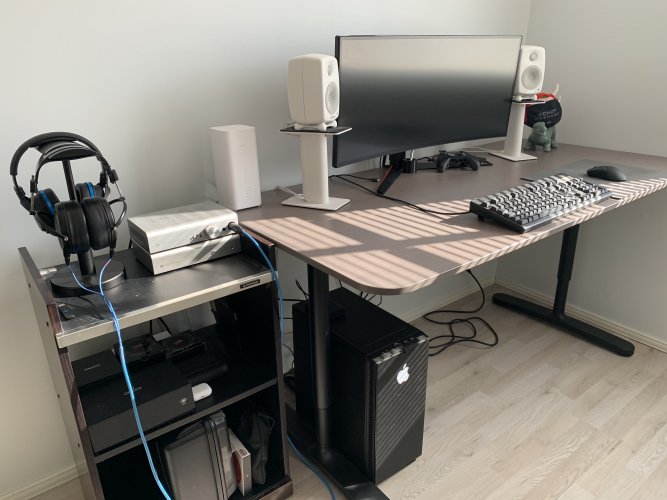 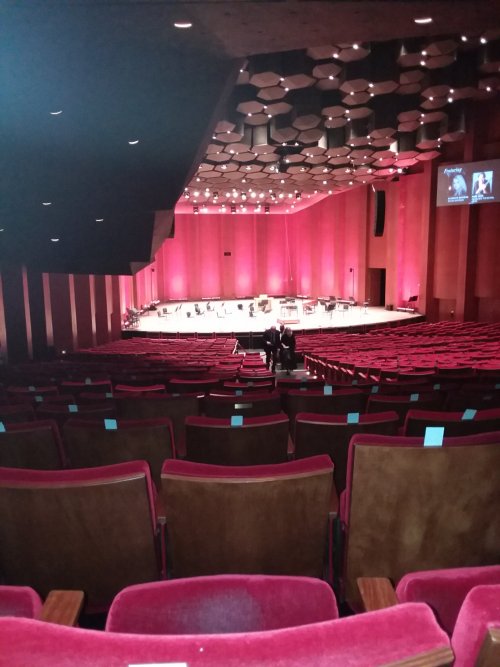 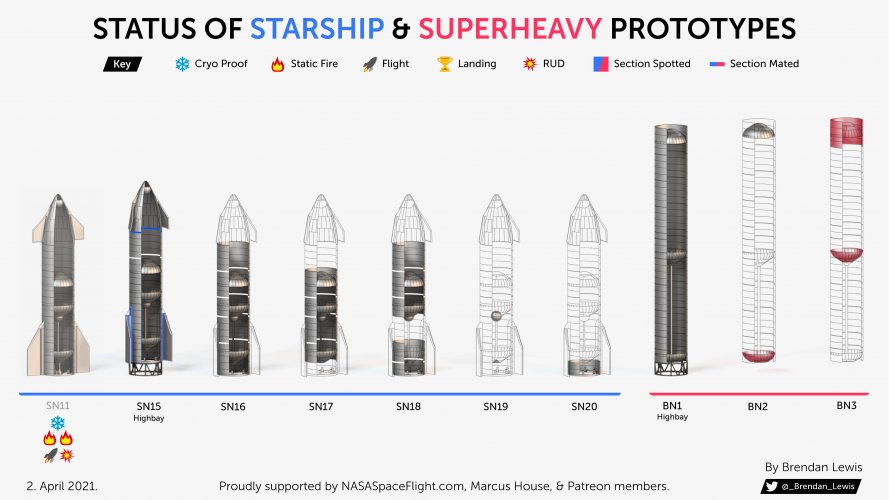 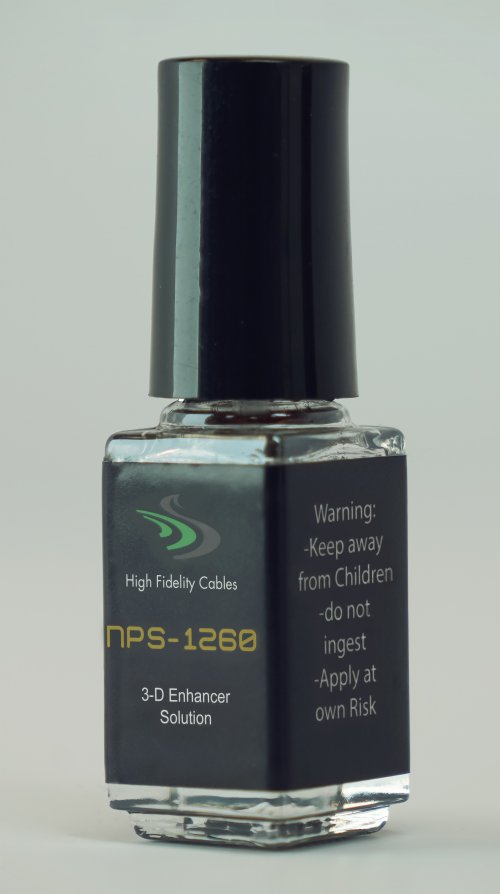 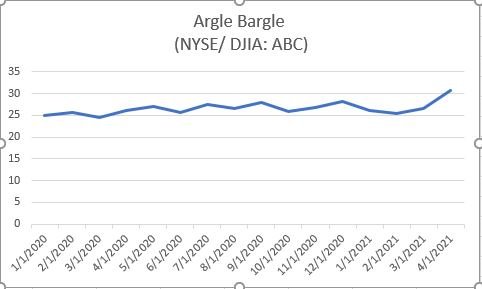 It also applies to most other hobbies one can think of, adapting accordingly.
As an amateur photographer, I can definitely relate to pretty much all points from the perspective of camera gear, if audio wan't enough...
Click to expand...

Yeah, sometimes it's not about the gear but rather how you use it and promote your work

Odin412 said:
Best chapter so far IMHO. I think Nelson Pass summed it up well when he said that audio shouldn't be taken too seriously - "this is entertainment, not dialysis". It is a fun hobby, though.
Click to expand...

Definitely one of my favorite chapters! Thanks!

This chapter reminds me of why I dislike the ASR forum so much. Listening to the gear is barely even an afterthought for Amir and his ilk. I wonder if he buys his vehicles solely on the basis of torque/horsepower graphs.

arar said:
... until I realized that passive preamps exist. So now I'm looking at a Schiit Sys (because it's the only one I could find in a hurry from a manufacturer I know). ...
Click to expand...

I use a Little Bear MC for this. Passive preamps rule unless you have a lot of distance between it and the amp.

@Jason Stoddard : You really need to come out with something called ArgleBargle; just saying......

Jason Stoddard said:
2021, Chapter 5:
How We Fool Ourselves


I’m sure you’ve all heard these proclamations before:


“OMG, I just got the new Arglebargle A200-33KX DAC and it’s a completely different ball game! It totally opened up the soundstage and the high end is so natural, I can’t believe how much better it is than my Crapstorm 5000!”​
And:


“I just chose the best-measuring product, because measurements are what counts—the only scientific way to choose gear. Why accept a lesser-measuring product when there’s better out there?”​
Uh-huh. Riiiiiiight. On both counts.

Yes Virginia. It’s time to piss off both the subjectivists and objectivists…again.

This time, by examining the myriad ways in which we fool ourselves.


Short-Circuit: Where We’re Coming From

“Again?” some of you are asking. “What do you mean, piss them off again?”

Well, for those of you who are new to this whole Schiit Happened thing, we have a long history of irritating pretty much everyone in audio. People who want to spend billions of dollars on cables and magic stones don’t like us, and people who want to select gear based on APx measurements alone don’t care for us either.

In short, due to chapters like “Measurements (With a Side Order of Sanity)”,”The Objectivist/Subjectivist Synthesis”, and “Lighted By the Blind.”

Go ahead. Check them out. They’re all linked above.


Aside: And yeah, the Measurements chapter is wayyyyyyy outdated now (we now have an APx555, two APx525s, six Avermetrics, and one Stanford Research SR1, in addition to GHz scopes, FLIRs, spectrum analyzers, ESD generators)…holy moly, we have a lot of test stuff! I need to update that chapter soon.​
Or, you can take this TL;DR summary of where we’re coming from:
Yep. That’s it. A lot of practicality, mixed in with some magical thinking, arrived at after many, many years in audio (Mike’s been doing this since the 1970s, I’ve been doing this since the 1990s). That’s where we’re coming from.

If this doesn’t gel with your perceived vision of the audio universe, that’s fine; you can move on from this chapter and continue on happily in your own bubble reality.

However, if you want to pry at your own notions of right and wrong, and maybe understand a few of the reasons some people think there are life-changing differences between components…and why some people think there aren’t, maybe this is worth a read. This chapter is intended to be both for objectivists and subjectivists. It tries to document some of the myriad ways in which we fool ourselves into thinking our gear is great/bad/same/different.

Because humans are subjective.

Because as unbiased as you think you are, you really aren’t.

Seriously:
Bottom line: everything is subjective, and humans are rationalizing animals, not rational animals.

Okay, so let’s start out by talking about sound, because that’s the crux of most arguments.

Does the Crapstorm beat up the Arglebargle? Does it “punch above its weight?” Does it sound smooth, bright, liquid, clear, nuanced, warm—or does it sound different than any other competently-designed component at all?

Most people make pronouncements about sound in grand and declarative terms: “It totally floored me! I heard stuff I never heard before! The emotional connection was so deep, it made me cry tears of joy!”

In terms of sound, everyone has biases. Everyone fools themselves.

But, you know what? It’s worse than that.

Oh yeah. You thought it was over. You thought that all the ways in which you fool yourself in terms of sound were bad enough.


Aside: I listed 13 ways above. I’m sure I missed a bunch.​
But no. It gets worse. Go back to that statement early in the chapter: humans are rationalizing animals, not rational animals.

A lot of ways in which we fool ourselves have little to do with sound. Let’s have a look at them:


1. This one will be the last.​
​
Have you ever told yourself, “This is the last thing I need.” Just one more component, just one more purchase, and that will be the pinnacle, the end, finito, done.​
​
Hold on a sec.​
​
I just…​
​
…I just gotta…​
​
…LOLOLLOLLLLLLLROFLCOPTER.​
​
Let me be blunt: you’re fooling yourself.​
​
Look up “cycle of addiction,” and see if the GIS images line up with your audio buying habits. If they do, welllllll…you may have a problem.​
​
Now, I’d definitely take an audio addiction over, say, a cocaine habit. But it is something you may want to consider, the next time you start browsing for new gear (while the boxes for the old gear are still cooling off under your desk), or the next time you say, “I just need this one thing, and I’m done with audio for a good long time,” and you realize the last component you bought was a week ago.​
​
2. This is my end game.​
​
See above. Read again.​
​
3. I know what I like.​
​
Yeah. I know what I like, too. It’s every new amp I design. If I’m doing tubes, I’m in love with tubes. If I’m doing solid state, I’m done with tubes.​
​
And then I surprise myself, and hit on something that shows me that my tastes aren’t immutable. I started doing very warm and syrupy headphone amps, because that’s what I liked (and many of the headphones of the era were bright), and moved towards more neutral and revealing products over the years. I long thought tubes were the only real answer for voltage gain, but recent products have put lie to that.​
​
So. Yeah. “I know what I like.” Until I hear better.​
​
4. This is the best thing/worst thing.​
​
Absolutes should always be treated with skepticism. Especially when they are based on a minute of listening to unfamiliar music on an unfamiliar system at a noisy show. Or in any unfamiliar system, period.​
​
Do everyone a favor and save the absolutes. You don’t know their preferences or their system.​
​
5. There can’t possibly be any difference.​
​
Yes. I know. There are things where there shouldn’t possibly be any difference. I get it. I am with you. And then there’s Unison USB, which I was so skeptical of that I pronounced it broken until I measured it.​
​
Here’s the thing: I think it’s important to keep an open mind. At least a bit open. The balance here is what matters. One way you’re declaring that anything that measures below a certain threshold sounds the same, the other you’re spending $5,000 on crystals to stick to your $15,000 isolation feet.​

Is this over? Oh no. It gets crazier. So, buckle up. Let’s get to the two biggies.


1. I NEED this.​
​
When you’re talking about expensive audio components, there is no “need.” None. Period. Sorry. This is BaFWP (beyond a first world problem.)​
​
Some people need an inexpensive cellphone or laptop to participate in the global economy, and sweat about the cost of such devices. Some people need shelter. Some people need supplemental oxygen.​
​
Nobody needs expensive audio gear. Sorry to be blunt.​
​
2. This is IMPORTANT.​
​
LOL. No. Sorry. Audio, especially high-end audio, is not important. Not in the grand scheme of things. Delivery of supplemental oxygen on time to your gravely ill parent is important.​
​
As I mentioned before, there’s not a lot of peer-reviewed research in audio. Why? Because there’s not a ton of money in it. And investment, like it or not, is a measure of importance, at least on a big scale. If audio is important to you, that’s fine, I get it, but it’s not that big of a deal for the world.​
​
Maybe someday big-eared aliens with 1000000x the hearing acuity of humanity will show up, making audio reproduction absolutely critical for interstellar relations. Then the billions will flow. Then audio will be IMPORTANT.​
​
Until then, this is a fun pastime. Sit back, relax, and enjoy.​
Aaaand…know that you’re going to be fooling yourself. Probably in multiple ways.

Aaaaaaaaannnd…here’s the thing. If you’re not hurting anyone (or your wallet), that’s totally ok!
Click to expand...

I often state that "Human Beings are Funny Creatures At Times....." yup we all are and we all have our bias for sure!

Measure their Sol vs any other record player.

DougD said:
My current setup has

The Sys does not introduce any noise or distortion that I can detect.
Click to expand...

That sounds great. How are you operating Sys #2, exactly? I read that you can somehow sort of reverse the I/O behind it so that there's one input RCA and two output RCAs (rather than two in, one out), but I don't really get how that... Works. Like is it constantly outputing to both output RCAs or do you somehow switch between them?

""Here’s the thing. Controls are tricky. You can fool yourself into thinking something sounds very different, just due to the volume pot ramp. Something that ramps up quicker will sound more powerful, even if that isn’t the case. You can make snap decisions based on the feel of a switch.""

I often ask the vendor of an amp what the taper of the volume pot? Why...just for this reason....I see folks stating this amp is not as powerful as my amp xyz123 because i have to turn it up way more to get the same levels !!

As Roy Hall of Music Hall has been quoted “...relax, there’s never been a hi-fi emergency...”.

Jason Stoddard said:
And let’s go further? Which reviewer? How much experience? What are their biases? What is their system? Any chance they are financially compromised?Really, everyone…if it sounds great to you, you shouldn’t care if 99.9% of reviewers say it sounds like ass.
Click to expand...

Ya gotta just love this one!!!

Being someone that flops between being Subjectively Objective and Objectively Subjective I love these types of chapters! I guess I'm not a true Audiophile because I have pretty much settled on my "end game" setup. I only say pretty much because if my pair of Vidar didn't go into overcurrent protection when really cranking them in 4 ohm mono, I'd be perfectly happy with it (which is why I haven't gotten rid of my Parasound JC-1's, when I really want to jam I hook up those power hungry space heaters). Hopefully Tyr takes care of that...
Last edited: Mar 31, 2021
You must log in or register to reply here.