I am starting to get to the point where I realize earplugs are good. Hopefully damage done so far is not too bad. I will probably pick up some of those eytmotics before the next concerts I will go to in March. Part of me also likes the eytmotics since I have their HF-5 IEMs, so I already have a bunch of replacement tips if needed.
Share This Post
Reactions: audio philestine
post-15464787
Post #56,747 of 56,958

Jason Stoddard said:
Maybe I've been doing Schiit for so long that I think every business works the way we do.
Click to expand...

I put the whole family in ear plugs when we go to movies at the theater. People look at us funny but the blockbuster movies demand it.

Jason Stoddard said:
I expect most of the corporate types we talk to think we're totally barking mad.
Click to expand...

Imagine you're a sales guy working for a company that sells e-commerce software.
So you walk into the office and one of your colleagues says you have to make an offer for an audio company. You are not into audio so you have never heard of Schiit.
Sales guy asks his colleague "what's this companies name?"
Schitt he says. Right, you're kidding right?
And the CEO? Don't know. Maybe he's a Schiit head.
And they want us to give them a serious quote? Right!
Last edited: Feb 12, 2020
"The closest approach to the original sound" Peter Walker, inventor of the worlds first full range electrostatic loudspeaker the Quad ESL in 1955.
https://quadesl.nl
Share This Post
Reactions: bcowen, Tim van der Leeuw and audio philestine
post-15464843
Post #56,751 of 56,958

Brubacca said:
I put the whole family in ear plugs when we go to movies at the theater. People look at us funny but the blockbuster movies demand it.

I'm sure the kids will ditch them when the are old enough and out with friends, but that will be on them.
Click to expand...

I’ve been careful about hearing ever since I worked around jet engines in my 20s. I was careful back then and have worn ear protection fairly consistently since. Seems to be ok now in my 50s, only minor tinnitus.
ed

I work in a heavy manufacturing environment, have for 26 years. Always wear hearing protection, even when mowing the lawn. My job requires me to get a hearing test yearly. I have always been in the top 10% for hearing. While I do enjoy listening to my music at higher volumes, the other safeguards have apparently worked. In my mid forties now and I test in my early thirties for hearing ability.
Abyss 1266 Phi TC, LCD-4,HEDDphone,Sony MDR-Z1R,Conquest RR1, Hifiman HE6se,Dan Clark Audio Voce, Woo Audio WA5LE,HeadAmp GSX
mkii, Stax SRM353x, Schiit Yggdrasil A2
Share This Post
Reactions: Tim van der Leeuw, RCBinTN and thebmc
post-15465107
Post #56,755 of 56,958

I remember the day I started a new position in the company I was working for the same day that they switched to SAP. That was memorable. I've probably posted about it before, but the call center SAP was different to ours, and they'd not enabled the ability to send messages or any other kind of communication between people between the modules (if that is what they were called) so when an order came through for a product that was out of stock (or unavailable -- we were in a place where during a major sale, so much stuff came into the dock that anything behind and above it on a pallet was inaccessible for days sometimes) we had to write out the details on a piece of paper and then fax it to the call centre.

One of the best bits was that it had to integrate with the point of sale system, which was ancient, and DOS based. It didn't really integrate of course, but all the store systems would upload all the sales data at 10pm every night, after closing. Since our delivery centre at the time was attached to a store, and our stock also part of theirs, we ended up doing a lot of faxing! One day though, one of the young kids found a bug in the POS system, and proceeded to demonstrate it to everyone, including the managers. That was fine...until the end-of-day sync, when it locked up not only the sync for that store, but every store in the country, resulting in managers turning up in the morning to find that they didn't have a working POS system and all sales had to be done manually.
Final A8000 Flagship IEM Review ❖ The Fake 1TB Micro SD Card Amazon Scam
Reviews here: https://www.hear.reviews | Youtube
How much power do you need? Headphone Power Calculator
I am not a moderator. Please do not PM me about forum issues. I cannot help you.
Share This Post
Reactions: bcowen, Tim van der Leeuw, yonson and 1 other person
post-15465235
Post #56,756 of 56,958
W

I actually had a perfectly good example of un-needed salesmanship hit my inbox today. First, a little context - I've mentioned before in this thread that I'm an electronic musician. The email I'm about to show you is from a French company called Expressive E that specializes in MPE (Midi polyphonic expression - if you know midi you should look this up, very cool) controllers and software. They announced their first keyboard right around black friday, and I put down a deposit for a unit from the first run. I know, dumb move buying a product that doesn't exist yet - you're thinking - we've seen enough stories of that gone wrong to know better, but the discount was substantial for being an early adopter and trusting them. And I added 4 months to their stated delivery time of summer 2020 and expect to have this thing around the end of the year so I shouldn't be disappointed.

Anyways, my point is I've got the rest of my payment earmarked, so I just want them to deliver now. They already did good in my book by choosing not to take the prototype to NAMM and leaving that team in France to meet their deadlines (they showed their older products, which I believe had minor updates). They probably don't feel a huge need for tradeshows right now since they've already sold out the first two production runs of this thing. Then they go and send me this email full of sweet nothings and warm fuzzies and call it an update (maybe I too am spoiled by Schiit's no bullschiit approach). And someone had to photoshop that unrealistic manufacturing scenario to boot. I have no idea what "countless stress-induced movements" could "ensure quality and durability", but I'm sure glad they were "conclusive" and the "industrial process" can continue "as planned". Like I said, French, so maybe a little bit got lost in translation, but the marketing that tells me nothing seemed to get across largely intact.

At least they weren't kidding when they said they want my opinion, they are asking good questions about what software this should be best integrated with (in a separate survey linked in the email). So IDK, maybe marketing wouldn't let the questionaire go out without being wrapped in sex appeal in case someone like me shared screenshots of the email? 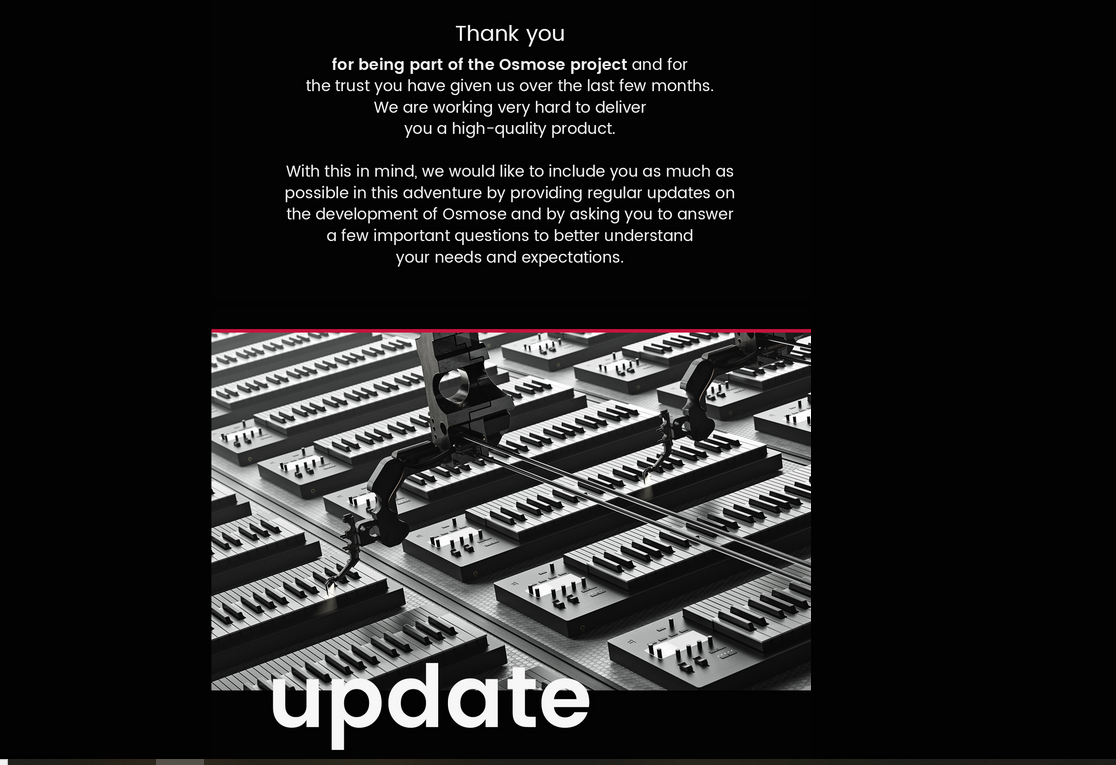 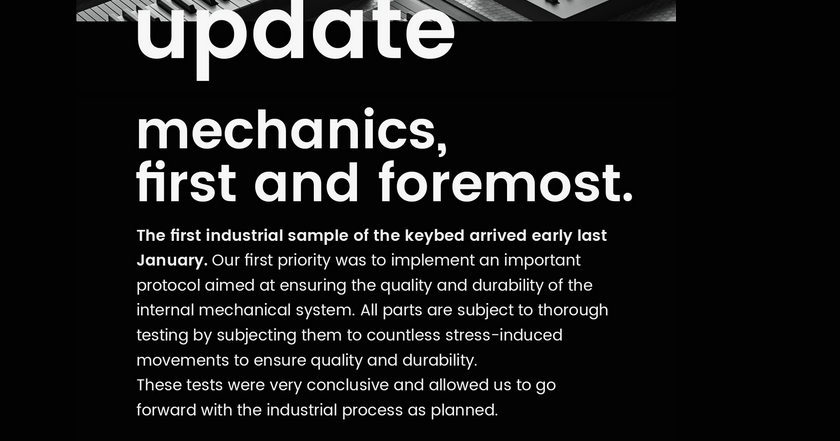 About earplugs: I lucked out and got some Etymotic Music Pro 9-15 (1st version) at clearance prices. It is ironically my best audio purchase so far cos somehow it made all music events and arcade games much more enjoyable

Protect your ears, really. I had a brush with hearing loss in 2015 and that trauma is hard to get over

About Jil and Hel: Can I use the Hel's microphone input like how I would with Jil? Or rather, is the Hel microphone input on par with Jil (at least on paper)? I am unable to find the correct specs to compare (e.g. ADC model)
Last edited: Feb 13, 2020
Share This Post
Reactions: roadcykler, audio philestine and ScOgLiO
post-15465749
Post #56,759 of 56,958

Years ago, one of my first jobs was working in the acquisitions department of a collectibles auction house. My responsibility was to try and get collectors to consign through our company. It's a solid, well-run place to do business with, but it made me feel gross that I wasn't allowed to just tell people what our commission percentages were. My orders were to find out what they had first. The justification was that if I quoted a standard percentage to someone with a really high-end collection, that would be the end of it; they'd go straight to a competitor for a lower cost.

It's hard to argue with the results. That company does about 30 million in sales every year and takes a percentage from both the buyer AND seller. I just got tired of feeling like a confidence man every day.
Share This Post
post-15465752
Post #56,760 of 56,958

judson_w said:
I am starting to get to the point where I realize earplugs are good. Hopefully damage done so far is not too bad. I will probably pick up some of those eytmotics before the next concerts I will go to in March. Part of me also likes the eytmotics since I have their HF-5 IEMs, so I already have a bunch of replacement tips if needed.
Click to expand...

If you're serious about pro/semi-pro sound, a good pair of IEM's is a great idea. Those Etymotics are a step in the right direction. A lot of companies also sell drivers that can be molded into custom ear-pieces. Find some drivers you like, and then many ear doctors can handle the ear molding part for you. It can be a little pricy (but cheaper than a high end set of headphones), but it's a worthwhile investment / cheap insurance if you're going to make money with your ears.

Brubacca said:
I put the whole family in ear plugs when we go to movies at the theater. People look at us funny but the blockbuster movies demand it.

I'm sure the kids will ditch them when the are old enough and out with friends, but that will be on them.
Click to expand...