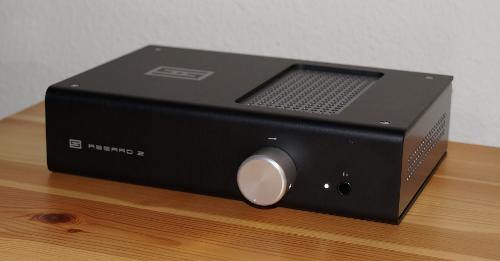 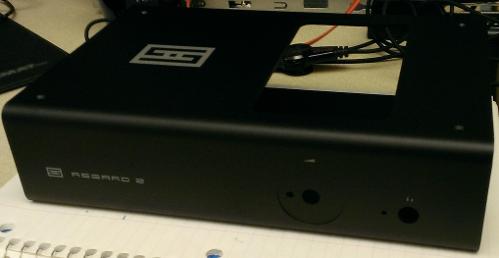 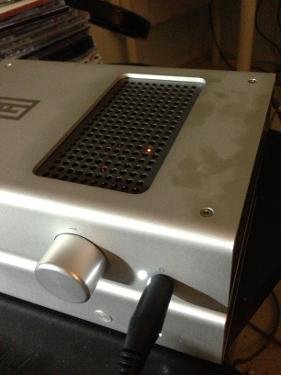 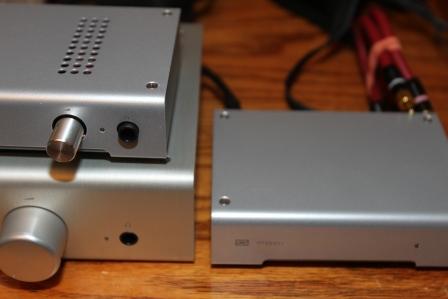 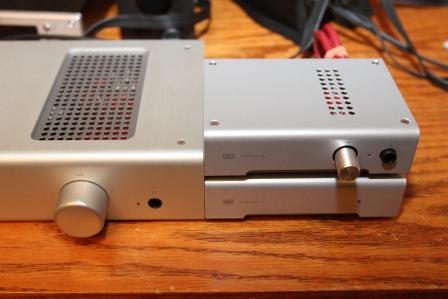 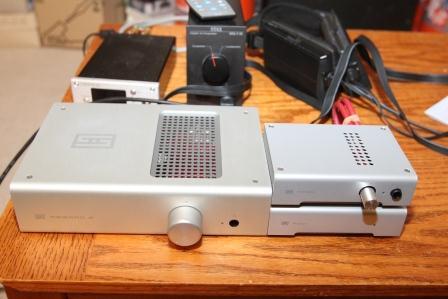 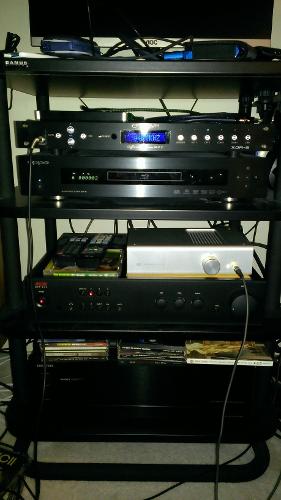 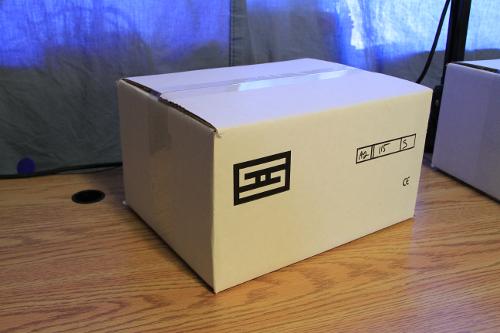 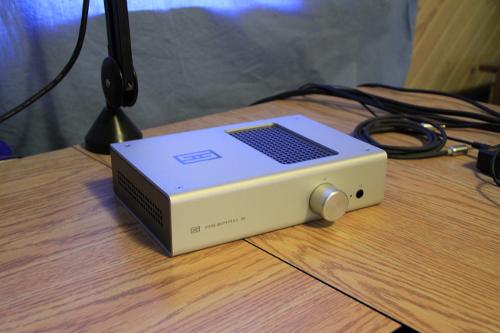 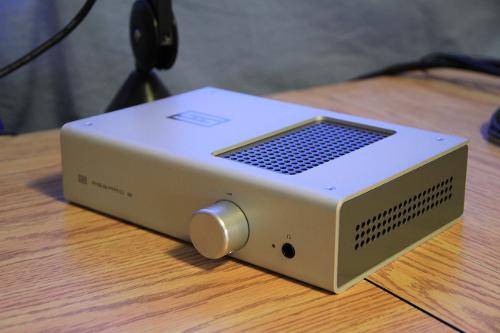 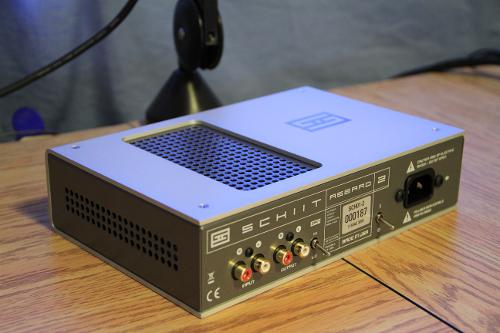 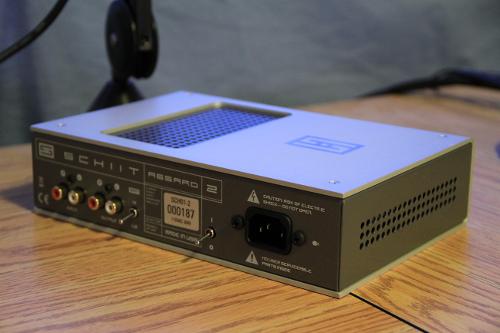 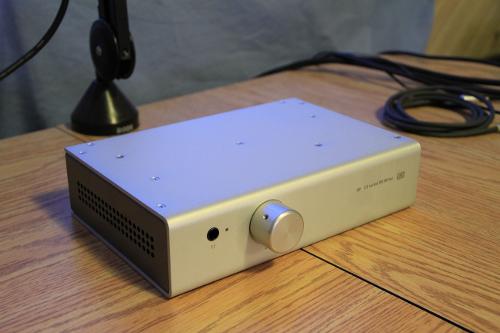 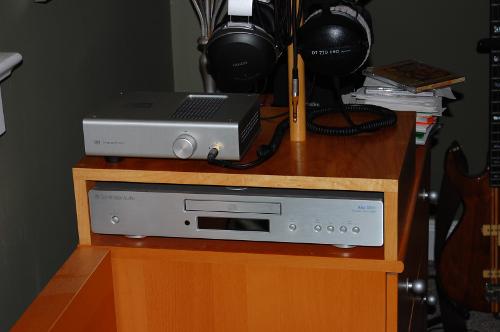 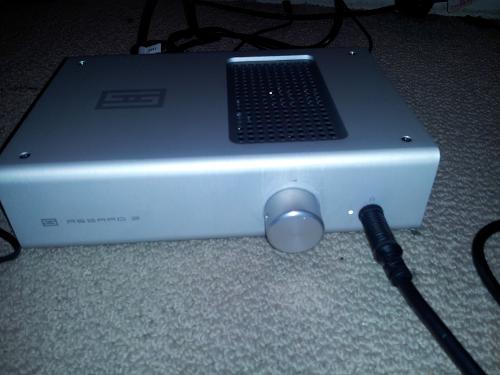 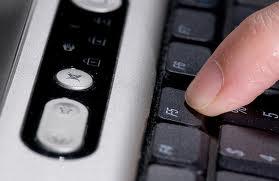 You are using an out of date browser. It may not display this or other websites correctly.
You should upgrade or use an alternative browser.
Same old Schiit? Um, no. Welcome to Asgard 2!

When we launched Asgard, the world of headphones was a lot smaller. Desktop audio was really in its infancy. And, to tell the truth, we didn’t really know if we’d be selling a ton of Asgards—or giving our friends headphone amps for Christmas presents until the end of time.

Now, two and a half years later, it’s time to recognize that the world has changed. It’s time for Asgard 2.

Yes. Asgard 2. It may look like Asgard on the outside, but it’s a whole new ballgame on the inside.

Gain Switching—Great for IEMs
Let’s start with the obvious, like the gain switch. Yes, Asgard 2 now has selectable gains of 1.5 or 6. 1.5 is great for IEMs—together with the Alps Blue Velvet pot, it gives excellent control and great channel tracking, as well as a dead-silent background.

Preamp Outs—A Complete Desktop Control Center
You’ll also notice we added preamp outs. Now, creating a complete desktop system with powered monitors and headphones is easy. The pre outs are controlled by the volume pot, also have gain switching, and turn themselves off when you plug in headphones.

All-New, Higher Performance Gain Stage
But if you go a little deeper, you’ll see that what’s inside the Asgard 2 doesn’t look anything like the original Asgard. That’s because we learned so much during the development of Mjolnir, we really wanted to share. Asgard 2 has a high-voltage, cascoded gain stage very similar to Mjolnir, coupled to a Class-A MOSFET output stage. The result is distortion almost 10x less than the original Asgard, even while retaining the no-overall-feedback design.

Plenty of Power for Most Orthos and High-Impedance Headphones
No, it’s not a Circlotron, and no, it’s not balanced, and no, it’s not 8 watts. But Asgard 2 will put out a solid 1W RMS per channel into 32 and 50 ohm loads, and 190mW into 600 ohms. It’s plenty for many orthodynamics, as well as high-impedance headphones.

Actually, no. Asgard 2 is $249, just like the original Asgard. Thank surface mount technology and streamlined production for that. Aaaannd—it’s in production now.

“Wait a minute!” you might be saying. “I’m on Asgard backorder. I have to go cancel that order right now!”

Nope! If you’re on Asgard backorder, you’re getting an Asgard 2 automatically.

All the best,
Jason
Read the complete story of Schiit Happened at: head-fi.org/threads/schiit-happened-the-story-of-the-worlds-most-improbable-start-up.701900/
Questions? Email info@schiit.com (for general and tech stuff) or orders@schiit.com (for, like, orders.)

Thank you for making such a great product. I can't wait to try it out.

The slow leak of info had been teasing me all week. I went insomuch as to take a close look at the picture of the circuitboard and compare to the previous. (working in the hydro-electric power generation field does that to you)

I anxiously await to listen to it.

Darn I got my Asgard just this past November if I had known and as much as I love mine I would have waited to get the new upgraded one.

I already want to sell my old asgard, ordered mine around December. Would be a very nice solution for my speakers...Regardless of my situation, well done schiit. On paper so far it looks fantastic, with very thorough thought through features.

If this would be available in black i'm sold.

Can you guys work on some t-shirts now?

Can you guys work on some t-shirts now?


You mean other than these? http://schiit.spreadshirt.com/
Bifrost 2 > Jotunheim R > SR1a

I don't know which is more fun: desktop 2.1 speaker audio or headphones. I'm hooked on both.

I switch back and forth between the two all the time, so I think the preamp outs are a critical feature.
Desktop 2.1 speaker rig: Lenovo IdeaCentre A730 Windows 8.1 PC→Foobar 2000 / Spotify Premium→FiiO E17 DAC→FiiO E09K headphone amp→Lepai LP-2020A+ amplifier→Polk Audio PSW10 subwoofer→Dayton Audio B652 bookshelf speakers.

I would agree this is a great looking unit congrats on the new product.

Will there be a relay?

defiant00 said:
You mean other than these? http://schiit.spreadshirt.com/
Click to expand...

Yes, I mean other than just that one.

Now a little birdie told me that you guys were working on a small (Because your amps are sooooo huge) tube DAC/AMP combo that will be on sale later this year...

OK, so there is no little birdie and I need to stop talking to myself (at least in public) but I was hoping you guys would do the tube combo thing with your own Schiity touch so you know... Get on it

Either way, keep up the hard work and the more Schiit the better!
The Fox Den Blog

Are other 2's on the way?
On the long trail from Pro 4AA to today.


None planned at the moment.

It's just that Magni's performance was (ahem) uncomfortably close to the Asgard. So we decided to make an Asgard 2 with performance that's uncomfortably close to a Mjolnir (within its output limitations, of course, and in our opinion, your mileage may vary, you may disagree entirely, all amps sound the same, blah blah woof woof.)
Read the complete story of Schiit Happened at: head-fi.org/threads/schiit-happened-the-story-of-the-worlds-most-improbable-start-up.701900/
Questions? Email info@schiit.com (for general and tech stuff) or orders@schiit.com (for, like, orders.)
You must log in or register to reply here.