You are using an out of date browser. It may not display this or other websites correctly.
You should upgrade or use an alternative browser.
RHA MA350 Review

Formerly known as ak47-whaaa
Member of the Trade: SPEAR Labs 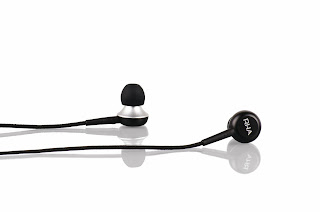 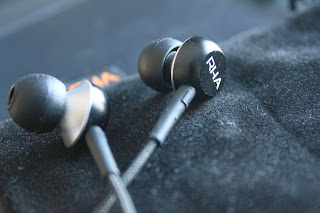 
The RHA 350 is RHA’s entry model IEM mostly aimed at the average consumer, mainly those looking for a nice replacement for those white iBuds. Being priced at $39.99 there are plenty of similar products that compete for the consumer’s money and there are very few whose sound quality is decent enough to write a worthwhile review, well needless to say the MA350 is one of those few. In a market as crowded as the $20-$50 market first impressions and appearance is usually what makes the sale. The MA350’s package isn’t flashy or particularly special but it does a good job showing the quality of the IEM. The cord wire sleeve for the cable and aluminum earbuds does a great job of giving a quality feel to the IEM and makes a lot of it’s competitors feel a little cheap in comparison.

The first time I plugged the MA350 in I was extremely impressed at how well the clear and detailed the MA350s were for an IEM in its price range where most mainstream IEM would reproduce a jumbled mess of sound. The MA350 to compete more with IEM in the $69.99 retail range such as the Sennheiser CX300 II, which can be found for around the MA350’s price range assuming you know where to look. The MA350 are very relaxed and warm with prominent bass backing up the mids and dull treble setting a relaxed mood. This can change depending on the balance of the track when it was mastered as the MA350 have exaggerate the treble a bit which can make the overall sound feel sharp and aggressive to the point where it may become stressful to listen to some songs. This is why I tend to favour compressed or lossy tracks (generally tracks compressed to 320kbps as it offers the most detail but looses most of the treble peaks) in favor of uncompressed lossless tracks as lossy tracks are usually a little more tampered when treble is concerned. Compressed tracks are a lot more forgiving toward the MA350 as they put less emphasis on speed and detail. Overall, the MA350 have an extremely fun sound signature that does not overshadow any parts of the sound spectrum while displaying phenomenal detail for the price.

The treble on the MA350 have a very noticeable exaggeration which present itself quite prominently on the right tracks. This exaggeration begins in the mids and grows slowly toward the treble. I find this rather smart as it helps offset treble detail that is usually lost during lossy compression as well as to make sure the bass does not overshadow it. This tuning makes the treble is really aggressive on some treble prominent lossless tracks and makes it feels like the treble is blaring at you. The MA350 are rather weak with fast consecutive frequencies that are in the treble region which generally turn into a muddled sandy mess this is usually hidden fairly well this fact is fairly well hidden by the sharp attack the MA350’s treble delivers that tends to shadow it’s successive tones. When listening to cymbals on lossless tracks the initial clash is generally overshadows the its proceeding tones and hides them very well. This sharp and occasionally, blaring attack does a great job at bringing out the treble but can really wear down the ears during a long listening session.  While they are still present, most of these problems are a lot less prominent on lossy tracks as most of those peaks are lost during the compression process. As a result the treble ends up providing support to the more prominent mids and bass and the exaggeration ensures that the rest of the sound signature doesn’t drown the treble out.

The mids of the MA350 are very well done and are almost never overshadowed by the bass or the treble due tracks generally prioritizing the mids or vocals over everything else. It does a really good job pronouncing details that are usually lost or overshadowed by the main vocals such as the backup vocals and they do a fine job showing minor repeated tones that would usually be jumbled up into a cluster of sounds in this price range. The MA350 do a fine job allowing the vocals to shine through in its relaxed sound signature very well but they tend to struggle a little as they near the lower mids and upper mids where the exaggeration for the treble and bass begins as they tend to lose out or fight for dominance but this rarely occurs and is not much of a concern. Though I found that the vocals can get rather harsh as they begin to enter the treble region and harder tones like “s”, “st” or “sh” became really harsh and can create a little stress for the ears. While this problem generally occurs a lot more often when listening to lossless tracks it also occurs on a few compressed tracks.

The MA350 bass is the aspect that makes the MA350’s sound signature so fun to listen to. The MA350’s bass is clearly exaggerated which gives the MA350 a rather relaxed and warm sound. Generally speaking, the MA350 have smooth, prominent, deep bass that feels a lot more controlled and tight in comparison to most IEM in its price range. In budget IEM I usually find the bass is lacking in depth, control or both and when the IEM has a bass prominent sound signature these flaws tend to show even more.  This is why I so impressed with the even with the bass exaggeration I notice little to no loss of bass control. The bass of the MA350 is rather revealing and tends to show details that are usually lost or sound faint on other brighter IEM making it a very fun and entertaining switch.

The MA350 are a phenomenal budget IEM that has a very fun and generally relaxing sound signature that does a great job at reproducing details. The build quality is amazing as it feels durable and feels like it was built to last. With a $39.99 price tag it makes a great gift and is a great first step into better audio.

Check out the MA350 at RHA's website here.
Interested in the MA350? You can order them here at Amazon.com.