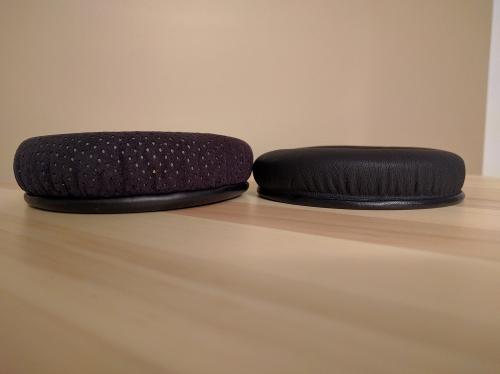 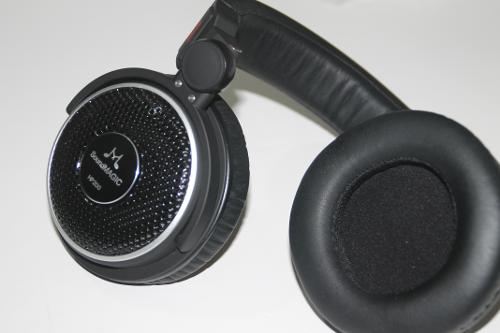 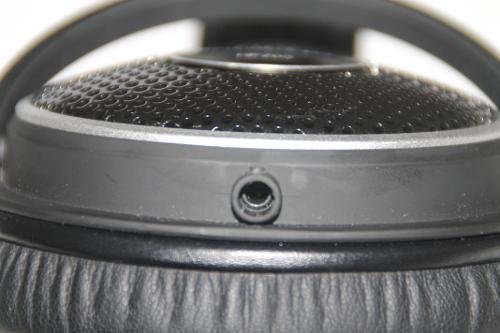 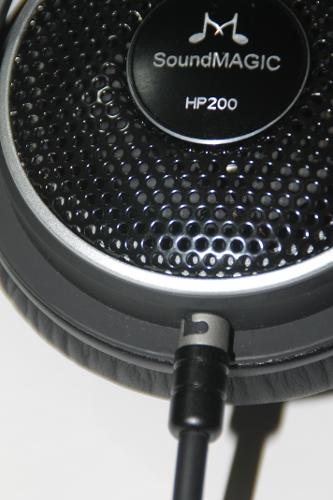 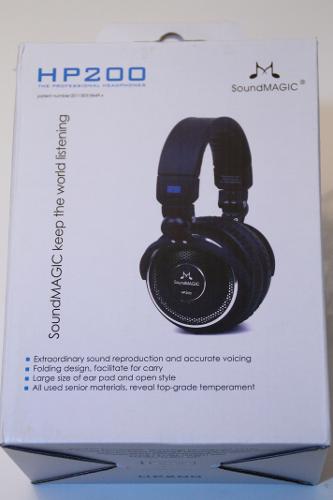 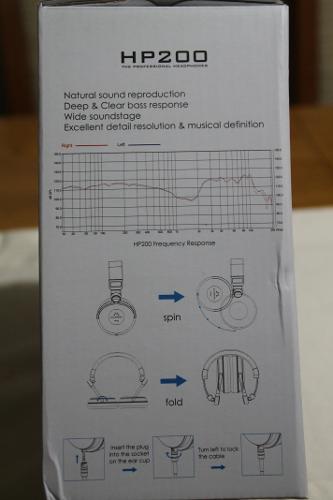 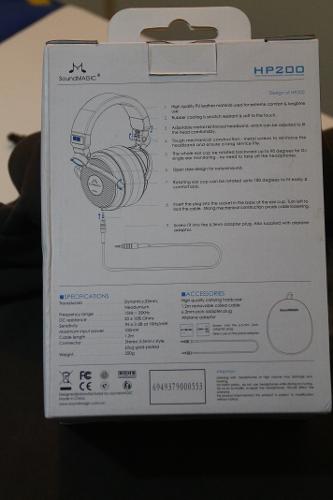 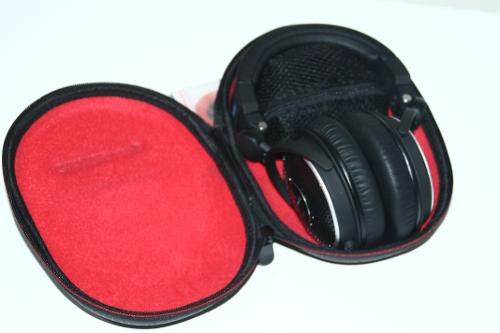 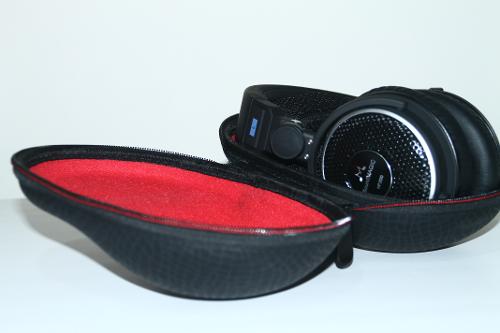 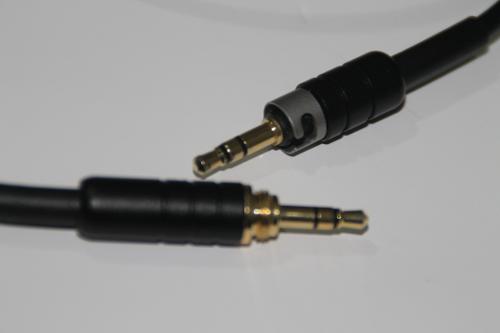 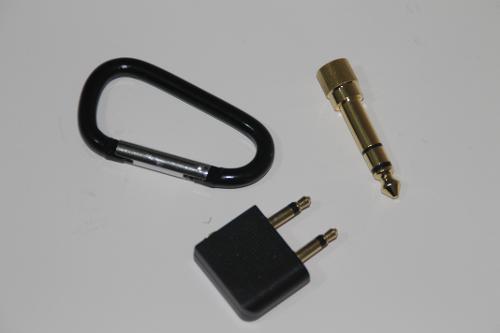 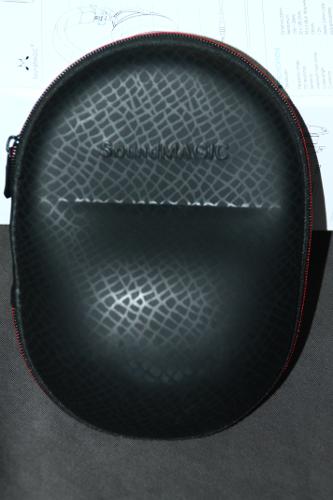 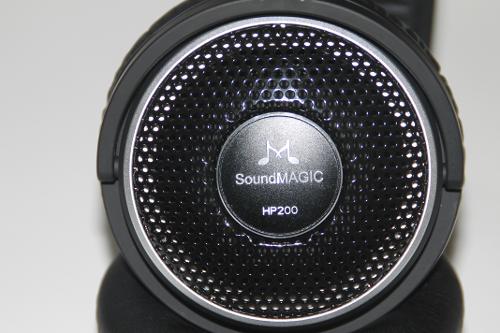 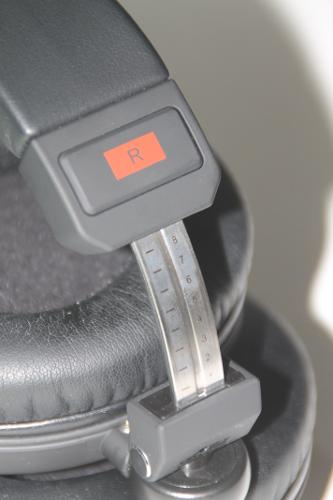 
Short Intro:
SoundMagic (SM) is already very well known in the audio gear market as a company that usually provides very nice sounding products for an affordable price. The old PL30 in-ear model was one of the most praised, and the newer E10 and E30 were well awarded as well. In my case, the PL50 one was the first Balanced Armature based earphone I tried, and became my favorite for a long time.
We've also seen SoundMagic taking part into the portable on-ear headphones and earbuds groups as well. Now, after releasing their first over-ear full size 'closed-back' model, the HP100, they also developed their first 'open-back' model, the HP200 which is getting reviewed here. It would've been nicer if the pack included another longer cable, like a coiled one, and extra pads, but it's quite acceptable. Build & Design:
Build quality is quite good. Not an outstanding tank-like or crushproof build, but definitely what should be expected for the asking retail price.
The sturdy metal grills are surrounded by a rubbery cover and the collapsible mechanism makes them easier to store or carry, and it's possible to rotate the cups to the back.
The cable is left-sided and detachable, and the cable socket features a locking mechanism that won't make it easy to find an aftermarket replacement cable. The included cable and extension are really thick, and right out of the box carry some memory effect that tends to fade away in short time. Fit & Comfort:
Perfect! The headband and pads are quite thick and very, very soft; making the HP200 one of the most comfortable headphones I've ever tried. As soft as a pillow. The soft pads offer a very easy seal, and there's practically no clamping force, and yet they feel very secure. They may not be the lightest, but the well-padded headband helps to forget about the extra weight. Great for long listening periods. Sound:
The main part. This is why I like over-ear, full size cans and 'open' design, over everything else. While isolation and portability are not their strengths, one thing is for sure, they do not disappoint when it comes to sound performance. Usually, open back headphones offer a more natural sound reproduction with a much better sense of space and air. These new SoundMagic HP200 are no exception.

While the HP200 aren't necessarily hard to drive from a decent budget DAP, such as Sansa Clip+, Ipod Shuffle and similar, they do benefit from a more powerful source or decent amplification. They won't show their true power, but will surprise nonetheless with the lively, fun and extra detailed presentation. Extension on both ends is more limited. Bass is still strong, but less tight, and highs feel hotter and less controlled. The overall signature is slightly more of the V-shaped type, with the midrange being the more affected and they won't sound as open and effortless. The sound seems to match the frequency response graph showed in the box. In a way they remind me of some Audio-Technica headphones, with their lively and aggressive V-shaped signature.

My main impressions are based on the HP200 fed by the new Panda Audio Amp-S which is quite powerful. A transparent amp with a pretty neutral/flat response, close to zero coloration, and that improves every characteristic of the earphone/headphone more to its fullest potential.

The HP200 present a rich and very lively and effortless sound without leaving the details behind. Not a laid-back or flat-neutral response, rather leaning slightly towards to an aggressive presentation, but never to the point of being overwhelming. It’s very full from lows to highs and doesn't lack at any field.
The bass is at its fullest featuring incredible detail together with a nice sense of warmth. It is very tight and incredible detailed. Not a heavy bass headphone by any means (unless extra coloration/amping added), but north of being bass-light, just an adequate amount, rather true to the source (the music track). Mid-bass has a lot of rumble, with enough impact and quick attack and doesn't feel lacking in quantity, leaving a clean field to the lower mids. Thus, bass bleed is non-existent. Extension is truly great with that 'limitless' feel, and decay is quite good. Sub-bass reaches far and deep with ease and is capable of showing up to every beat and kick. It's the kind of bass that manages to make you a little dizzy at first, if not used to it, which is usually a plus in my book when referring to 'open' headphones or earphones.

The midrange is where the source used has the most effect, as the HP200 tend to respond very accordingly to it, and so it's the most difficult part to describe without considering the rest audio gear components that take part on the play (Dap, Dac and/or Amp). That's no to say that the HP200 are picky, on the contrary, they're quite true to the source without showing a 'personal' coloration of their own.
Depending on the amping I used, the mids themselves could sound very rich and sweet (but not to be called mid-centered yet), or rather more neutral and linear. Not exactly a day and night difference but quite noticeable to the more focused listener.
Either way, the midrange could be seen as one of the strengths of the SM HP200. It is very open and very full with a slight emphasis towards the upper tones, beautifully balanced from top to low mids and free of graininess. Technically it shows fantastic articulation and resolution, with a very realistic note, as expected from an 'open' full-size can. They are fairly forwarded with and an extra weight and richness to grab the attention of the listener, and far from being overly thick and congested. Well powered, they can sound very effortless, open and transparent with a very nice sense of warmth without forgetting to add a catching fun factor.
As for vocals, it's possible to say they simply 'shine'. Not only they're given a high priority when positioning them, but also presented with impressive clarity. While they won't fall into the vocal-centered group, vocals are beautifully textured and very sweet and moving. They're still not perfect, though, as they can be slightly edgy at times and somehow sibilant with some tracks, not to the point of being harsh and unbearable for sure, but still not as 'perfectly silky and smooth' as they could. Even though, when it comes to vocal response, the HP200 are of the best I've came across.

The upper end has a slight extra emphasis over the rest of the frequencies. For the treble quantity, the HP200 definitely can classify as a brighter headphone. Furthermore, part of their livelier and exciting presentation is due to the slightly hotter and aggressive nature, and while not peaky or piercing, they are not fatigue-free either after some use. Treble quality is top-notch, not only worth of being called the company's 'flagship' but also a true top-tier. Similarly to the low end, the highs' extension is nothing short of excellent and can reach the upper notes with ease, making them well-balanced with the bass depth. Cymbals are sharply presented and the lower-treble lend an added crunch to guitars along with the upper-midrange.

The micro-detail is one of the most amazing features of the HP200. They manage to show every smallest detail, not in an 'analytical' detailed way, but in a very dynamic one. The level of detail is so impressive that, at first, may even give the impression of something going wrong with the source used. Yes, they will show the minimal detail, making them quite a revealing headphone. The difference between 320 Kbps Mp3 and Lossless files is easily noticed with these SoundMagic's.

As expected, the soundstage is quite huge with an exceptional immersive three-dimensional presentation, and the SM HP200 provide incredible imaging, giving the right position and distant to each instrument taking care of not sounding 'too' airy. Of course they offer that 'out of the head' feel and fullness from a true open design. Conclusion:
Soundmagic's first open back and full size try is quite the surprise. Comfort is at its best, and the sound exceeded the expectations. When properly powered the SM HP200 punch above the retail price with an amazing detail level and immersive open sound. Personally, I'm quite surprised that this model didn’t get too much attention, especially when they come from a well-known company as SoundMagic, but there might be a 'hidden gem' within the HP200.
Last edited: Nov 18, 2019
Favorites: Shanling M6 ; Oriolus BA300s ; qdc Anole VX ; Dita Audio Twins
Next reviews: ; InEar ProMission X ; Soundcore Liberty 2 Pro

Great detailed review. Seems like no one noticed this hidden gem. Have been using mine for about 2 months now. Nothing short of excellent. It reminds me of the sennheiser HD650 but with a clearer tonality and more balanced sound. build quality is top notch
Share This Post
post-10290381
Post #3 of 106

Thanks!
Didnt have a chance to try those Sennheiser´s , but i plan to demo some of the HD and compare
Favorites: Shanling M6 ; Oriolus BA300s ; qdc Anole VX ; Dita Audio Twins
Next reviews: ; InEar ProMission X ; Soundcore Liberty 2 Pro

Apparently, nobody on Amazon seems to be selling the HP200 here in the US. (Only the HP100 is available.) All the eBay sellers are based in Hong Kong and elsewhere, and while I can't speak for everybody, I can say that I would personally be a bit hesitant on buying something for $200+ shipped overseas through eBay, with the possibility of no warranty if something goes wrong.

I think SoundMagic should work towards getting all of their products available through Amazon and sold by Amazon, as well as other major retailers. It seems to be working for them in the UK. Just my 2 yen.
Reviews and Impressions: Beyerdynamic DX 160 iE | Blox M2C | Creative Aurvana Air | RHA MA350 | Sennheiser CX 985 | VE Zen and Asura
Share This Post
post-10300423
Post #5 of 106

Apparently, nobody on Amazon seems to be selling the HP200 here in the US. (Only the HP100 is available.) All the eBay sellers are based in Hong Kong and elsewhere, and while I can't speak for everybody, I can say that I would personally be a bit hesitant on buying something for $200+ shipped overseas through eBay, with the possibility of no warranty if something goes wrong.

I think SoundMagic should work towards getting all of their products available through Amazon and sold by Amazon, as well as other major retailers. It seems to be working for them in the UK. Just my 2 yen.
Click to expand...

ballard3 said:
Great review. Do you confirm that  midrange is not recessed  ?
Click to expand...

Have you already tried the Sennheisers?
These or the HD650s? What would you recommend?
Click to expand...

Great review!! Also, do you know if the Fiio Andes E07K can drive these headphones very well and also if the bass would be overbearing for the "treble heads"?

Great review, Zelda! These are on their way and will be here Saturday

feilong4 said:
Great review!! Also, do you know if the Fiio Andes E07K can drive these headphones very well and also if the bass would be overbearing for the "treble heads"?

Don't have the E07K yet. Sorry. More interested in the E12.
I personally don't think the bass will be That strong. the Treble on the HP200 is on the bright side. I even use a warmish amp to smooth them down a bit, and i'm not a basshead at all.
Favorites: Shanling M6 ; Oriolus BA300s ; qdc Anole VX ; Dita Audio Twins
Next reviews: ; InEar ProMission X ; Soundcore Liberty 2 Pro