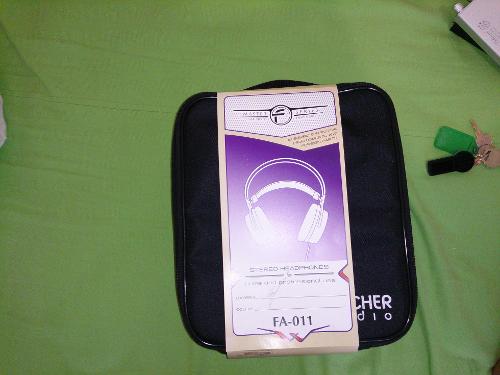 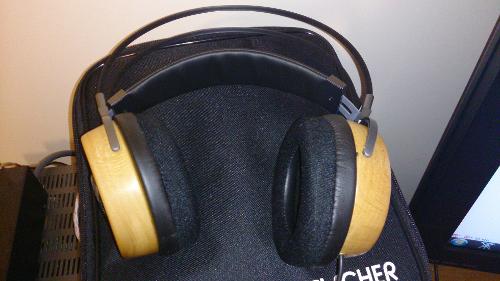 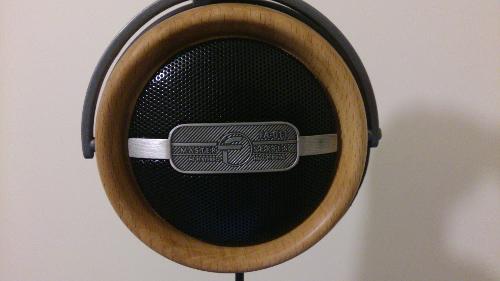 See full thread gallery...
You are using an out of date browser. It may not display this or other websites correctly.
You should upgrade or use an alternative browser.
Review of the Fischer FA-011 New Edition.

Picked these headphones from Noisy Motel on the 18th of March and had a good chat with the owner there. As a reflection of the nature of these being hand-made, the first pair had a slight imbalance and it was swapped on the spot as the headphones were opened while I was there. The next pair sounded great out my PB2 and the O2. Great service by Noisy Motel there as they let you hear and even opened a few pairs for me to listen. The headphones were tested using the following gear:

Source: My home-brew PC with Optical out from an Asus DGX to the Sherwood.

Tracks all in FLAC ripped from CD except the 24 bit ones.

Little Talks by Of Monsters and Men.24/96

The Keepers by Santigold.

Bombers Over Ibiza by Hans Zimmer.24/192 Sounds smooth and syrupy with a hint of sibilance. The midrange was clean on all tracks with no hint of recession and the bass had good punch and impact. The track by Javiera Mena has some mid-lower bass in the beginning that can be tough for a lot of headphones to resolve and they didn’t get it perfect but handled it competently enough. Overall sound was clean with a very mild hint of sibilance in the upper registers when cranked up really loud. The treble has sparkle and control but loses it when pushed REALLY hard. With +4 db at 55hz and +2 db at 77hz in Foobar, they sounded perfect to me as the bass really started hitting hard on the Trance tracks and the sibilance cleaned up.


Moving on to the O2, the immediate surprise was the soundstage as it really opened up compared to the PB2 and the bass tightened. The sound-staging is huge and it was a clear winner over the PB2. There is still a tiny amount of sibilance though that was eq'ed out by me. Overall a very satisfying combo with the DB2/O2 on all tracks but a swap of the incoming LME49990 in the PB2 might change that. With the headphones next plugged in the Sherwood connected to the PC using the DB2, the whole setup did a 180 and became sibilance free. The vocals very slightly recessed and the sibilance was dead as a duck. The headphones became very enjoyable on this setting as the EQ was set to 0 and there was no artificial boost of any sort. The bass became a bit forward and the treble reined in. On certain Trance tracks, the bass control was in the negative on the Sherwood as it was overloading the phones. Mylene Farmer,s vocals were silky smooth and the presentation of the whole track was beautiful with a very warm and liquid presentation. I could hear her for weeks on end and still be not satisfied. Her voice never went into the “ssss” stage and. Phoenix by DJ Wippenberg was punchy with again a slightly recessed midrange and 0 sibilance.

Moving on to the Headstage Arrow 4G, this amp has a lot of options and would be my choice for portable usage. The sound was very in depth and the soundstage was big. Sibilance was minimal and the headphones happily ran on the middle gain setting with bass at max and treble at 1. Again the sound was very clean and vocals seemed to be a bit more forward than before. Trance is a joy to listen to on these tracks and I tried hard to fault them at this price point but cant really find any shortcomings.

To conclude, this is a great choice in this price range and while it might not possess the technical brilliance of the MDR-F1 or the effortlessness of the Stax and can only hope of touching the HE-6s shadow, it is a “fun” headphone for all practical purposes and can be happily used around the house with decent amping. There, s a better rendition of the mid and lower end when powered properly and the highs could use a bit more taming.

In my personal opinion, its the anti-thesis of a Grado. (Them fighting words).

Nice review, nice update to the packaging as well on FA's half. Don't know if these sound anything like the first "golden batch" (according to Billy and bigsby it should sound close to the original batch with better QC), these things like power. High impedence OTL tube amp's welcome, vintage receivers with bass/treble adjustment welcome. One ss amp I like with these is the b22. Plenty of authority and brings the sound out.

Never heard the original version so cant comment there but I will surely be keeping these.

Getting a Little Dot 3 very soon so expect even more improvement.

Oh yeah, these things love tube's. Embrace them with one and you'd have sweet notes to your ears.

Hey guys, I just made a thread with photos of these, I'll post them here anyway (Sorry for double posting) Great Review GikiGill, and great photos Jensy.
Any word on the new Special Edition FA-011 yet? I know its coming in 3-4 different woods and that they are only making 10 of each wood world wide, and that theres a driver technology update, but thats it. Have they come out yet? I havent been searching new posts in a few weeks.

Some of us already know. As I mentioned few pages back there is a limited edition version to be released around $350-400 each pair specially serialised, different wood options and slightly modified drivers.

Not buying at $400 until it rivals cans at those prices.

Fischer seems to be getting ahead of themselves with such a move although I shall reserve judgement till I hear them. Build quality also needs to be Sennheiser solid for that price tag.
I was the one who taught the user alphaman that it's "unwashed masses" and not "unwashed mass".

Well it will be an LTD Edition version so you will be paying for its uniqueness rather sound. It's the same for all other limited edition headphones it is targeted towards a niche crowd or the collector.

Who knows until we hear them. I dont think their quality is bad or maybe i just got lucky. Also I dont think they are getting ahead of themselves, they make amazing headphones- i have a pair of karelian birch fa002W HE with non HE drivers fitted that are worth more than that, and i think they are GREAT in all regards (build/sound/etc). Ive heard and seen some pretty bad $350 headphones, from companies half as good as Fischer- my personal opinion is if they sound better than the stock FA011 im in! But thats just me.

$400 is Hifiman, HD650, 702 Annie and AD1000X territory. They have to be able to play with the big boys.
The FA-002 is a great can though. I plan to get the Titanium driver version eventually and switch the cups to wood.
I was the one who taught the user alphaman that it's "unwashed masses" and not "unwashed mass".

I sold mine (old version with variability due to QC issue) to a Frenchman for $ 85 inclusive of international shipping. Honestly I feel they are worth that much only and would feel guilty charging more. For $400 they better be good.

jums said:
any reviews of the le?
Click to expand...

They are propably waiting for yoga to upgrade their cd-640 model so that they can have yoga to manufacture those upgraded fa-011...slap some wood there and charge $500 for those. Im guessing same thing happened with fa-003 titanium version. Yoga released their 25th anniversary headphones with metal hinges and soon there is a version of fa-003 with identical metal structure. Atleast they made the wood cups themselves...with the new renaissaince line they don't even do that since oem company esmooth already does that. Imo waiting for and buying fischer audio  products makes about as much sense as buying a headphones because of celebrity endorsement. If you don't buy because of the brand the exactly same products are available somewhere else by some no name company with the fraction of the price.  Great headphones though...I own digitech pro monitors, ace mp68 and renkforce cd-340...I just wish people would stop appreciating fischer audio as a legitimate headphone company because those guys are headphone accessory manufacturers at most..
You must log in or register to reply here.