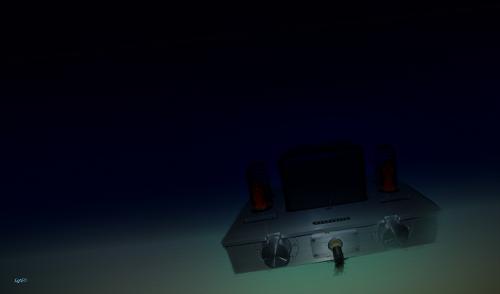 See full thread gallery...
You are using an out of date browser. It may not display this or other websites correctly.
You should upgrade or use an alternative browser.
REVIEW: DARKVOICE 3322

Thanks, Ogygia. Good to hear the 3322 sounds good with lower impedance headphones.

Thanks for a great review, I want this amp more than ever now.
One question, though. Anyone here running this amp or any other tube-amp in this pricerange with a pair of Grado RS1? As I understand these have lower impedance than both the akg 701 / senn 650, and Im very interested in what others report the sound to be like. Im basically looking for that overwhelming and big soundstage but with good punch and detail. I`m not at all experienced in this, though, so I could be way off with the grados for that purpose.

Hey,
That is pretty good analogy

i got a quick question, i just acquire the 3322 but it seem kinda weird to me, the left and right volume seem unbalance
meaning if i set for example 9 o'clock on the right, my left needs to be 3 o'clock to sound balance?
futhermore, it seem that my left channel seem to be more louder at max volume while my right channel sound almost from 12 o'clock onward, something wrong with the amp?
prompt reply will be very much appreciate so i could revet back to the seller as he claims it alright and normal

Have you checked the connection of your phones in the phone jack?

Sometimes, a poor connection in the phone jack can create such an imbalance. You might try moving the plug around in the jack, rotating it, etc. to see if that resolves the imbalance.

You may also want to check your RCA input connections, as well as your tube connections.

I wouldn't think that much imbalance between channels would be normal. I'm sure other DV3322 owners would have reported such a significant imbalance, if they experienced the same thing - and they haven't.

But... some of the engineers may have some better ideas of what might cause such an imbalance.
Phones:  All the good ones!    Amps:  Some of the best!    Sources:  As good as they get!

Big imbalance there, DeathgOd. Definately not normal. Could be a headphone jack problem, but could also be a tube not working properly on one side. Have you tried any other tubes to see if that's the problem?

it looks amazing~for the price...
"I built my staccato like the piano; low register with the warmth of the cello; lyrical melodies like the violin; running notes like the clarinet"-Maurice AndrÃ©
Headphones: Ultrasone Edition 9, Denon AH-D7000, JVC Victor DX1000, Grado GS1000, Sennheiser HD650/600

2. need to listen at very high vol and the bass is not even punchy though its there

so i initially suspected that the dv322 is faulty, so i plug in my ue 11 instead and found no problems at all and the vol knob are totally in sync left and right not going over more then 9 o'clock position

and so again i suspected it must be k702 faulty thus i put it into my larocco pr ii and match the left/right sound several times and found they are perfectly alright and sound image are totally in center.

RCA input was changed to WBT0201, furutech for power

It seems really hot inside Thats quite an imbalance between channels - mine are almost the same (and never much above 9:00) - mine sounds marvelous with either lower (Denon AH-D5000's) or higher (Senn HD 600's) - huge sound stage, stunning clarity, tight bass, and extended sweet top end - what more could you ask for? Seems hard to beat at this price point.

How wide is this amp?
You must log in or register to reply here.