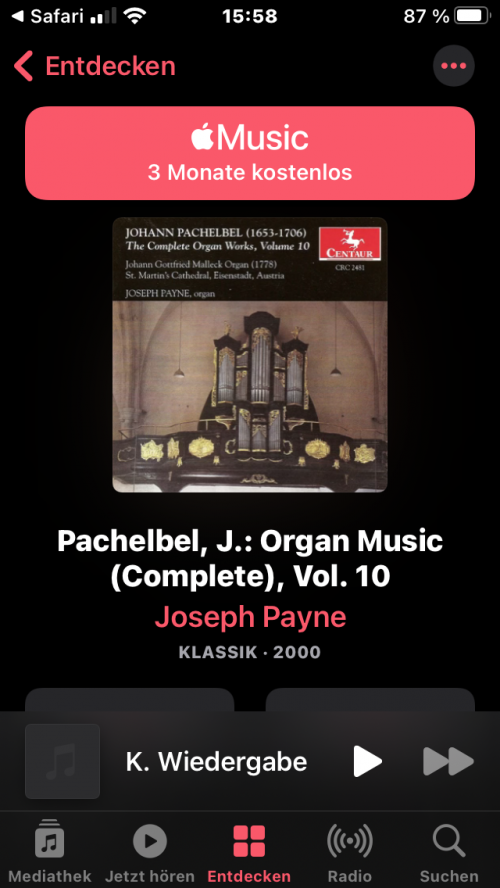 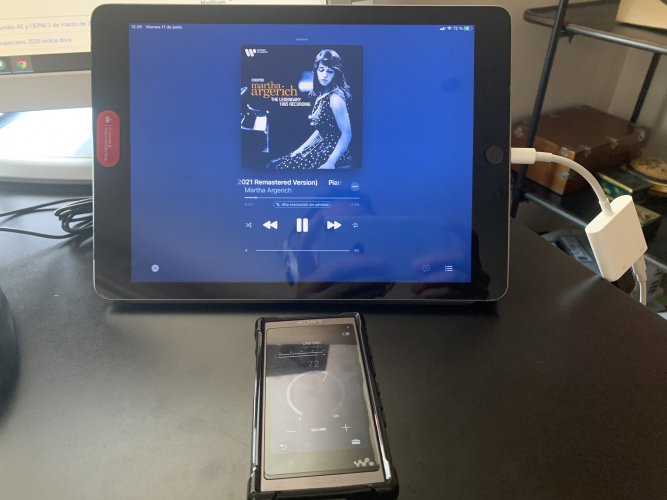 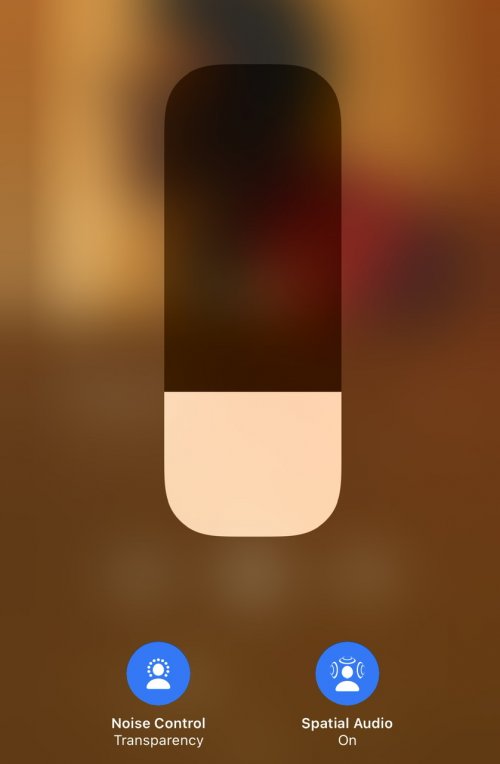 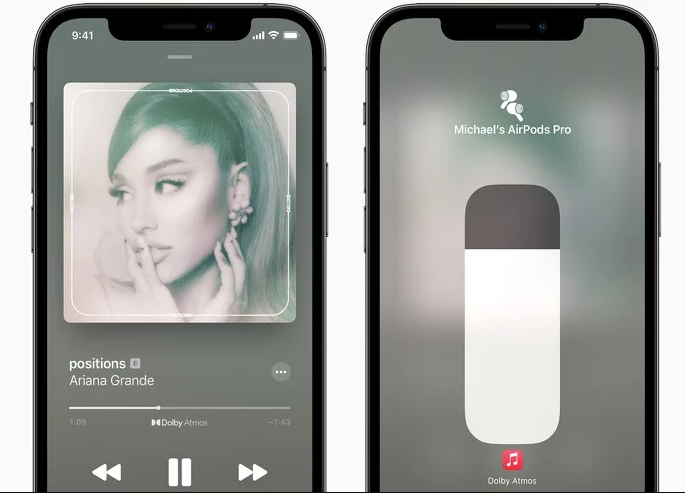 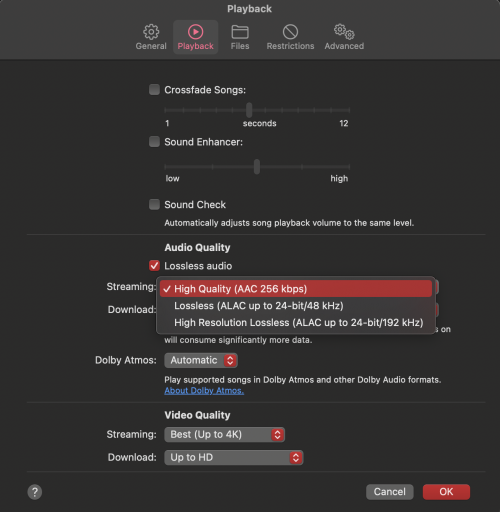 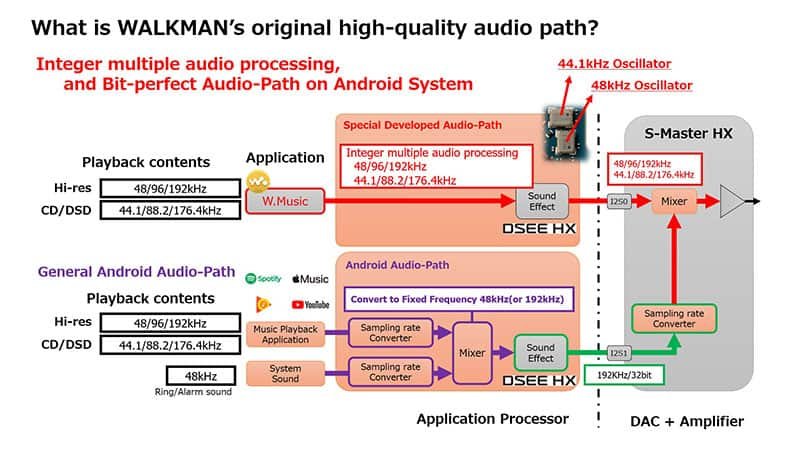 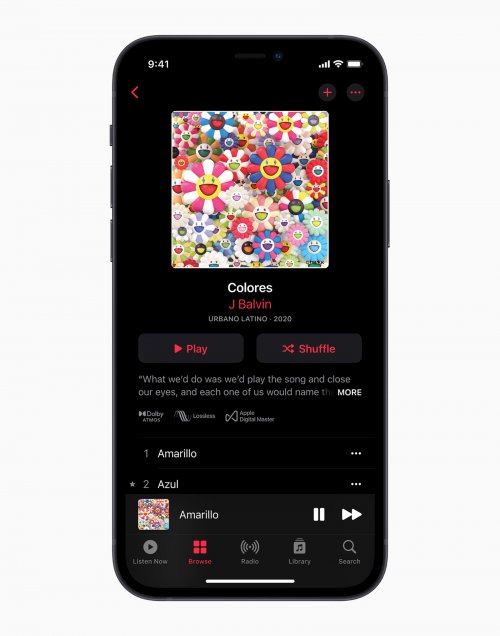 You are using an out of date browser. It may not display this or other websites correctly.
You should upgrade or use an alternative browser.
(RELEASED!)  Apple Music released Lossless High-Res Streaming and Spatial Audio at no additional cost

Wouldn’t that be just great? HiFi / High Res (unfortunately no information about Bitrate, quality given) at zero additional cost rumored.

Let’s speculate, quality would be the same as Tidal. Differentiation came down only to “AI“ Features, Suggestions. Maybe content, are they different these days, anyway?

Read the news on Macrumors

W O W! This will give the other services a headache, I think!!

By default, Apple Music will automatically play Dolby Atmos tracks on all AirPods and Beats headphones with an H1 or W1 chip, as well as the built-in speakers in the latest versions of the iPhone, iPad, and Mac, according to Apple.


Apple Music will be getting new Dolby Atmos tracks constantly and will offer a curated selection of Dolby Atmos playlists, according to Apple. Dolby Atmos albums will have a badge on their detail page for easy discovery.

Add: Lossless seems to work with ANY kind of headphone, connected through external DAC/AMP:

How can I listen to lossless audio?​

You can listen to lossless audio using the latest Apple Music app on an iPhone, iPad, Mac, or Apple TV.7 ('https://www.apple.com/apple-music/#footnote-8') Turn on lossless audio in Settings > Music > Audio Quality. You can choose between Lossless and Hi-Res Lossless for cellular or Wi-Fi connections. Note that Hi-Res Lossless requires external equipment such as a USB digital to analog converter. 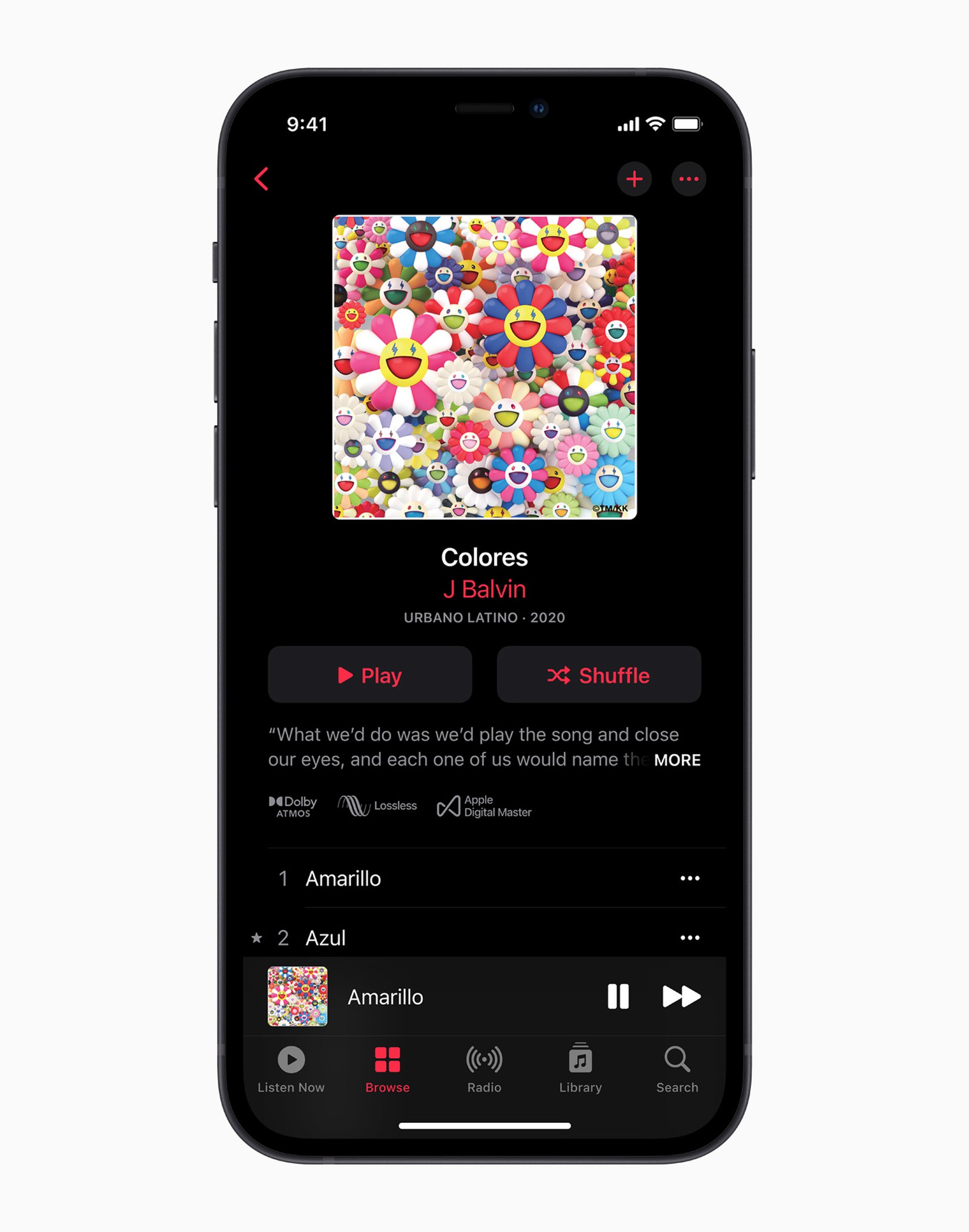 Especially if they add a Hi-Fi tier to Apple Music they really need to look at including AptX-HD, LDAC support. Although knowing Apple they’ll probably create their own higher bitrate codec.

Yes, they would need LDAC or the equivalent to really pursue HiRes.

My personal beef with Apple Music services is that if you use them, it pretty much takes over the Apple music app. Which means that as far as I can tell you can't use that ecosystem to upload your own music. Yes, you could put other music apps on your phone and play music that way; but it gets messy. Of course you could argue that using Spotify etc. is equally messy.
N

It would be great to have another competitor with lossless CD or better quality service. But, I still have reservations from the iTunes days. At least streaming won't have the same DRM (even with purchase) issues. It'd be especially easier given some cell phone providers add Apple Music for free ... at least worth a trial.

Likely CD lossless quality only, not hi res. I certainly wouldn’t mind if I was proven wrong.

originalsnuffy said:
Yes, they would need LDAC or the equivalent to really pursue HiRes.

My personal beef with Apple Music services is that if you use them, it pretty much takes over the Apple music app. Which means that as far as I can tell you can't use that ecosystem to upload your own music. Yes, you could put other music apps on your phone and play music that way; but it gets messy. Of course you could argue that using Spotify etc. is equally messy.
Click to expand...

This is interesting news. I hope they do it right and support other high bitrate bluetooth codecs. Perfect opportunity.

I’m they doing need to allow you to load your local ALAC library in addition to cloud music / downloads tho. It seems crazy I can’t sync my library to my 256gb iPhone but can stream them back at a lower bitrate!

CharlyBrown said:
Well you can upload your music but there are some limitations in place. I think only files better than 96kbit/s and max 200MB / less than 2h playtime or so are possible (not sure). So at current date I think it’s not possible to upload ultra high res files with more than 200MB (or whatever the limitation is…).
Click to expand...

Is this process documented somewhere? I trialed Apple Music and got frustrated with the way it took over my phone. I have playlists or lectures (sort of like podcasts) that were lost when Apple Music took over the phone.

Right now, at least on iphones, music is limited to 24 bit 48 khz. I do wonder if Apple will ever lift those restrictions. And of course there is no lossless on Apple Music (at least to my knowledge) let alone hi res.

Fortunately Amazon Music HD works fine on the phone. I limit it to HD (which is basically redbook), as getting hi res out of a phone requires an external DAC. That is a good compromise for me as it mates well with my wife's car. She has wireless carplay that can apparently handle up to 16 bit 44 khz. In my car I can directly connect the phone to the car DAC via USB and limiting to HD works pretty well also. However my car has an aux input so I typically feed music from my HiBy R5. On that device Amazon HD is set for hi res.
Last edited: May 2, 2021

I just googled, and it seems that the 200MB limitation is now gone?

This is a really silly move by Apple when they've gone through considerable effort to cap audio quality at 256 kbps AAC throughout their entire hardware lineup. For a company that prides itself on ease of use, getting CD-quality audio from an iPhone is very cumbersome, if not completely impractical.
Source: Audirvana / Ares II / ZDT Jr / Jotunheim 2 // N6ii / N3Pro / ES100mk2
Headphones: Empyrean / Aeolus Ltd / 99 Noir / E5000 / IT00 / MTW2

CharlyBrown said:
I think you can say a lot about Apple but not that they wouldn’t improve their lineup in iterations.
Click to expand...

What does "improve" even mean to Apple? What does it mean to the typical audiophile? I don't think they're the same thing. At least not historically. I don't need to go through every instance of Apple choosing convenience over quality to point out that there's good reason to be skeptical of Apple discovering CD quality audio when they still can't play back FLAC natively on any of their platforms. I won't say never though. I'm sure if they do introduce HQ bluetooth audio tech to their products, it'll sound great. But this is about goosing their low Apple Music subs, mostly. They're not going to start playing super nice with wired headphones when their brand is wireless audio. As a devoted Apple user, I feel okay in saying that Android will likely continue to be the audiophile mobile OS platform of choice. As much as I would love to be wrong, it's doubtful we'll see an explosion of dope 3rd party dongle DACs for iPhone anytime soon either.
Source: Audirvana / Ares II / ZDT Jr / Jotunheim 2 // N6ii / N3Pro / ES100mk2
Headphones: Empyrean / Aeolus Ltd / 99 Noir / E5000 / IT00 / MTW2

The code discovered in the Android app reveals the two choices for lossless playback:

The problem is how they are going to achieve this. iPhones don't have headphone jack. so the only option is bluetooth and right now they support only AAC codec. So unless apple comes with some proprietary bluetooth codec for ALAC, this is not authentic news. I don't think Apple is so dumb to introduce lossless music service with iphones supporting only AAC bluetooth codec
Last edited: May 15, 2021
You must log in or register to reply here.