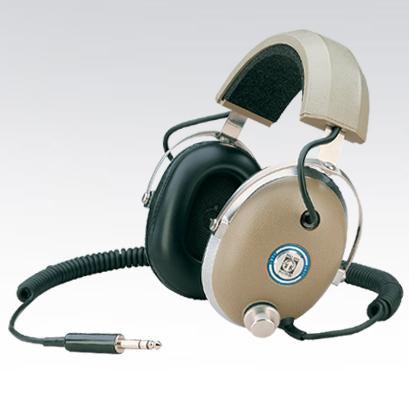 See full thread gallery...
You are using an out of date browser. It may not display this or other websites correctly.
You should upgrade or use an alternative browser.
Recommendations for Best headphones on the market (new and old)

Need some advice about IEM/Earbud.
Need to get them due to recent move and need to travel on train now. Im using PortaPro but noise on train is terrible. My friend got Koss Sparkplug but they are very dull and too much bass.

Whats the difference between IEM and earbud?

Anyways around £80/$120.
Music type mostly vocals, will need dynamic bass but not very strong.
Most important are mids, than highs.
Warm nice spacious feeling (if possible).

Quite important is noise reduction from outside. Dont mind if cheaper than budget.

I am looking for a fullsize can that is good at playing classical music (symphony, sonata concerto, in general: instrument) , I have interest in the DT880 - DT990 - AKG701 & HD650; but for now the only available is DT990

I need a recommendation for the best Headphones (for me).

I will use the phones for listening to Movies and music. I have a broad range of musical tastes, including Beethoven, Hendrix, Miles Davis, Electric Skychurch, John Prine, Pink Floyd, String Cheese Incident, etc. Pretty much everything, but leaning toward psychedelic rock.

I will also use these phones for recording, editing, mixing, and mastering electric guitar based music via software recording programs like Adobe Audition and FL Studio. I have an Echo Audio Darla 24/96 soundcard and a Soundblaster Audigy in the PC. The Adobe audition program can go as high as 192/24. I record in 96/24 as that is as high as my soundcard will go. I would like to have a DAC/Headphone amp that can translate this resolution for playback through the phones.

So I need phones that are good at movies, music, and recording.

I have been reading about various phones and a few seem to stand out: Sennheiser HD650; Beyerdynamic DT880; AKG 702; Grado RS1.

From what I've been able to gather, the Sennheiser kills at classical or acoustic music, but is week, lazy, relaxed, or unexciting for rock and roll, like Led Zeppelin for example. The Grado sounds like the best for rock music, but there is a near universal agreement that it is uncomfortable to wear and that is a deal-breaker for me. I want to be comfortable. The Beyerdynamics are reputed to maybe be the most comfortable. There is also talk of them having sound that is a contender for the best of its class (pricewise). One poster on this forum laughed at another who recommended the DT880 for rock. Thoughts about that? Finally, the AKG appears to be very precise and highly detailed without being shrill. To be honest, it's very hard to know what people are describing sometimes and whether what one says is even vaguely related to what another says. It is highly unlikely that I will be able to audition this equipment in vivo.

As far as amps, I have read that the Headroom Micro Amps are good. And I read quite a bit about the Zero DAC/amp from China. It sounds like people are less hepped up about that one across time. It also sounds like the AG Compass is well liked. The website even gives a shout out to the Head-fi forum people for their input to its current incarnation.

If you can give me any suggestions or guidance, it will be greatly appreciated.
Gear: HeadRoom Micro DAC --> Woo Audio WA6 --> AKG K702

Candlepower: try adjusting your budget to about $400 for DAC, $400 for amp, and $200 for headphones. There's no point getting better phones is your source is weak. You'll simply be hearing the limitations of your upstream components, rather than the goodness of your headphones. Mid-tier phones cost about $200-$300; new mid-tier DACs and amps are more like $1K each.

Anyways, I believe Audio Technicas might be worth looking into. In your price range, you would be looking at the 700 series, 900 series, or EWS9. I only have experience with higher end Audio Technicas, but I can tell you that they are definitely among the best.
my feedback

Hey guys, I found them for the same price at newegg.com
$41 and free 3 business day shipping.
So if you don't want to wait 1-2 months for Amazon to get them in stock, newegg looks solid.
I ordered them a couple days ago and they should arrive by tomorrow.

What's the best headphones for around $100-150 range, that will be the best possible headphones for Trance/Techno and some Rap and some Pop? I love my bass! Preferably closed rather than open aired, but I'm open to any suggestions. Thanks

I am second to above post, but mostly I listen to rock and metal.
Now I am using ety er-6i and phonak PFE, and trying to acquire cmoy amp, Sony x1000 series and a can headphone.
Deep bass and stylist is a must for me.
Thanks

i compared the d7000 to the rs1i and rs 2i. they are actually comparable imho. i was torn between the 3. the grados didnt need much power to dound good. and ive wanted grados for a while now. i tried the gs 1000i but the limitation of my cheapo amp was glaring n i didnt want tospend over a grand.

long story short, rs1 n 2i wer cheaper n sounded almost as good if not better in the midrange but the denons were more comfortable n had more range.

sorry for the ignorant post. but hope this helps a little bit.

I don't know what I'm doing and my money is going fast...

Which ones are the most expensive headphones ever? Just out of curiosity?

I've seen a picture of them and it seems they come with a tube amp. Is this the reason they are so expensive?

And moreover are they even the best headphones out there? I mean are they the absolute winner, or can ou do better for much less?

Wow holy smokes they are for sale! If only I could be out of college I would spend it all on this stuff for a year and be done

"Music is the shorthand of emotion." ~ Tolstoy"Music is a...http://www.head-fi.org/forums/f4/stax-sr-007-omega-ii-review-after-4-years-ownership-40313/
You must log in or register to reply here.