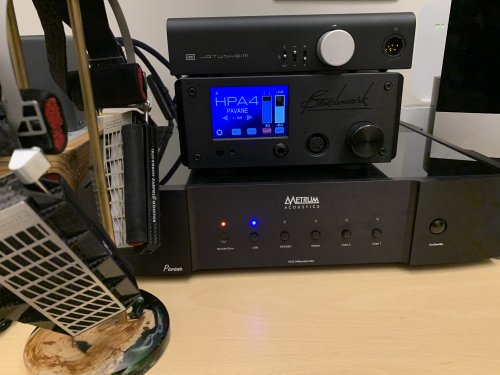 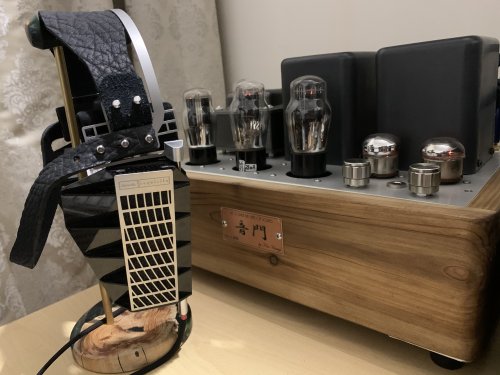 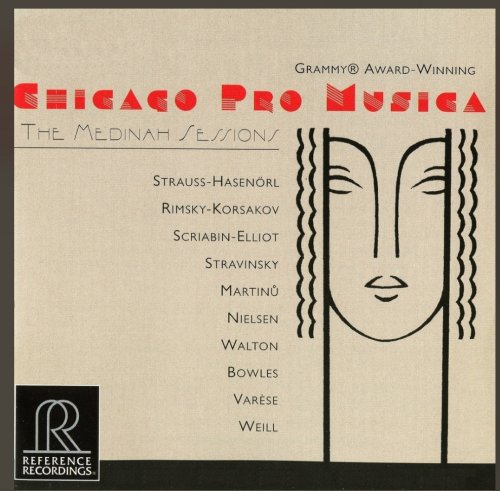 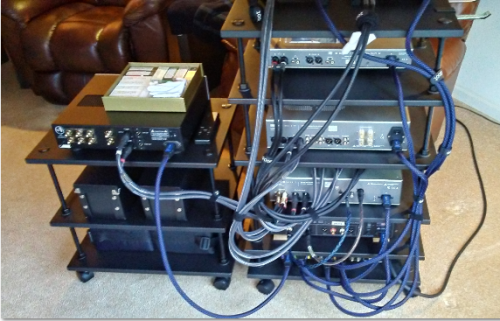 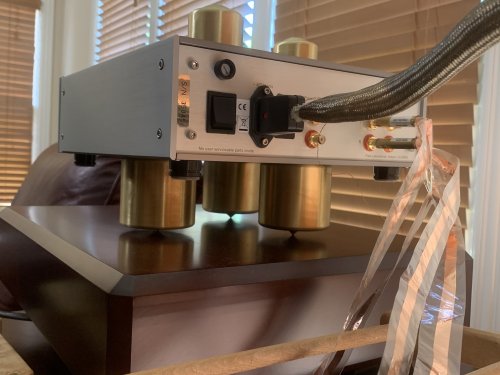 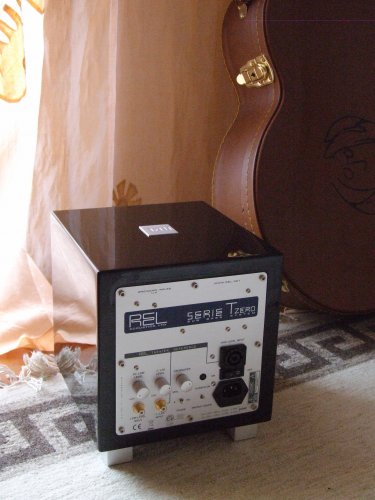 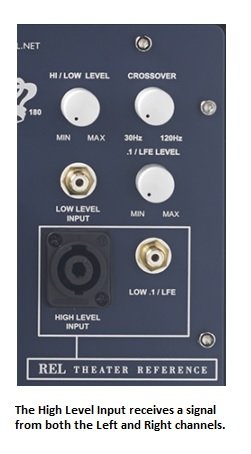 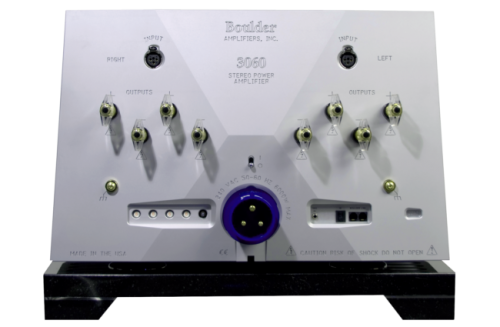 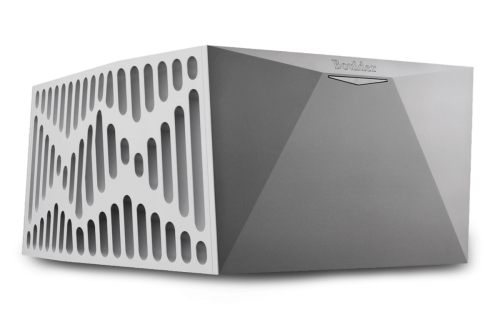 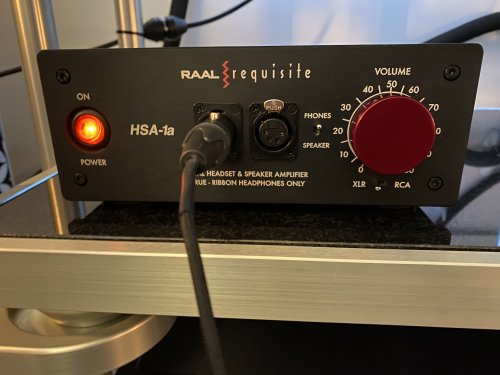 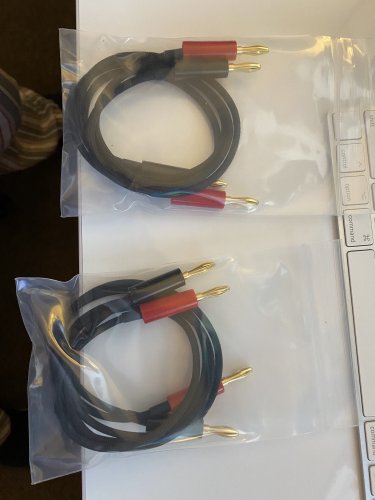 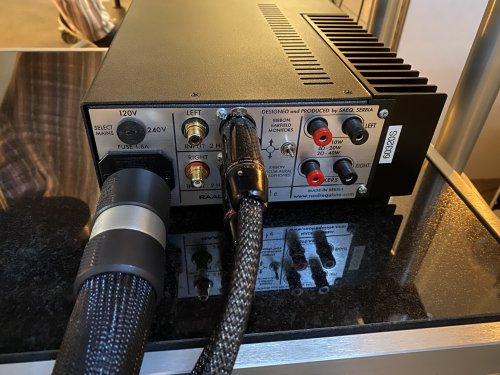 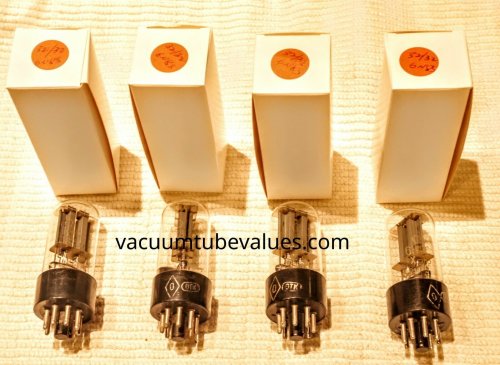 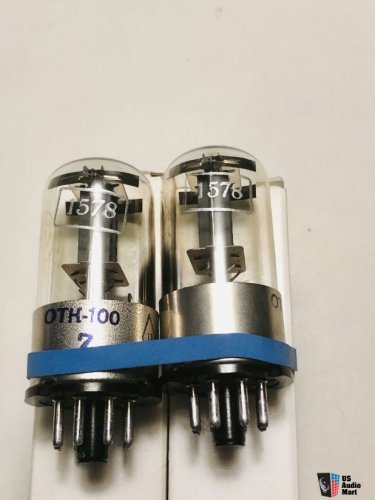 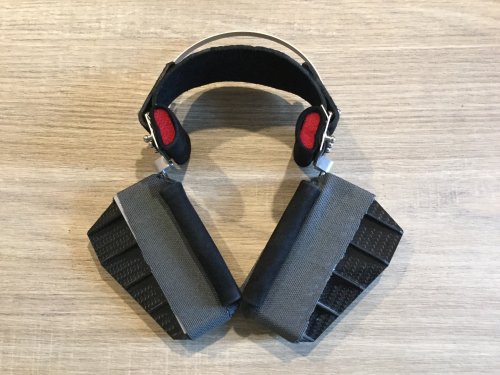 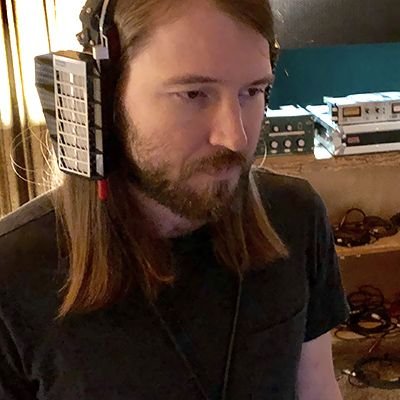 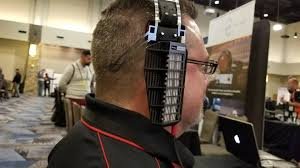 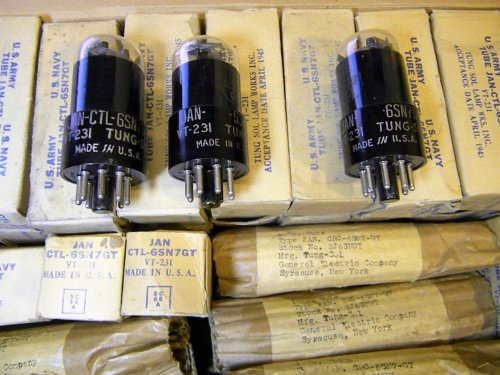 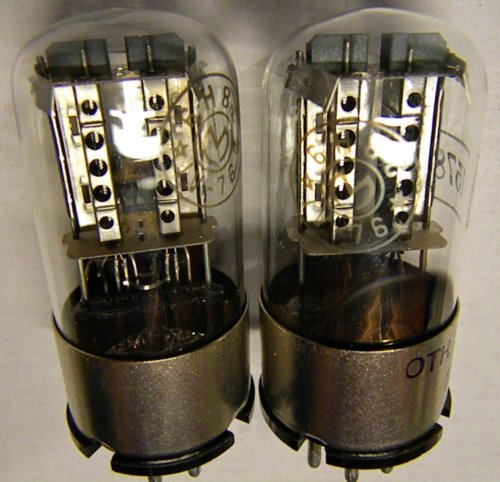 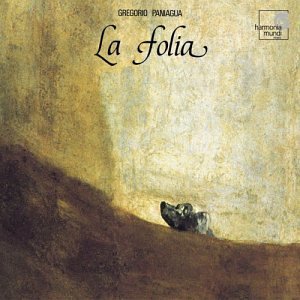 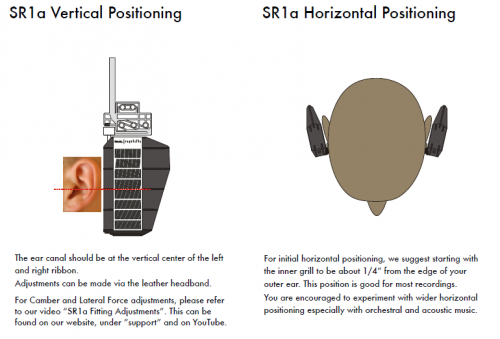 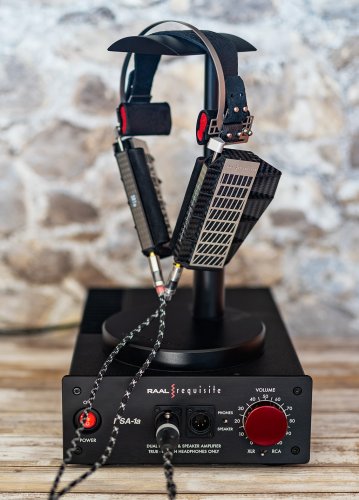 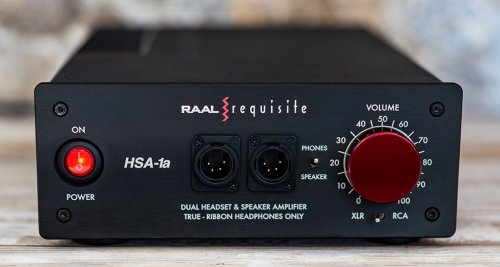 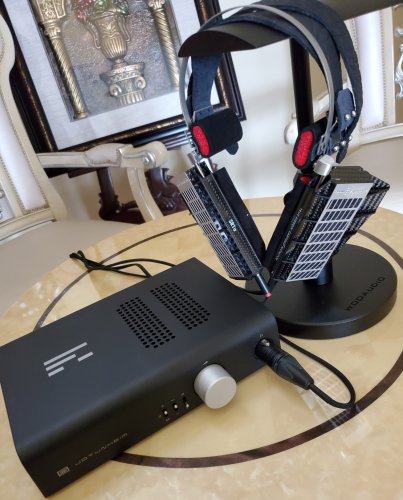 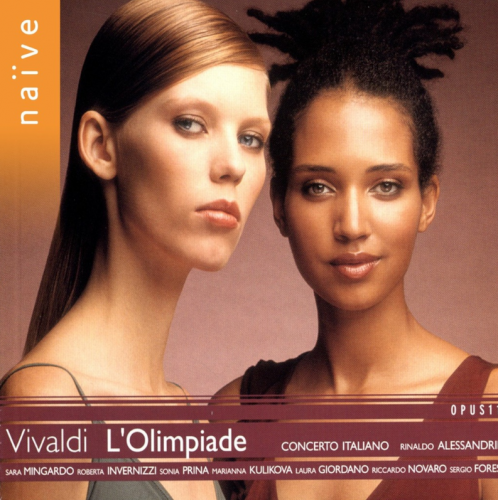 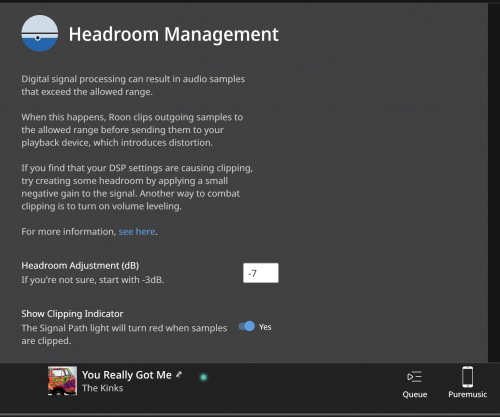 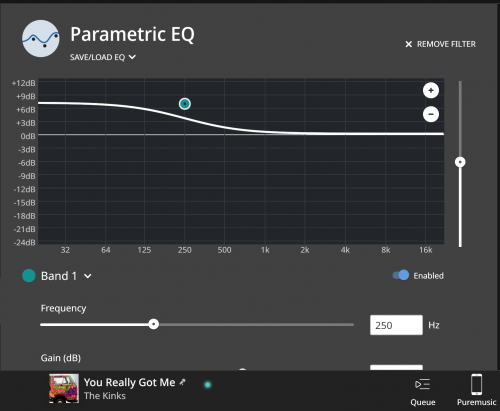 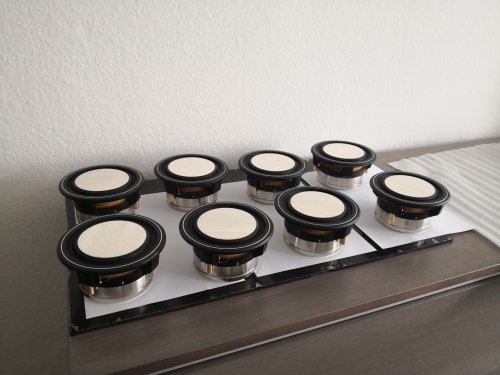 There was a mini-meet at The Source AV Design last Saturday where Schiit demoed the prototype "Weldenheim" direct drive amp for the SR1a's in a Jotunheim chassis more details at the Raal thread at forum.headphones.com. The Weldenheim was well received and it looks like Schiit may be doing a collaboration with RAAL-requisite to sell it when ready. Price may be around $1400 if it makes it to market.

FiftyKilo said:
Had anybody tried the SR 1a with ViVa Egoista 845 ? My dutch dealer think it could work. The Egoista 845 has 2 x 15 Watt Class A more than enough for the Abyss but enough for the Raal ?
Thank you for your comments !
Click to expand...

Is this Stefan? He has a Linn system that works pretty well with the SR1a.

exdmd said:
There was a mini-meet at The Source AV Design last Saturday where Schiit demoed the prototype "Weldenheim" direct drive amp for the SR1a's in a Jotunheim chassis more details at the Raal thread at forum.headphones.com. The Weldenheim was well received and it looks like Schiit may be doing a collaboration with RAAL-requisite to sell it when ready. Price may be around $1400 if it makes it to market.

Here is the text on top of the unit. Pretty swell sounding amp/dac combo if I do say so myself. Traded blows quite well with some much more expensive 2 channel amps.
Share This Post
Reactions: grokit, DelsFan, Darthpool and 1 other person
post-15133997
Post #1,474 of 2,349

The pass labs amps like the X150.5/8 or X250.5/8 are excellent amps and have some the magic most people look for when they want a tube sound. The J2 is closest to the tubes that I've come from a SS amplifier, but the J2 doesn't have enough power for the SR1a. The X250.5 I have is an excellent amplifier that has some of the tube sound magic, and has power high enough to drive and control the RAAL's beautifully. I'd highly recommend them.
Sources: Chord Dave, Hugo M Scaler, Dangerous Convert-2
Amplifiers: Cavalli Stacker, First Watt J2, Anthem STR Integrated
Headphones: Raal Requisite SR1a, Focal Utopia, Hifiman HE-6 (4 Screw x 3)
Share This Post
Reactions: llamaluv
post-15134327
Post #1,475 of 2,349

Here is the text on top of the unit. Pretty swell sounding amp/dac combo if I do say so myself. Traded blows quite well with some much more expensive 2 channel amps.
Click to expand...

This would become a must-buy for cheap skates like me.
QOBUZ HI-REZ

Here is the text on top of the unit. Pretty swell sounding amp/dac combo if I do say so myself. Traded blows quite well with some much more expensive 2 channel amps.
Click to expand...

I understand that this is just proto but do you have pics of the back input?

dieslemat said:
1.4k with the dac? It cost the same as 2 vidars
Click to expand...

exdmd said:
That's probably intentional as using two Vidars in mono-block mode is one of the preferred budget amp choices for the SR1a.
Click to expand...

In a way, that does makes sense. I failed to account for the additional price of a preamp. If the Jotunheim R sounds better than 2x Vidar/Aegir then the 1.4K price is a steal.

dieslemat said:
I understand that this is just proto but do you have pics of the back input?

I thought about snapping a pic of the back of the unit but didn't most because it was looking like a standard Jot with the dac module. So the XLR in/out, RCA in/out, USB in, standard IEC, and the power switch.

In the context of a private listening session at headphoneauditions.nl (great experience btw, well worth the trip to Amsterdam and the cost of the service), I had the chance of trying the SR1a and doing some direct comparisons with my current Abyss Phi TC setup (see signature), which I was able to replicate at the shop.

The amplifiers I was able to pair to the SR1a were the Chord Etude (100W/8Ohm) and the Thrax Enyo, a dual mono class A tube integrated with 50W/8Ohm output rating. 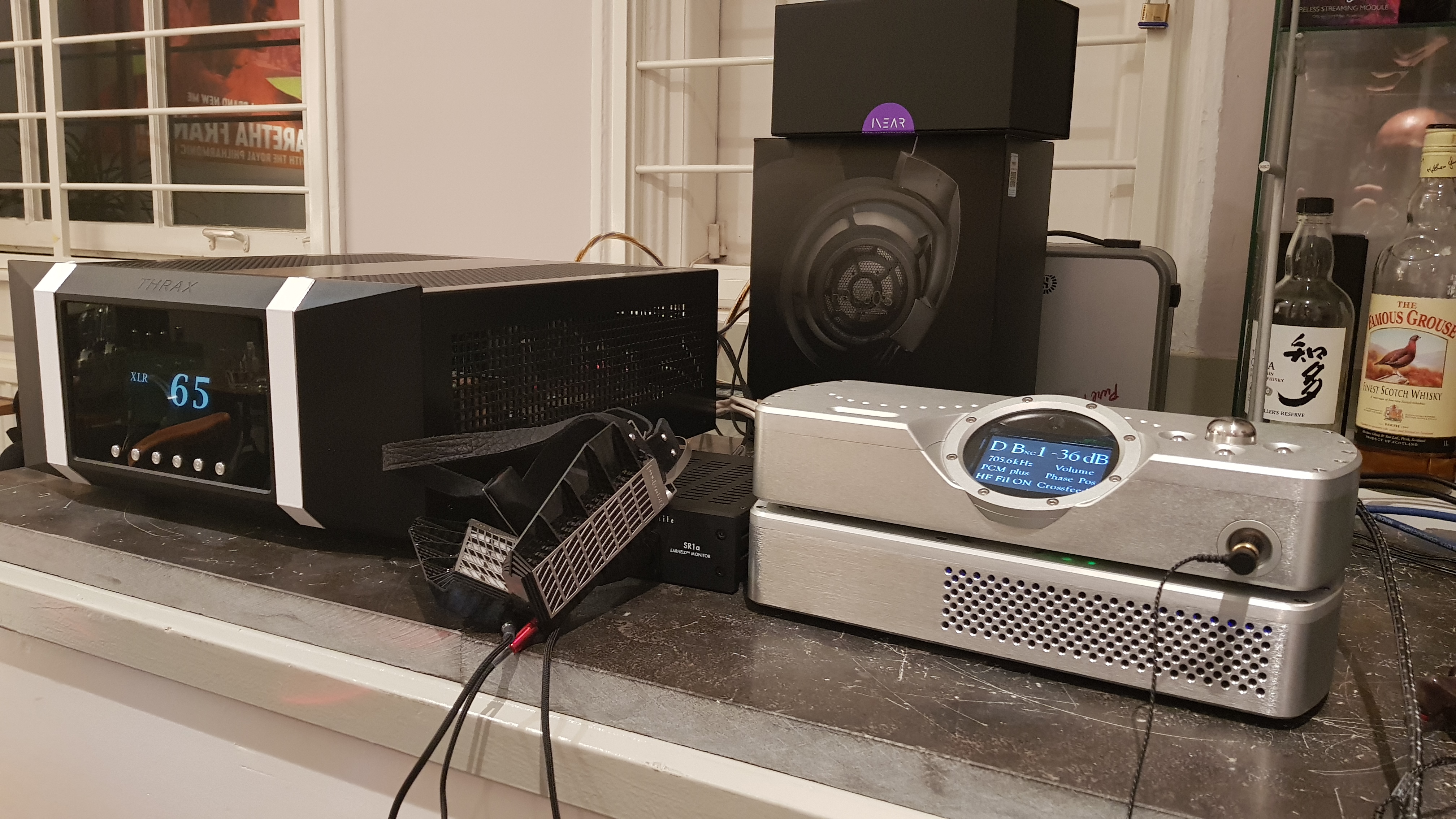 I would say the SR1a are an 'experience' of their own, and their trademark definition as Earfield Monitor is a really appropriate one.
Since the very first few seconds after wearing / listening to them you get this unique mix of headphone and near-field speaker feeling which I enjoyed very much, both in terms of comfort and fit and as a way to obtain a large and diffused headstage.

The most striking trait of the SR1a to me was their extreme micro-detail resolution capability, significantly exceeding any headphone I have ever heard, including the AB-1266 Phi TC. I would define this more as a 'technical feature' than a 'benefit', because (over)exposing microdetails is - to me - satisfying in the short term (the wow! effect) and as an analytical tool - like in a studio editing session, but not necessarily something that gets me closer to the reproduction of the live perception of the music.

I was impressed by the SR1a speed (especially with the Etude) and the sense of air between the notes and between the instruments.

In terms of timbre, I liked the midrange and treble most of all - while on the leaner side (better with the Thrax). The vocals, both male and female, were presented in a very realistic fashion and with no traces of sibilance and harshness which are sometimes a by-product of headphones with high detail retrieval and airiness. Abyss TC vocals sound, in direct comparison, a bit rougher and less 'real'.

As for the bass, the SR1a are not bass light in asbolute terms, and both the quality and quantity of their bass were above my expectations. However, I must admit that I missed a lot the sense of physical satisfaction - even euphoria at times - the Abyss are able to deliver through their deep, fat but fast and resolved lowest end.

By adjusting the earpieces I could manage to tune the balance between bass extension / impact and soundstage extension / imaging focus, but some tracks (organ, of course, but also some vocals with deep double-bass plucks) were simply not enjoyable to my ears with the SR1a after hearing them on the Phi TC.
Headstage, imaging, instrument separation were very good as well, but I preferred the Phi TC more cohesive and deeper staging. I had the feeling that the SR1a tend to present the music in an hyper-realistic, even mechanical fashion at times, which is somehow a different experience from what I get in a real concert venue, which the TC mimics closer IMO.

Among the two amps I tried, tonally I preferred the Enyo warmer / darker signature compared with the Etude, whereas the Etude won in terms of speed and bass impact. I was relatively surprised that the Enyo - rated 'only' 50W - was able to drive the SR1a well above my typical listening levels (80-85dB), with no feeling of being strained.

Overall, I really appreciated the SR1a and I am quite sure that with some more time with them (allowing better brain and mechanical adjustment) and perhaps with a further optimization of the amp pairing they could shine even brighter. That said, as I realize I am biased towards the Phi TC, I would not see the SR1a as a replacement to the Abyss, more likely as a complement to enjoy a different / unique way to experience listening to music through headphones (or Earfield Monitors

We cared about the exaggeration on the Sr1a from you, Mr. Dealer. Especially you of all people.
You understand.
True endgame headphones are coloration in sound signature. Low-fi headphones looks for fidelity. Endgame headphones has euphoria coloration!
Share This Post
post-15144534
Post #1,483 of 2,349

protoss said:
@Zhanming057 Nobody cares about the Mysphere. And protable amp/dacs.

We cared about the exaggeration on the Sr1a from you, Mr. Dealer. Especially you of all people.
You understand.
Click to expand...

protoss said:
@Zhanming057 Nobody cares about the Mysphere. And protable amp/dacs.

We cared about the exaggeration on the Sr1a from you, Mr. Dealer. Especially you of all people.
You understand.
Click to expand...

What? First of all, I am not profiting from this sale - I got a discount, and I'm passing it along. The rules stipulate that I am to not profit off item sales, and I made a point to price it below what I paid for. People here know what I paid for them because I helped them get the exact same deal. Not a lot less, sure, but I also threw in extras that I bought, with cash. I will buy them again at some point next year, and when that happens I won't ask for a better discount. Because I seriously don't care about a few hundred bucks in each direction, and I'm grateful for getting early exposure on the SR1a's.

I stand by my review comments, and I don't think that selling gear that's not being used says anything about what I'm selling. If there is a battery powered amp that could drive the SR1a's, I'd keep them.

As I quote from my own ad:

Yes, it's the one. No, I'm not unhappy with it in the slightest. But I've been traveling a lot over the summer and had maybe 6 hours on them in the past 6 weeks. My schedule in the next couple months is even crazier, and the SR1a is the one pair of cans that I simply can't travel with. So I figure if I could sell these and fund some portable items that would be a standard of living improvement. I'm probably going to buy these again and run those on the same setup, maybe in January or February.
Click to expand...