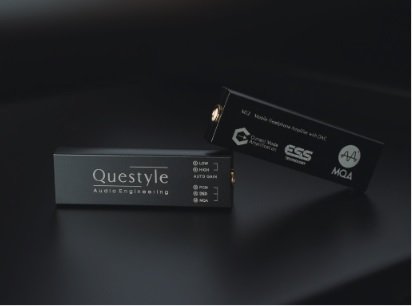 You are using an out of date browser. It may not display this or other websites correctly.
You should upgrade or use an alternative browser.
Questyle M12 Loaner Program @ TTVJAudio.com

We are offering a loaner program on the Questyle M12 Mobile Headphone Amp and DAC. 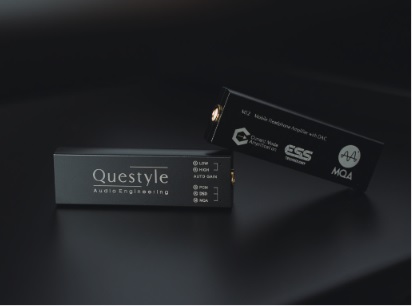 We look forward to hearing from you!

anyone interested??? Only one participant so far. This is one very good dongle amp and DAC. email soon or it will be sent back to me and the program cancelled.

Alice in Chains - "Down in a Hole" (unplugged version)

Dire Straits - "Money for Nothing"

A Perfect Circle - "Weak and Powerless"

Can drive even fairly difficult earphones

Drains battery quite a bit

Odd clicking noise while using Apple iPad as a source

Would be nice if the indicator told more than whether it is MQA or High Rez (i.e. a bitrate indicator)

I do not currently have the means to measure audio equipment, so I will have to convey the Questyle M12 in anecdotal terms only. Overall, the Questyle M12 is an able performer that offers decent performance with even difficult to drive earphones. With Android equipment, the unit performed flawlessly and was easy to use with USB Audio Player Pro. The only issue I had was using the unit with my Apple iPad (Air third gen, latest iOS). When using the M12 on the iPad, there was a clicking sound that would oddly move around the soundstage no matter what app I used. This did not occur when using the Fiio BTR5 (wired or wireless). Other than that issue, the M12 sounded great with every genre of music as a DAC/Amp should.

The Fiio BTR5 is a portable DAC/Amp that costs around $110 and includes Bluetooth. The physical size of the BTR5 is slightly thicker and longer than the M12, but still quite small. It does include a belt clip case for convenience.

Both the BTR5 and M12 were able to drive any earphones that I threw at them, though the BTR5's volume is controlled on the unit and got much louder than the M12 fully driven. The sound on both was exceptional offering good bass performance, and a non-grainy treble, two areas of which I am particularly upset if lacking. The bass control on the M12 was a little tighter. The soundstage on both was good on all earphones but really stood out on the Moondrop Kanas Pro as they both seemed to extend the width significantly over the USB-C dongle. The imaging was a little better on the M12, but not excessively so.

The advantages of the BTR5 are the Bluetooth capability and the addition of a 2.5mm balanced jack. While testing the BTR5 against the M12, I did not use the balanced connection or Bluetooth, however.

Overall, against the Fiio, I would give the edge on sound and build to the M12 but features to the BTR5.

The Apple USB-C dongle is a capable performer considering its low cost but has issues with output. I use the dongle occasionally when I listen to background music as it is simple to just plug and play. The M12 has better resolution, better staging and imaging, and a lot more power.

Overall, against the Apple USB-C to 3.5mm adapter, I would give the edge to the Apple adapter for cost ($9), convenience, and portability (it is so tiny), The M12 is better in all other aspects.

The M12 is a well built capable performer that would satisfy most people looking for a portable dongle to use with their phone or other portable device. The price is decent ($139), but it is up against some stiff competition from Fiio, as well as Hiby, Hidiz, and other Asian brands.
Mobile Source: Samsung Galaxy S21 Ultra and Fiio BRT5
Outboard DAC: Fiio Q1
Earbuds: PSB M4U 4, Etymotic ER4PT, Ibasso IT01
Overear: Currently looking

Todd said:
anyone interested??? Only one participant so far. This is one very good dongle amp and DAC. email soon or it will be sent back to me and the program cancelled.

I would be interested! I leave town Saturday for two weeks, though.