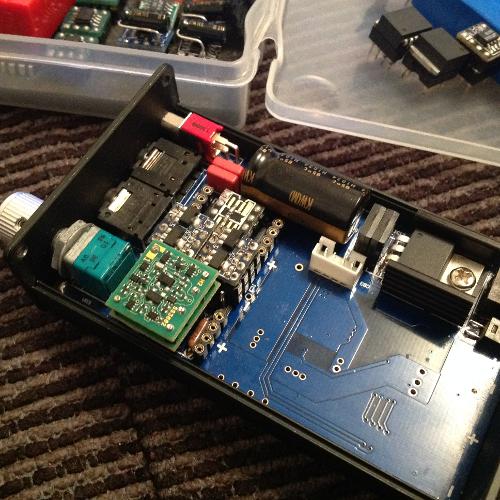 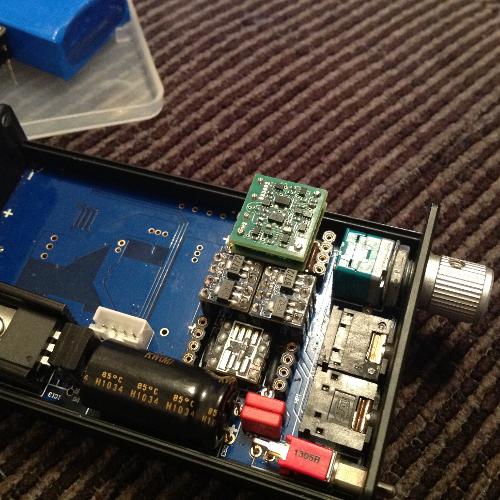 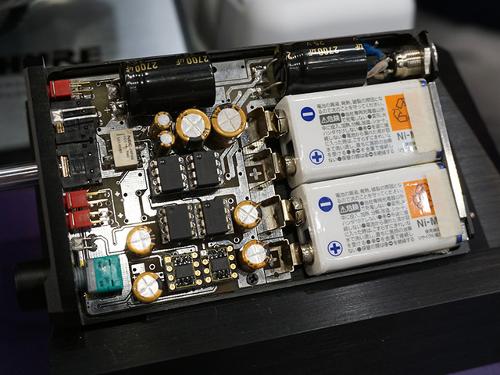 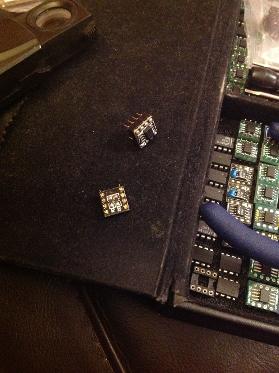 I used (and enjoyed) the LME49990 in my P4 for quite some time and have only recently swapped it out for THS4032. Not because the THS4032 is better but just because I fancied a change. The LME49990 will obviously sound different in different circuits but I can tell you that I don't think it will ever sound bad what ever you put it in. It is an amazing OpAmp and no doubt it will go back in my P4 soon. I am using them (LME49990) in my balanced PB-2 as I write this and again, in this iBasso curcuit they are superb in every way.

Specifically with the P4 I found the sound to be almost tubey, in a good way. If you have ever listened to a ''decent'' tube amp you will know that there is a warmth and fullness to the sound but without sacrificing details and I guess that's how I would describe the LME49990 in the P4. It's one of if not ''the'' best OpAmps in the P4.


I have no problem believing that - I rarely needed much more than 9am on the volume pot with any of my low impedance cans - the P4 could be configured for even more power, but that seemed redundant for my needs. I will get another P4 in the fullness of time - great amp.
44 year Springsteen fan (1976-2020) - looking forward to the next 40
Share This Post
post-8400892
Post #441 of 561

I have K702's and haven't used them for a while. I'll give it a whirl tonight and report back. I assume the K702's are pretty much the same. Of course things will be different SQ wise depending on the chipset used.
Share This Post
post-8440350
Post #445 of 561

Sorry, I never got to it. i was rolling Opamps/Buffers nearly all night in my PB-2 so only got a 15mins quality listening. I will try and get to it. Glad you are enjoying them though, that's all that counts!
Share This Post
post-8471985
Post #448 of 561

Anyone tried the P4 with the HD600? Any thoughts? Searched the thread but didn't find any reflections...

estreeter said:
I will get another P4 in the fullness of time - great amp.
Click to expand...

spudharris said:
Sorry, I never got to it. i was rolling Opamps/Buffers nearly all night in my PB-2 so only got a 15mins quality listening. I will try and get to it. Glad you are enjoying them though, that's all that counts!
Click to expand...

My P4 had a nasty accident with a drillbit - comedy of errors, but I'll get another one - its not the same as trashing a pair of LCD-3s. I got the EHP-O2 later, but personally I prefer the P4 - that might tick a few people off, and I expect that the O2 has better measurements, but the little iBasso is a better form factor for mine - the EHP-O2 is an awkward design. You would be much better served reading the comments from people like HiFlight and SpudHarris earlier in this thread. Finally, someone did say they sold their P4 because it 'wasnt sufficiently powerful' - I cant remember what they were trying to drive, but that comment drove home the fact that you need to be realistic. If a desktop amp is a better fit for you personally, get a desktop amp.
44 year Springsteen fan (1976-2020) - looking forward to the next 40
Share This Post
post-8472435
Post #450 of 561

I would add that one of the reasons that none of the above tried to write a fullblown 'review' of the P4 is that it's not 'one amp' - the extensive opamp / buffer combinations give P4 owners the ability to create a more powerful amp with a different sound signature to the stock configuration - all of my impressions were with the stock P4.  I would also note that various people reported problems with the DAC in the D6 - to date, I dont recall any major issues with the P4.
44 year Springsteen fan (1976-2020) - looking forward to the next 40
Share This Post
You must log in or register to reply here.
Share:
Facebook Twitter Reddit Pinterest Tumblr WhatsApp Email Link