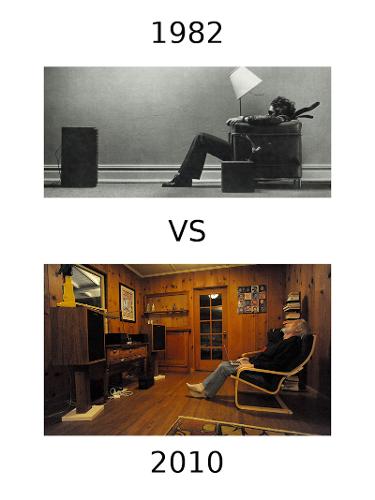 You are using an out of date browser. It may not display this or other websites correctly.
You should upgrade or use an alternative browser.
NorCal - SF Bay Area Feb 27 Meet Impressions

Another great NorCal meet! Thanks, Al for all the hard work of organizing after jp had to bail to the east coast for job move, and even more thanks for hosting the Florida travel team over a fun filled weekend.

First off, here is the hands down, no argument best of show. Frank Cooter and his exquisite hand built amp. Just incredible from any angle - workmanship, aesthetics, or sound from the HE-5s or K1000.

Some other impressive rigs, in no particular order, and the people behind them …

MikeyMad and the versatile Woo 5 that drove everything, including K1000 and Stax OIIs (via SRD 7).

Ironbutt's great tape rig that always is a show stopper

Ti's (AMB) table that was over the top as usual

The AMB Gamma vs DAC1 dac-off

FallenAngel (Pavel) had amazing diy gear, and single handedly made the raffle a success by donating two beautiful amps

he has good taste in purchased gear, too

Voltron was insane as usual with the Mac mini Amarra rig feeding the Luxman P-1 and beautiful new Woo Audio electrostatic rig. NightWoundsTime and I can attest to the meticulous build quality and attention to detail that the Woo family put into their gear, because we unpacked the 2 big wooden shipping crates the beast was shipped in - custom foam padding, and each piece down to single screws bagged and labeled - impressive. Will update with another batch soon!
Hmm...

What filter mode was used for the test comparisons of the Gamma2 DAC?

Wow, that meet looked awesome. I'll for sure try to make it out to the next one so I can get a taste of the much more expensive audio life lol.

I'd definitely want to meet up with the DIYers as well.

Also - are there any impressions of the original Omega? I didn't see anything while glancing through

Most people try to put the idea of them out of their head... and people don't talk about them because it is hard to speak with their jaws is hanging open...

I spent a song or two with them on, sourced by the WES... And just about everything about the setup is perfect. Balance,speed,soundstage.. in a word 'musical'.

Would love to have a pair myself, but they scare me...

Thank you JP-Nums (whom I did not have the pleasure of meeting), however I do appreciate you and Al (Voltron) for putting this meet together. I realize it takes a "village" in order for such an impressive meet to take place, so thanks to you all. I had an idea of what to expect, do to reading the thread from the previous "meet impressions", but I still was a little nervous when I walked in. The first person I met was Ironbut, who walked me over to his area where he explained and let me listen to his Reel to Reel set-up. Thank you for answering my questions and making me feel comfortable. I did heed the "Tips for Newbs." and made a metal checklist of the gear I wanted to try, and I pretty much kept to it. I had been reading quite a lot about Decware's Zen CSP-2 tube amp and was anxious to give it a thorough listening to, and thanks to John (jdmoorman) I was able to take all the time I needed. Now I know for sure that I am a fan of tube amps, and the CSP-2 will be my next purchase. I must have come back to his table at least 5 times throughout the five hours I was there. I also had in mind to try a portable amp (which I really don't have a need for, but don't most Head-Fiers have a "Travel/Portable Rig)? Thanks to Justin of Headamp for bringing the "Pico Slim" and letting me take my time in experiencing an amazingly "slim" device. I could not believe the bold, vast and warm sound stage coming through my iem's.

Please put me on the attendee list for the next meet.

I would like to add my appreciation to Voltron and JP for organizing this event and to all the Head-Fi members who brought equipment and, especially, their passion for music. This was the second meet I attended and, again, I was especially struck by the cordiality and knowledge of so many of those I met. Unfortunately, in the four hours I was able to stay I could visit only about half of the tables. Interestingly for me, I came away with the same preferences for the most enjoyable sound of those set-ups I listened to as I did at the meet last August. On the tube side, I found the Eddie Current Balancing Act to be outstanding tonally and rhythmically, especially the version with the Emission Labs tubes and through the Sony headphones (I forget the model, but they have large wooden coconut-like covers.) Craig’s new tube phono stage is also a winner with apparently plenty of gain for low-output mc cartridges. On the solid-state side , I really enjoyed listening through the AMB Labs B-22 amp, the Gamma 2 DAC and the Sennheiser HD-800s. The music poured out effortlessly with a very stable and three-dimensional soundstage. So, many thanks again to all for making this meet happen and I hope there will be more to look forward to.

too bad I had to work. Looks like you all had a good time. So I can't even afford to think about buying a pair of broken gray market Beyer T1's, but for some reason, I really want to know how they sound. Anyone compare them to the grado HP1000? There was talk of similarities which is really exciting!


The meet got off to a cracklin’ start:

The grace and beauty of the SR-Omega was on full display:

Headamp debuted the Pico Slim in its’ final dress, with a fancy new piece of leather outerwear:

Of course, the Beyerdynamic T1 was the subject of much listening and discussion:

And many members lusted after listening to the lovely Luxman:

One of two vinyl rigs to appear, this one ran the new Eddie Current phono stage:

A comparison of JH13’s: plain and smoked!

Many Grados appeared, both modern and vintage:

First you had guzziguy’s tubes in the Menace Lite:

The K1000’s had plenty of listeners, despite the noise:

While others chose to block it all out:

The room continued to buzz with activity, all afternoon and into the evening:

In the end a good time was had by all!

Justin gave me a new avatar there.
Insert lame *** signature here!
You must log in or register to reply here.