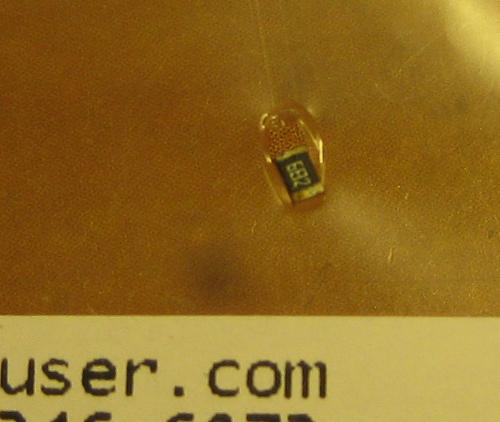 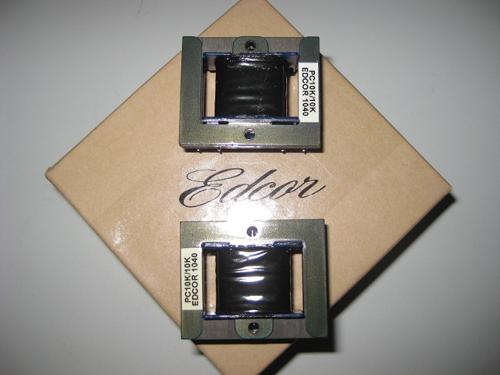 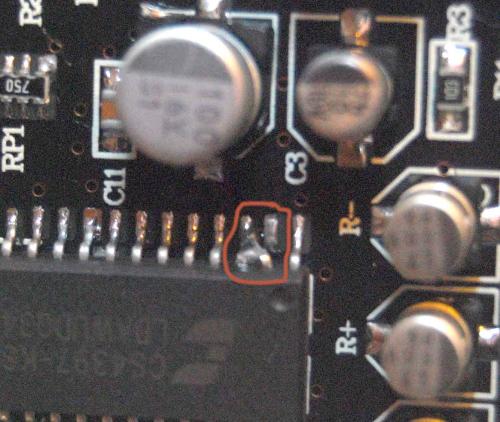 See full thread gallery...
You are using an out of date browser. It may not display this or other websites correctly.
You should upgrade or use an alternative browser.
'noodle' dac (ebay special)

Again, I may be way off base here but I would be inclined to use smaller caps between the regs and after, say 100uF. It's my belief that the size of the caps influences the power supplies ability to respond to changes in demand.

I know for sure that it is a complicated subject, power supplies, their recipient and even the distance between the two are all intimately related. It's possible that I'm wrong about my conclusions here.

I hope that I'm being of help.

I wouldn't bother with a second reg. You're dropping a lot of voltage but not a lot of current. If anything you could try a crc filter. Something like that: 4700uF- 33r/1w-4700uF-lm7805-470uF. If the regulator is kept close to the caps, there is no real need for film caps there; those belong to the local decoupling.

I tried googling CRC filter but could not find any information I understood. Can you please clarify what exactly that is and what it will do for the circuit?

thanks for all that.

Ok so I actually found a regulated DC wallwart in my closet that puts out about 12.8V DC, I think this will make my PSU smaller and more simple.

Redesigned my little PSU circuit for the DAC as follows...

should your 7805 be driving such a heavy cap load?

usually its high cap in front of the reg and a small one after.
Photostream:http://www.flickr.com/photos/linux-works/

The cap on the PSU that came with the DAC is 1000uF... but some cheapo cap. I wanted to put some Sanyo WG caps I have there but I only have 1500uF

you're right! I just checked and was surprised to see such a high value there. I had not noticed it before

I wonder if it was really needed. seems rather brute force to put THAT much -after- the reg.
Photostream:http://www.flickr.com/photos/linux-works/

Well are there any downsides to it? I am ordering a few things from rs-online so if there's a more ideal size I might as well get a few.

I have that PS (of course) and it DOES seem to work pretty well.

it just surprised me to see that brute force amount at the end.

just make sure you get 105C (temp) caps and a good safety rating of volts over what you are putting out.

personally, just my guess - the 470 is probably more than you'd need anyway. otoh, the chinese manuf. usually do NOT put stuff on boards that isn't needed. they are often NOT putting things on boards, so any board part probably has a really good reason for being there else it would have been cost-reduced OFF the board

So I got my little PSU setup and the DAC works again! Now running it via optical from PC to DAC to my Starving student and it sounds VERY good through my HD 580s!

I am using a 12V DC linear regulated wallwart I had hanging around...So my little PSU has ~12V in, drops a few volts across a 1W 33R resistor...gets filtered a bit through a 4700uF Rubycon YK cap from the old PSU...then gets regulated to 5V with the l7805 from the old psu...then gets some final treatment with a 1500uF Sanyo WG I had from my old XFI project.

Here are some pics of it, to compare size with the old psu as well.

How can I fix this? The resistor is dropping about 4.36V from the 12.7V source so the L7805 is only dropping about 3.34V... are the film caps in the original dac PSU needed to keep the vReg stable?

Also the 1W 33R resistor is quite hot...but according to my calcs it should only be putting out about .57W of heat? Is it normal for these to retain heat as there's not much surface area to dissipate it.

half a watt, over small package like a resistor will put out some heat. as long as its within spec it should be fine.
Source:cambridge audio dacmagic usb

I wouldn't worry about it; that's, what, a 1-1.4% variance? That's pretty good, given the basic design you're using. If you check the L7805 datasheet, you'll see it's "within spec" between 4.8 and 5.2 VDC. The L7800 family of regulators have a lot of nice features (thermal and short-circuit protection, for example) but "high precision" isn't one of them.

(Did you know I recently wrote a novel? It's called 'Mendacities'. Please read it. Or not.)
You must log in or register to reply here.