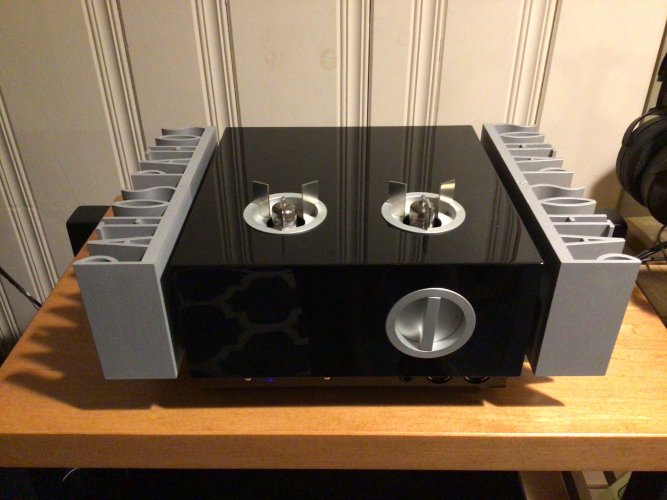 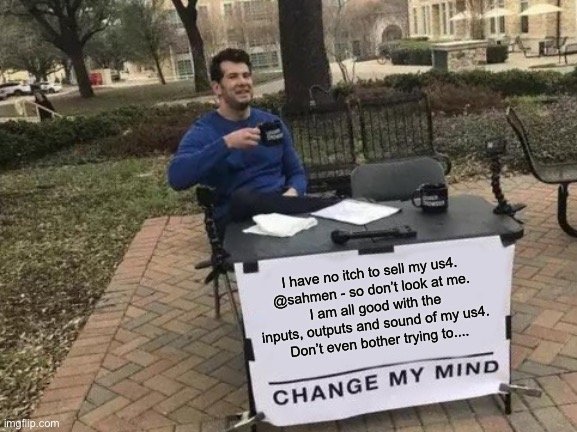 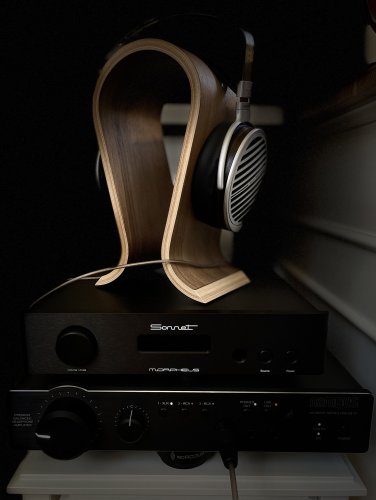 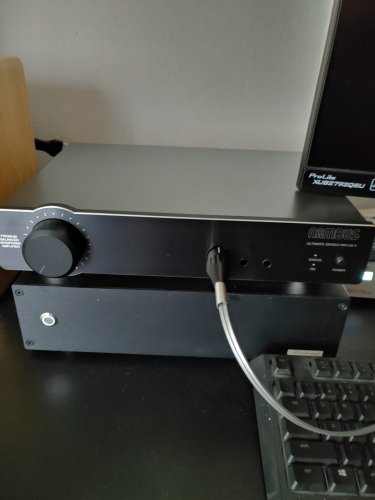 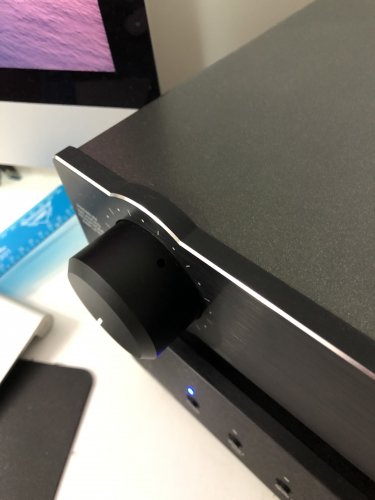 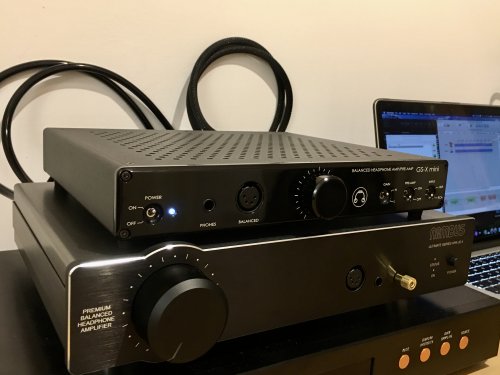 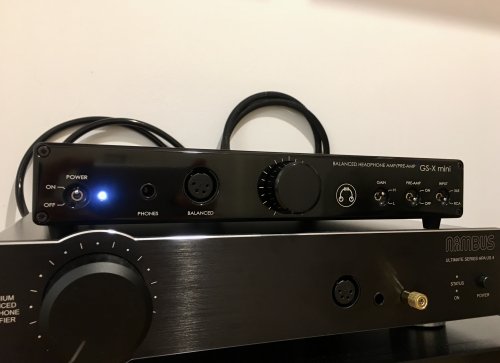 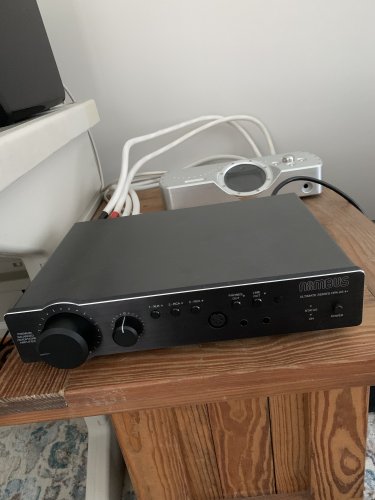 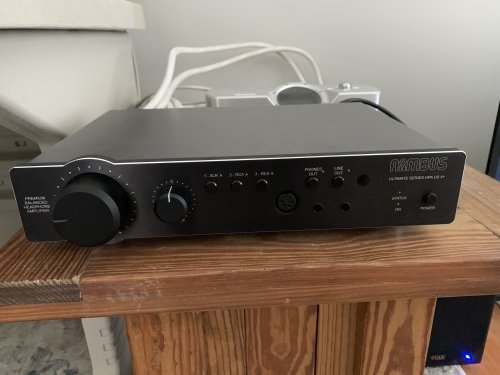 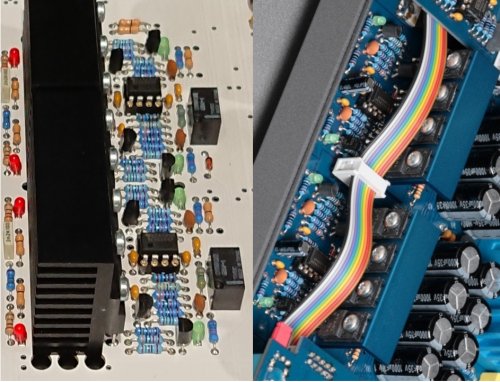 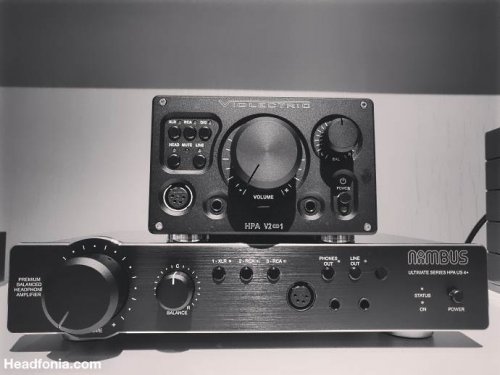 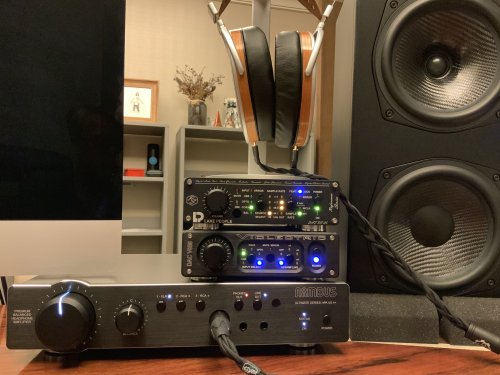 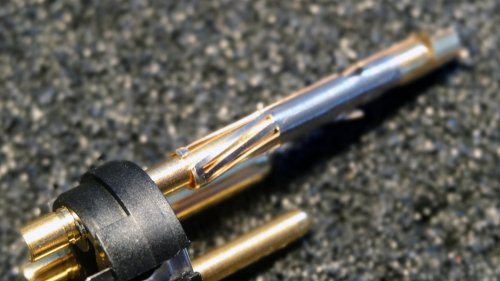 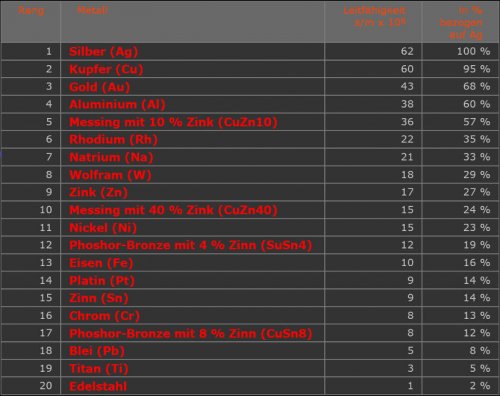 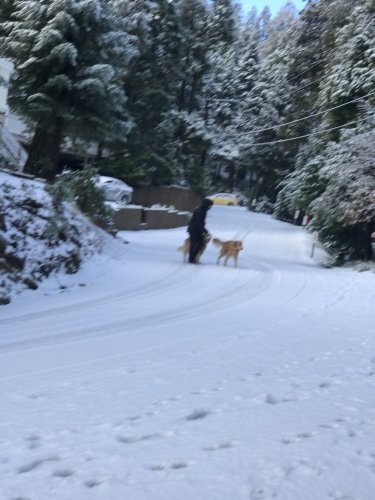 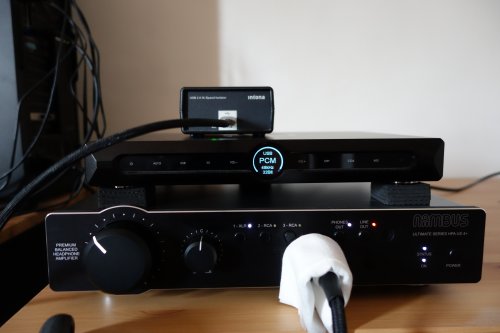 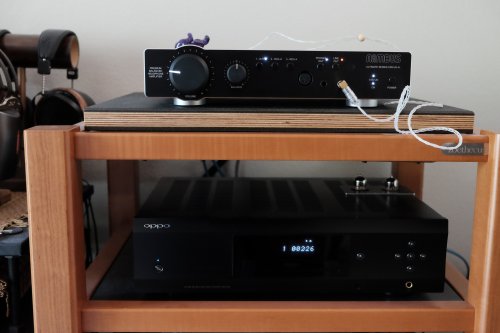 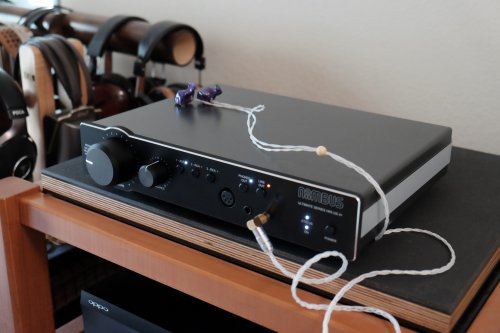 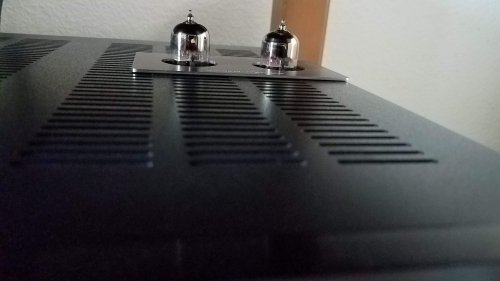 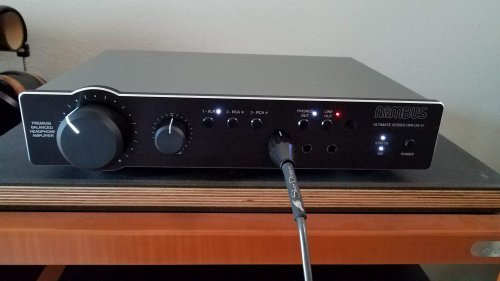 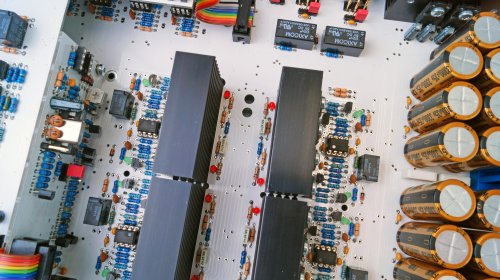 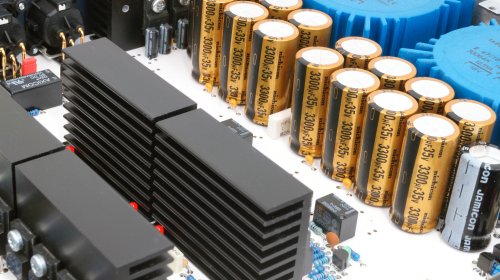 See full thread gallery...
You are using an out of date browser. It may not display this or other websites correctly.
You should upgrade or use an alternative browser.
Niimbus Ultimate Series US4/US4+/US5/US5 Pro Headphone Amps - by Lake People

US5 and US5 Pro will be released with pentaconn/4.4mm output. Both are the same amps (US4+) now except being different on the volume control.


this is all early info I gathered, can't go into a lot of details because I don't know them yet. All the weeks until the Munich High End Show will reveal more details and info about these amps until we'll get the full picture. I'll keep this thread updated

US4+ and US4 are flagship headphones amps, and to each other basically aequivalent as the Violectric V281 is to the V280. If you know both you know what to expect in terms of what they offer in features, however in performance and quality these amps will take everything to another level, thus they will leave the violectric sphere and go under the name "Niimbus".

Internals: white PCB defines the US amps and upcoming DACs 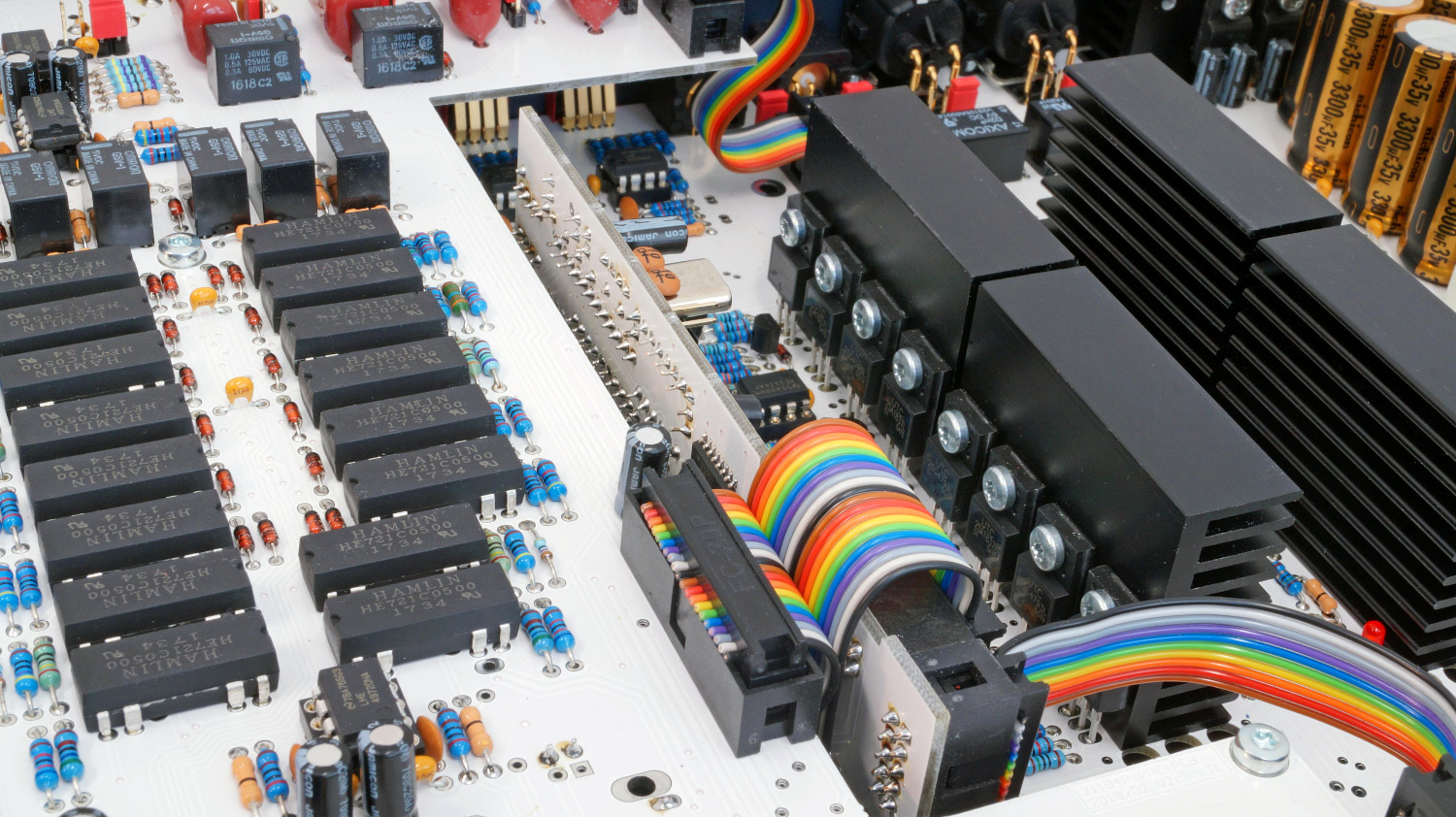 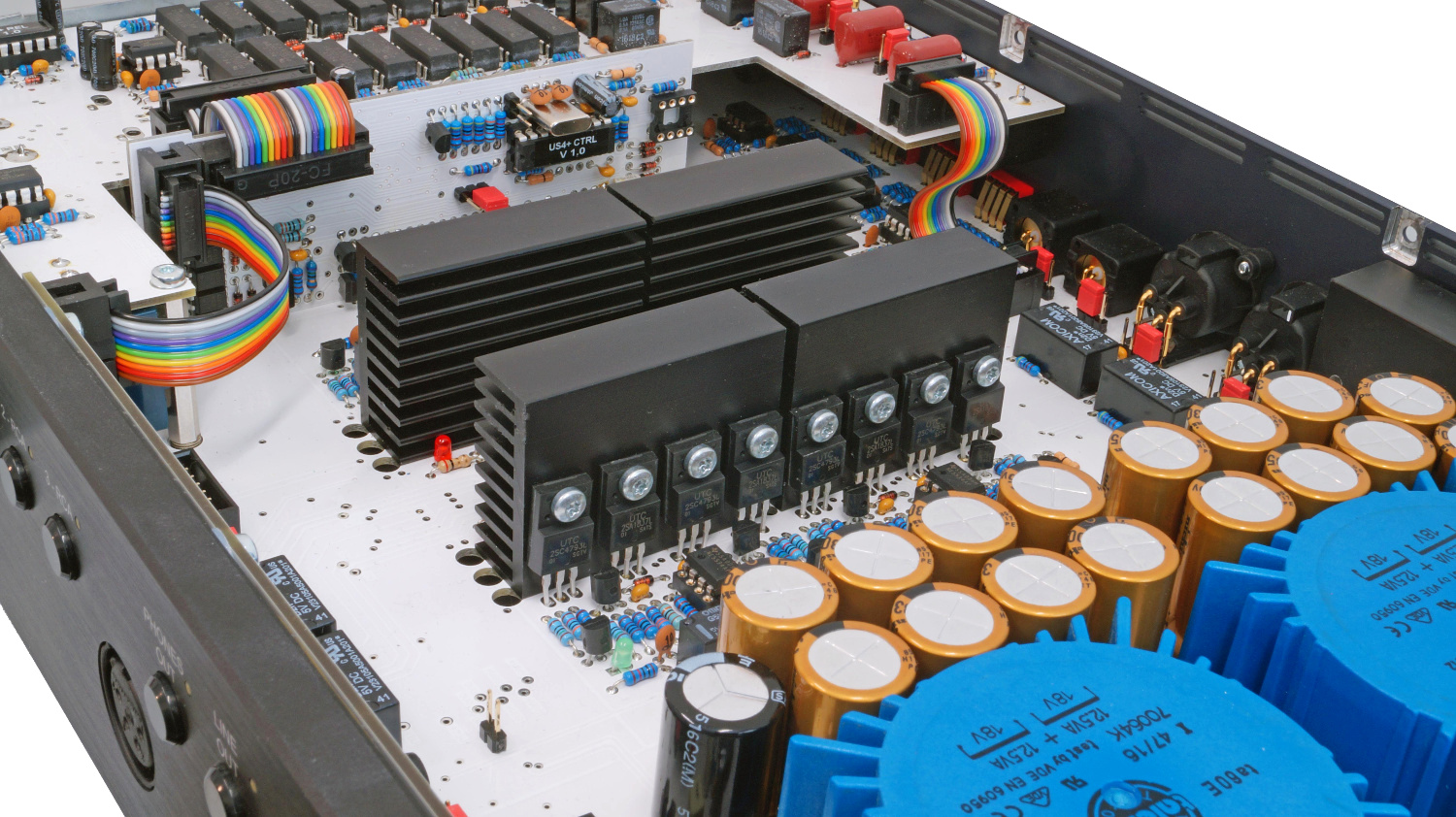 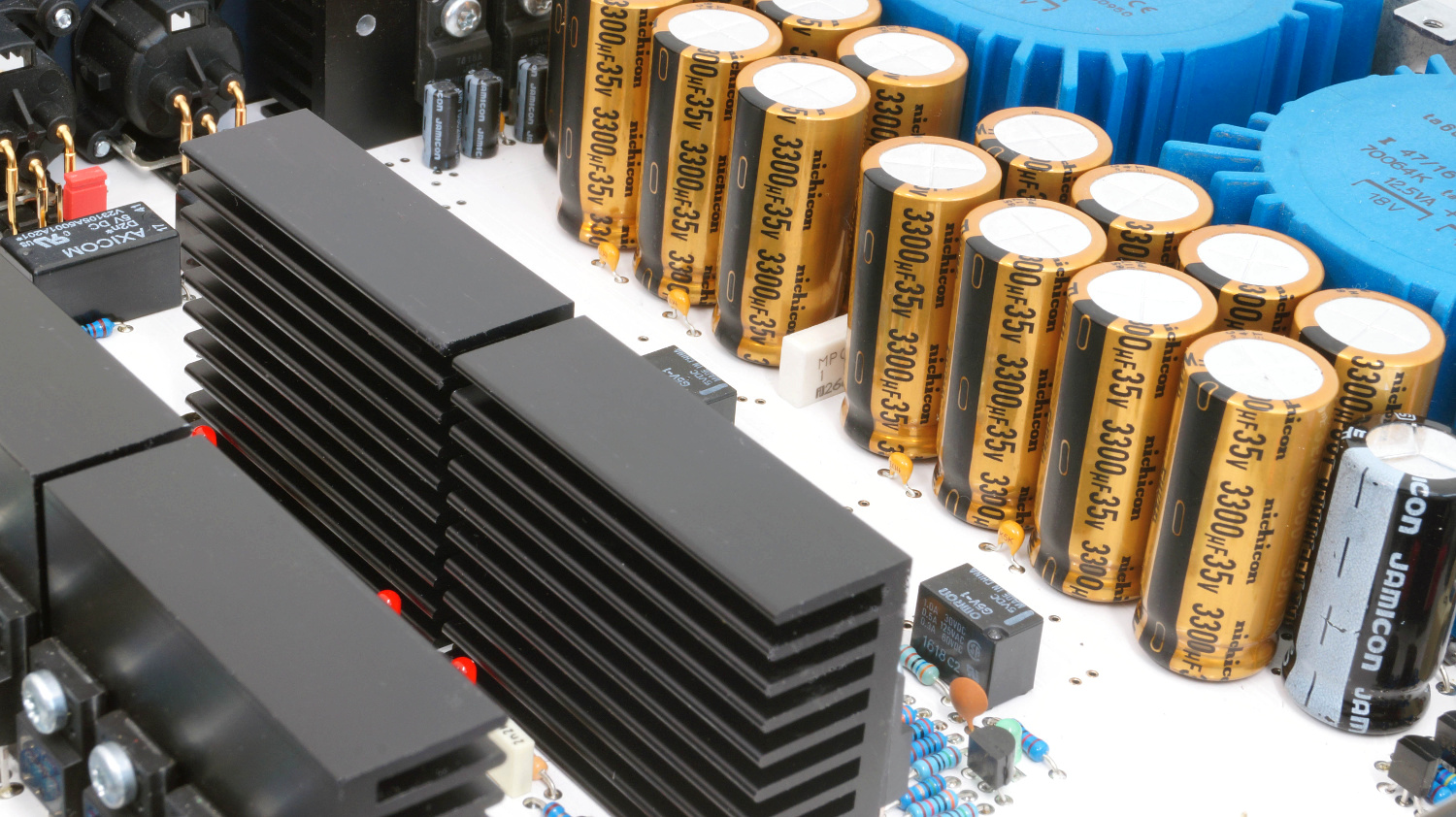 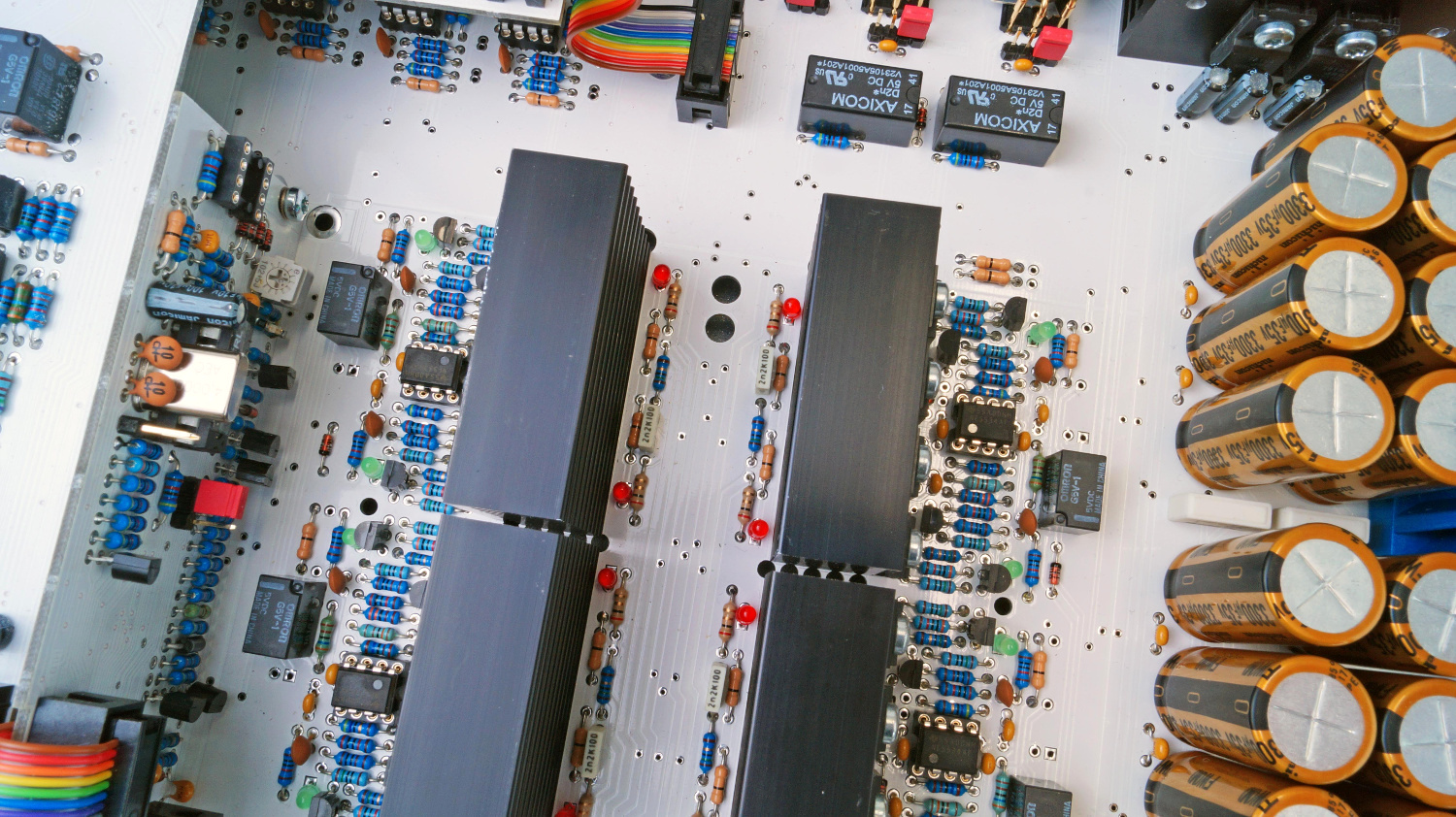 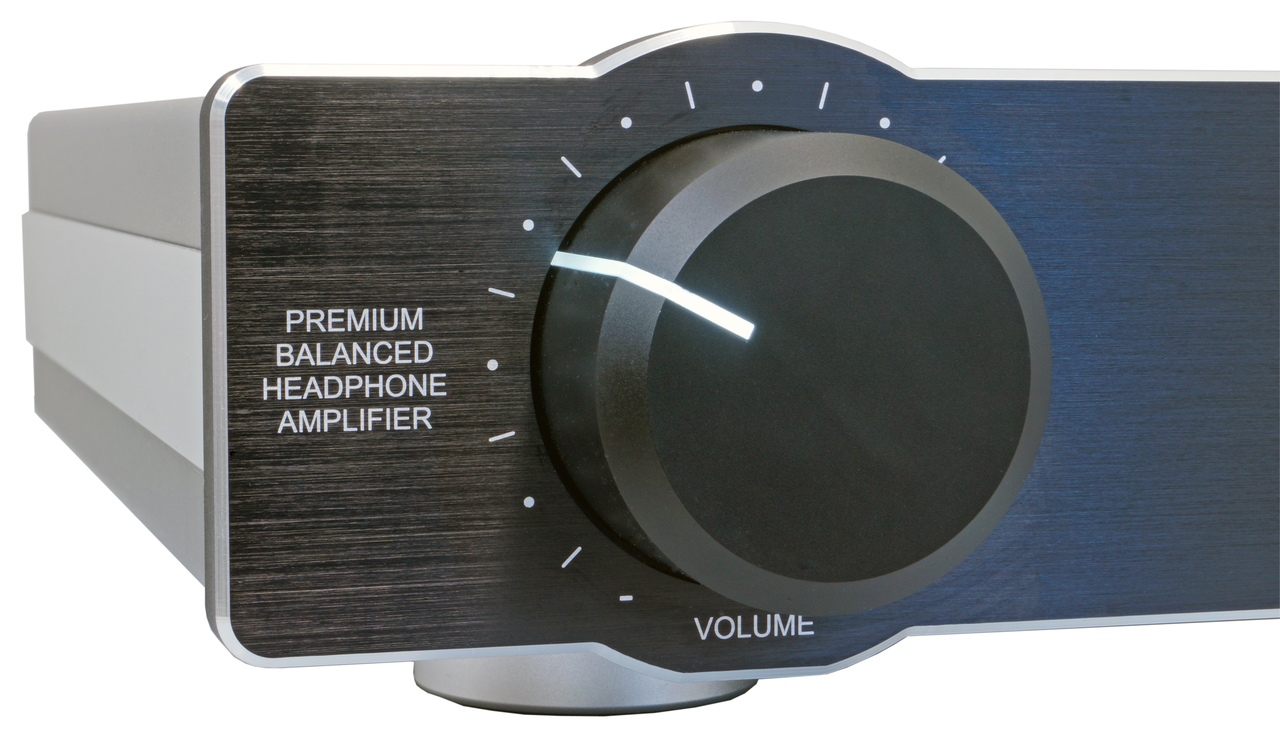 US4+ front and back shots 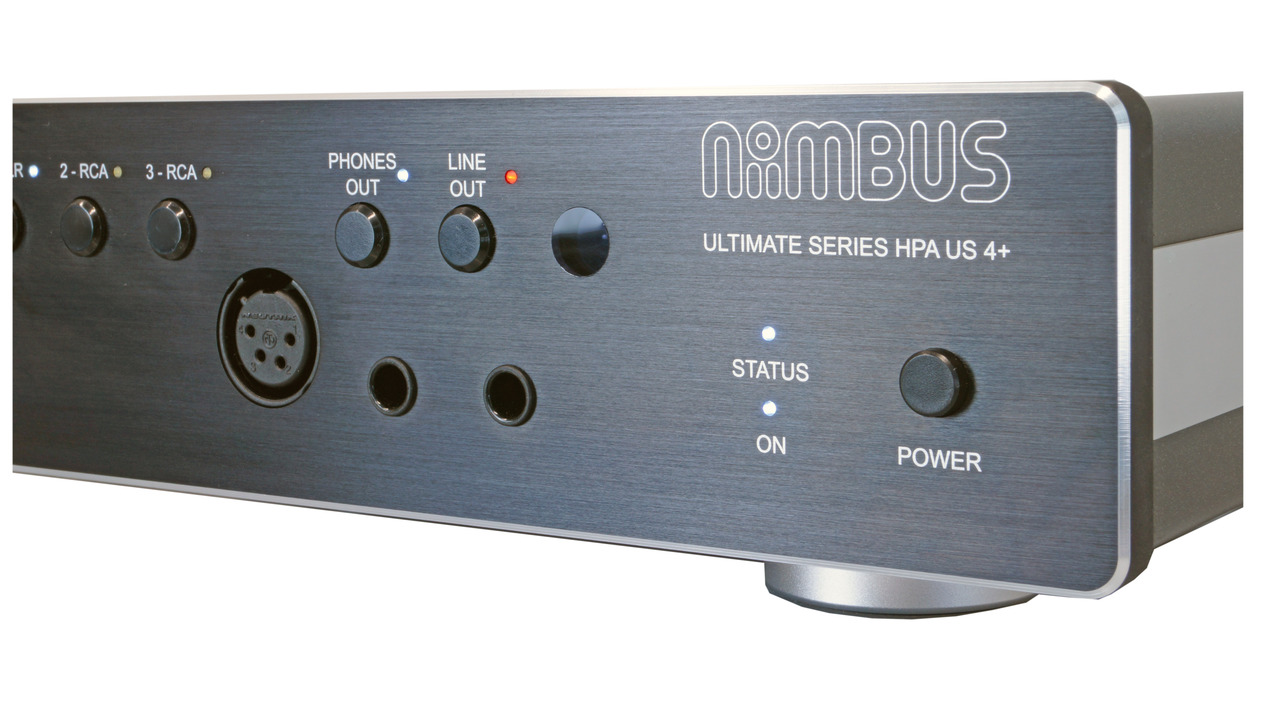 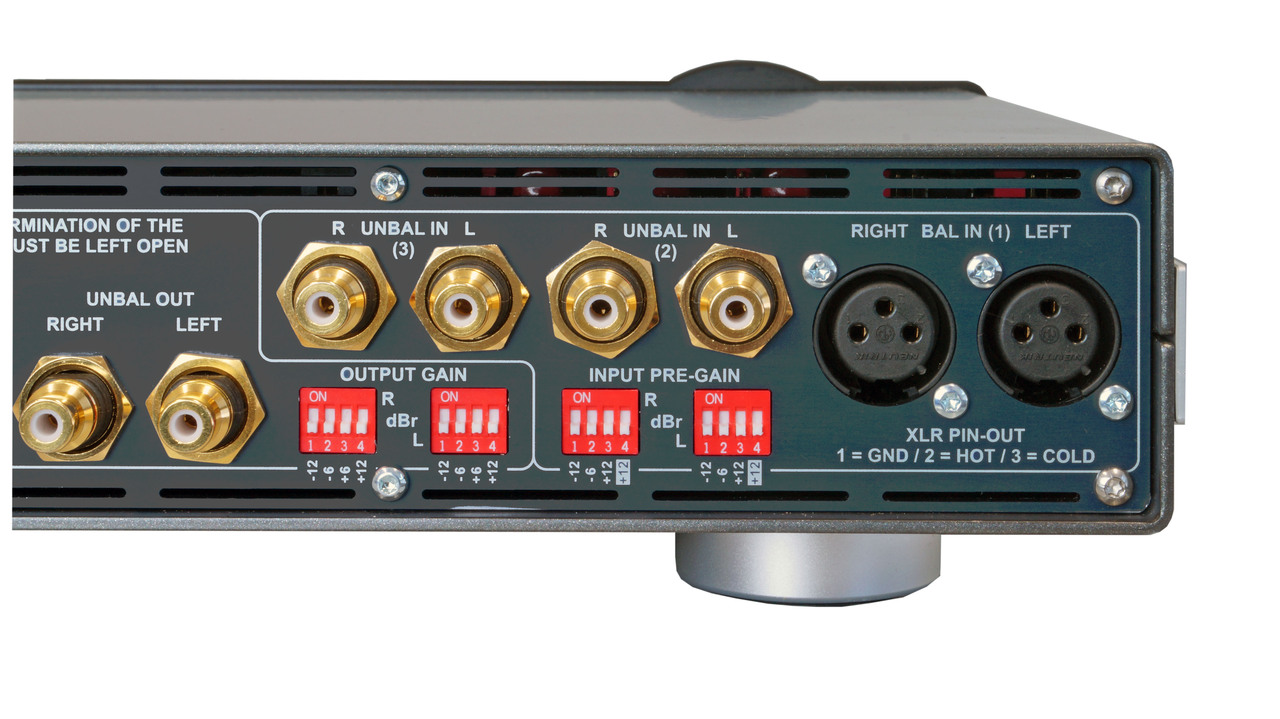 -one version/edition, no options, every US4+ will have the same features and performance
-remote included
-one 4-PIN XLR Headphone Out and 2x6,3mm, open to a Pentaconn connection but not likely
-NO Digi Inputs anymore Instead you will find 1xXLR, 2xRCA inputs (1 on the US4) and 1xXLR/1xRCA output
-reed relais volume control, 256 steps@0,4db (bonus: less noise than the V281's relais option)
-Balance control is back (remember V281)
-protection features: delayed power-on, instant cutoff, DC protection, Overload protection, Temperature monitoring and safe shutdown
-pregain in 7 steps: -15db, -12db, -6db, 0db, +6, +12, +18 dB
-about 12db less noise than the V281 under maximum stability ((balanced)
-30V@600 Ohm
-2x25W Tor. Transformers, 52.800 uF filtering capacity through Nichikon caps
-coupling capacitors will be polypropylen caps only

The US4 has everything the US4+ has, except the following features:

Any info on the pricing? I know it's early..

@Fegefeuer, do you know width and depth of the amps?
I mean, is it possible to stack them with Violectric/Lake People gear?

zhgutov said:
@Fegefeuer, do you know width and depth of the amps?
I mean, is it possible to stack them with Violectric/Lake People gear?
Click to expand...

350mm width, about 280mm depth and with feet 80mm high. I'm sure you'll be able to stack your DAC and your Femto onto them but the looks and material are completely different. There will be no match.
Last edited: Apr 1, 2018

woooahh, they are going for the next level now, good luck to them!

added some shots of the internals. Since this is a prototype the PCB is green here. Final PCB will be white.

Is it possible to buy this unit at the Munich show?

why ain't anyone doing square wave no more?
"It's always kind of funny, is the treble too high or the bass too low..." - Tyll

zhgutov said:
Is it possible to buy this unit at the Munich show?
Click to expand...

I don't know, Fried has to answer that.

zhgutov said:
Is it possible to buy this unit at the Munich show?
Click to expand...

We will show ready working prototypes from Niimbus US 4 and US 4+ during the HiEnd show in Munich.
There will be only few things to be altered until we begin the production.
We plan to be ready for sale from Spetember / Oktober 2018.
Pre-Orders welcome - of course without a prepayment.
There will be 2 DACs to follow the headphone amps early 2019, one of them also with analog inputs.
Afterwards we plan to release some other analog items including a power amp.

I'm really interested to see if they stayed within the Violectric sound signature, or went for something substantially different. "Niimbus" stands for 'dark cloud' i guess, interesting naming choice. The height i suppose was meant to be 80mm not 8mm :9
{Hugo Mk1}[Mjolnir Mk1, HPA V200(DC coupled)](HD800, LCD2C, Focal Clear, HD650, AH-D2000, DT880, mdr-1r, SE530)
head of the unofficial Ad-Fi branch of Schiit's Best

why ain't anyone doing square wave no more?
"It's always kind of funny, is the treble too high or the bass too low..." - Tyll

One aspect for "Niimbus" is meteorological and means a special kind of cloud.
We had a more general approach in mind as "Niimbus" means -> reputation and brilliance,
also there is a theological aspect as "Niimbus" also stands for -> halo.
But "Nimbus" in our case is not intended to describe the sound signature !
Also, there is no "Niimbus" in the real world with double ii.
So, everybody is invited to pick the meaning he prefers