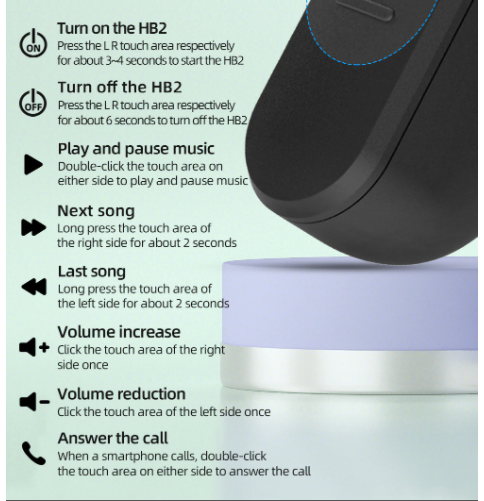 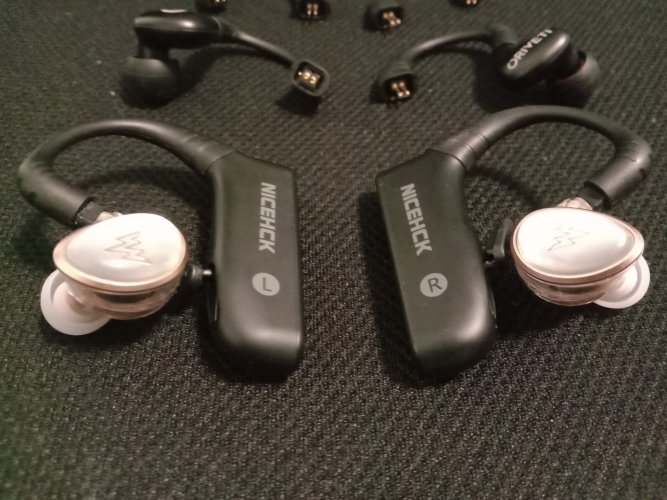 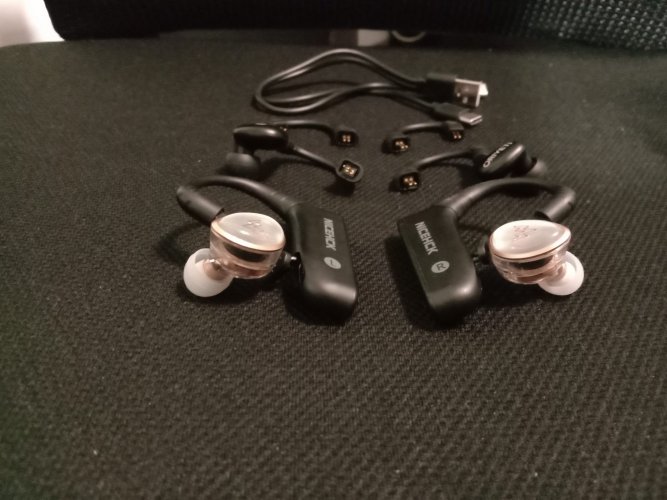 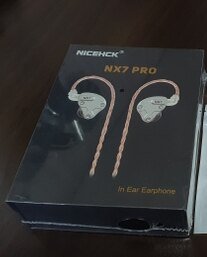 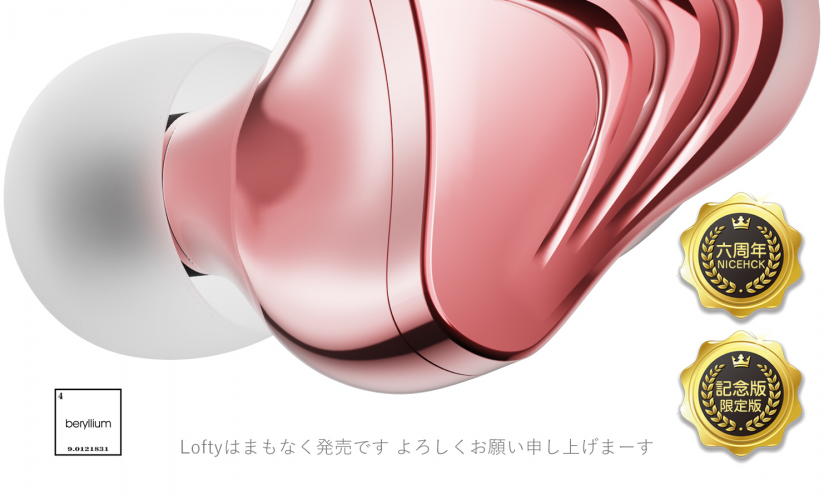 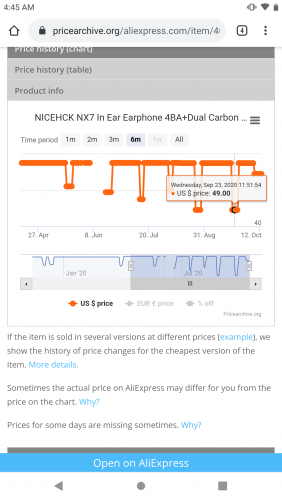 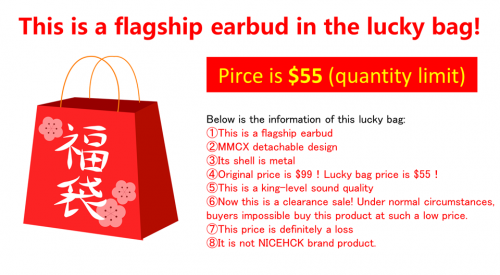 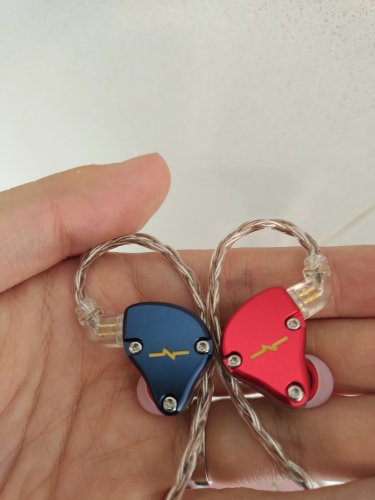 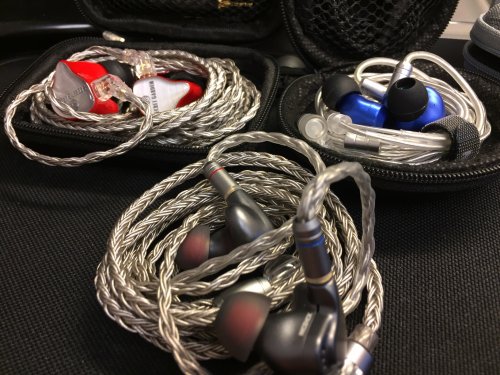 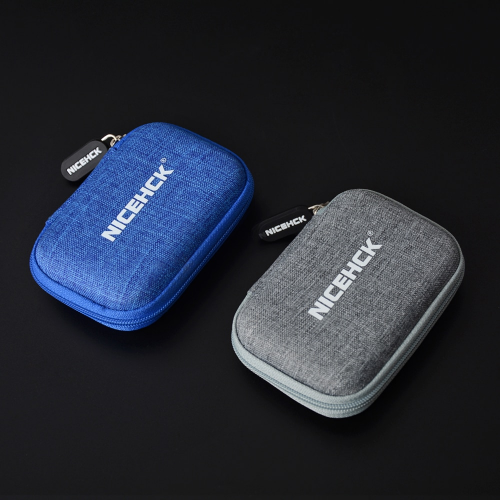 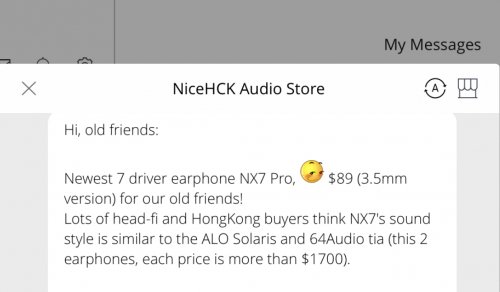 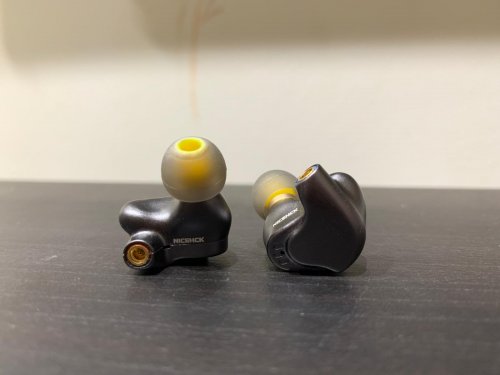 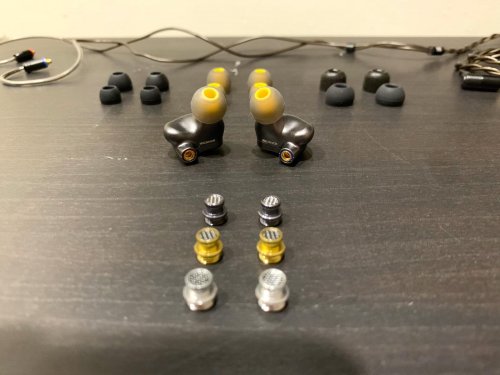 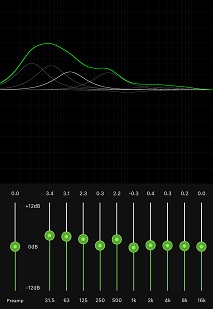 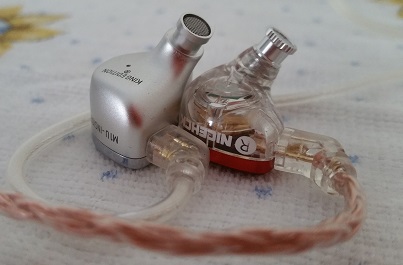 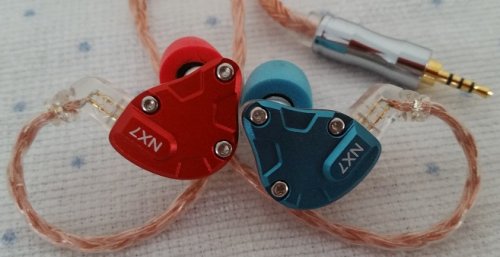 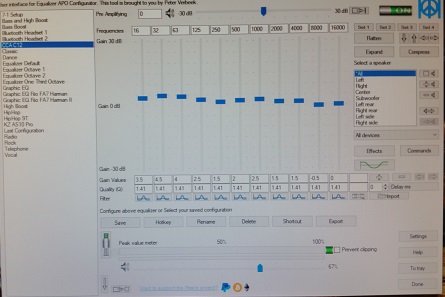 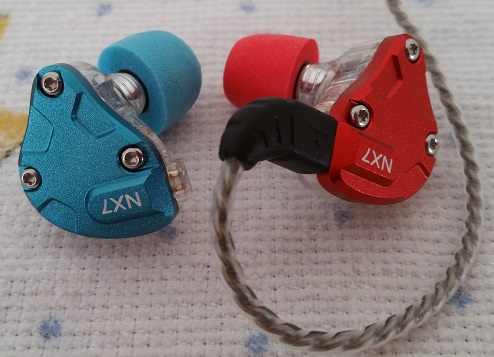 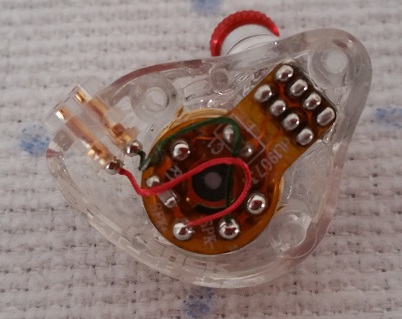 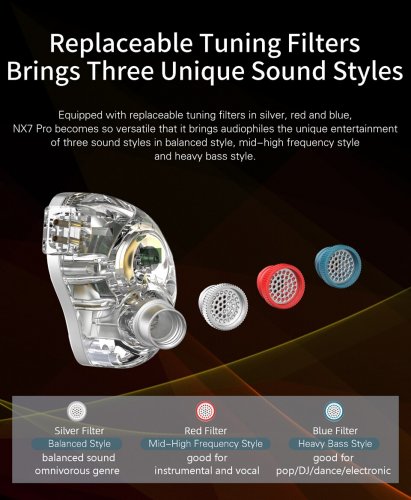 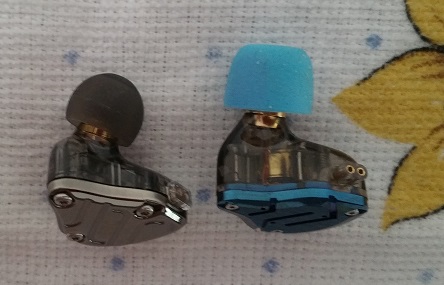 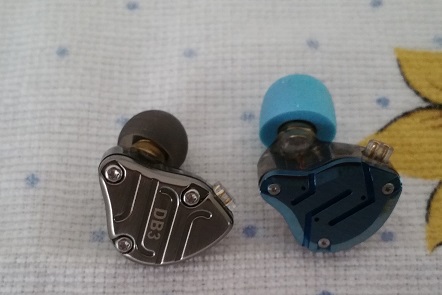 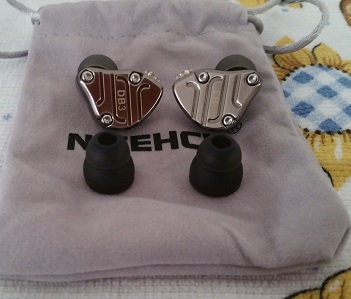 See full thread gallery...
You are using an out of date browser. It may not display this or other websites correctly.
You should upgrade or use an alternative browser.
NiceHCK Earphones (Thoughts and impressions)

Another lucky bag. It seems to be an existing 7 driver headphone. The optional cable is a new product. I wonder what it is. NX7 Pro ? NX7 MKIII ?

Dcell7 said:
Another lucky bag. It seems to be an existing 7 driver headphone. The optional cable is a new product. I wonder what it is. NX7 Pro ? NX7 MKIII ?

Too late probably, but I've read that the "headphone" in question is the NX7 Pro, not the MK3.

MK3 which I'm going to buy soon, a short remedy for these days' boredom and depression. They're too much of a cool toy not to get 'em at 125$ with the balanced cable...
Last IEMs I've decided I can afford until I find a new job. =\

Thank You all for your thoughts and impressions, gentlemen!

Something new coming up from NiceHCK 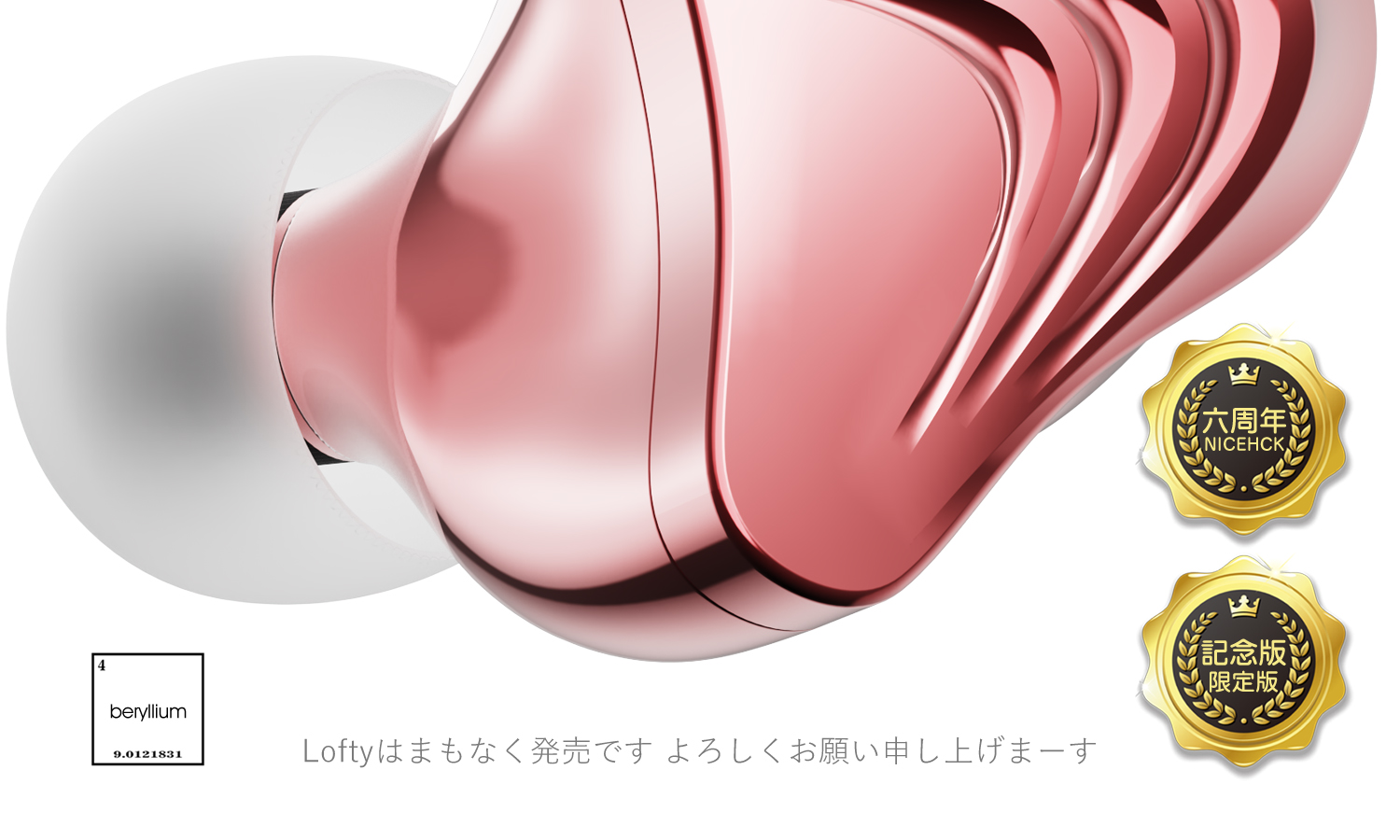 Dcell7 said:
Another lucky bag. It seems to be an existing 7 driver headphone. The optional cable is a new product. I wonder what it is. NX7 Pro ? NX7 MKIII ?

I ordered the NX7 Pro lucky bag for 45$! (I used a coupon that was about to expire)
Waiting on it now, I asked the seller to kindly send me a sealed package if possible, since their trying to clear stock and might send an open box item in a bag instead, he gave me the ok and sent this image: 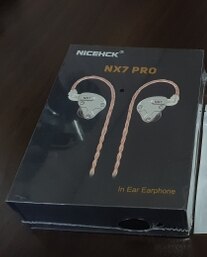 Looking forward to hearing them

Someone said the cable inside retails for 30$, so I think I snagged a sweet deal here.
Just need to bear the wait now, will take super long to ship to me (Up to 3 months

The NiceHCK HB2 BT adapter I bought at the last Aliexpress sale arrived a few days ago, have been putting it thru its paces.

This set has a Qualcomm QCC3040 bluetooth chip (version 5.2), it supports AptX, SBC and AAC codecs.

Comfort is excellent, no rough edges even after using it for hours, with spectacles or masks on or whatever.

The selling point of the HB2 is that it comes with a unique 3 types of detachable modules, where one can disconnect the module from the BT adapter, so one can use various IEM connector type housing with it - MMCX, 0.78mm 2 Pin and NX7 2 Pin types. The modular design is also good in that usually the connector area is the first point to fail after repeated wear and tear, so no biggie buying the detachable modules, rather than replacing the entire device.

I've tested the HB2 for a few days, connectivity is good, no drop outs even in crowded places, connection distance is about 10 metres, without obstructions, tested a few BT devices and all could connect to it easily. The HB2 doesn't come with a charging case unfortunately, but it takes around 1.5 hours to reach a full charge. Battery life is advertised at 13 hours, I think it is thereabouts ballpark from my testing, but as per most BT/wireless devices, that is expected to go down with repeated charging cycles, and it also depends on the volume one listens at and perhaps the file type (lossless versus lossy).

The touch buttons work as advertised:

I've not tested the mic for calls yet, but will do so over the next few days.

Now on to the sound, which is the most important! This device packs quite a lot of juice, I tried some hard to drive sets like the TRI I3 (contains a planar) and the KBEAR BElieve (purported full beryllium DD), and the HB2 could power them with headroom to spare. Dynamics are quite good on this set, there isn't much loss of the subbass and higher treble, which is frequently encountered in other TWS/BT adapter type IEMs. I really liked that the HB2 doesn't colour the sound much, it just faithfully transmits the sound signature of the attached IEM. So far I've tried about 10 IEMs with the HB2, from low sensitivity multi BA to single DD types and the above mentioned hungrier IEMs, the IEMs sound the same in terms of general FR as the wired version of these IEMs.

One thing I would have to nitpick, is that there is some hiss noted with high sensitivity type multi BA IEMs. One can mitigate the hiss to some extent by lowering the volume on the HB2, and just jacking up the volume from the BT device you are connected to.

I've done some A/B comparisons to the iBasso CF01 BT adapter (which is more expensive), the HB2 has better connectivity and range, with less subbass rolloff. I've had a few drop outs with the iBasso CF01. The iBasso CF01 comes with a charging case, but only has a MMCX non detachable connector, so that limits the IEM types that can be used with it. The iBasso CF01 also has no volume control on it, so if say one is far away from the BT device used to pair with it, one has to physically go over to the device to change the volume, unlike the HB2, which just requires a tap on the housing.

What happened to the eb2? I just tried mine after 2 years and remembered how good they are. But he no longer manufactures them. Are they some as good or better?
You must log in or register to reply here.